Big Jim was an international sensation in 1979, he just wasn’t available in the country of his birth. By 1979, Big Jim was still enjoying popularity in Europe where he had gone through several changes and permutations to become a strong competitor to the Hasbro lines based on GI Joe which was also no longer available in the United States.

This 1979 Italian catalogue shows just how versatile the Big Jim brand was, he was not just the action sportsman adventurer but a James Bond-like super spy, a cowboy, a soldier of fortune, an astronaut and a world explorer. Something I wish they would have done more of in North America. 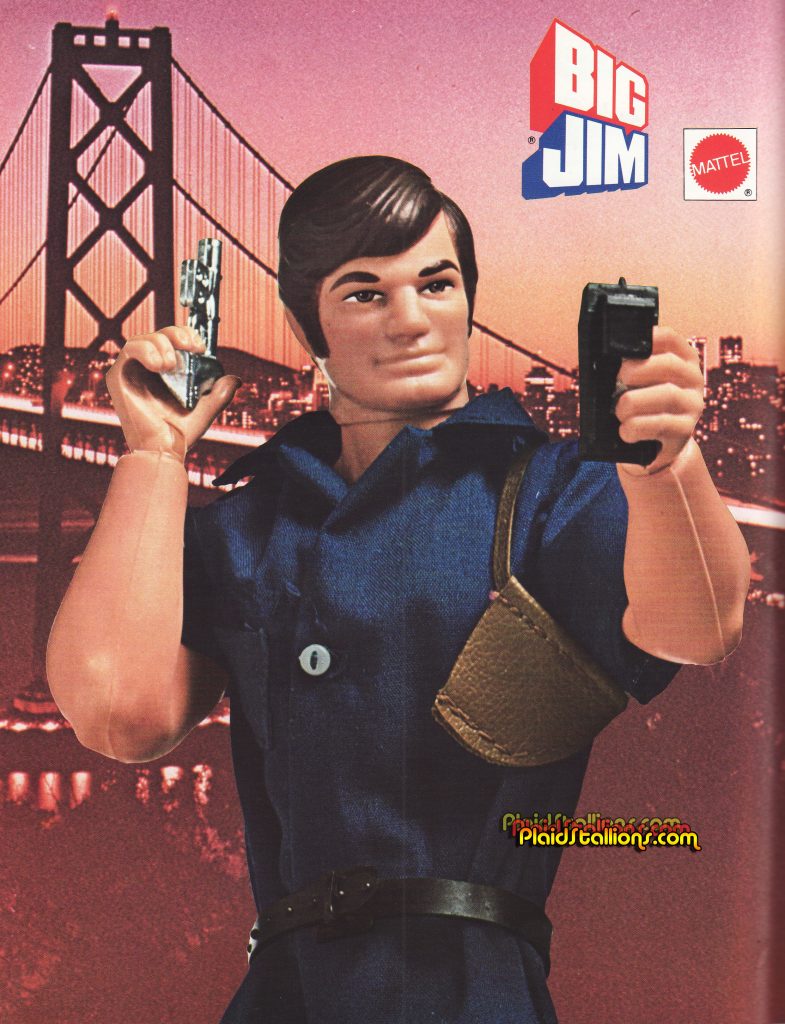 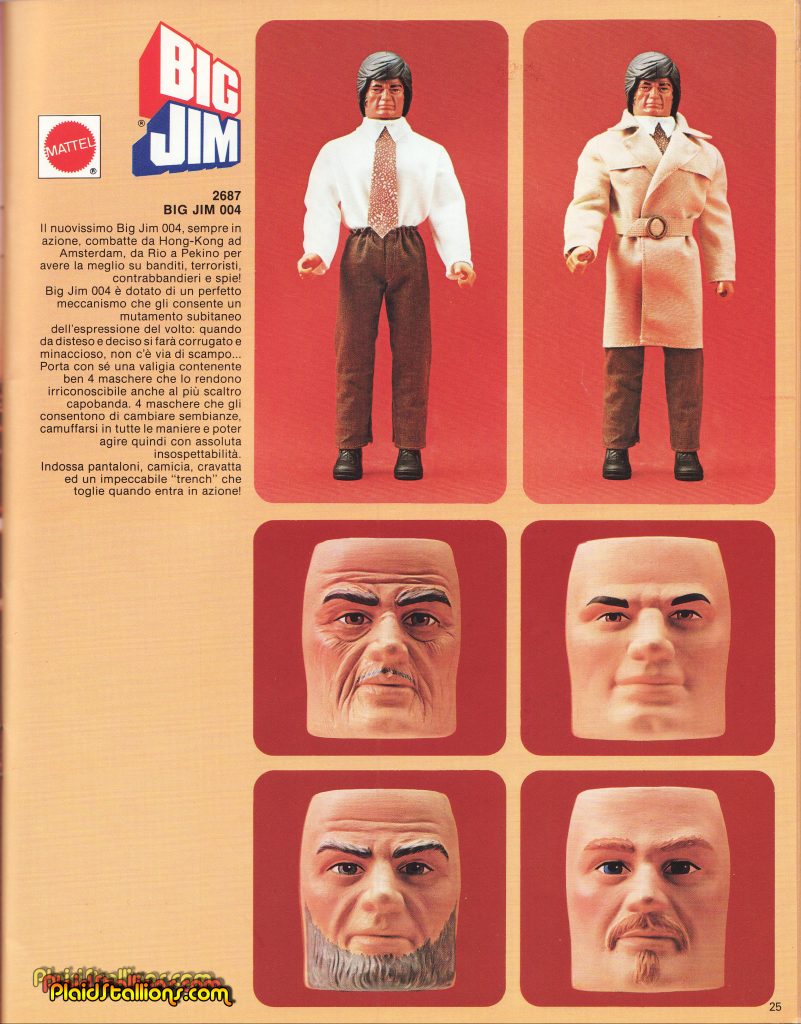 This 004 doll with the interchangeable masks was also sold as James Bond in some countries. 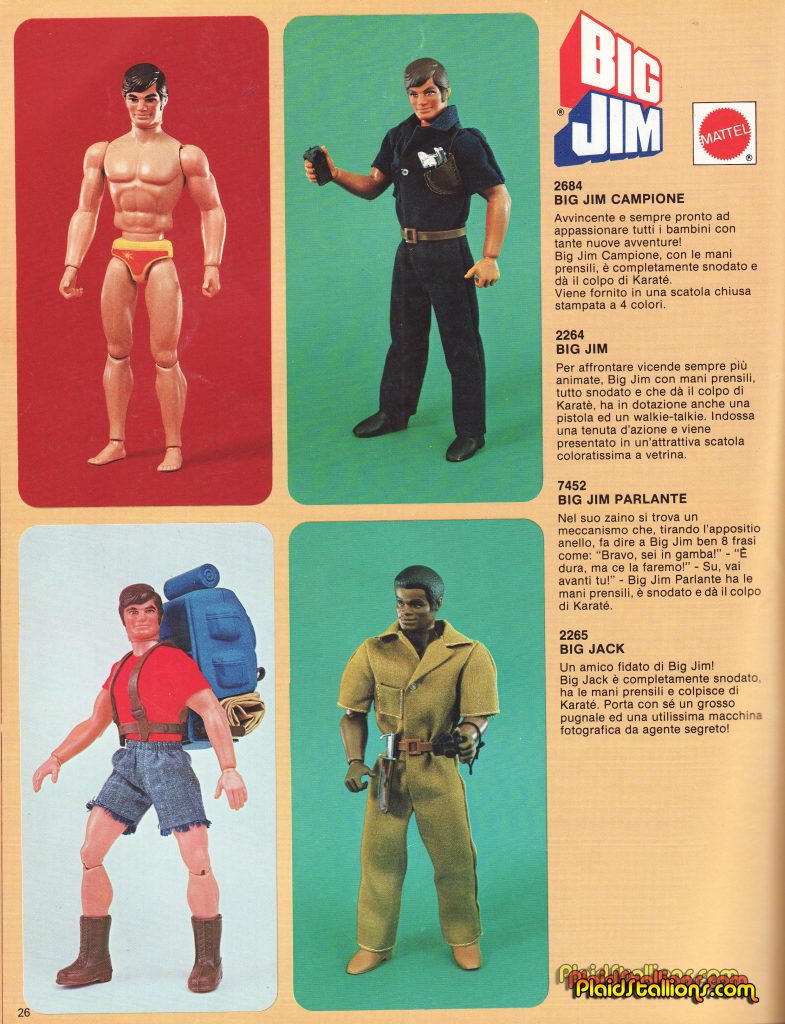 The Big Jim figures had slightly evolved over the years, the new hands were especially good. 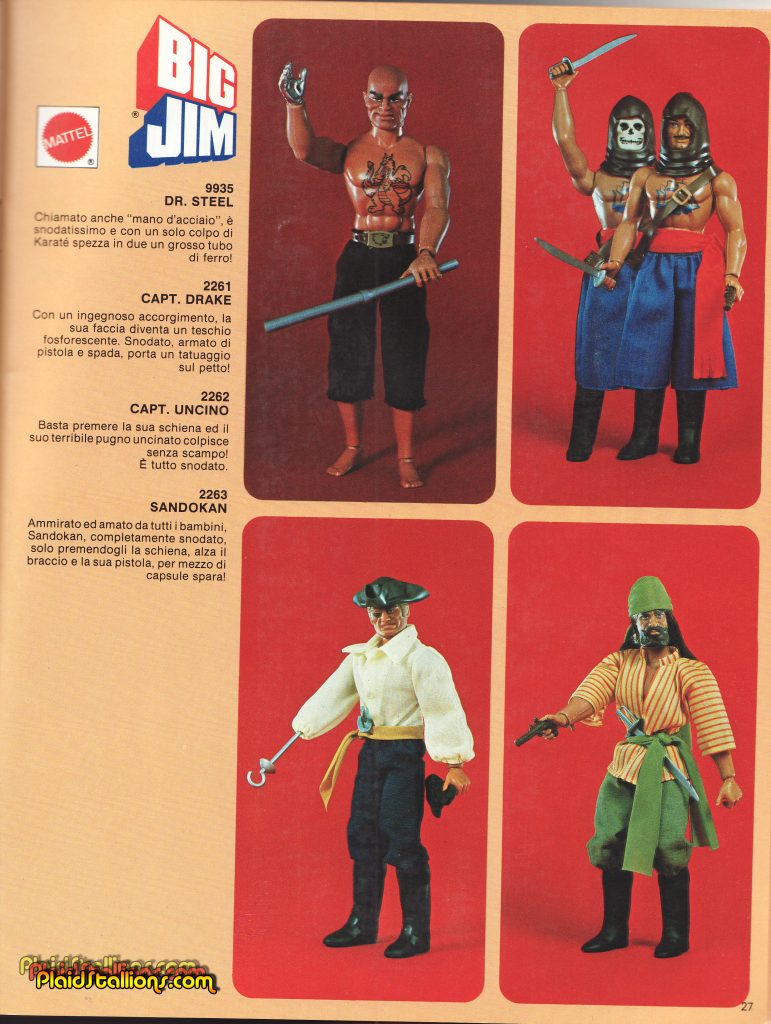 Like I`ve said many times on the site, I think these Big Jim pirate figures are nifty especially considering they`re made up of recycled parts. 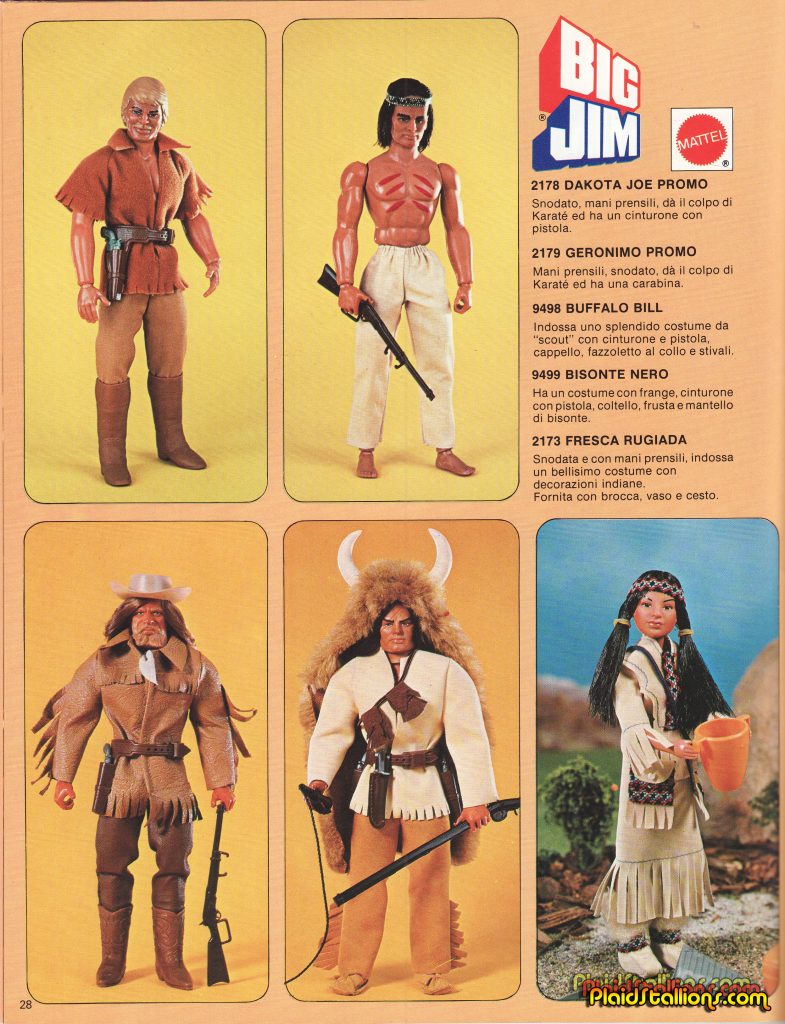 The Big Jim western items were also clever bits of recycling, it amazes me as to how popular this theme still was in Europe. I’m also amazed to see a female character in the line! 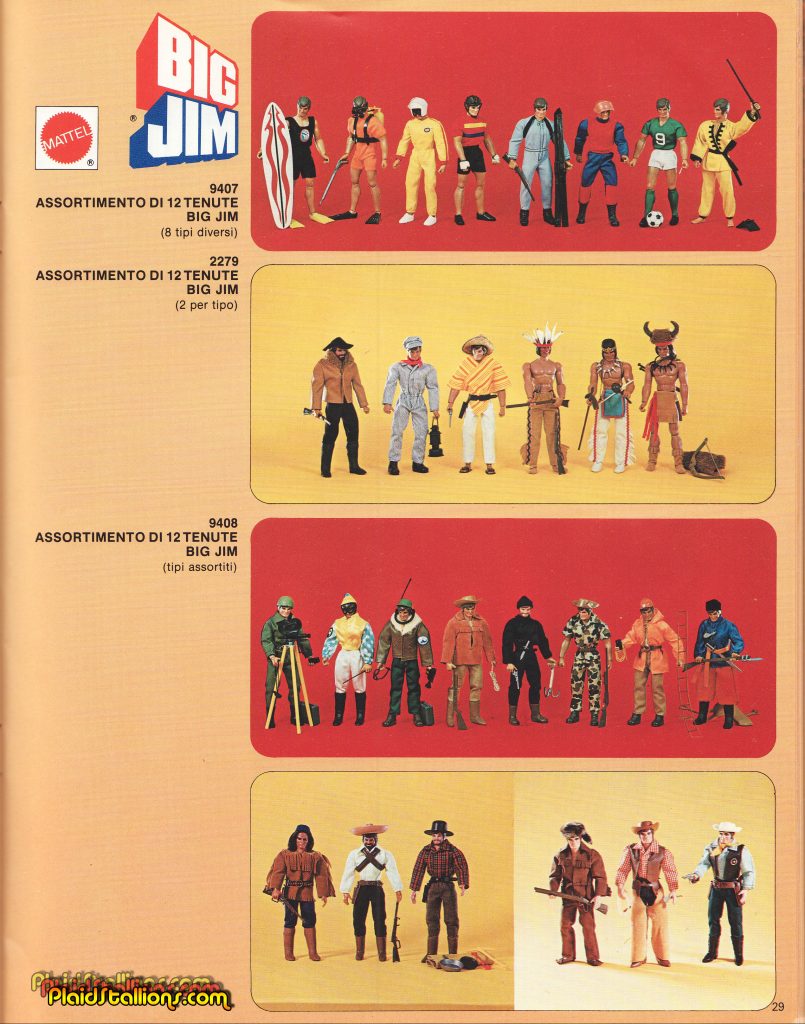 I recognize a lot of these Big Jim outfits from the original sportsman days, a little P.A.C.K is also mixed in there. 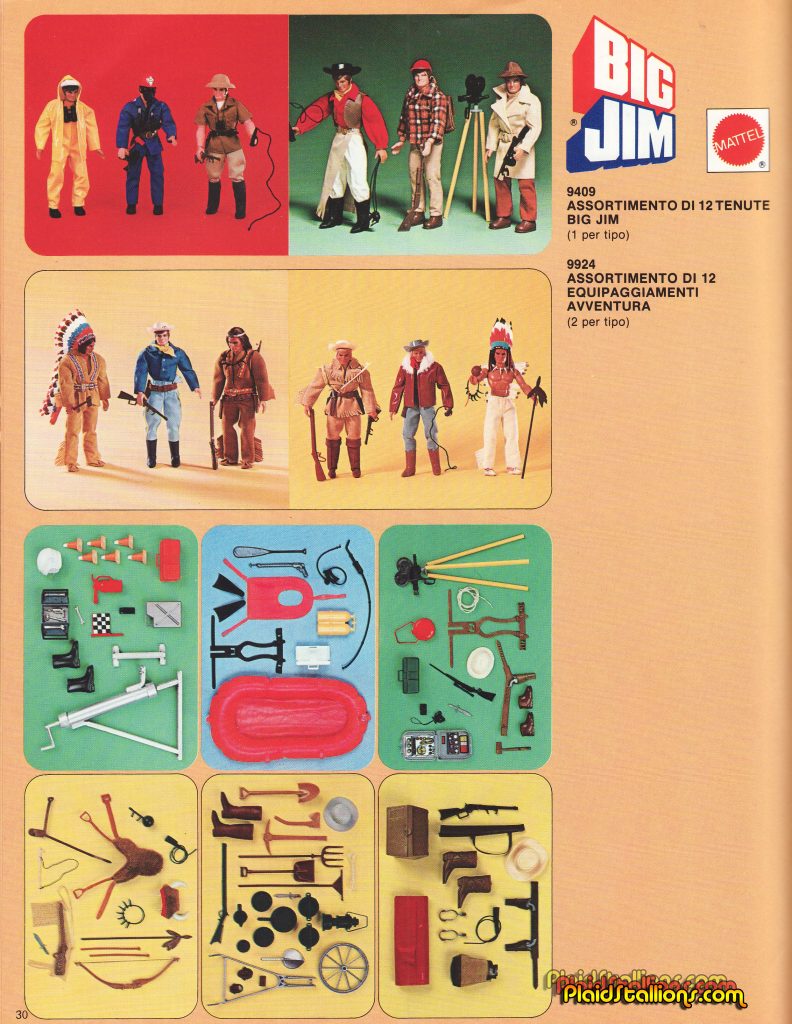 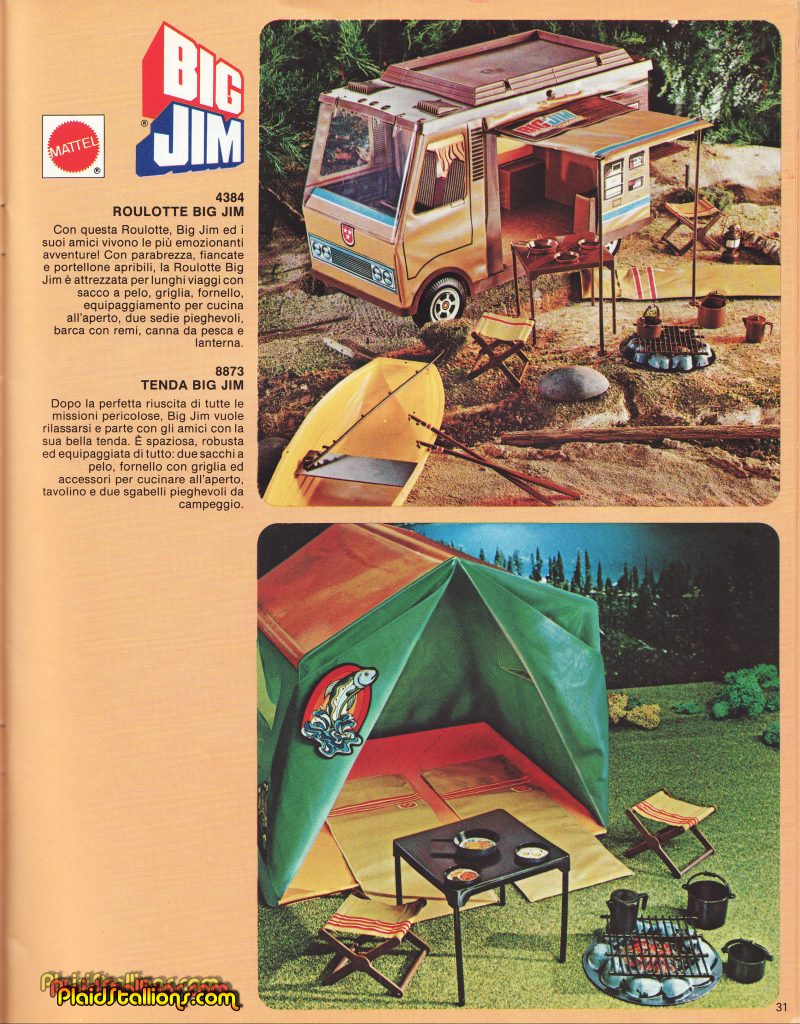 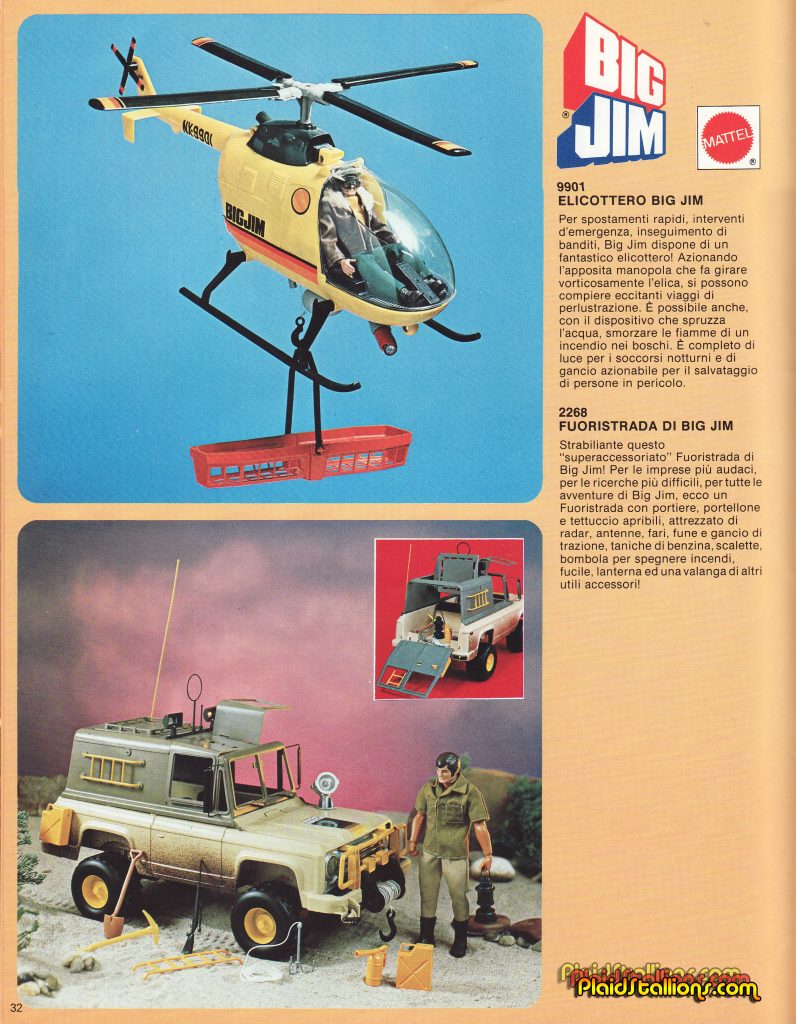 The Big Jim Helicopter was a European exclusive toy. 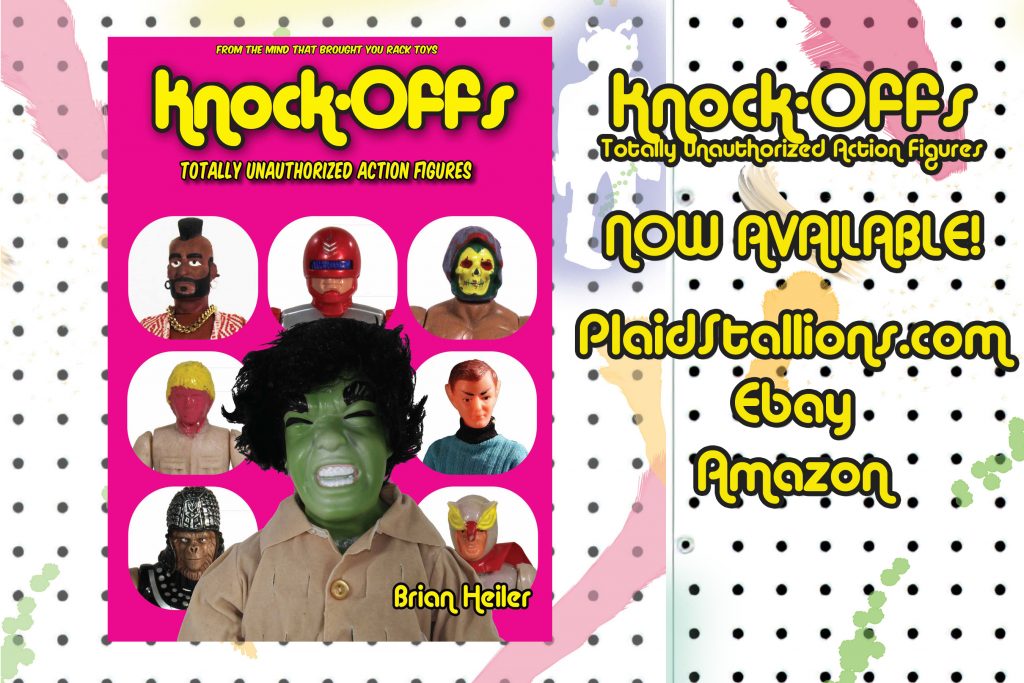 I wish some of these sets would have been available in North America, especially that scuba set. 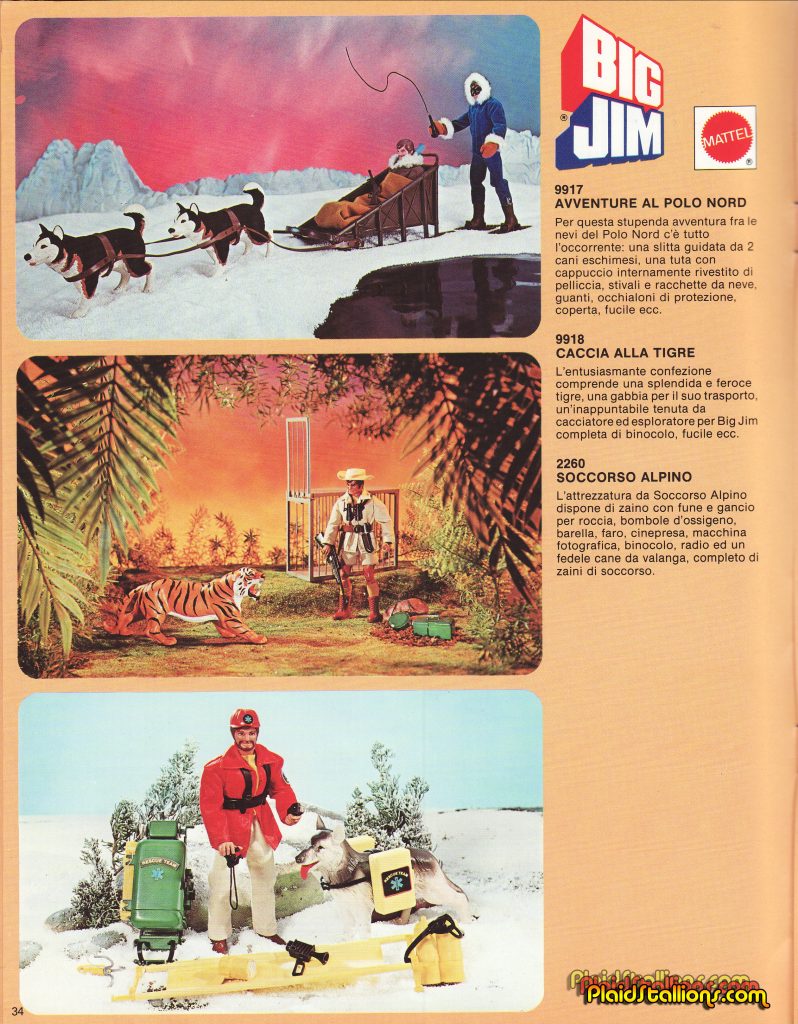 That Tiger would later become Battle Cat from the Masters of the Universe line. Unfortunately, the Huskies from the dog sled never made it to Eternia. 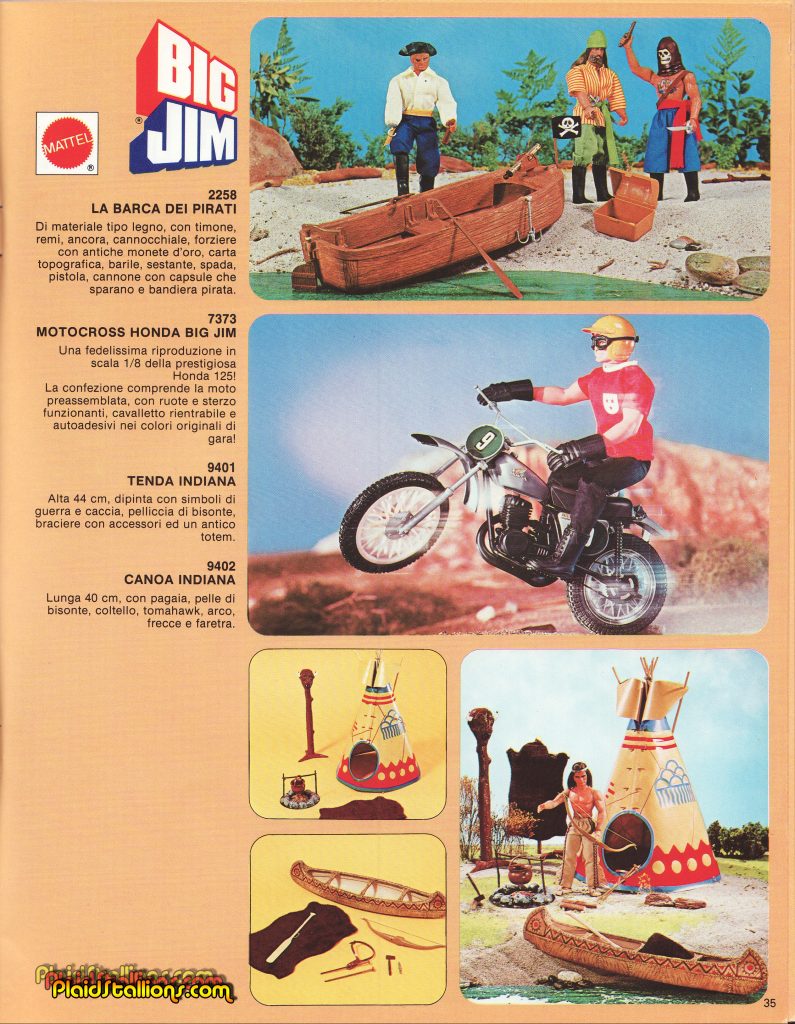 The Big Jim Pirate theme was so popular it got a boat! 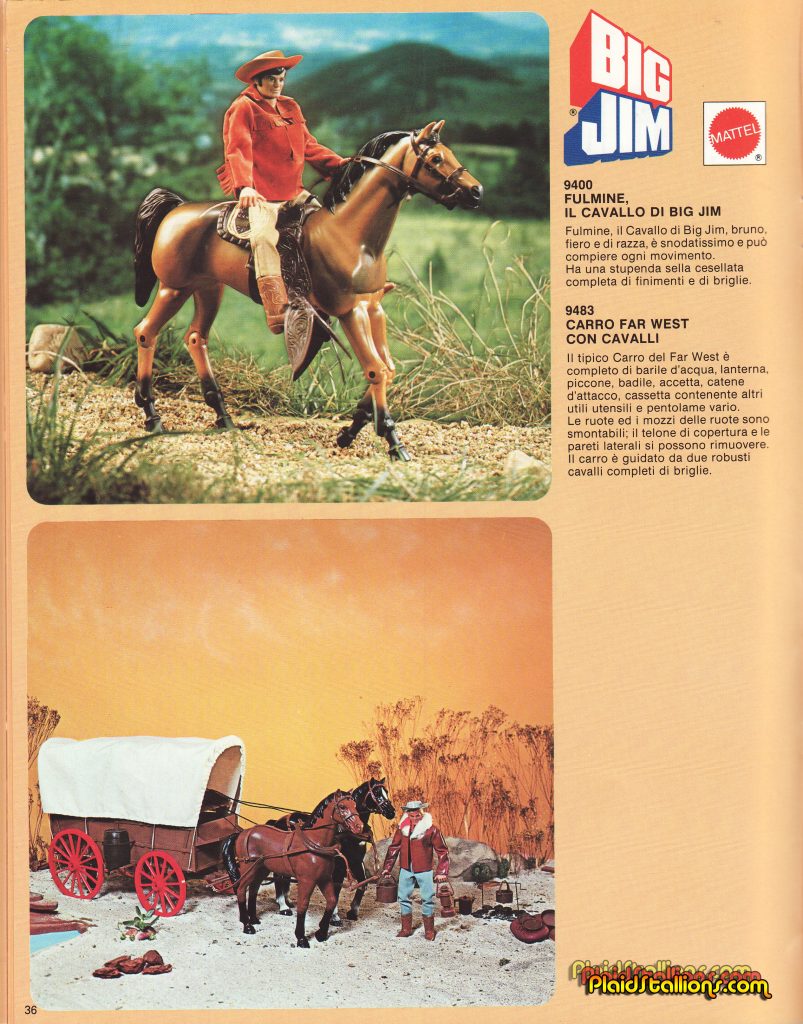 Both of these European Big Jim sets are amazing. I want to know what’s up with the mask that comes with the Scuba set and the space set is actually recycled Major Mason parts. Mattel you are so thrifty! 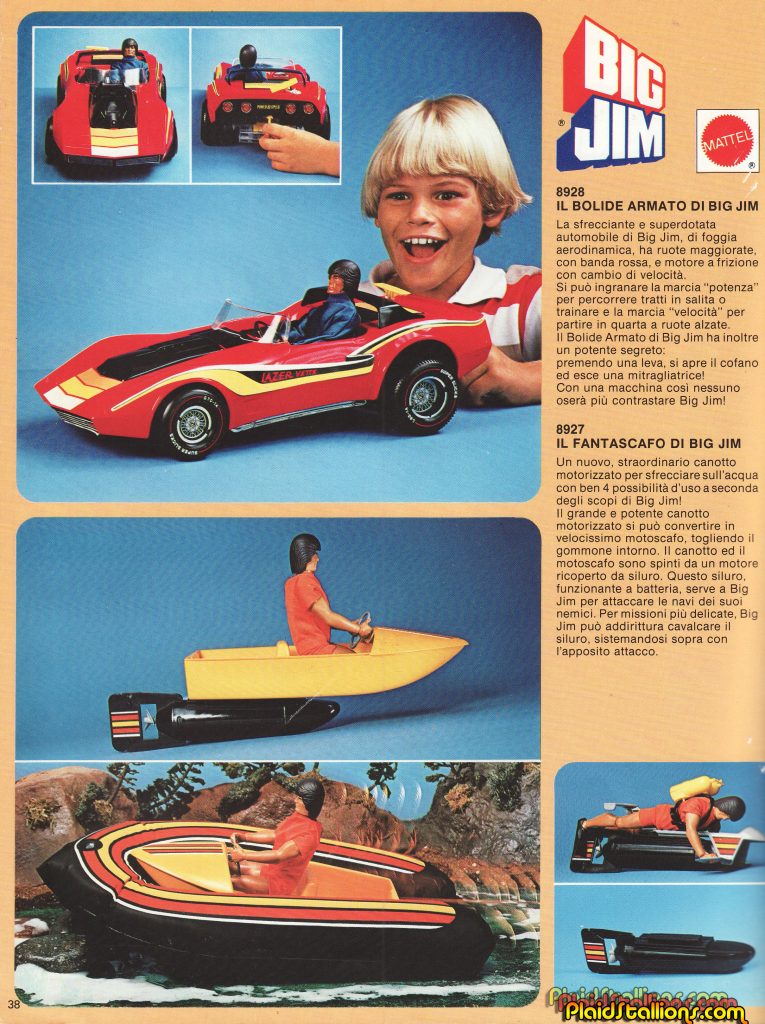 Above is the second version of the Big Jim Lazervette vehicle it’s been heavily modified from the original US release, the speedboat was another European exclusive. 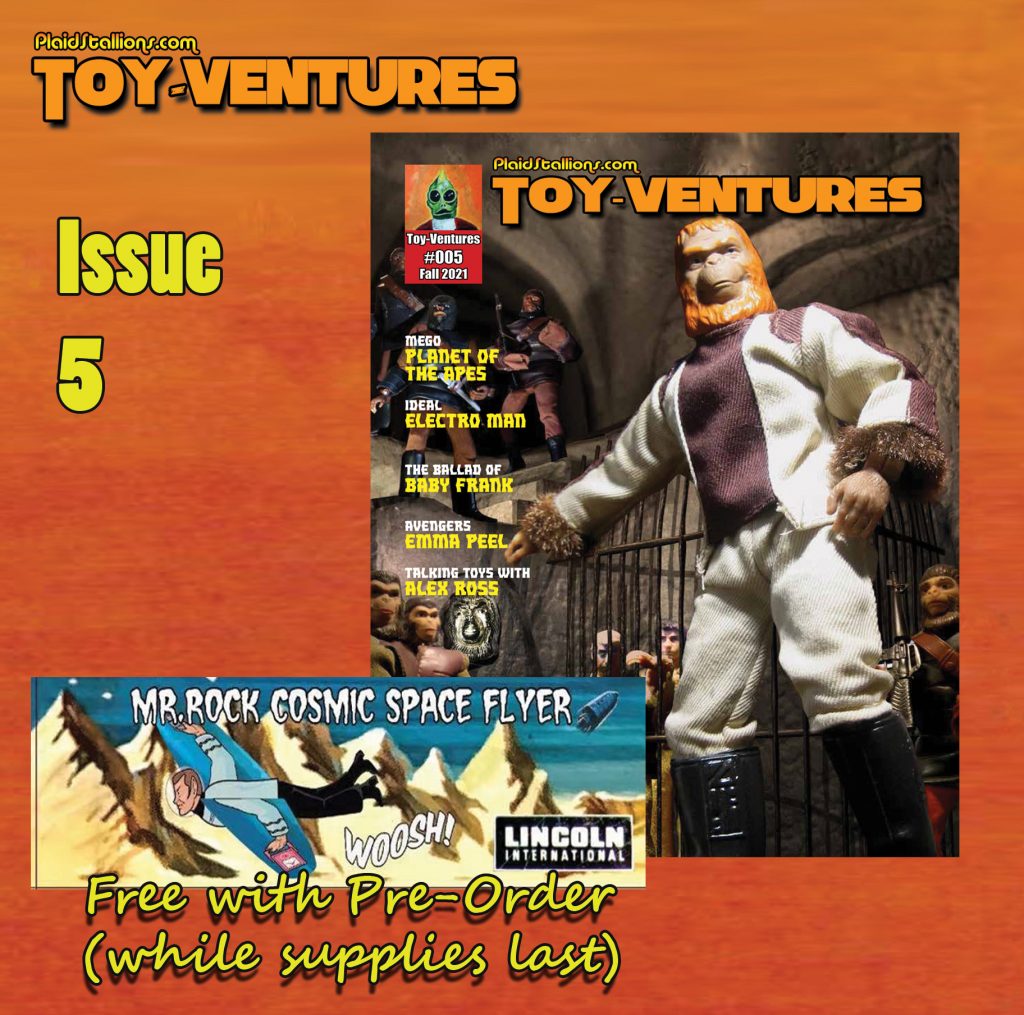