Toy-Ventures is a new toy collector magazine coming to you from PlaidStallions press, who brought you MegoZine, Knock-Offs and Rack Toys: Cheap Crazed Playthings.

Did you miss print toy collector magazines? So did we and that’s why we created Toy-Ventures magazine in 2020.

Toy-Ventures magazine is an old skool full-colour print toy collector-focused publication featuring toys and action figures from the 1960s to the 1990s in a comprehensive manner.

Each issue of Toy-Ventures magazine will feature collector guides, rare photographs, interviews, and articles by some of the toy experts in the Collector Field. It’s a quarterly celebration of our childhood friends!

You can order Issues of Toy-Ventures magazine here.

Basement of Horror– Monster toy guru and popular YouTube host Ray Castile is launching his first column with us and man; October is the perfect month for this as we talk about “The Incredible Melting Man.”

The Warriors Toybox– We’re elated to have Chance Priest join us for a recurring look at the neat stuff in his toy box. If you don’t know Chance’s work, you’ve been missing out; he’s a trip! The first article is all about some obscure Remco Warrior Beast toys that will have you scouring eBay.

Ghoul Like Motion– Heath Smith guides us through the world of Telco Monster Motionettes; he’s done a fantastic job of creating the ultimate guide to these Halloween classics.

Mid-Way Warriors– Shogun Warriors expert Dave Keymont joins us this issue for a look at the bootleg carnival rip offs of our favourite Machinders, this is just the beginning of our journey with Dave.

The Birth of RoboSkull– Our pal Tony Roberts (Analog Toys), alongside Bob Brechin (former Palitoy designer) takes us on an in-depth tour of developing one of the coolest 80s toys ever made, the Action Force Robo Skull. You will love this.

Mego Goes Ape Part 4– Our ongoing series covering the Mego Planet of the Apes line talks about the best-selling playsets of 1974 with input from Mego’s Marty Abrams.

A Wanted Man– Who is Big Bad John, he’s one of the rarest action figures out there, and to collectors of Lincoln International, he’s our rocket-firing Boba Fett!

Single Ladies from Outer Space– The Galaxy Maidens are a bizarre entry in 80s toy history, mainly because they look like they came from a 1950s B-Movie.

Battlestar Inflatica– This article discusses the fantastic Battlestar Galactica toys we didn’t get from GLJ.

SPECIAL LIMITED TIME OFFER-All this, and if you act now, you’ll be guaranteed a set of Knock-Off Puffy stickers featuring Mr. Rock, Space Flyman, Dr. Zorma from the Astro Apes, the Incredible Bulk and Zing from the Star Raiders. Artwork by the incredible Chris Franklin. This HUGE pack of stickers is yours free with purchase while supplies last. 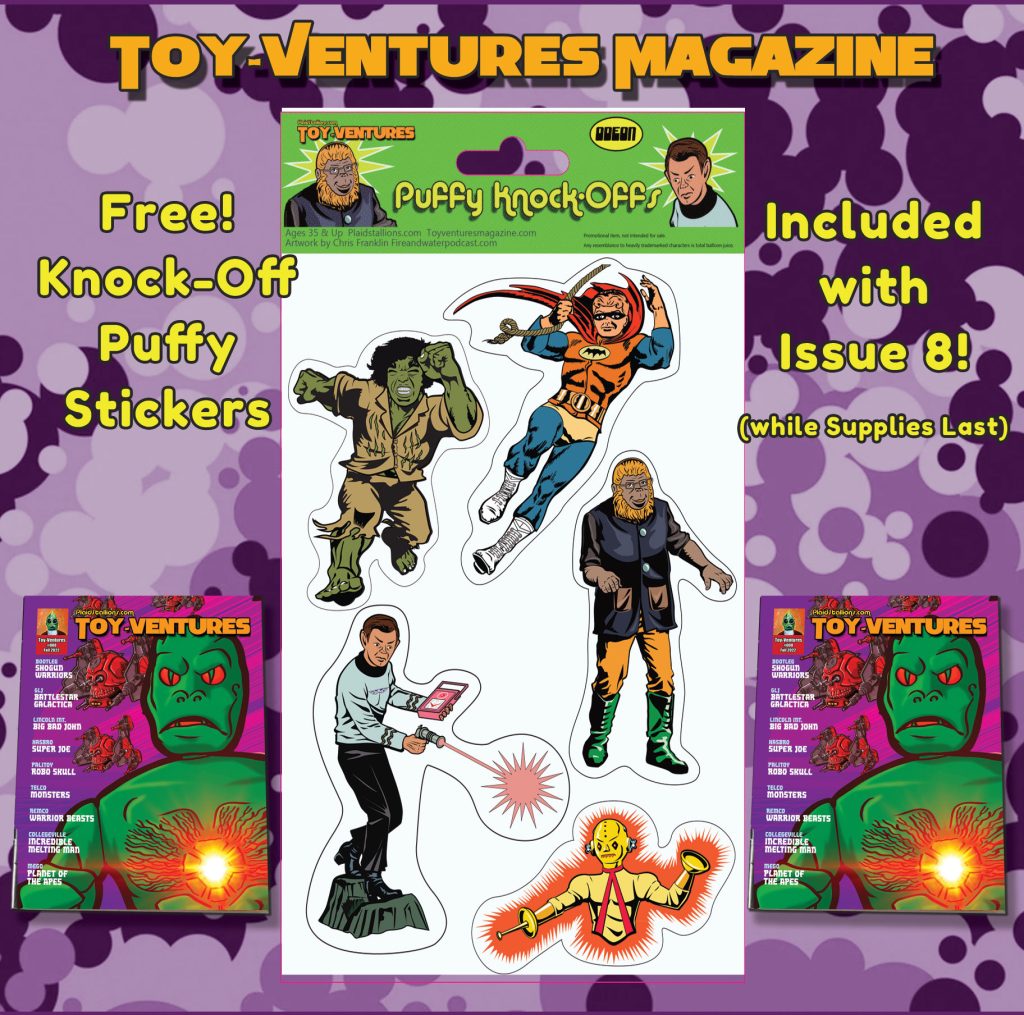 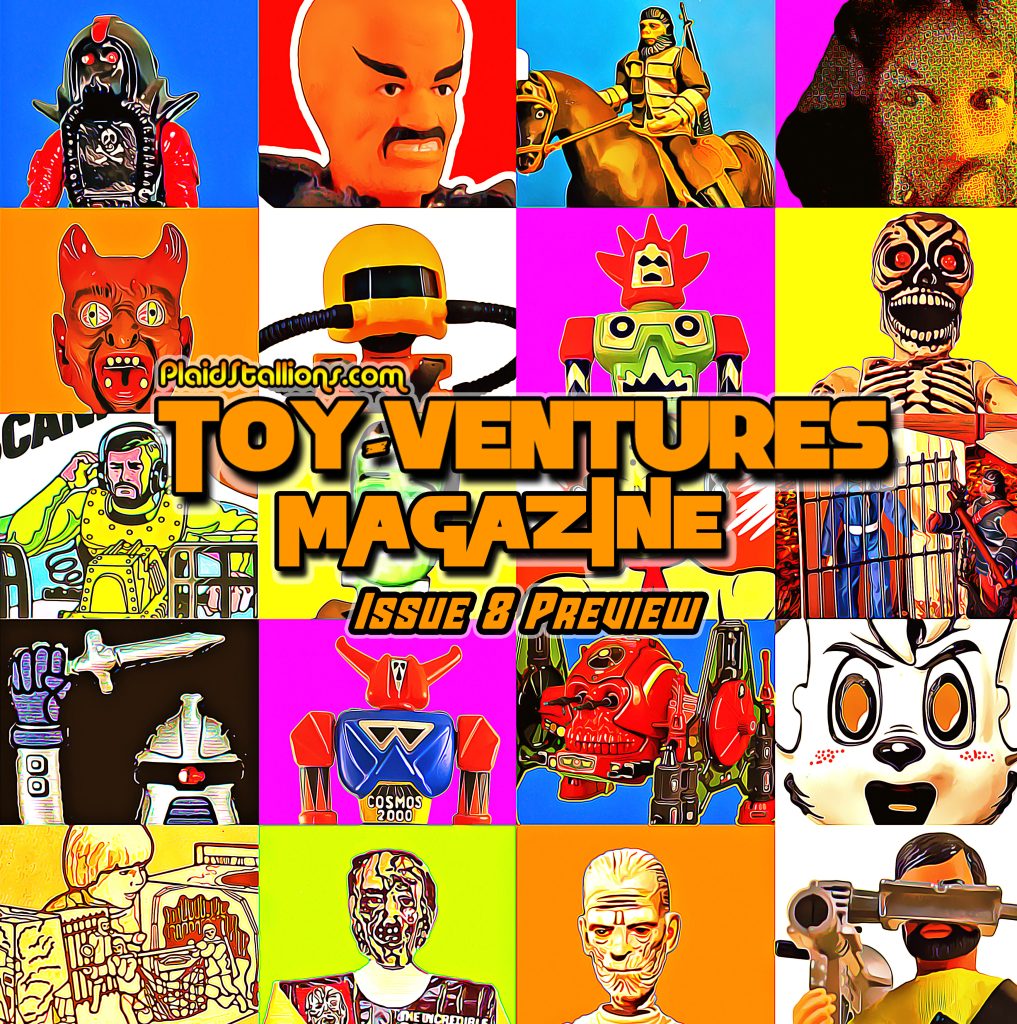 Subsequent issues of Toy-Ventures magazine will cover toys from the 1960s to the 1990s by Mego, Hasbro, Remco, Ideal, Lincoln International, Tomland, Palitoy, Tonka, Kenner, Arco, Matchbox and many more, with guest articles written by some of the top collectors in the field.