Before becoming a true 70’s juggernaut with lines like “Star Wars” and the “Six Million Dollar Man”, Kenner was more experimental with their action figure branding, often creating fun generic lines such as Steve Scout and Duke The Super ActionDog. Duke was a German shepherd (the go-to dog of the 1970s it seems) and man, he had “Bruce Wayne” money it seems!

The Duke toy line truly was an original concept, never had a toy line such as this been tailor-made for a character who couldn’t speak! Duke lasted a couple of years actually and would see TV star “Run Joe Run” added to the line as well. 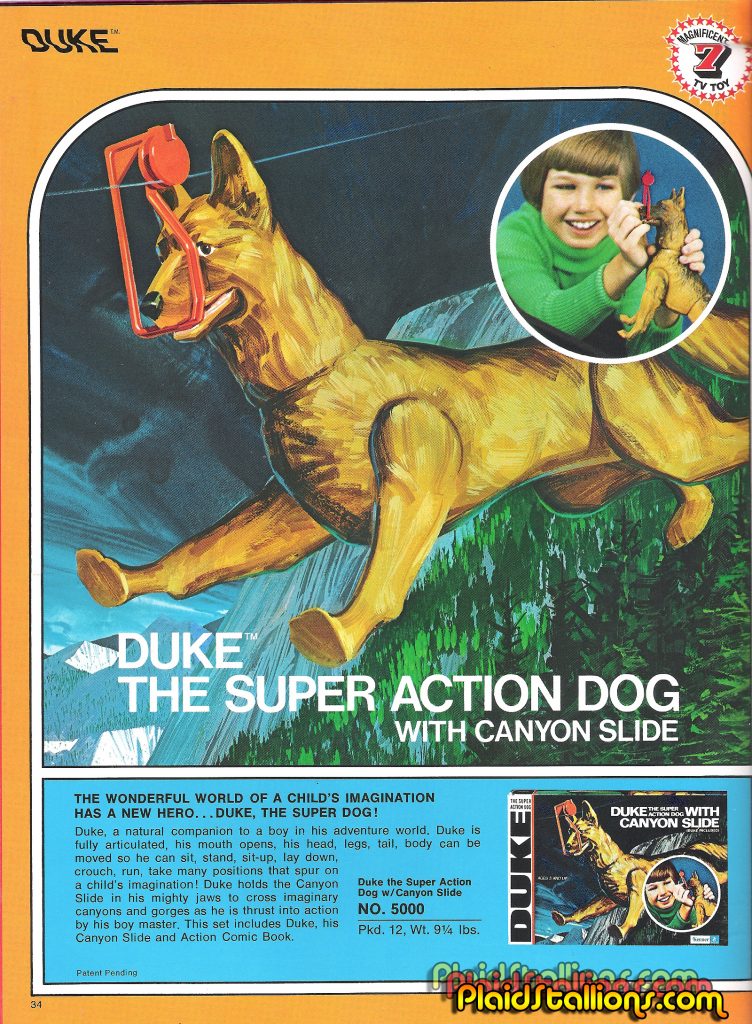 The basic Kenner Duke set includes a cool rope slide, the biggest challenge with the figure must be the fact that Duke can’t hold anything save for with his mouth. As you can see by the pictures, Duke was pretty damn big, he’d have intimidated G.I. Joe or Big Jim and would be a huge threat for the Mego Superheroes. 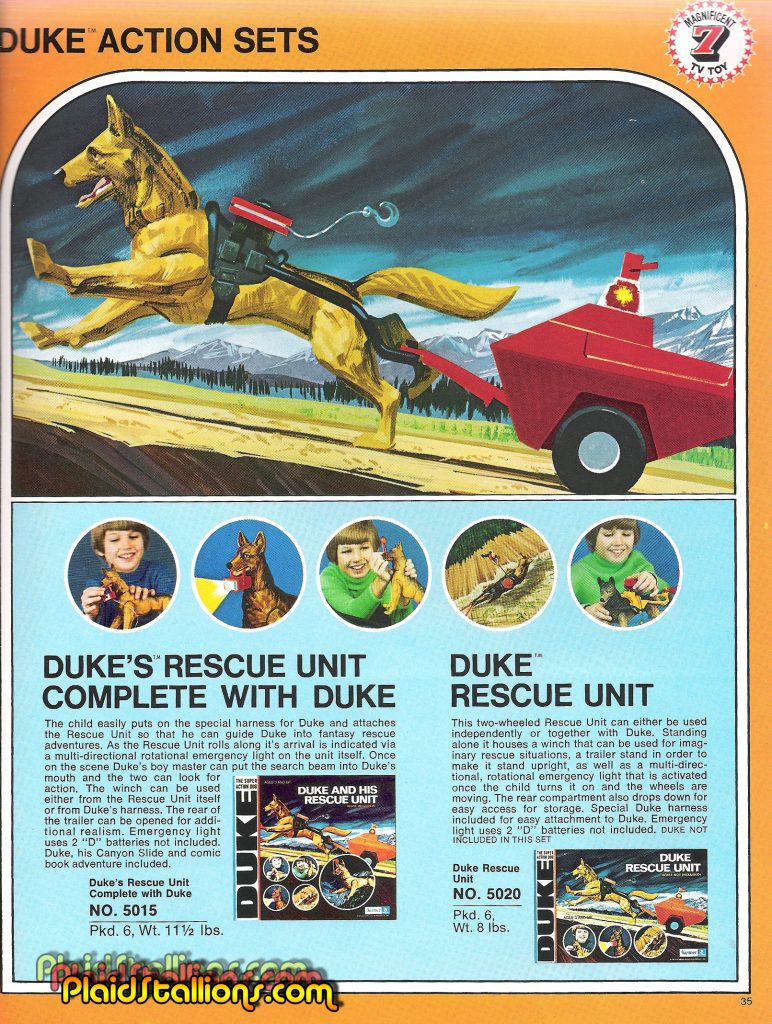 Instead of the usual van (which would make no sense), Duke gets to lug around a wagon with a searchlight and as the copy states ” the rear of the trailer can be opened for additional realism”. Additional Realism is the same kind of thing you get when a DVD’s special features include “menu”. This also had a flashlight and it seems Kenner offered a deluxe set that came with Duke. The Kenner Duke the Super Action Dog even had his own Batcave playset with an elevator, a computer(?), and a periscope so Duke can search for people to rescue. In case of fire, he can strap on a water tank to his “mighty shoulders” and save the day.  All the copy in this catalog refers to the child playing with this as “the boy master” which is strange because growing up my sister would have wanted this way more than me.