It may seem odd to launch a Monster themed page in December but it’s Halloween all year round at my place and it’s rare these days that I get this excited, so it simply couldn’t wait.
Tomland is probably best known for the Star Raiders, an 8″ Mego like line of action figures clearly meant to mimick Star Wars. However, they also produced a very fun line of Monster Action figures and released two sets with what seems like a few year’s gap between them. 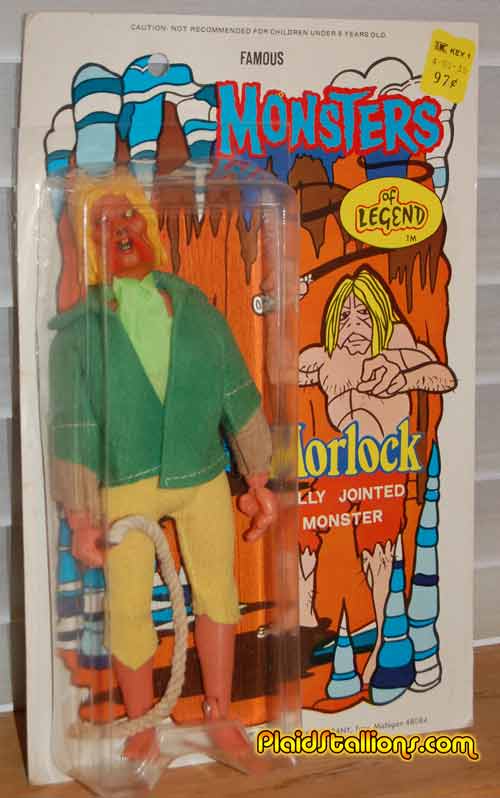 The first series consisted of four figures, most have seen them as they were readily available across the country in stores such as K-Mart. 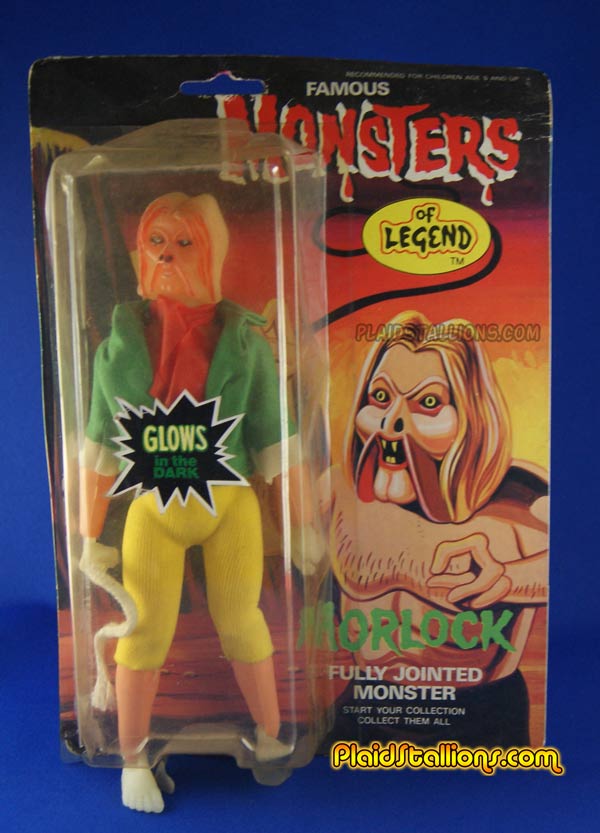 However, the second series, produced in 1980 seems to have seen almost no distribution. It consisted of 8 figures, the first four characters from series one (now in “glow in the dark” format) and four new characters which were pretty big names. Namely Frankenstein, Dracula, The Mummy and the Wolfman.

What makes this even sweeter for me is that Tomland seemed to be directly copying the Lincoln Monsters which most would know are my favourite monster toys ever. Sadly, they are also some of the hardest to find. 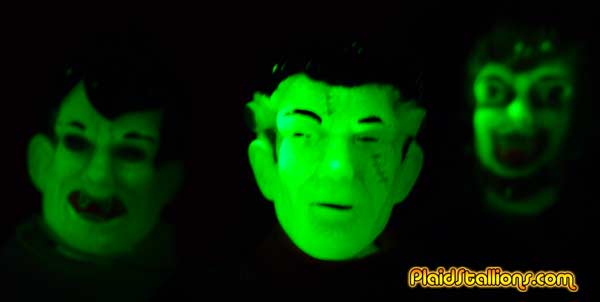 So I’m especially proud to be able to, for the first time (to my knowledge), present the entire set of Tomland Famous Monsters of Legends figures in their own archive. Got something I don’t have and want to share? Email me!

Other Action Figure Galleries on PlaidStallions