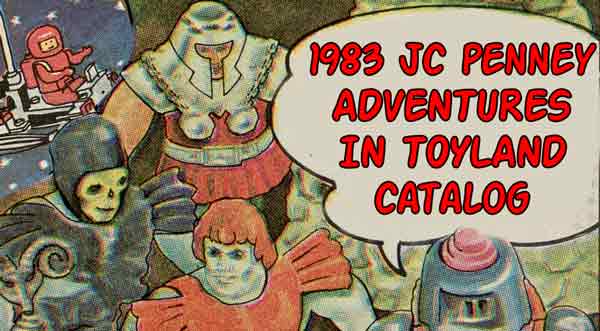 Another fun trip down memory lane courtesy of the JC Penney toy flier. The Penney Flier always kind of went a step up from normal advertising and this 1983 brochure looks more like a cool comic book than an advertisement.
1983 is a great example to have thanks to the metric ton of iconic 80s toys in between these covers including, Barbie, He Man, GI Joe, the gang from Star Wars, and the Adventure People. 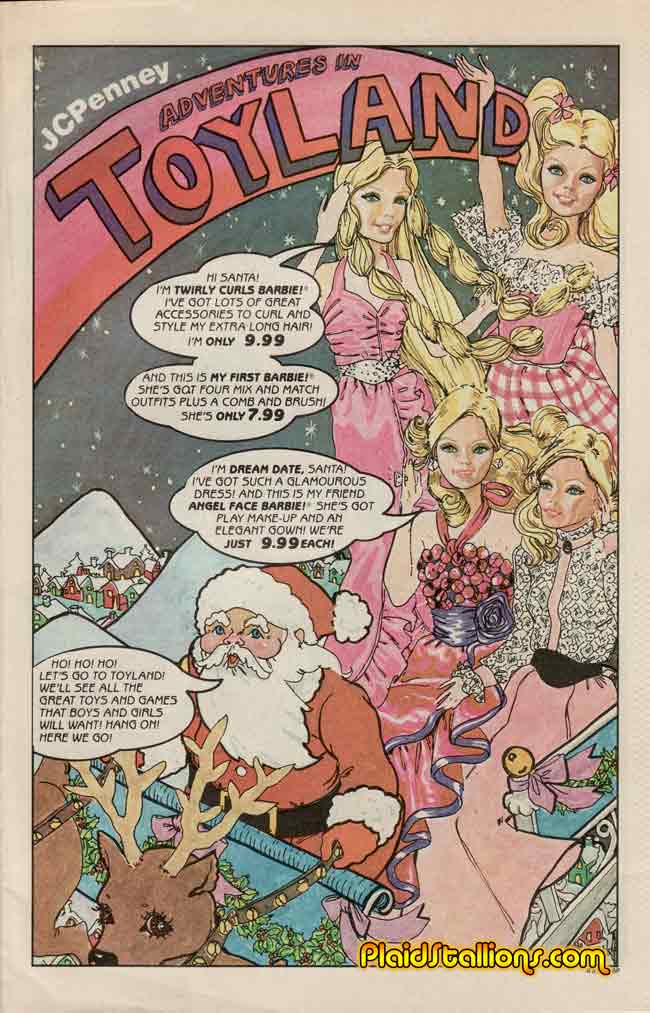 I guess it shouldn’t be a surprise that Santa and Barbie has a close working relationship…. I have zero recollection of Charmkins, most likely because I was a pre-teen male at the time. 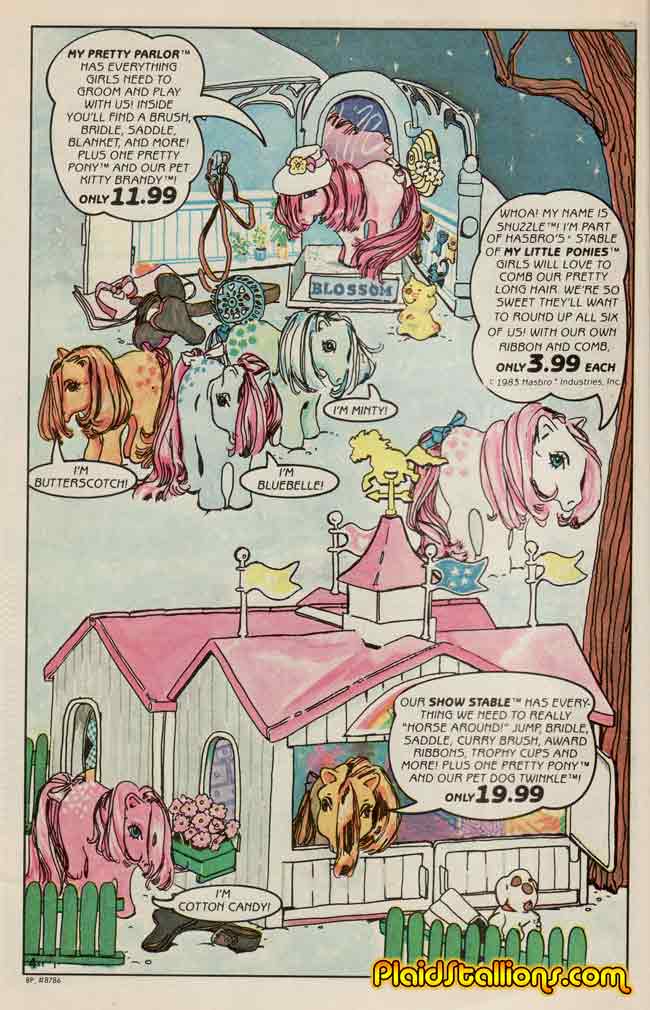 Unlike Charmkins, I remember “My Little Pony”, mostly because I’ve had it’s jingle in my head since 1983! 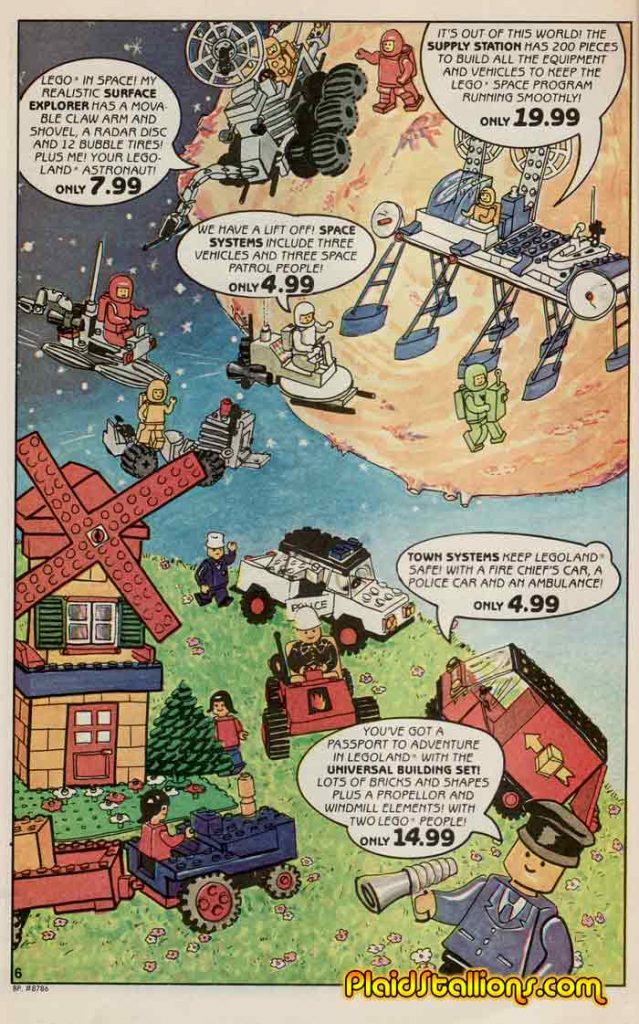 Space Lego truly was one of the most perfect toys in the universe, why have they not been reissued? 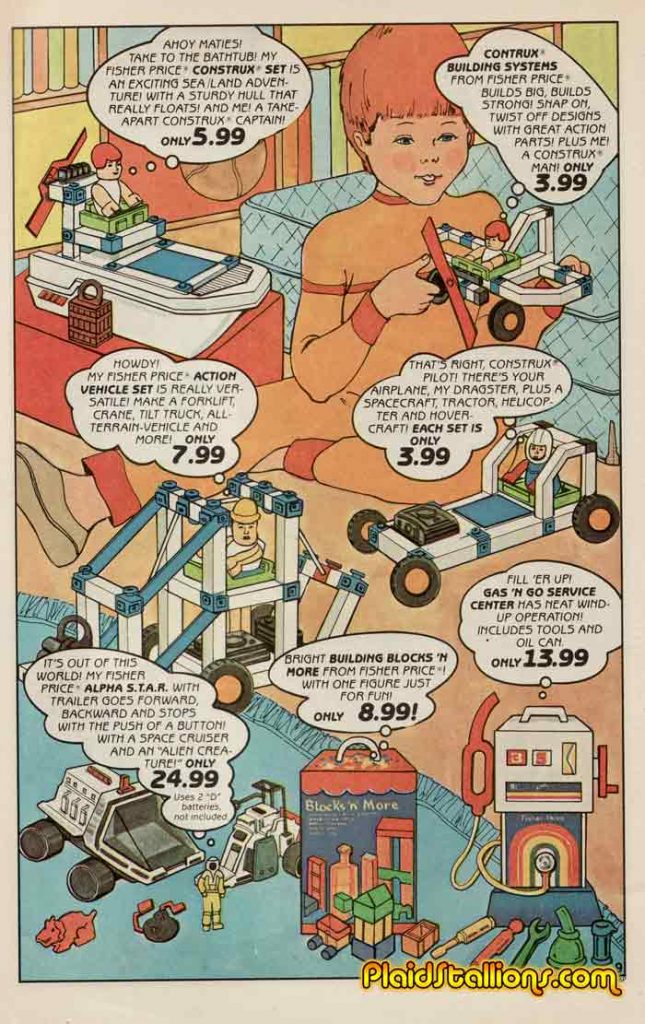 The Fisher Price Adventure people still got a little love in ’83. 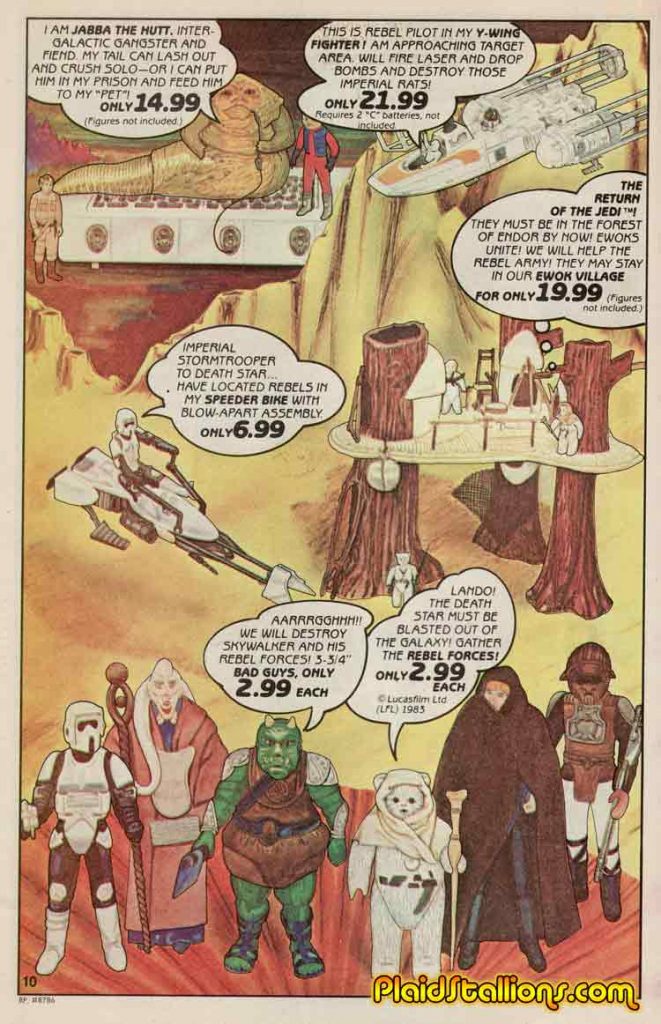 Star Wars was still a big deal in ’83 but the finale of the trilogy signalled the end for action figure series as well. 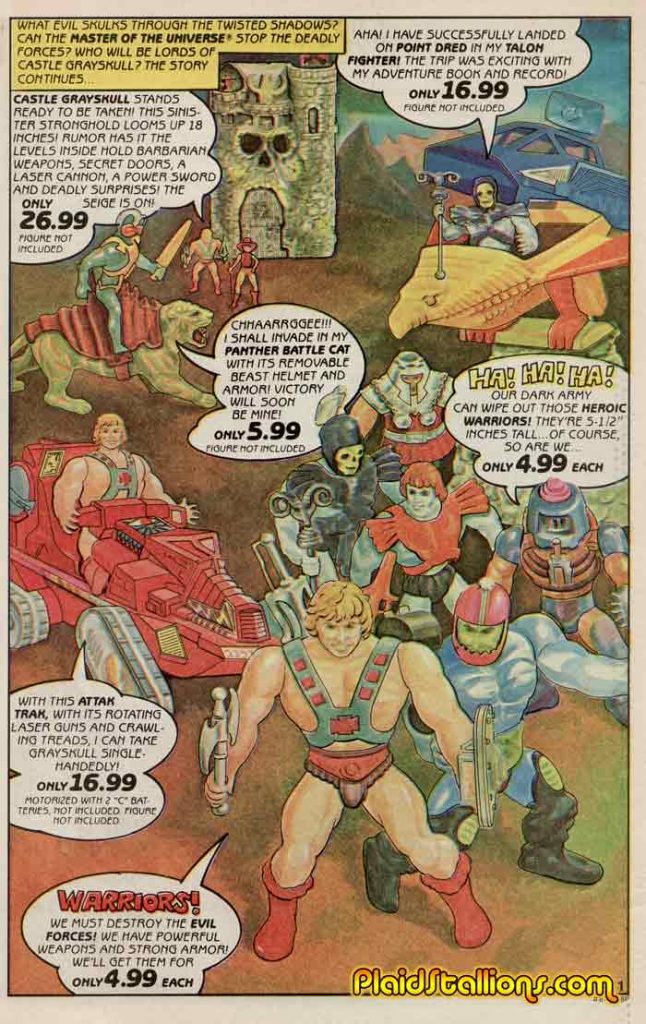 It’s interesting to see how many toy concepts from this era are still widely available today. 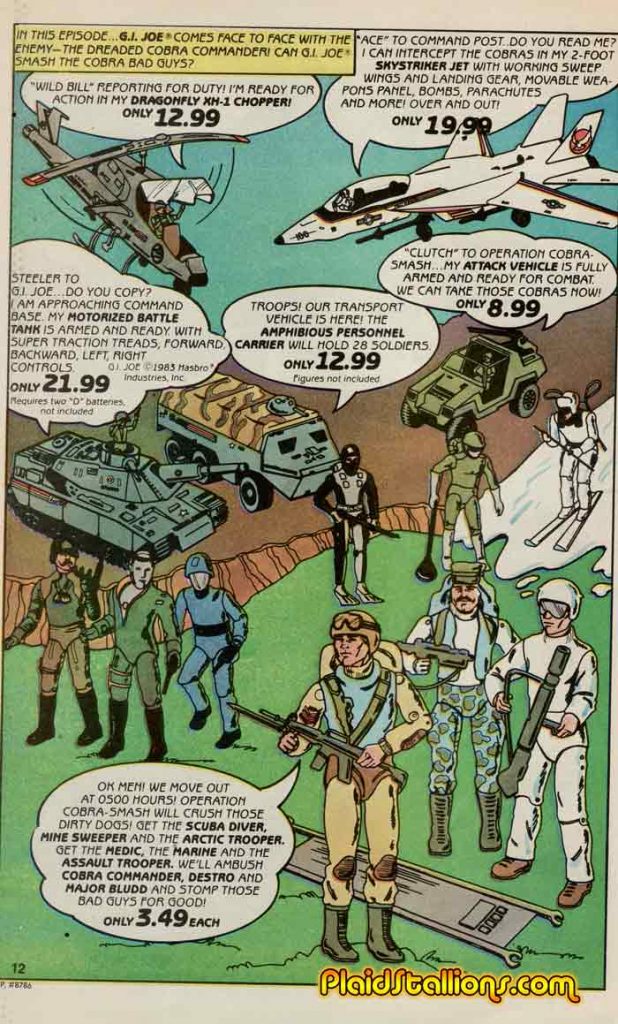 Yo Joe! Another long running item from the 80s. 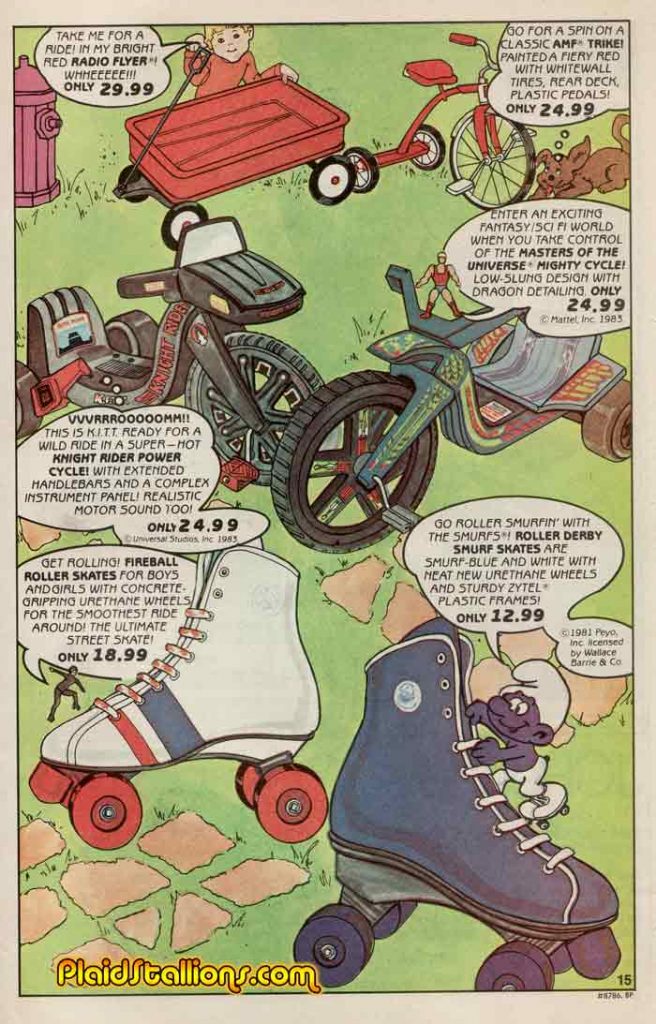 I’d like to see David Hasselhoff on that KITT bike. 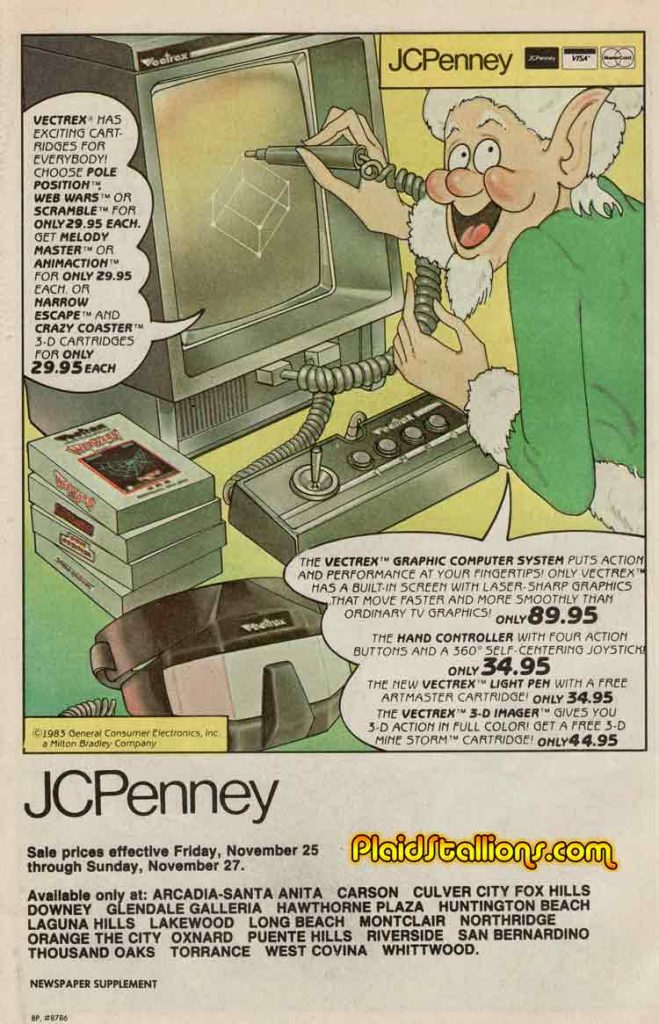 I made a very organized pitch for the Vectrex system as a teen, I was shot down with great impunity.