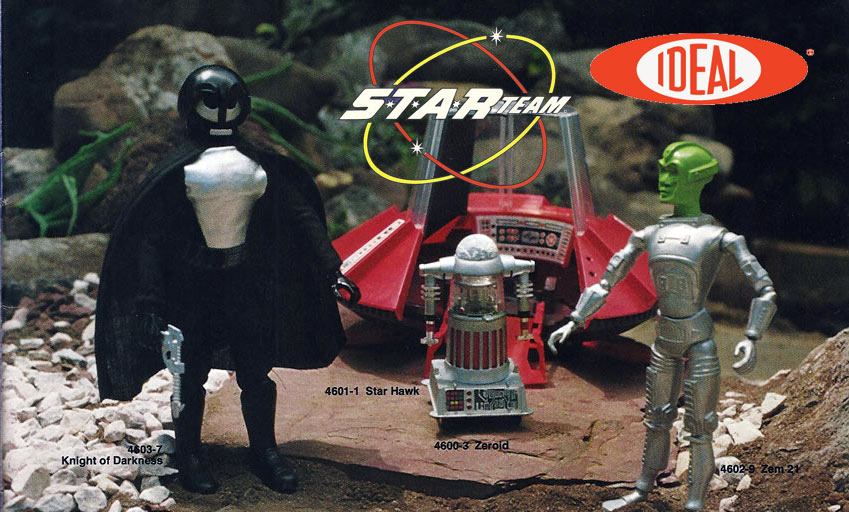 They say imitation is the sincerest form of flattery, which means Ideal Toys was very fond of George Lucas when they hobbled together these spacey toys and rushed them off to market. Lucas in turn sued Ideal but lost because everything including the S.T.A.R (which stands for Space Travel And Reconnaissance Team) Team name had been recycled from earlier ventures. In the laws eyes, the S.T.A.R team was merely Ideal rehashing an old concept and well, they were but with a 70’s twist. 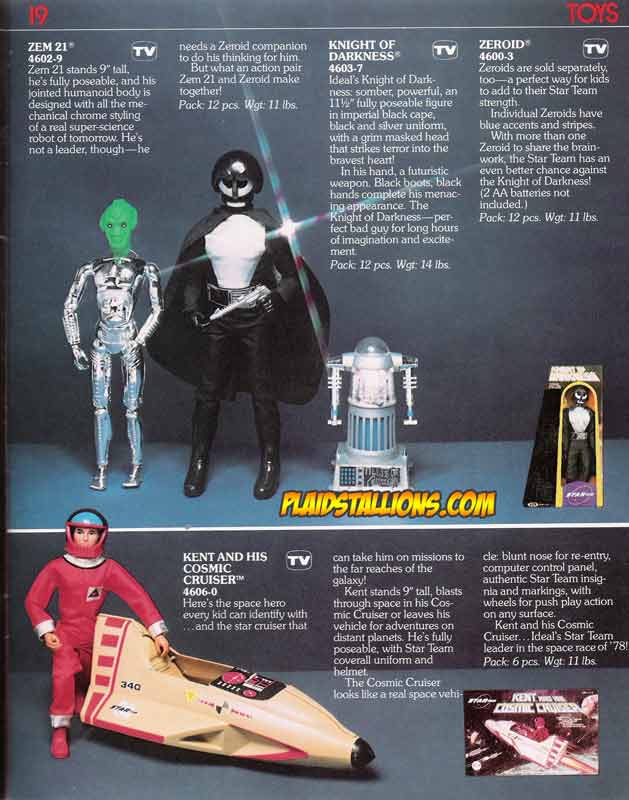 The robotic ZEM21 was built on a retooled Ideal JJ Armes body. Knight of Darkness, was a Captain Action made “Darthier” with a new head, original boots and a pistol from the Flash Gordon set. Zeroid was exactly that, a Zeroid from the 1966 line of robot toys. 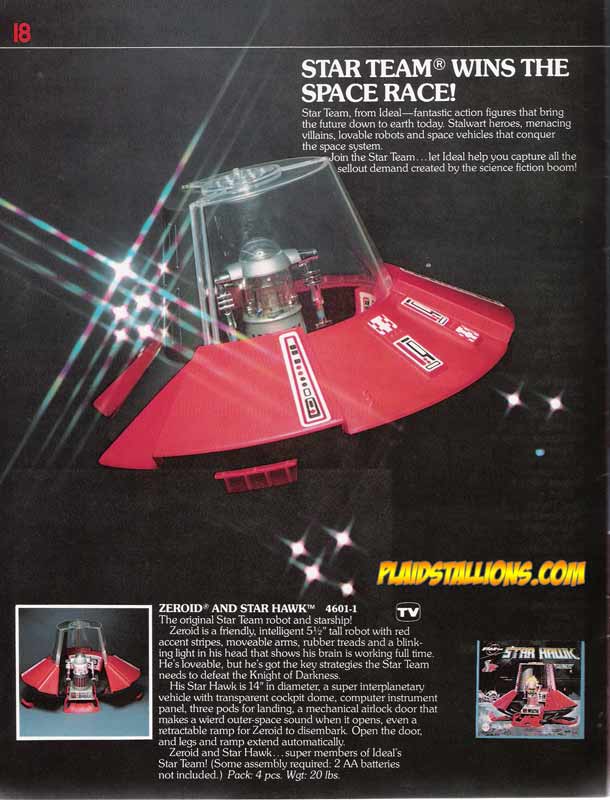 Zeroid and Star Hawk were also leftovers from the 1966 Zeroids line, what’s weird is how much that figure looks like R2-D2 but actually predates him. 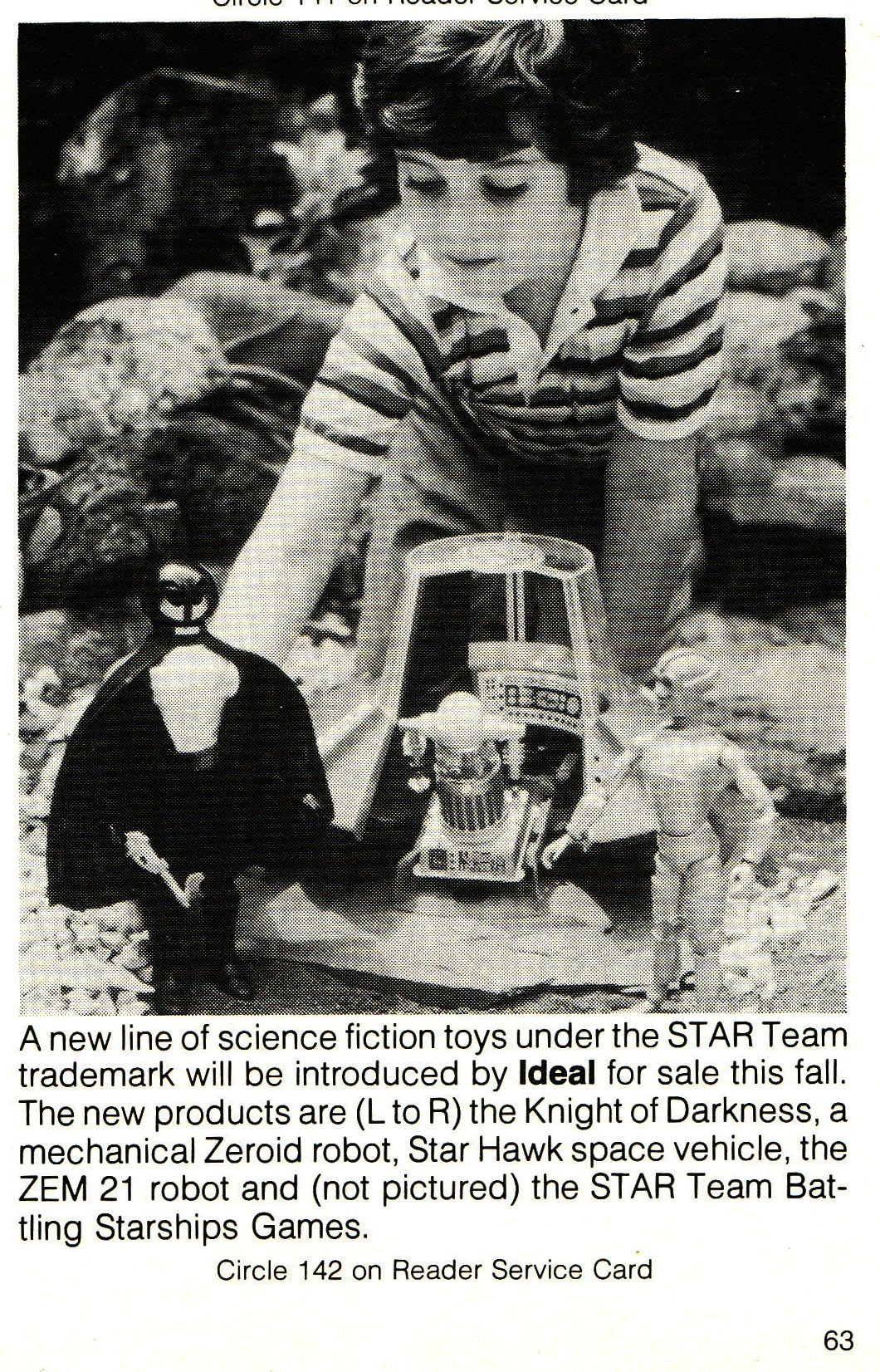 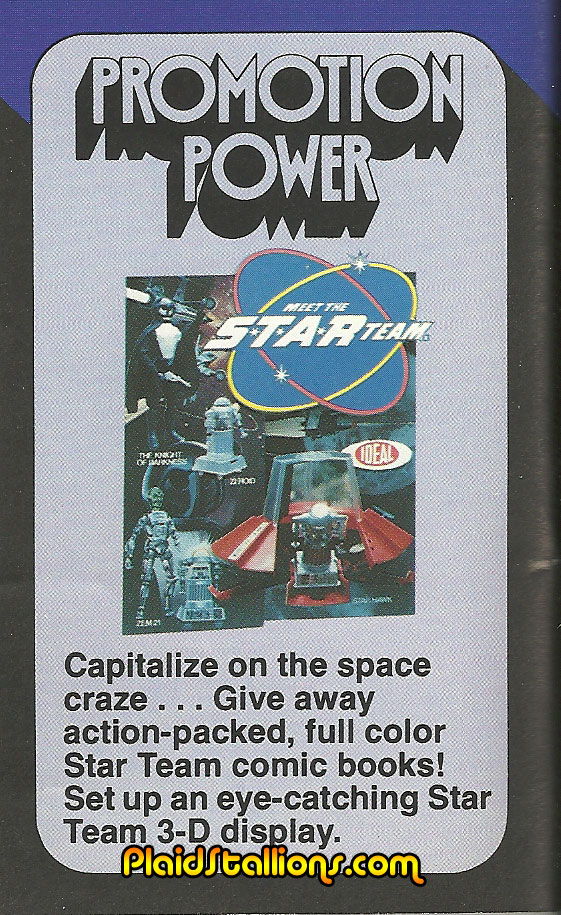 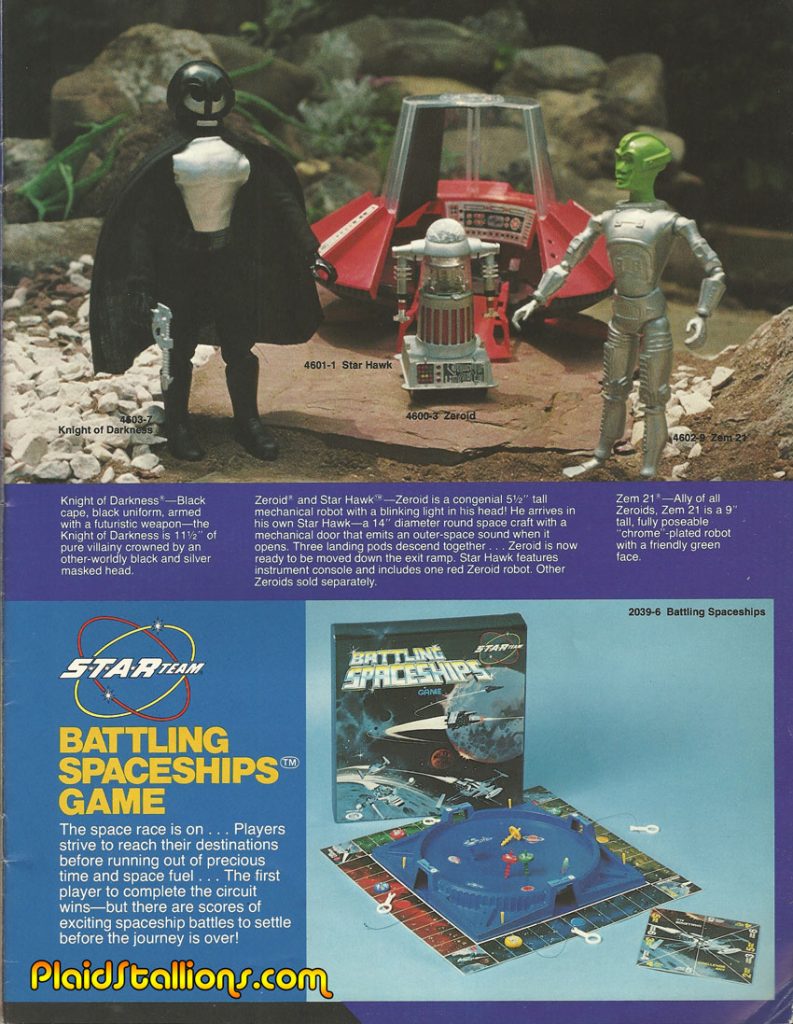 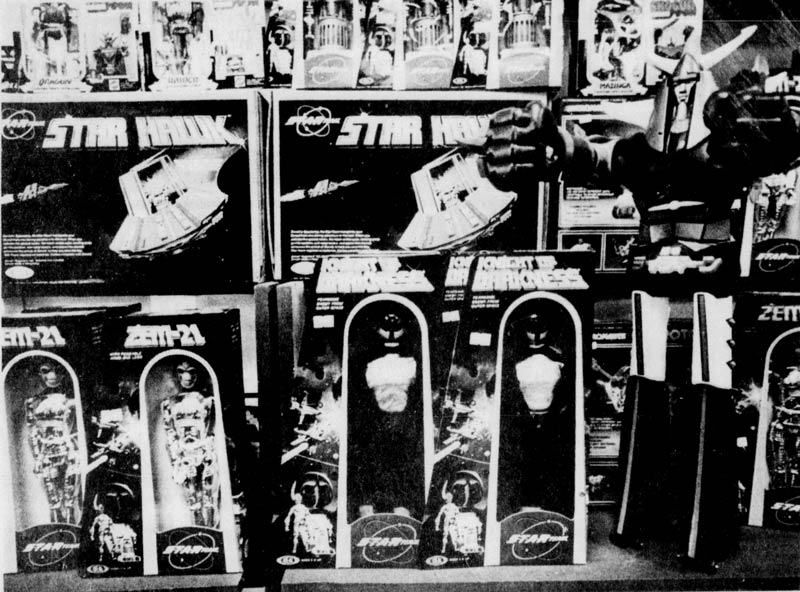 This is a display from a place called “Toy Barn” in 1977, showcasing all the cool Ideal STAR TEAM and Shogun Warriors that took Star War’s place that holiday season. 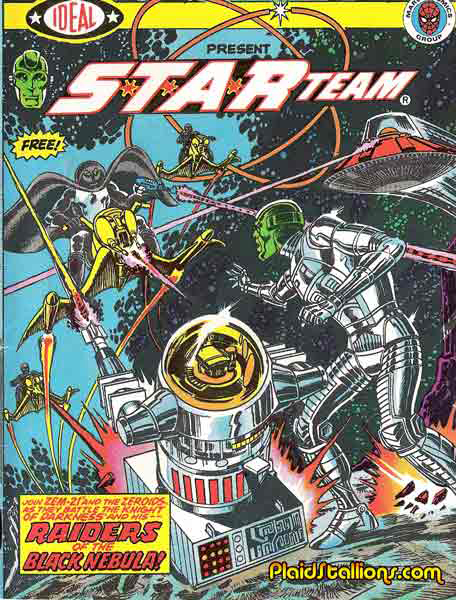 I’d like to add the promotional Marvel comic to the new site but for now, the link can be found here:

Check out the amazing Knight of Darkness Knock Off I recently found. Electroman and Zogg weren’t part of Star Team but I thought they deserved a knod, these hulking figures used to baffle me when I saw them at toy shows. The two of them are a game ala Laser Tag, just a bit cruder.