1978 saw the return of Mattel’s Pulsar the Ultimate Man od Adventure returned to I guess fight crime with his nondescript powers. This year he would be joined by his new foe Hypnos. While Pulsar sold well for a toy with no TV other than his TV commercials, things were starting to fall flat for his look-alike Steve Austin and Pulsar’s adventures would sadly end in 1978. 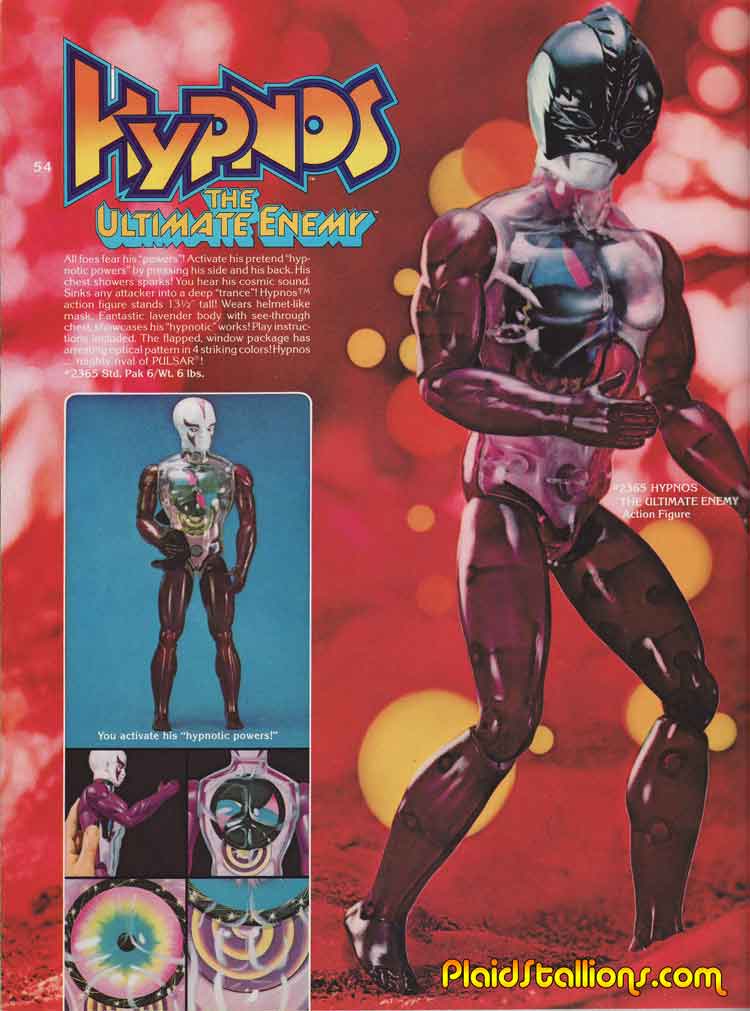 Hypnos was actually a pretty decent concept, unlike Pulsar it’s easy to find one in good shape. He was not a great seller however. 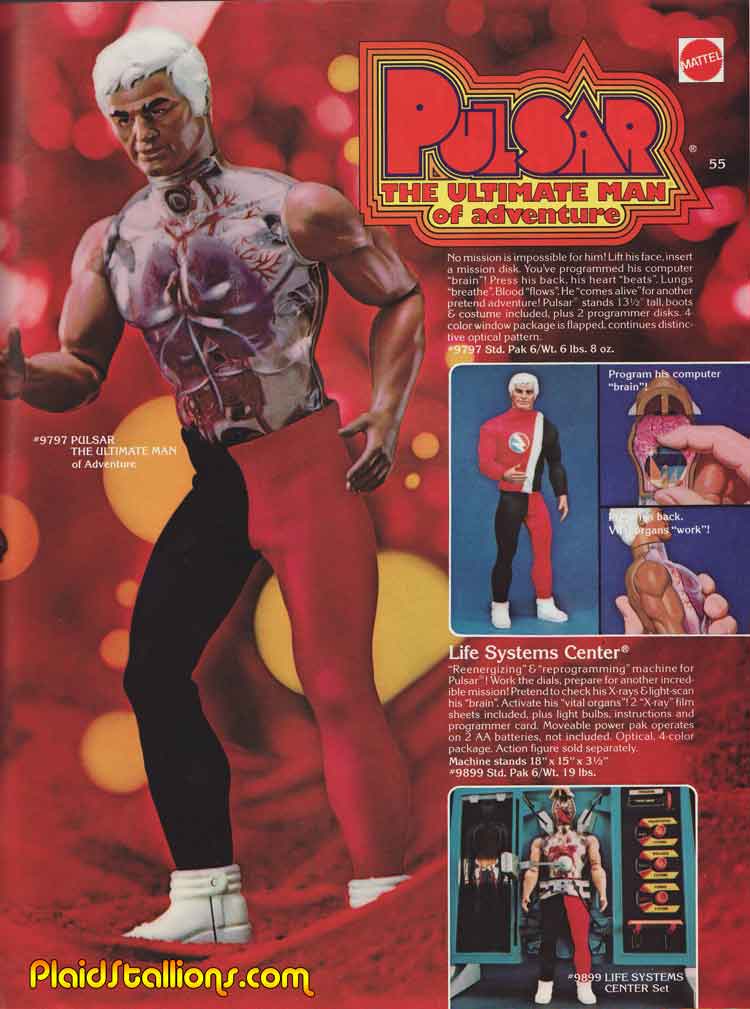 Pulsar didn’t go through any changes for 1978, he was the same standard issue. His life center was a tough thing to find on the collector market for some time. 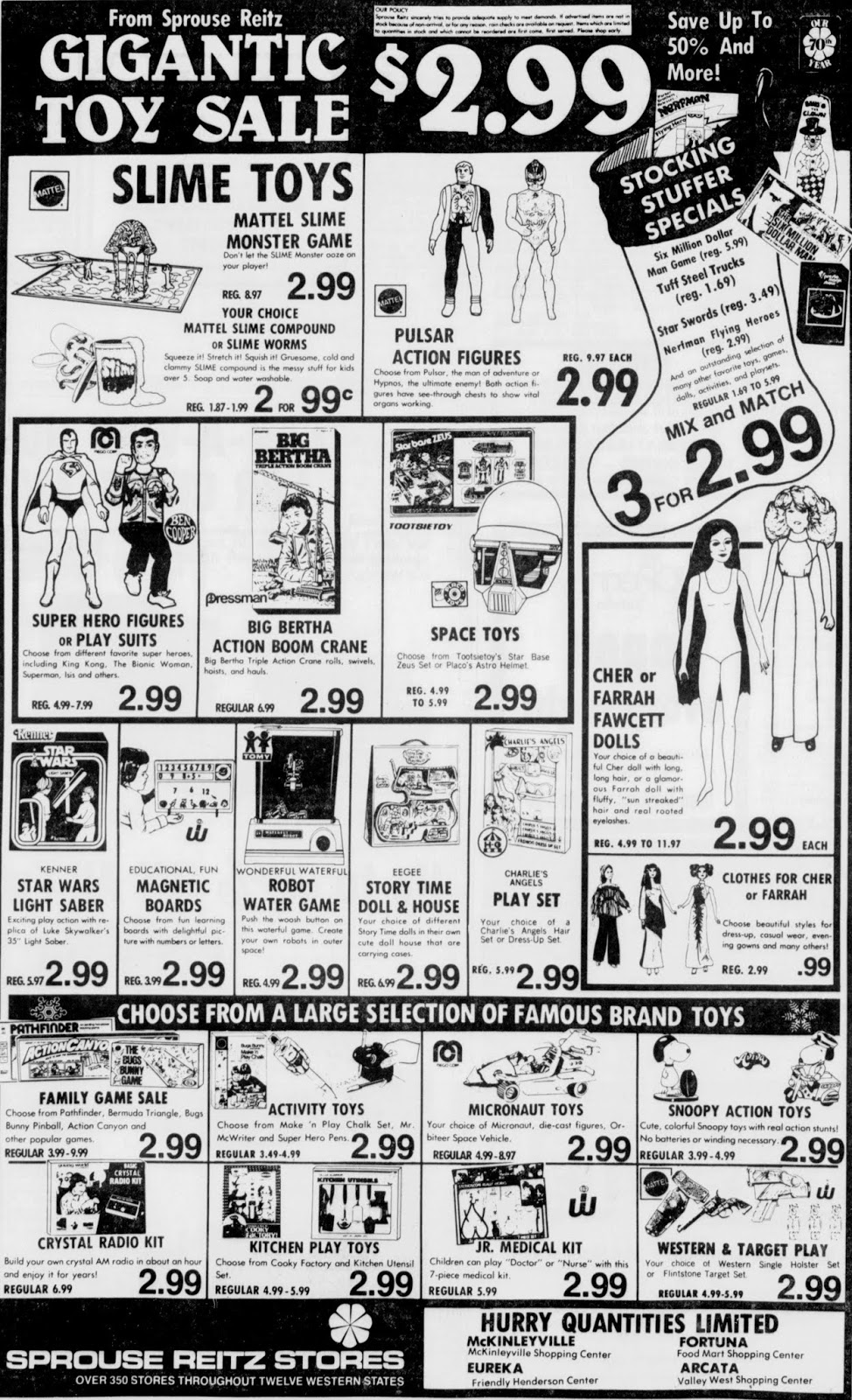 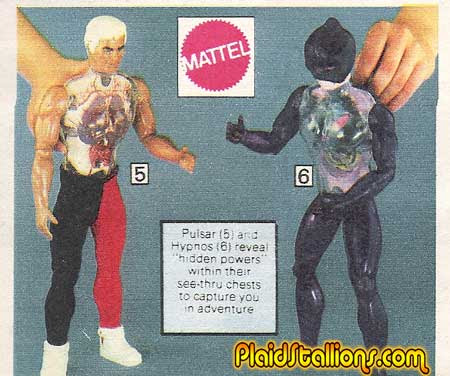