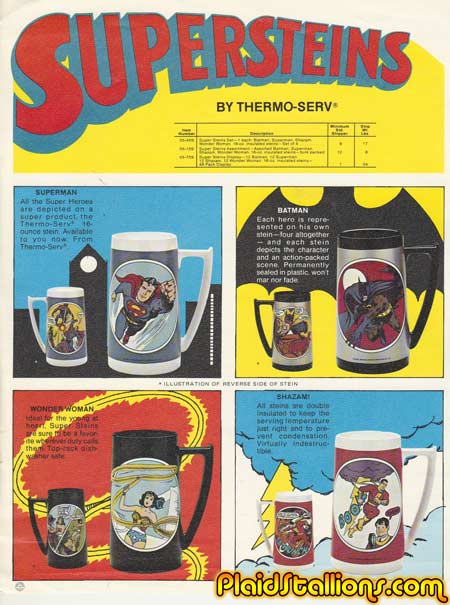 No it’s not the story of a Jewish family given strange powers after an accidental dose of Gamma radiation (well, not until I sell that screenplay) but just a series of cool super hero merch from the mid seventies boom: 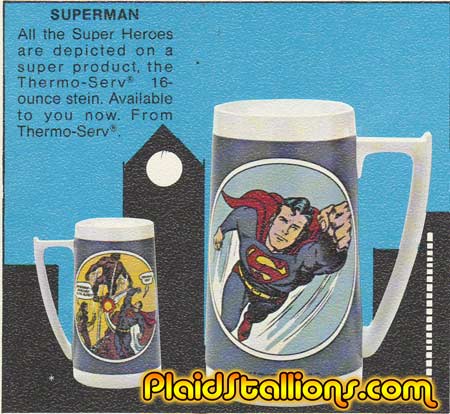 Ah the man of steel, I need this for better beer consumption. 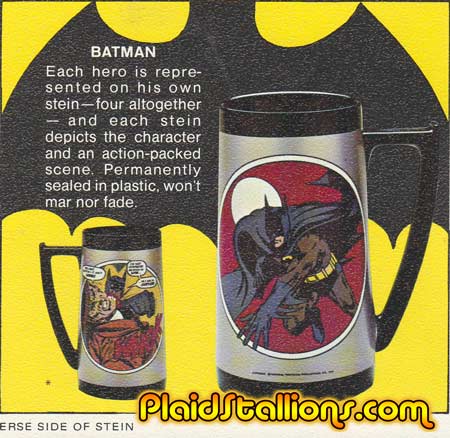 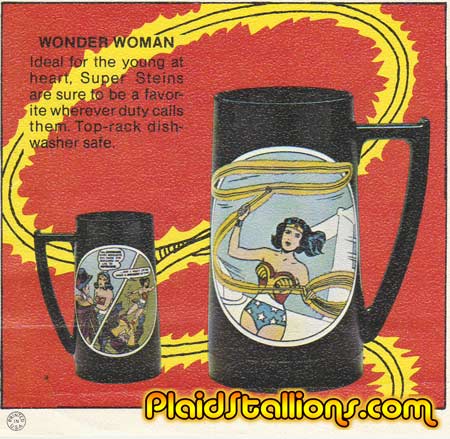 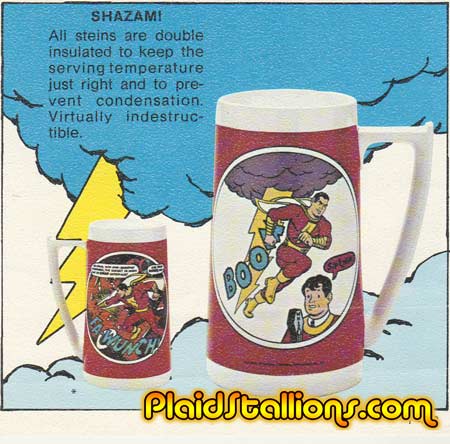 And of course, Shazam! New to the team and hot on television. It’s somewhat cruel but I get kind of a kick pointing this stuff out to my pal Rob at the Aquaman Shrine. Rob has a well grounded theory that the addition of Shazam pretty much screwed the King of Atlantis out of rightful merchandise. He’s totally right but I always enjoy his “Agggghhh!” type comments when I post this stuff, sorry man.
More 70s SuperHero Merch (all of it has Aquaman):