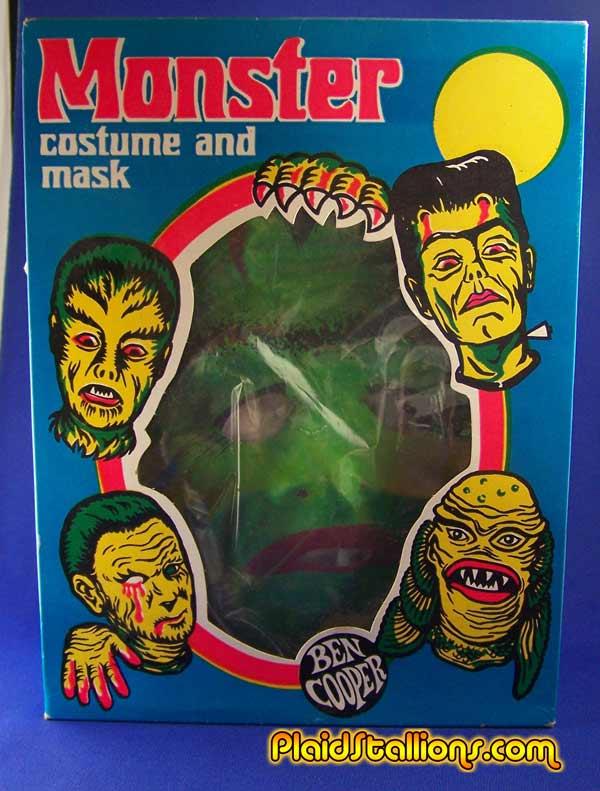 I honestly never set out in this life to collect Halloween costumes, I blame working on this site because now I’ve got a bunch of these things littering my house and I thought I’d share.

It all began with the Ben Cooper Frankenstein above, which I bought two years ago yesterday at a toy show that took me a long time to get to and I didn’t want to go home empty handed from. The beauty of the box with it’s swiped Aurora art really spoke to me. I’ll reveal more of my ” new collection” after the break. 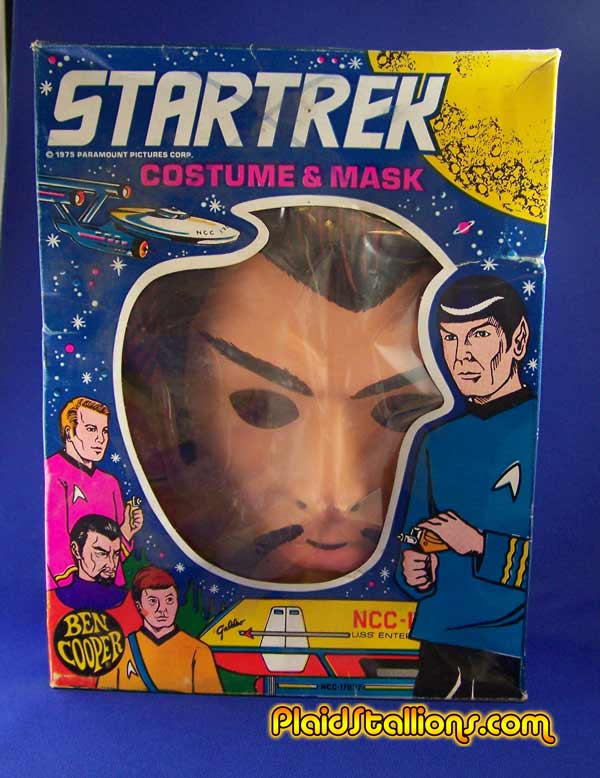 Here was another case of the box getting to me with this Star Trek Klingon, I mean, look at Captain Kirk’s pink sweater, it’s delicious. 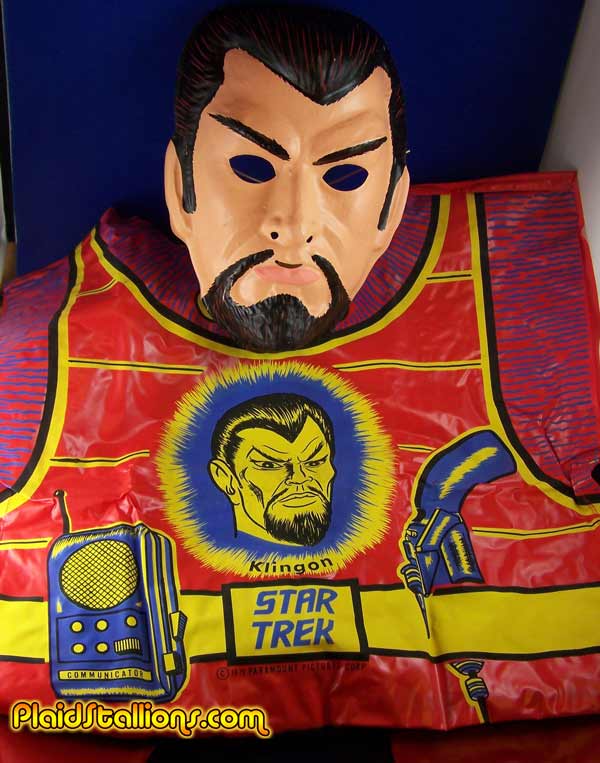 The costume itself is also bad ass, I like  the red streaks in his hair and the goofy face in the middle of the tunic. Wonder why the designers at Ben Cooper felt the need to add those? 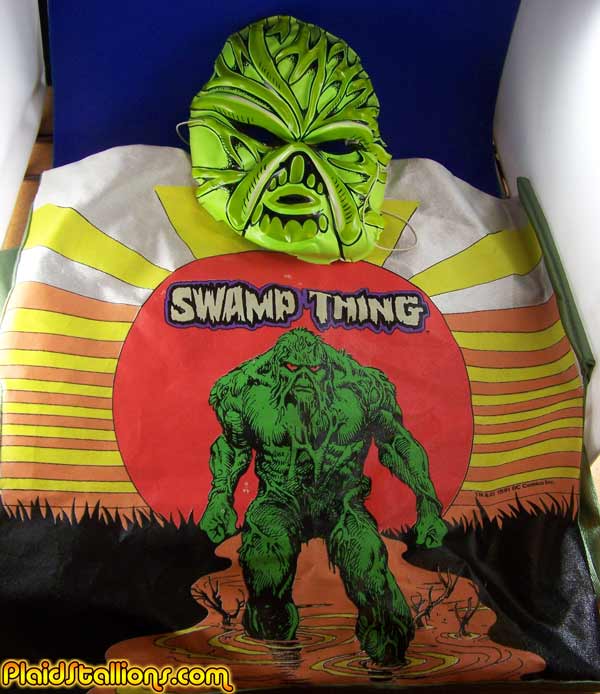 I bought this Swamp Thing from a costume dealer online, at first glance I assumed it was from the early eighties and based on the fun  movie series  that I adore. Upon receipt I realized it was from the not so successful 1991 animated show but I really didn’t care. 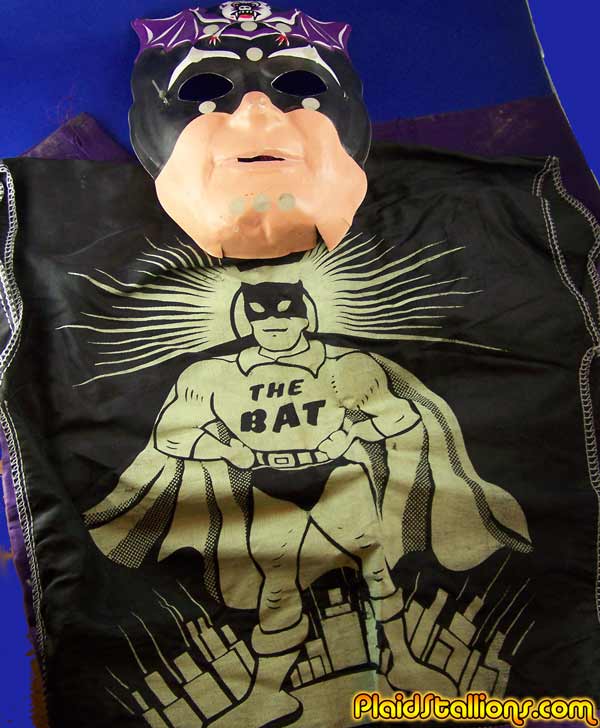 Finally, I had to pick this one up, seeing as I wore it 35 Halloween’s ago. I paid a whopping $5 for this, which is probably what my mom paid at Woolco.

I actually have more costumes to share this month, this has really become something of a sickness.
More Costumes :