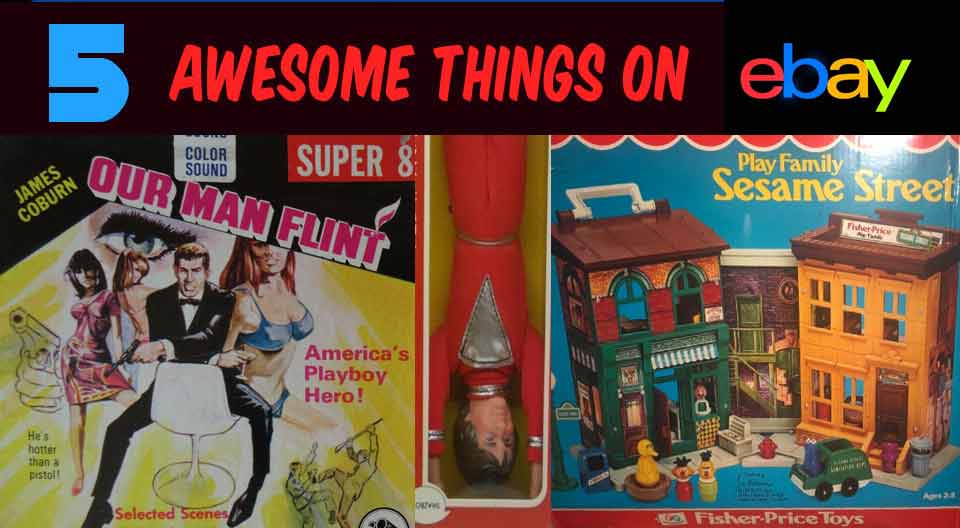 Fisher Price Little People Sesame Street set with box- I can’t tell you the hours this thing entertained me for and then my kids played with it. I still have mine but I’m sorely tempted by this being so complete and in the box. Best playset ever.   Our Man Flint Super 8mm film- This […]

END_OF_DOCUMENT_TOKEN_TO_BE_REPLACED

In the mid-seventies, UK Toy Maker (and the inventor of Spiro Graph) Denys Fisher took a Japanese Toy called Henshin Cyborg which was an off shoot of Captain Action (and the father of the Micronauts) and made it a 9″ series of figures. The back story was told in a series of beautifully illustrated comics […]