Review : Too much horror business 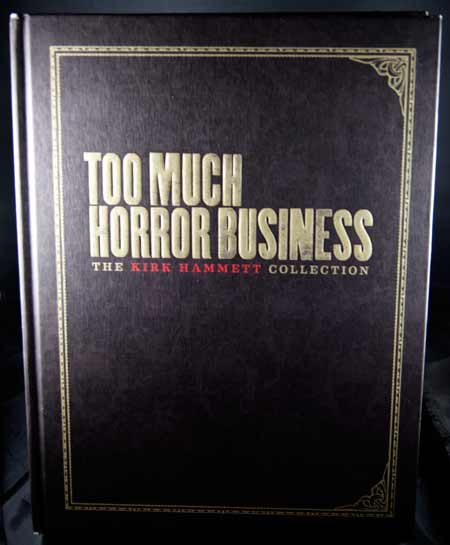 I can`t think of a better way to kick off a month of
celebrating Halloween than a review of the new book `Too Much Horror
Business`by Metallica s Kirk Hammet. For those not in the know, Hammet is known
to be a voracious collector of all things horror and comic books. More after the jump…

I vividly recall in 1988 talking to toy dealer Bill Brugeman
when his other  line  clicked, he returned and said “Brian, it’s Kirk
Hammet, I gotta go”.
While I’m sure that would have upset some, I was 17 at the
time and awestruck. Metallica was one of the few bands in constant rotation in
my then surgically attached Walkman, along with the Ramones and Manowar.
Moreover so, it was the idea that Kirk Hammet was a toy collector that
intrigued me more, at this time I hid my collecting from absolutely everyone. 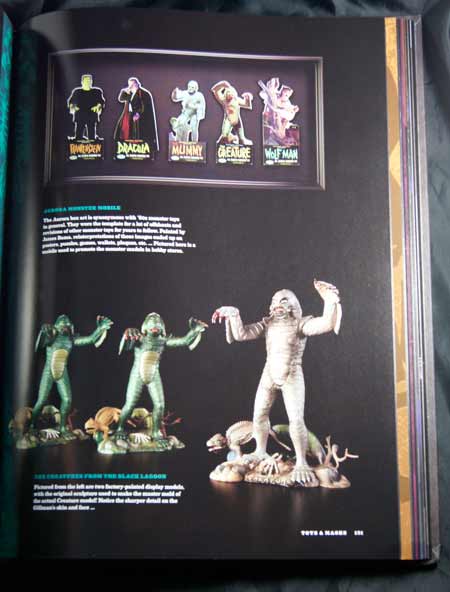 So when it was announced that “Too Much Horror
Business” was coming out , I wanted it not because I’m a fan boy but  because i knew he’d have a killer collection and
I wanted to see it.
I could moan for hours about how collector books have
disappointed me over the years,  bad research  terrible presentation and the worst of the worse, a collector/author
with no sense of humour or irony. Fortunately, none of these are present in
TMHB, it’s attractively laid out, well researched and Hammett’s comments on the
items are often clever and insightful. 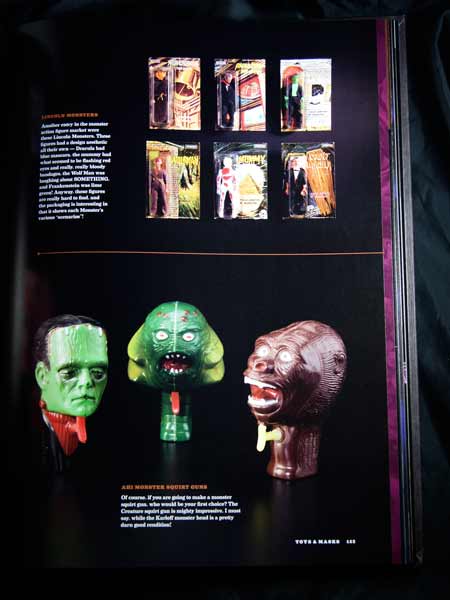 Whats more important, this book isn’t some ego trip, it’s a
profile of a passionate collector who just happens to be a famous rock star.
I’d like to think it would be no different a publication if Hammet was a guy who made
his money in the gravel business. Too Much Horror Business explores the evolution of how and
why Hammet loves to collect, his home life, along with the early exposure to
monsters offering an escape. It’s pretty deep and personal, I was surprised how
much I enjoyed those sections. 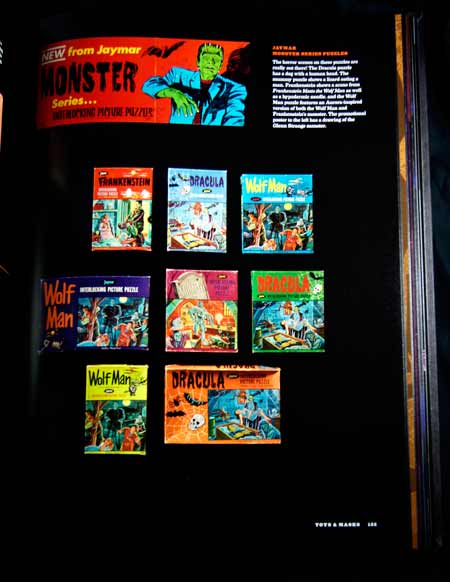 A second chapter with Kirk discusses “war stories” about the hunt itself, while
none of us will probably own an original Boris Karloff Mummy poster. We
certainly can relate to the story of it`s purchase and the lengths we go to at
times. Hammet also describes the `Celebrity tax` a practice in which a celebrity pays
more for a collectible.  I’ve seen this
in action and also seen it when a collector becomes known for his or her
collection, so he’s not paranoid.

Then there is the goodies, Hammet’s monster poster
collection is breath taking and unreal, not only are we shown rare posters from
the twenties and thirties but Hammet throws in personal favorites that aren’t
particularly rare (seeing as they also hang in my rec room) but are things he
loves nonetheless. That is something that i truly enjoyed about this book, the
love shines through, this isn’t a guy collecting treasures for treasure’s sake,
it`s somebody who is buying what he likes.
The chapters range from movie posters, original artwork,
props, and of course toys. Two toys chapters in fact (covering the 1960s and
1970s) that while, not completely comprehensive,  are a lot of fun and are peppered with the fun commentary I
mentioned earlier. I will also admit that a couple of pages were so similar to
my upcoming book, that I’m reformatting photos as we speak. In summation, I can whole heartily recommend this
book for Monster fans and even casual collectors. It`s a fun tome and honestly,
I`d buy any collectible book that looked this good, drawing the line at the
Mattel Sunshine family of course. now they’re scary…..

You can buy it here on Amazon