NERF stands for Non-Expanding Recreational Foam (thanks Wikipedia!) and was first introduced to households in 1969 as the first indoor ball, With its success, saw many other applications for this fun and safe material. 52 years after its original introduction, NERF is still widely available which is a testament to how timeless an idea it really is.

1976 was a good year for NERF, we’ve got planes, cars, and missiles as well as their own Superhero in NERF MAN! This catalog is kind of special to me as it belonged to my dad and you actually can see his notes on some of the pages. 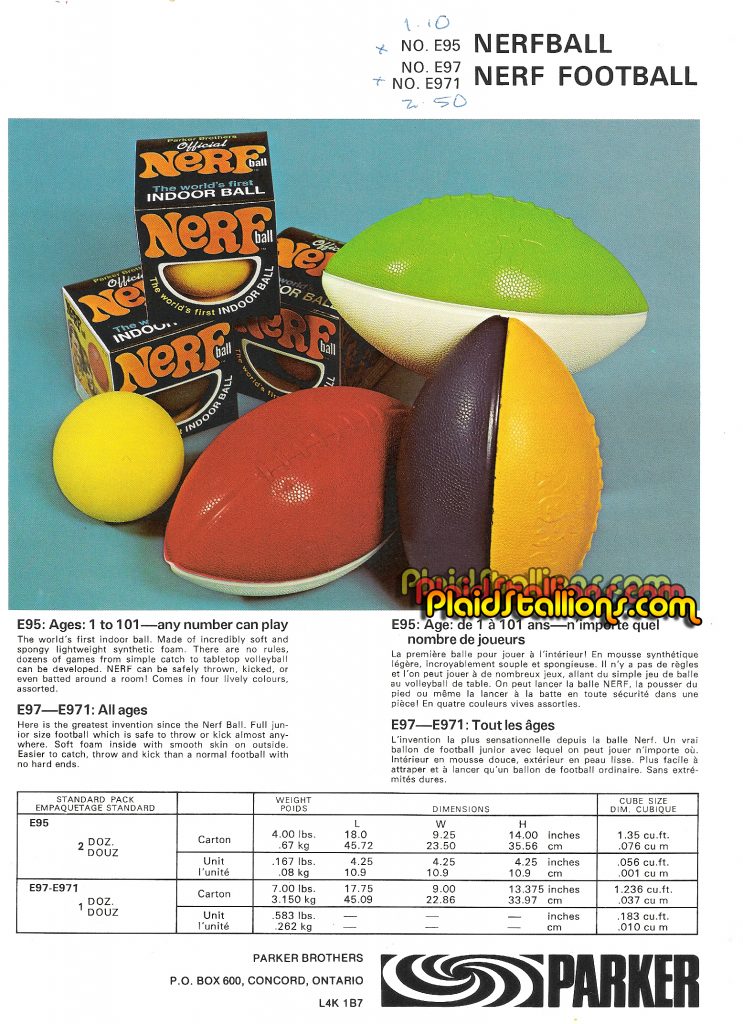 The indoor ball that started the craze, in college I don’t think I was ever ten feet away from one of those footballs despite never owning one… 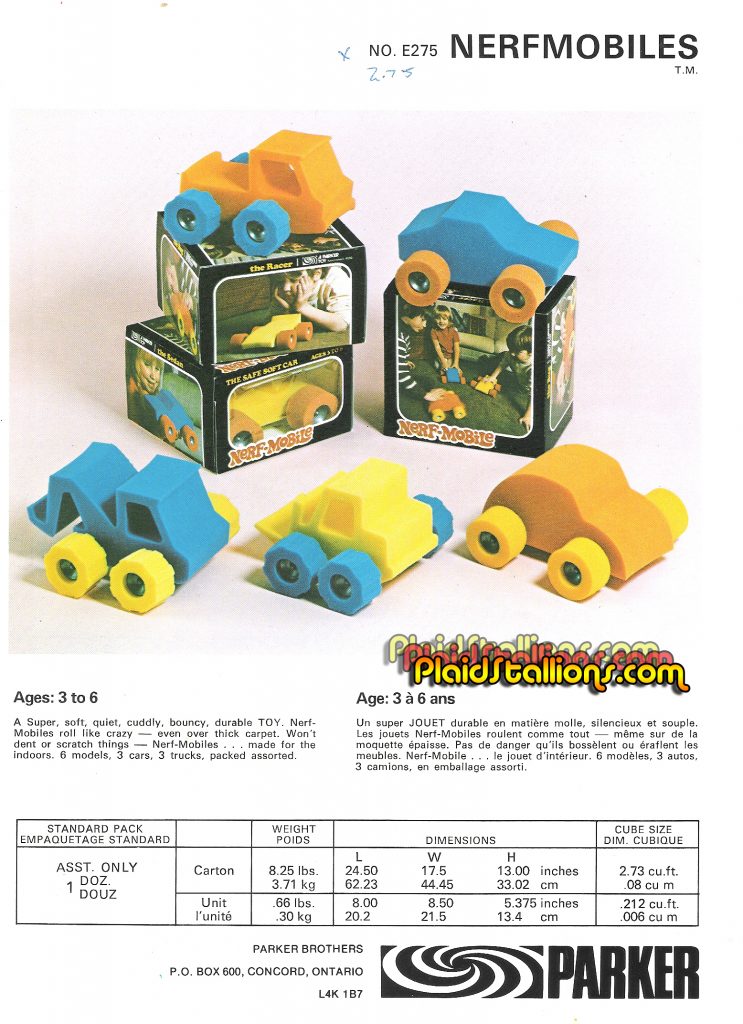 There are days where I wish my car was made of this stuff or at least the ones that plow into me. I have no memory of this line, despite being five years old when they came out. I guess I was too interested in GI Joe Adventure team and Mego Superheroes to notice them. 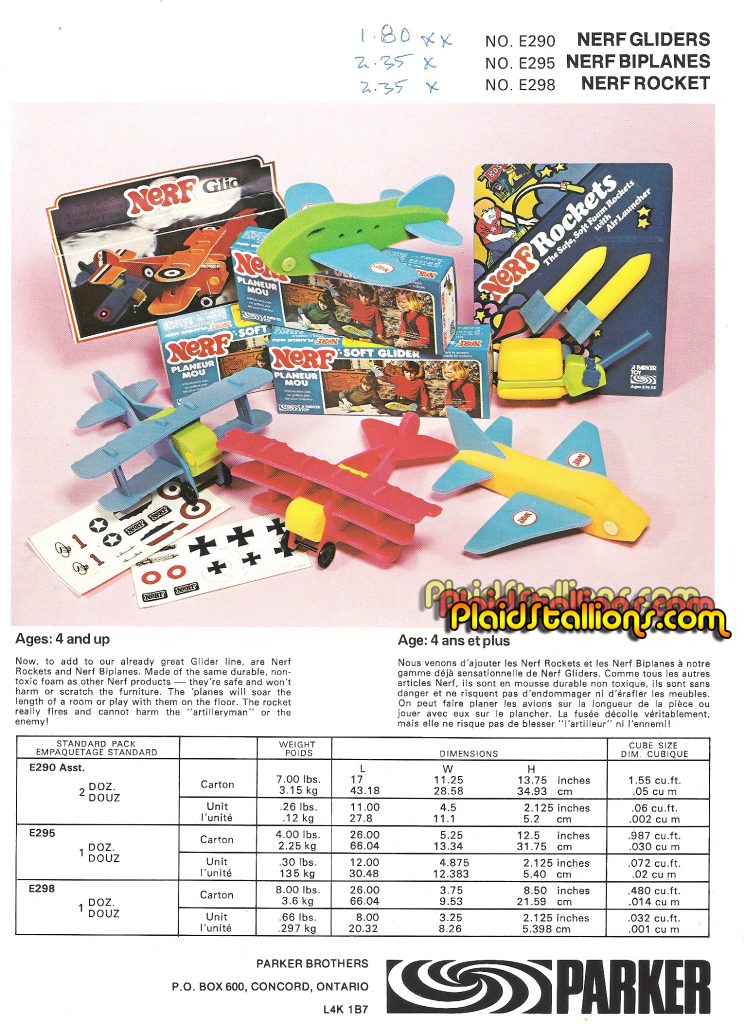 The concept of rockets you could fire in your house is appealing to me as a grown man, let alone me as a kid. Do they still make this? Nerf man was a really big deal in my house, he could fly, take that Mego Superman!