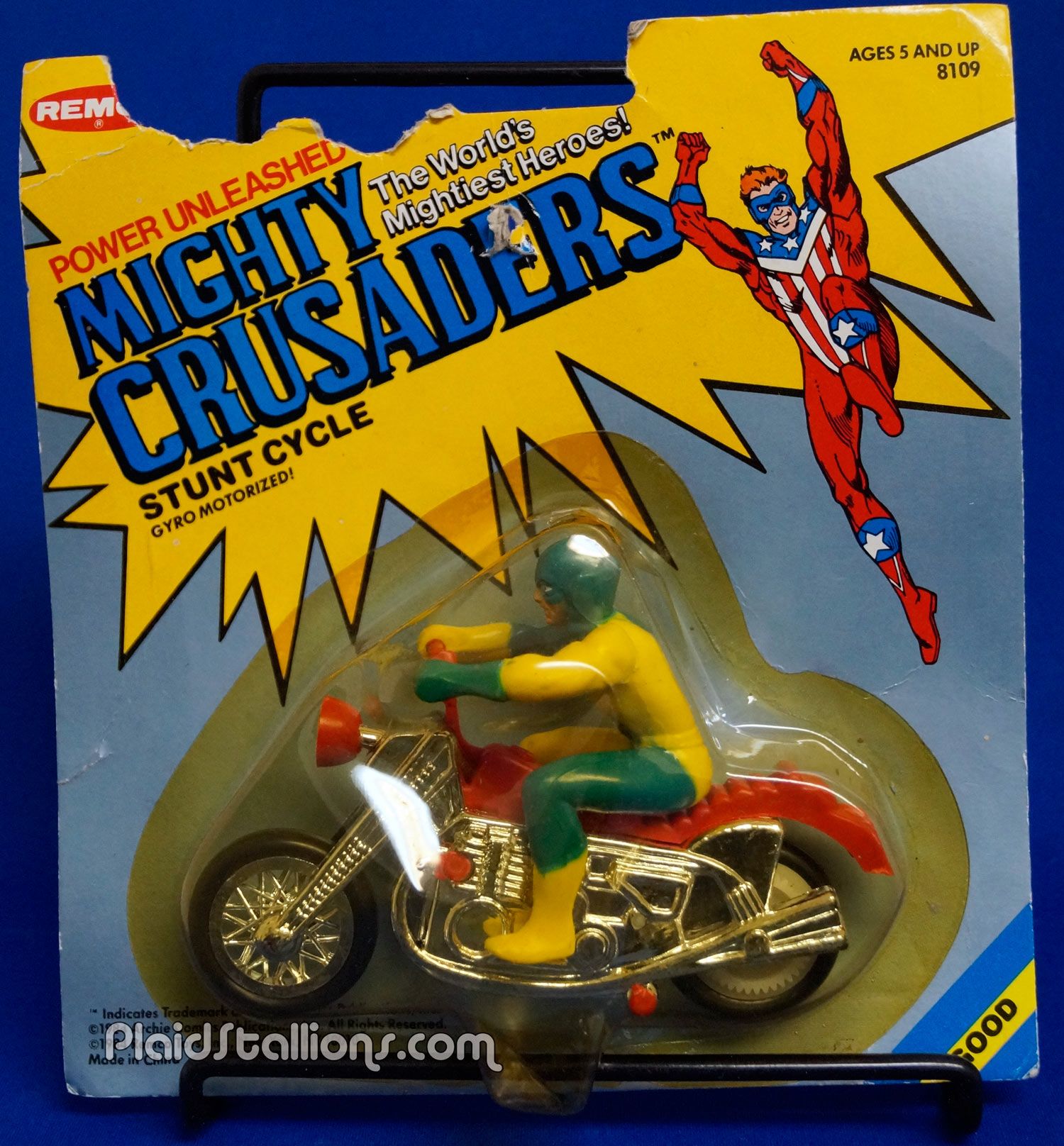 It’s been a while since I’ve found a Rack Toy that excites me (that sounds weird) but this week I totally have. These toys come from Remco/AHI and are as I can figure, the last line of these kind of licensed affairs that AHI was so known for in the 70s and 80s.


Mighty Crusaders are a superhero team owned by Archie Comics, they have a great lineage but an awfully sporadic publishing history since the Golden Age. During the early 80s, they had a pretty decent attempt at a revival which spawned licensed toys from Remco.


While the Remco Mighty Crusaders action figure line is fairly commonly found, these toys must have been produced in much lower numbers.  I’m still not positive what got made and didn’t .

Prior to this discovery, the only Rack Toys for the Mighty Crusaders I could confirm were these helicopters. 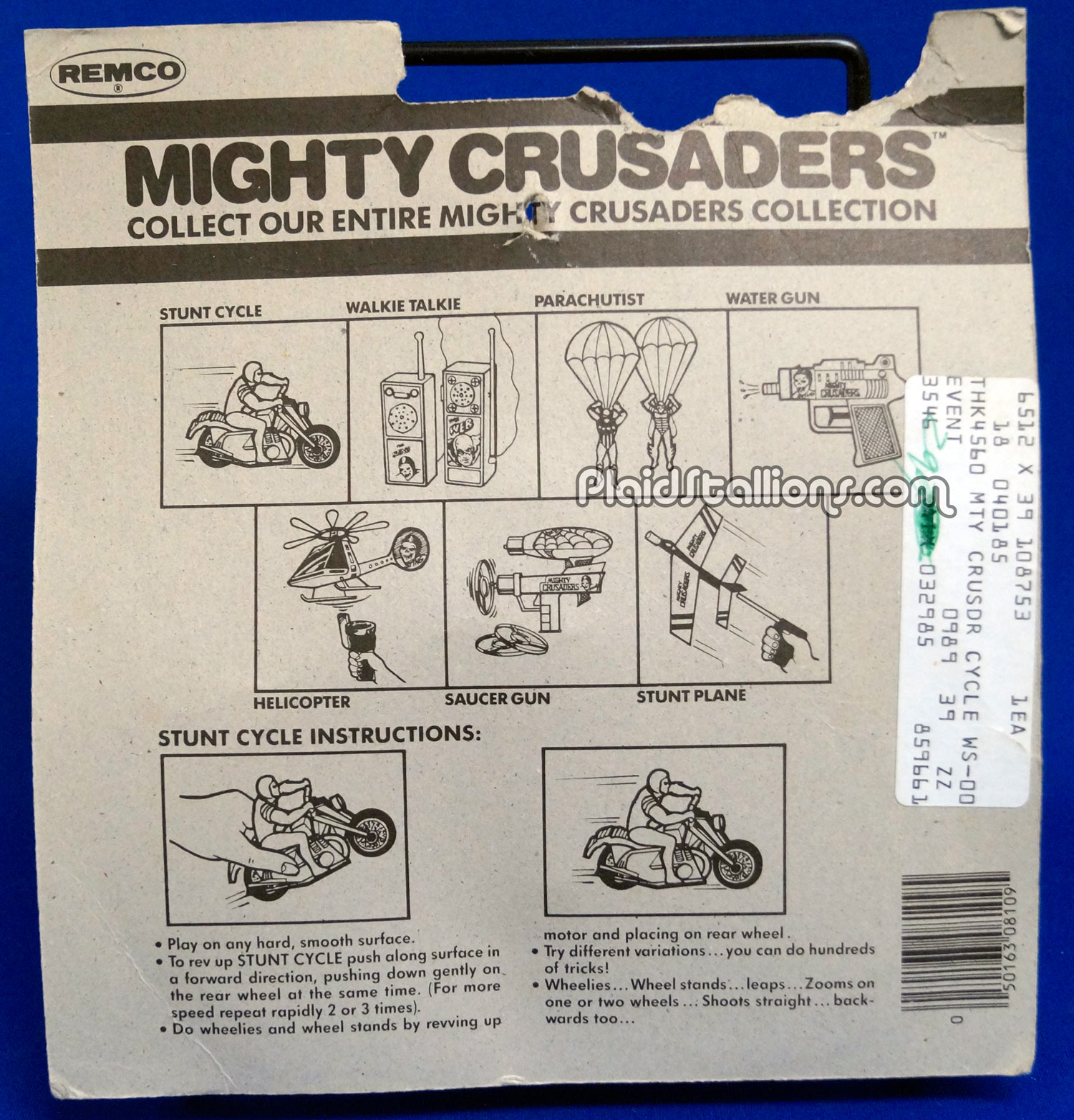 The back of the package suggests that Mighty Crusaders got the same treatment that Batman and Planet of the Apes did in the mid seventies with helicopters, Motorcycles and (gasp!) Parachute figures. (If you have one please email me, even if it’s not for sale!) A really nice shot of “The Web” figure, I’m glad that I keep running into one of my favourite characters when I do find this stuff.