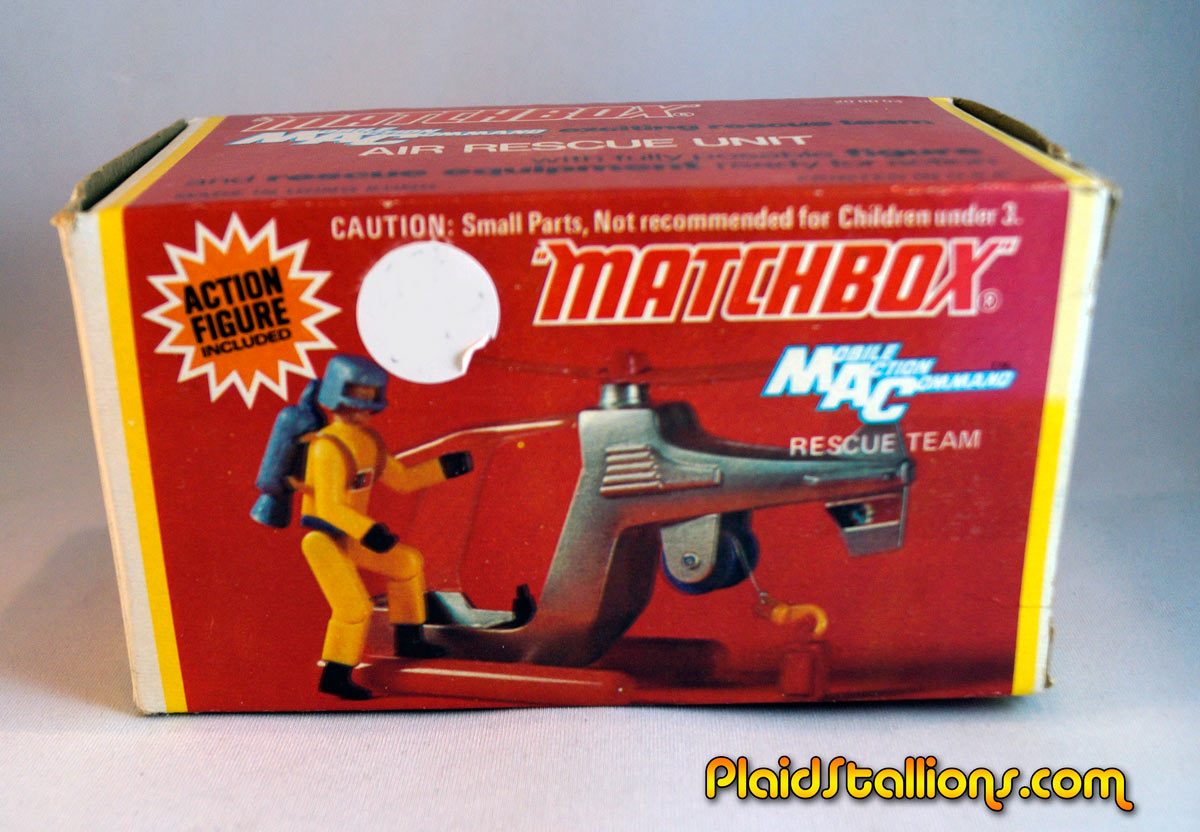 Matchbox Mobile Action Command (MAC for short) is a largely forgotten toy line but happily remembered toy line of the 1970s. At least judging by the “What were those cool vehicle/figure sets called?” type emails i get about once a week.


It’s also a toy line I actively collect but with one caveat, I have to find it in the wild. In this marvelous digital age, I have come to savour the old fashioned hunt that toy collecting once was and about once a year, I find a MAC piece for $20. Last weekend, I discovered the air rescue unit and I’d thought I’d share some pics.


More after the jump! 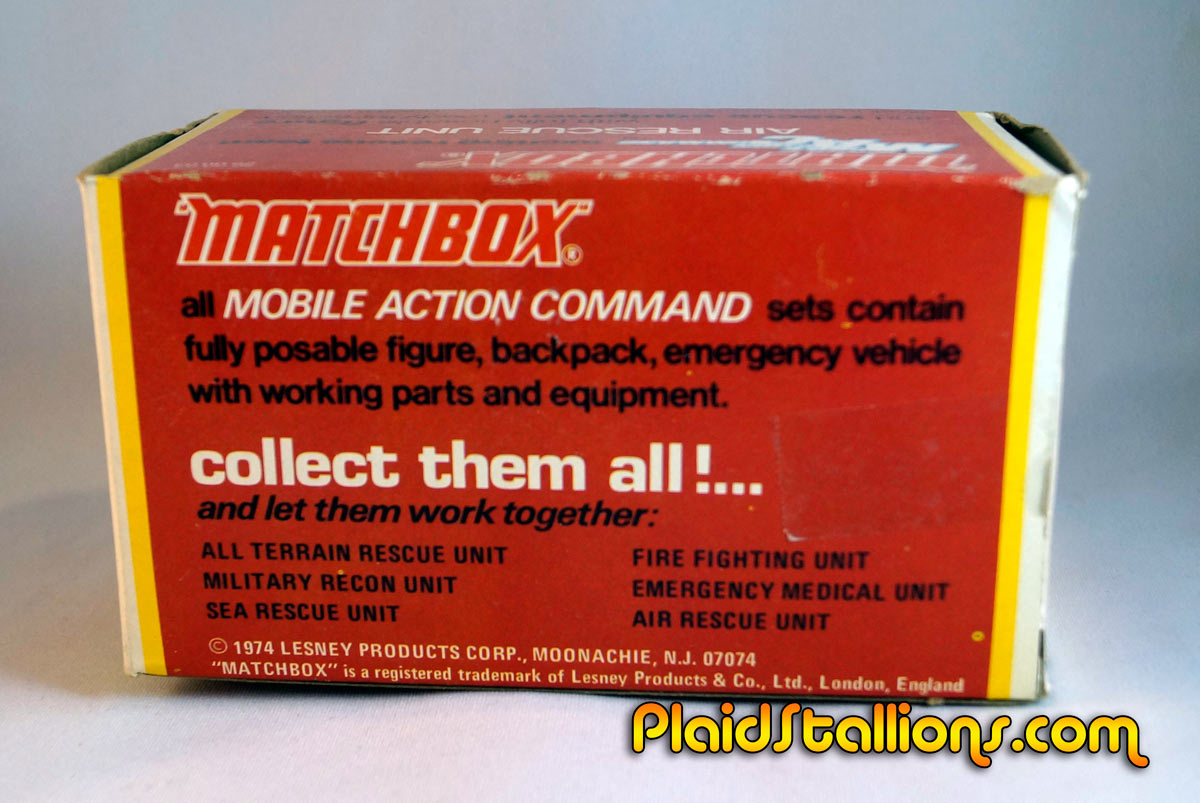 All my memories of MAC stuff involved them being carded (like this set I found last year) but the earliest stuff came in these boxes.


I remember the appeal of these being you got a figure and a futuristic vehicle for well under 5 bucks. I could usually con my grandmother into one of these every six months or so. 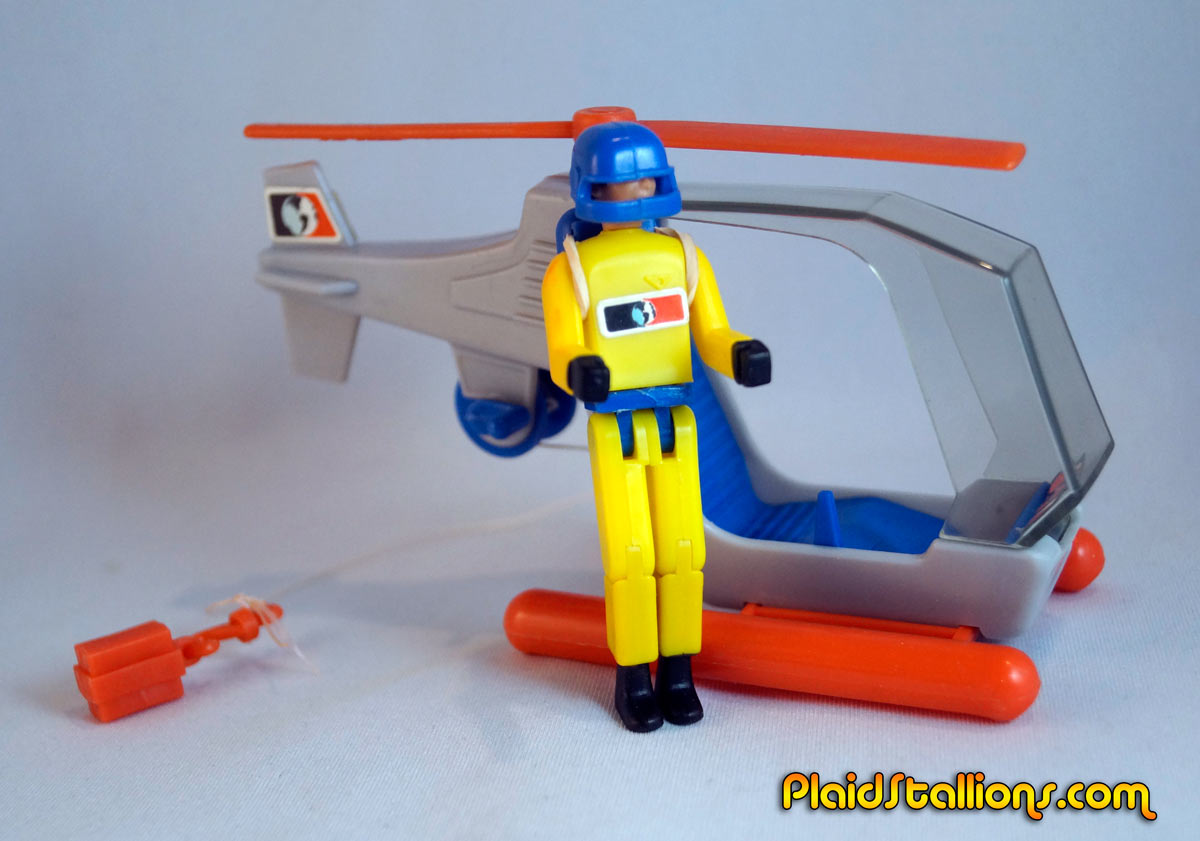 The lack of a backstory on these guys never deterred me, in fact it’s one of the things I now treasure about early 70s adventure toy lines. You put whatever you want on these guys. 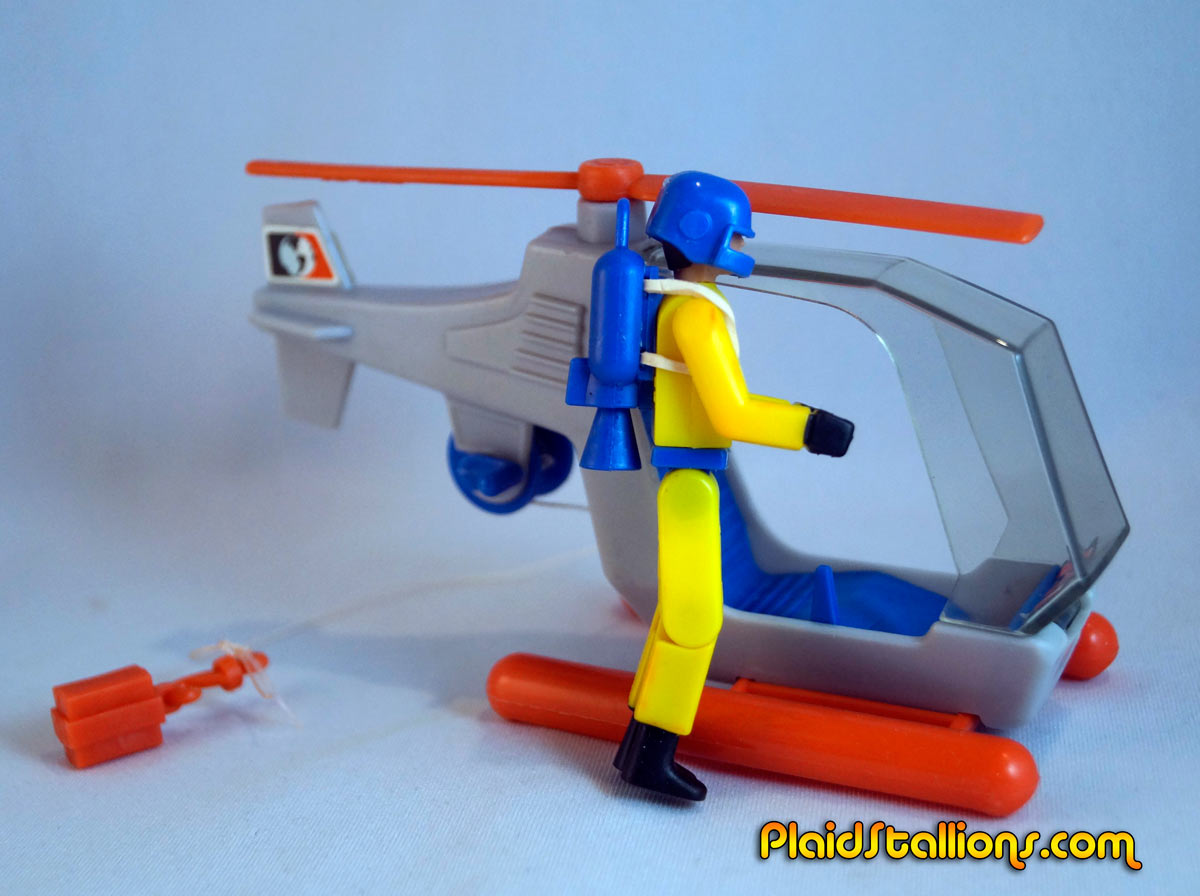 And just to prove how awesome these toys are, Matchbox could have stopped with pilot/helicopter but no, they gave him a freaking jet pack which only adds play value!