Phoenix or PAC Toys was formed out of the ashes of Mego Corporation by PAC Packaging, a toy industry packaging company that did work for Mego.

Its president Joe Ruzzi had inherited the molds for many of Mego’s Micronauts toys and morphed them into a new fantasy-based toy line called “Lords of Light”.

The main gimmick of Lords of Light were glow sticks. This is was dreamed up by  Ruzzi on a fishing trip when he noticed his sons playing with the glow sticks like a toy.

The line had an ambitious TV campaign planned and a gorgeous comic strip drawn by EC Comics legend, Howard Norstrand. Norstrand passed away the same year this was produced (1984), so this may be the last comic story he ever produced.

The PAC Toys Lords of Light Comic tells the story of the planet Izzur (Ruzzi spelled backward) and it’s struggle for resources as their twin suns begin to fade. 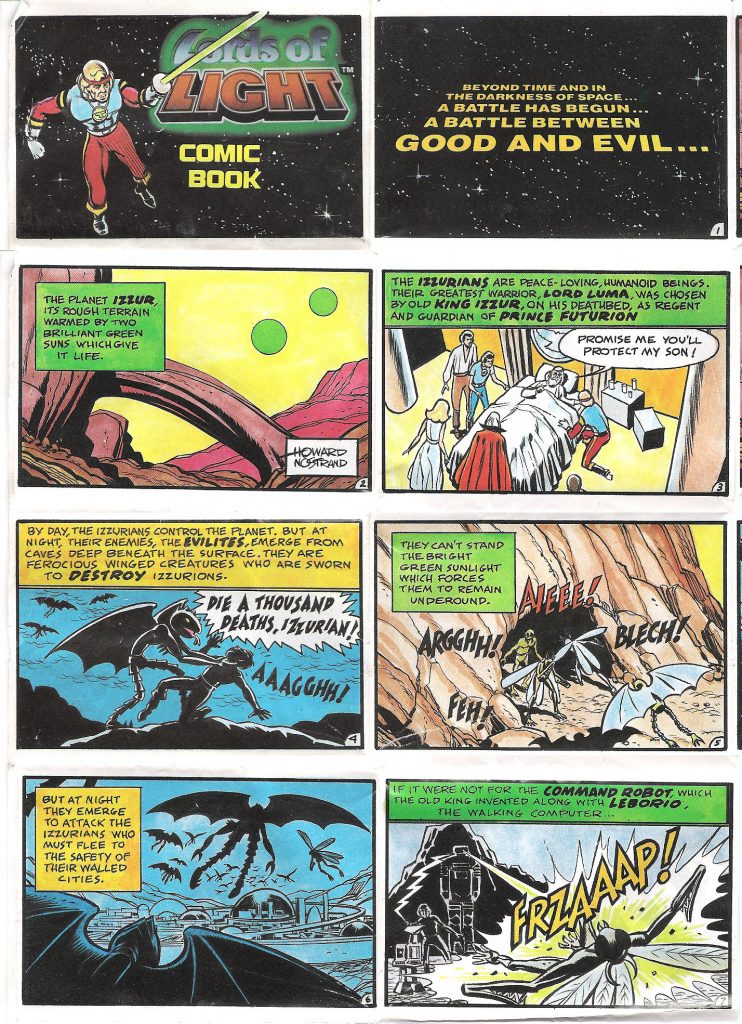 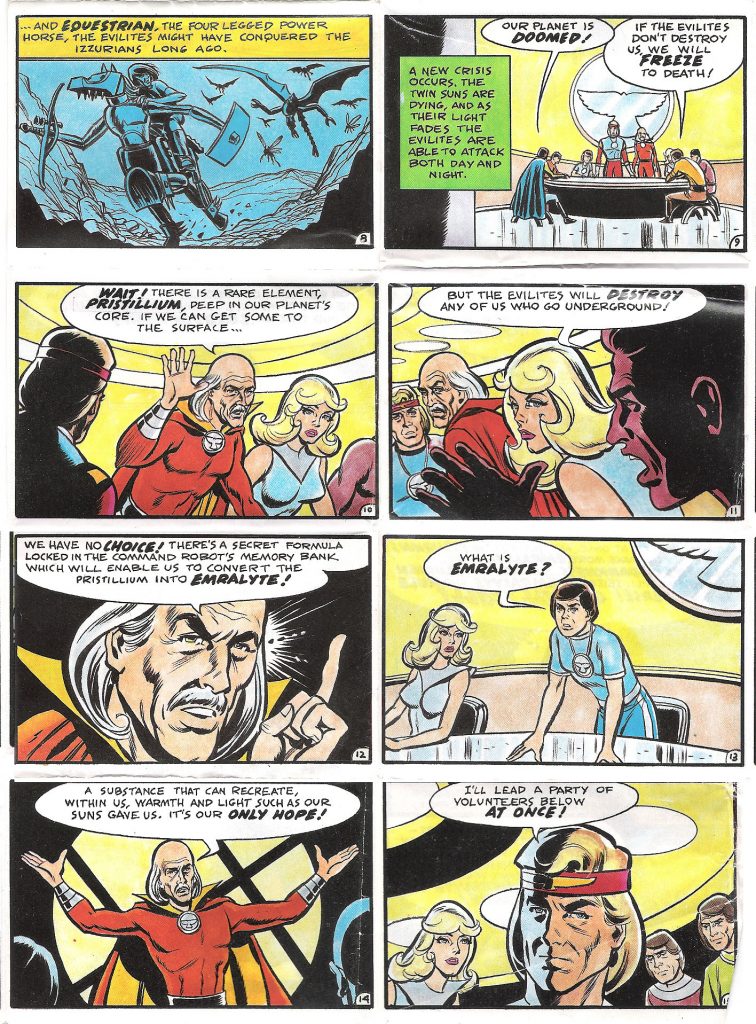 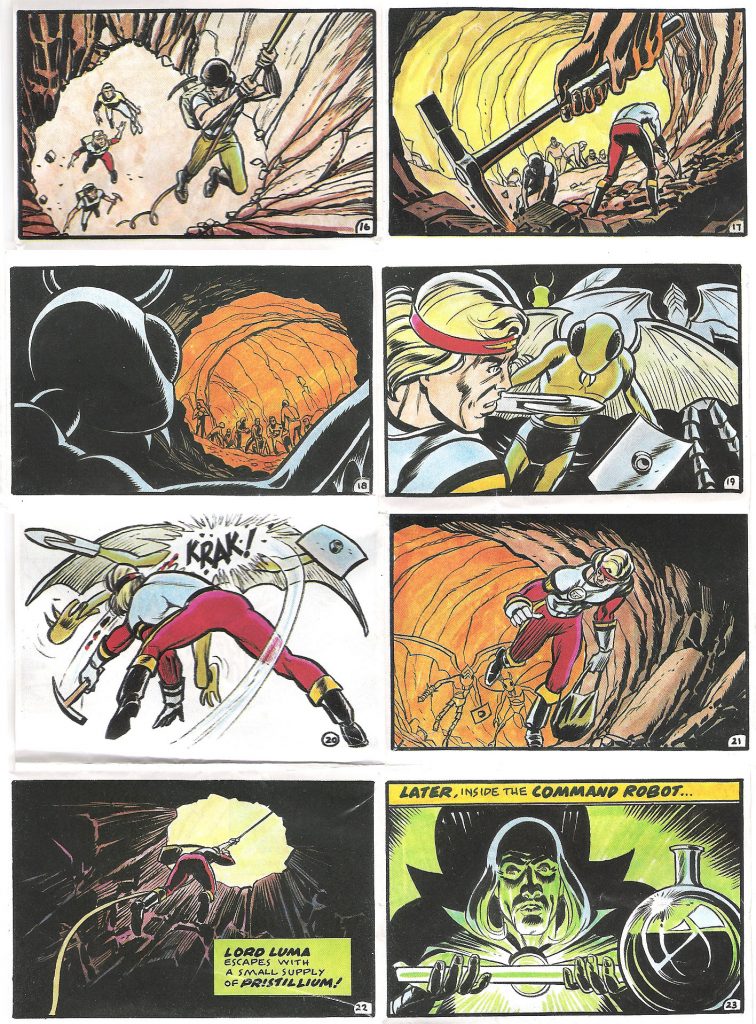 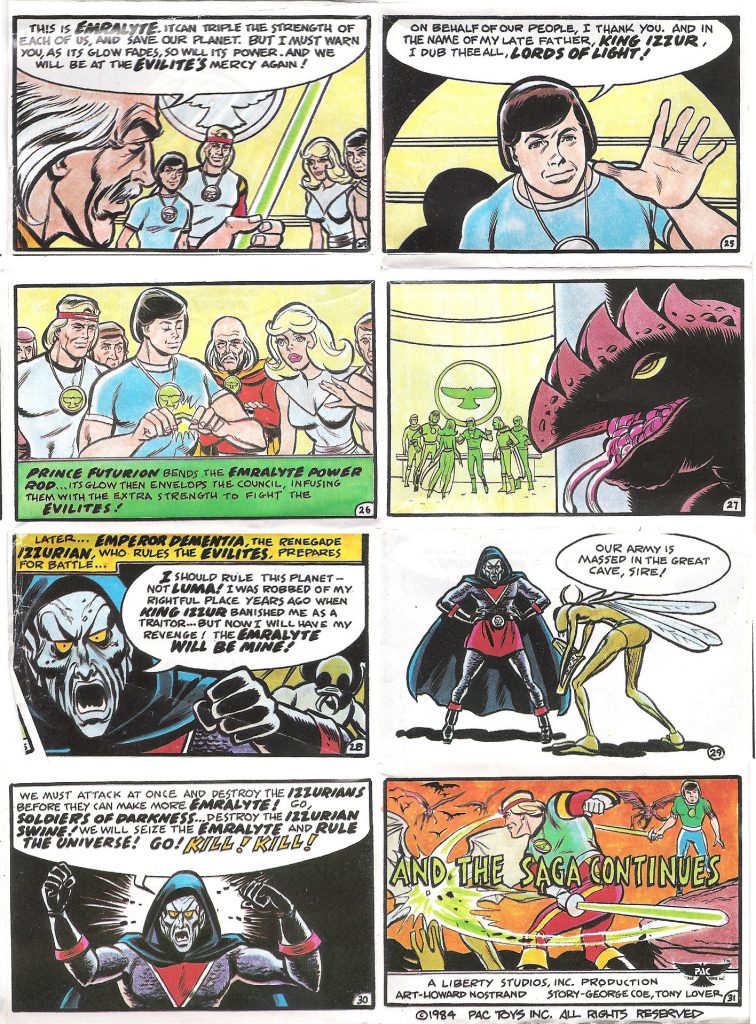