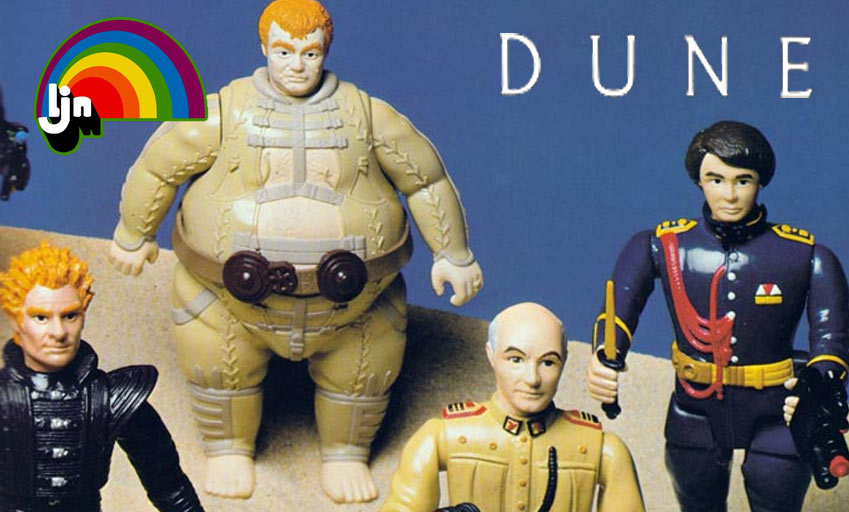 It’s hard to believe that toymakers thought the next merchandising blitz would come from a David Lynch film but that’s exactly what happened in 1984. Dune got the full treatment with colouring books, bed sheets and of course a selection of action figures produced by LJN. The movie wasn’t particularly kid (or for that matter general public) friendly and as a result, the spice warriors of Dune resided in the clearance aisle.

What’s perplexing to me is most of this stuff got made, yet the gigantically more kid-friendly “Last Starfighter” toy line never saw the light of day. Aggghhh! 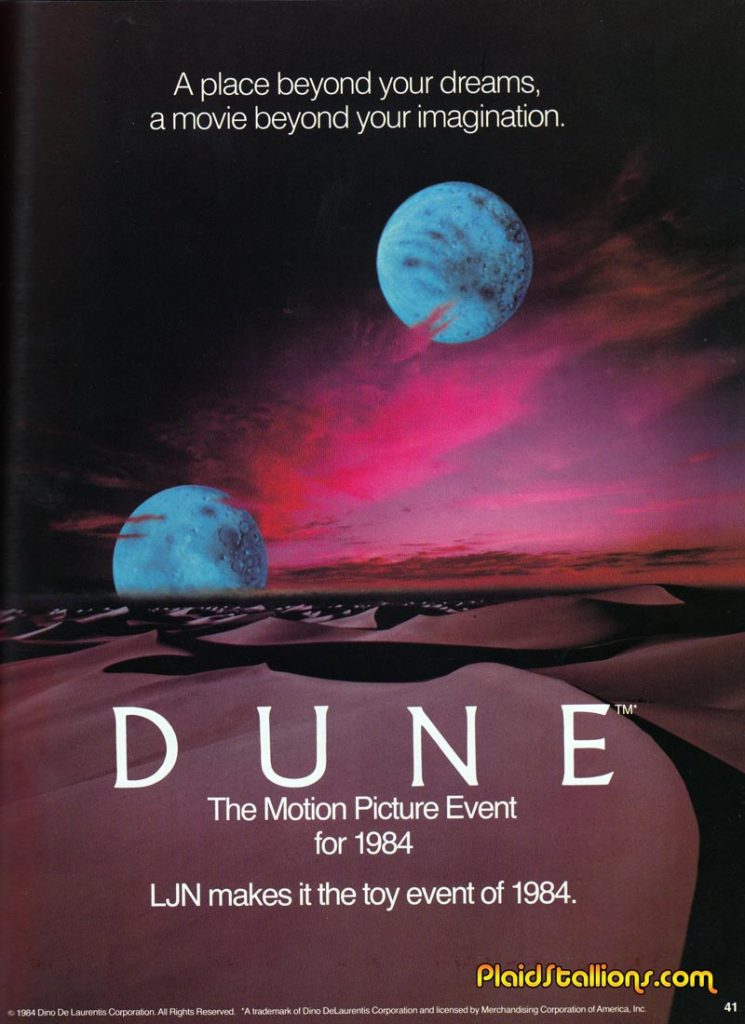 LJN bought a lot of trade ads for this line, anticipating it be the movie hit of the Christmas season.. 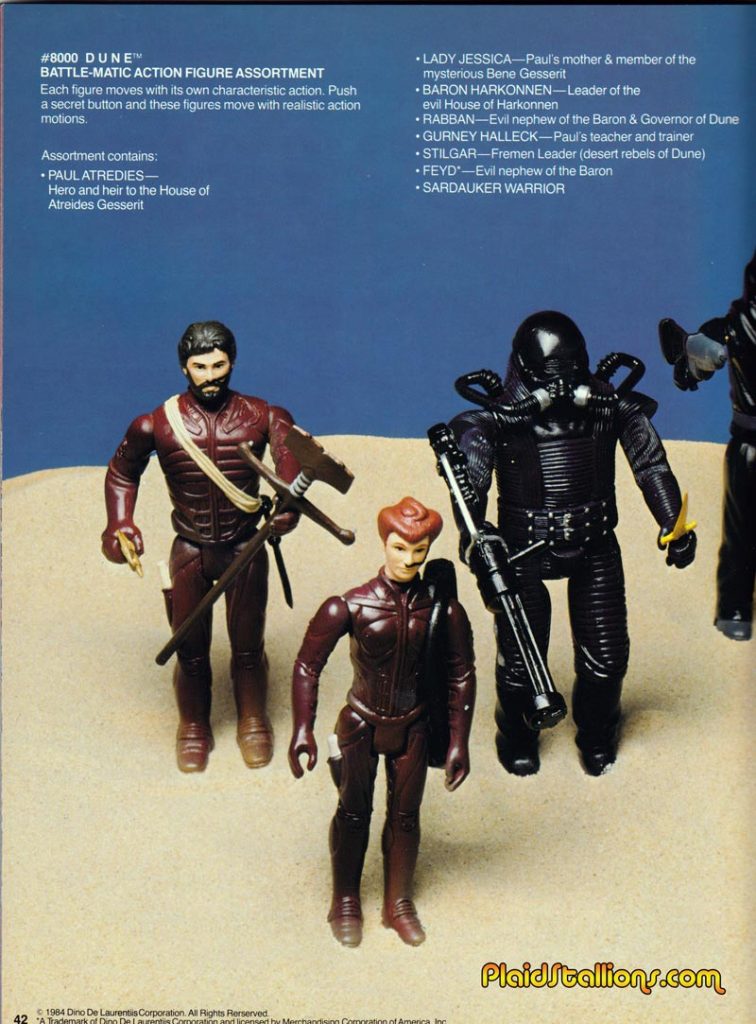 Lady Jessica never made it to the marketplace. 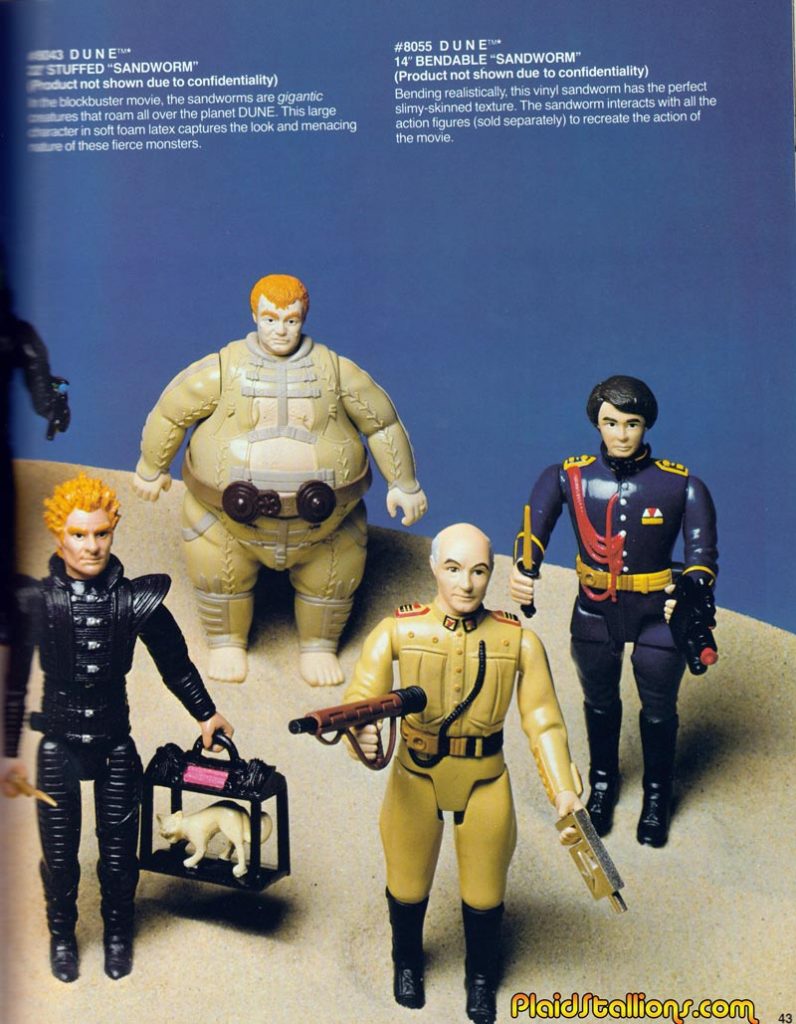 Gurney Was also cut from the team, however, the world would not be deprived of Patrick Stewart action figures for very long. Notice they mention several sandworms and they weren’t allowed to show them. I find that weird seeing as they were largely phallic symbols. 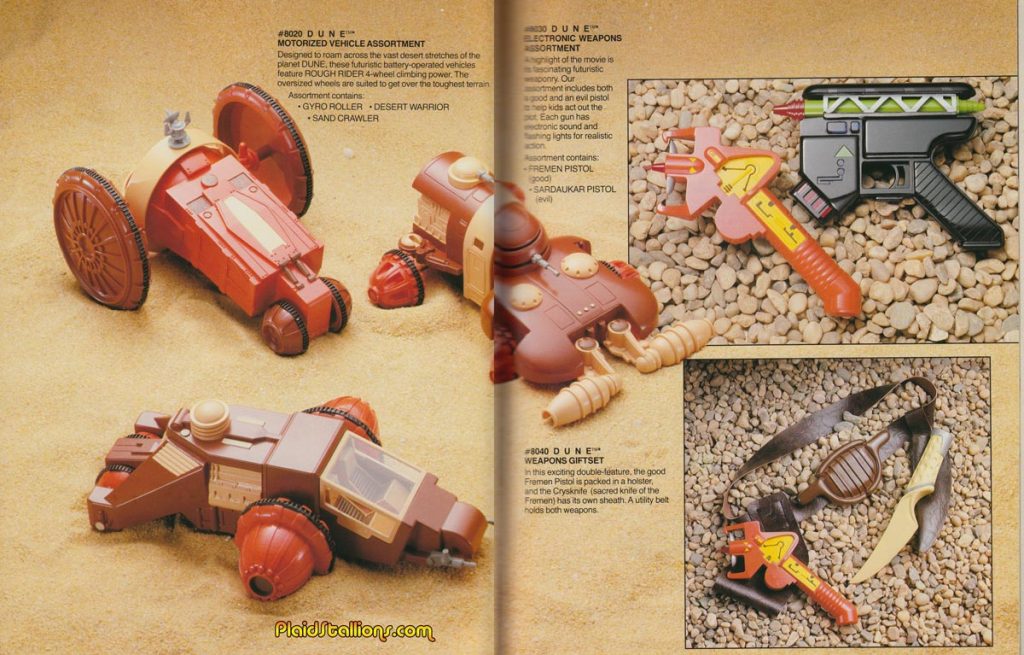 Click to see a bigger image, the weapons giftset was canceled. 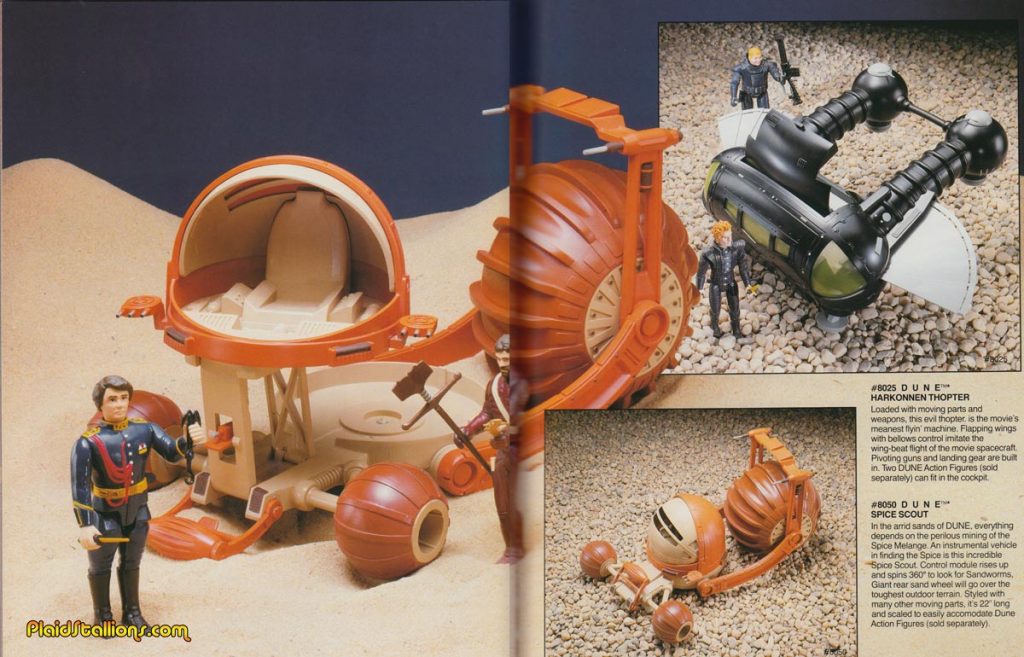 click to see a bigger images, the bad guy vehicle never saw it to the marketplace.