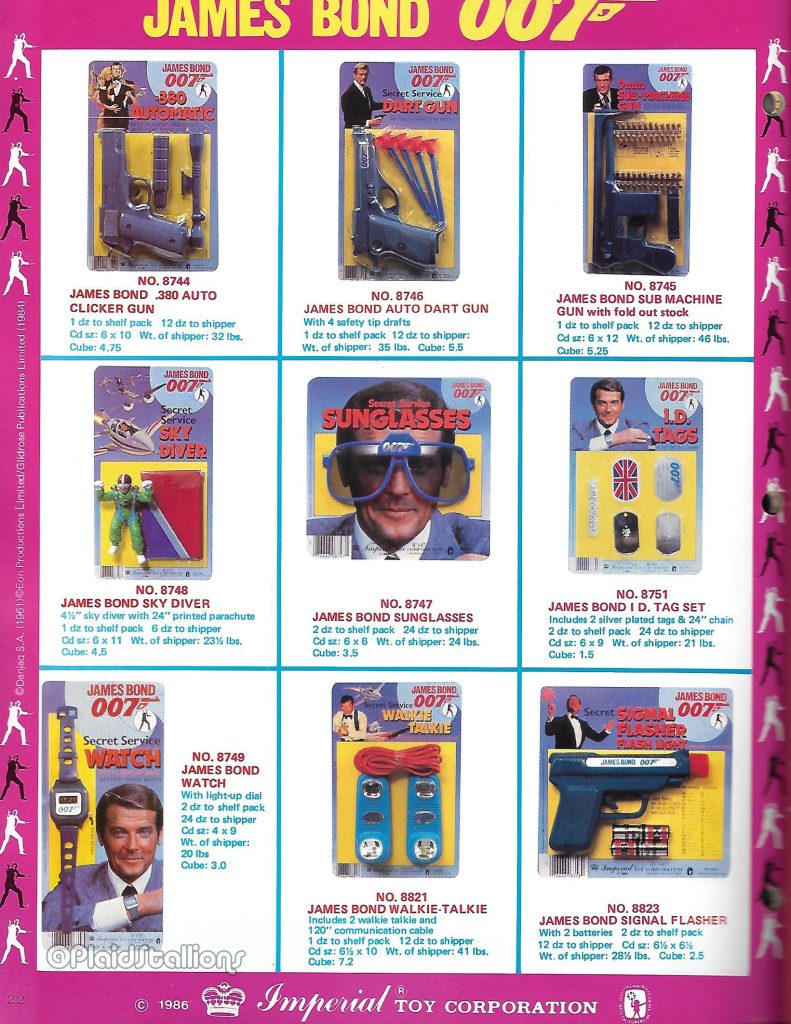 In 1986, just after 59-year-old Roger Moore had left the role, Imperial Toy Corporation decided to launch an aggressive line of Rack Toys featuring the movie super spy. These were not the first time Bond had been featured on Rack Toys, AHI had done it in the 1970s but Bond merchandise was not common for the time, save for the odd model kit or evergreen Corgi car.

It was a way to yet again label slap the 007 logos on existing toolings like guns and that epic parachute man, which also weaved its way into  Imperials’ Delta Force line. However, the most memorable piece of Imperial James Bond merchandise has to be the sunglasses, whose card back provided some unintentional hilarity. 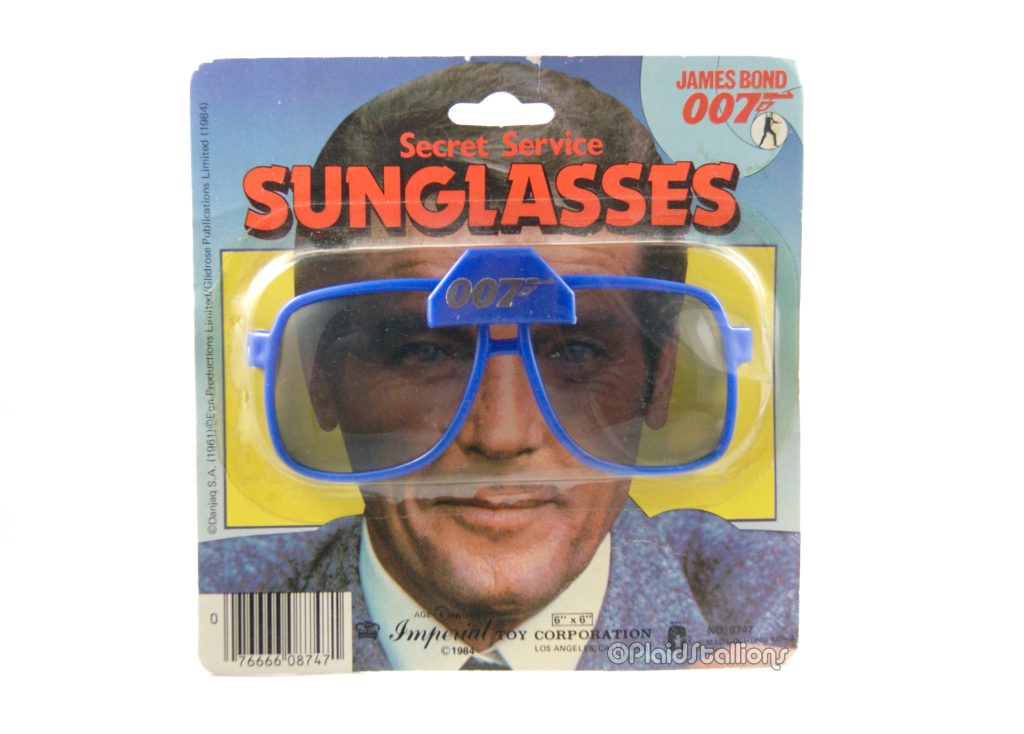 The names Bond, Elton Bond. I really hope Roger Moore saw these at least once in his life. It’s probably unlikely as they don’t have Ben Franklin stores in Monte Carlo but a guy can dream.

One year later James Bond would regenerate into Timothy Dalton and all these toys would look like yesterday’s news. 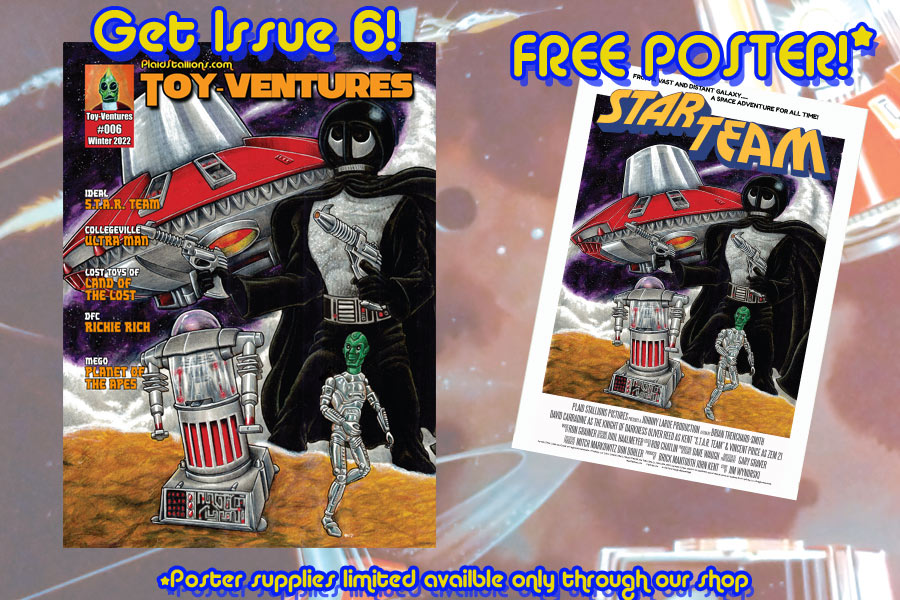