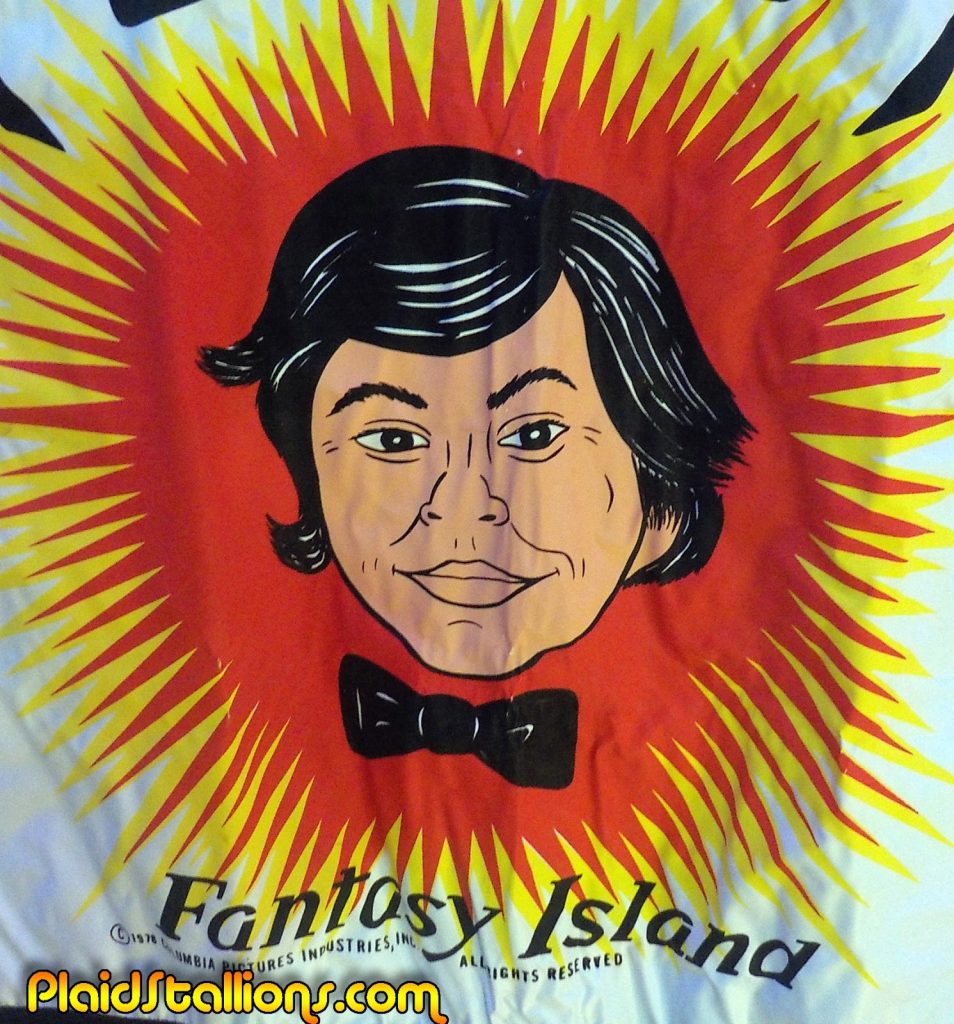 I managed to track down a major Halloween costume grail this past weekend and while it’s certainly not the most expensive or most desired suit on my want list, it sure is a personal  favourite. More on this after the jump! 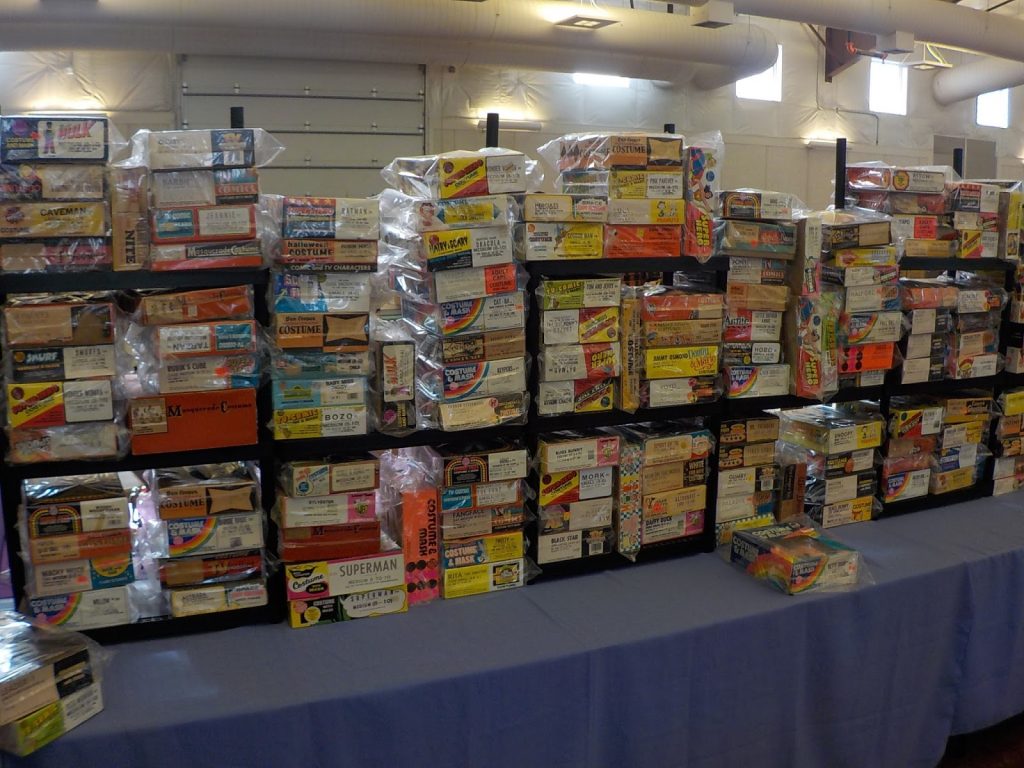 This past weekend I attended the Chicago Toy show (full photo albums can be found on our facebook page) , which I’ve done a few times before but this weekend was a bit special as I was contacted a few days prior by a gent named Chris that he was selling his Halloween costume collection.

Seriously, he had a Holmes and Yo-Yo costume! Let that sink in…..

I’m so glad I went just to witness how amazing it was, so many costumes I’d never heard of, seriously it was epic. Trouble is, I couldn’t seem to find one I needed, the ones I rattled off were either already spoken for or not present and then i found this…. 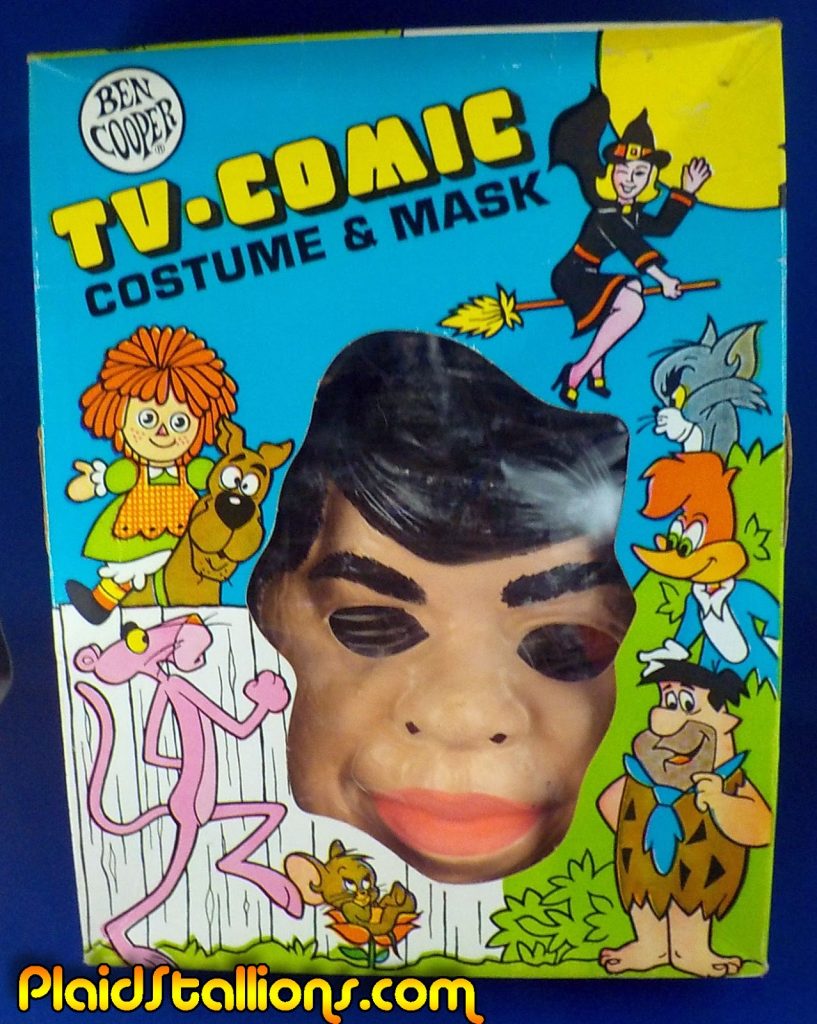 The Fantasy Island Tattoo costume! As readers of this blog know, I love Fantasy Island to pieces and I’ve wanted this weird costume for years. The best part of it was, it was dirt cheap baby as Chris’s prices were as easy going as he was.

The costume fits a child up to 58″ tall (ironic considering Villachez was only 46″ tall) so for what will probably be the last year ever, I have my child modeling it. 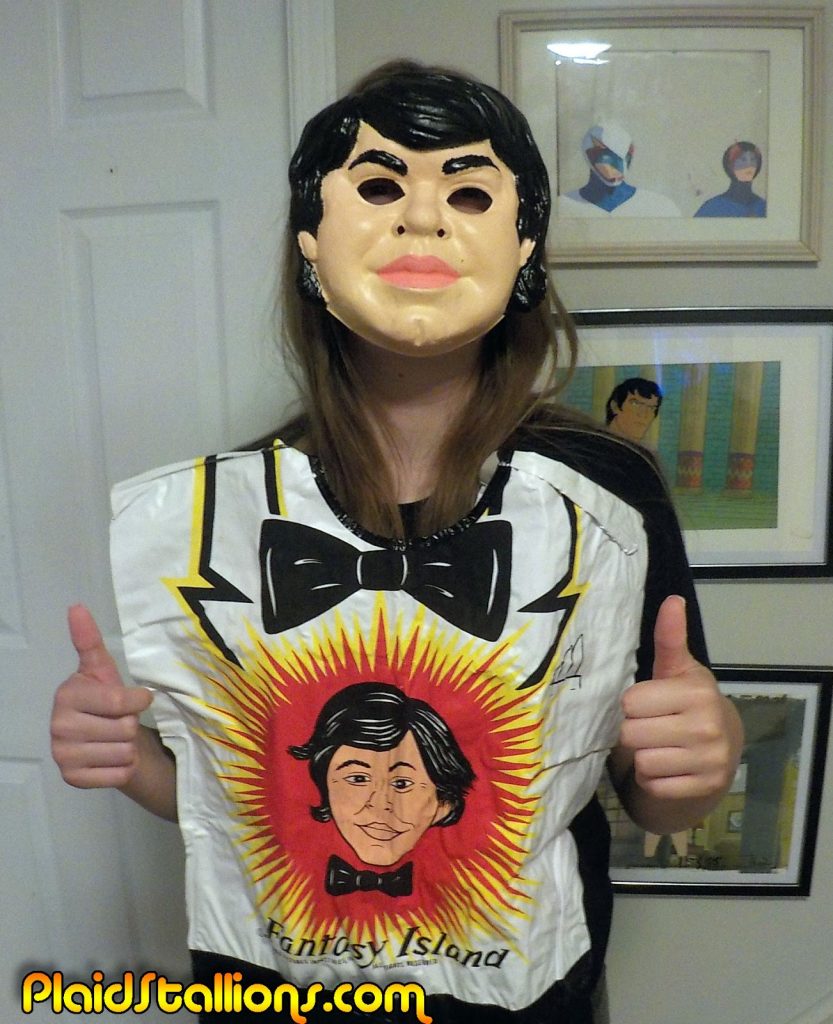 Tattoo will be preserved for the next few months on the door of the PlaidStallions bunker (ie my basement office) serving to inspire me each day. 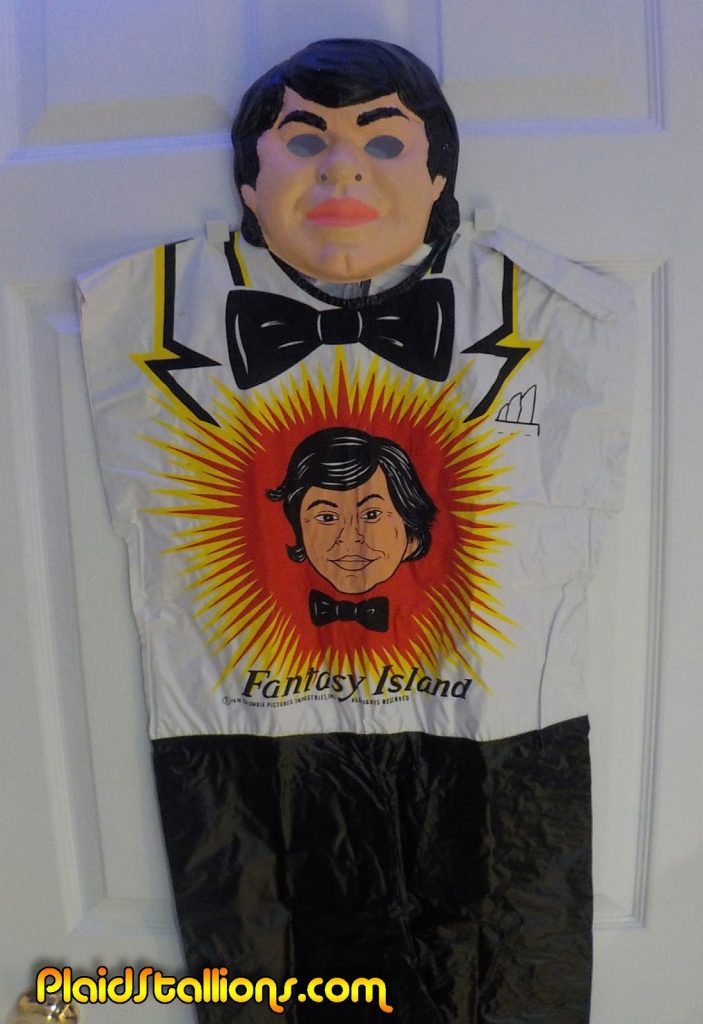