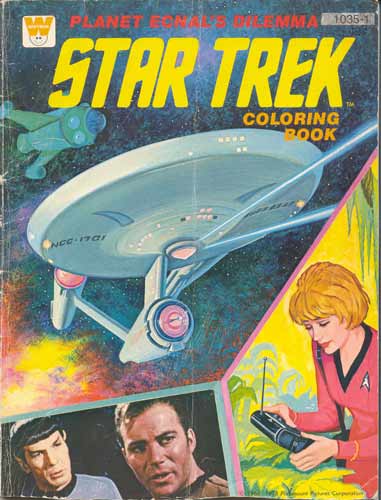 Today’s colouring book comes from Sharry aka Hardygirl and it’s one I’m excited to have here.

Star Trek was always on when I was growing up thanks to my sister’s obsession with William Shatner, I was convinced as a kid that it was a filmation saturday morning series like Ark 2.

In the 70’s most Star Trek merchandise was aimed at kids, there was something really charming about that.

The book is titled “Planet Ecnal’s Dilemma” and it’s by Whitman, one of the higher profile players in the trillion dollar colouring book industry. It’s also one of the nicest books I’ve seen. 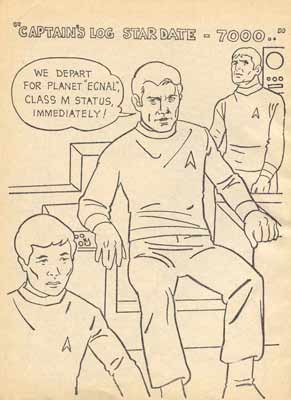 Sharry tells me the story begins with the enterprise going to the planet Ecnal who has asked the Enterprise for help because their planet is dying. I hate to be nerdy but check it out, they got Sulu right. That sounds weird but I have a Power record where they made him black. 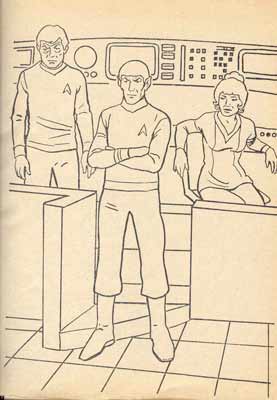 Again, nice detail on the crew, Deforest Kelly must have loved how he was defined by his wrinkles. 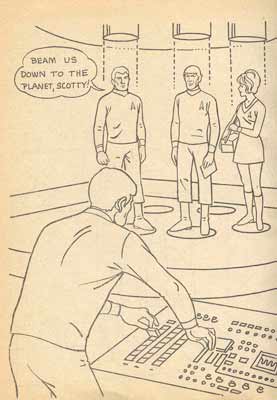 It’s rare in mid seventies Trek merchandise to get so many details right, if you look at old Gold Key comics at the time, the Enterprise has flames coming out the back and the bridge has large devices on it with humungous dials and levers. 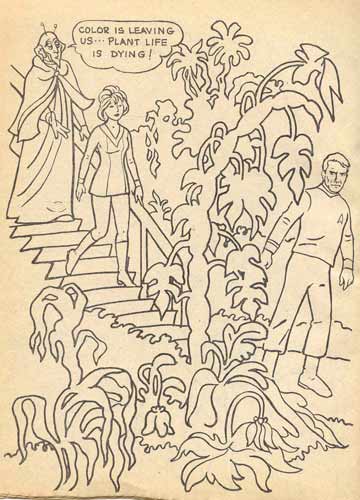 The crew discover that planet Ecnal is dying, what could be causing this? 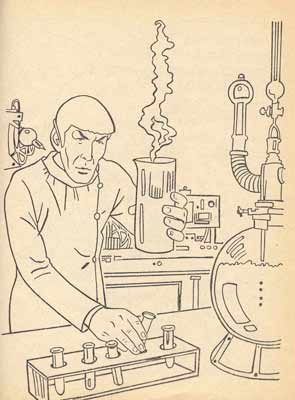 Spock does some science stuff to figure it out and for some reason dresses like a pharmicist from the 50’s. 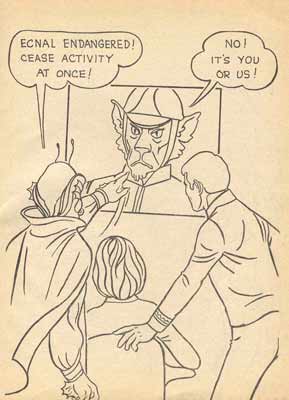 Turns out it’s another alien race (the Lerows) draining the life energy from Ecnal, these aliens look a little over budget for the original series but right in place with the animated show. 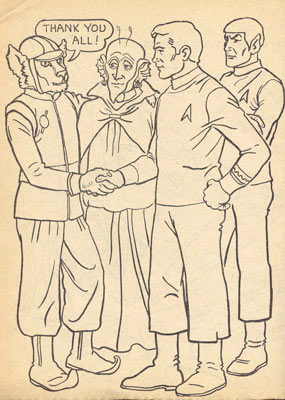 Kirk takes off his shirt, makes love to their women and blows up a computer, I won’t bore you with those pages, it all works out in the end. Thanks Sharry for this awesome book!

Got a colouring book you’d like to guest review? Drop me a line!Previous Colouring Book Theatre Entries can be found here. Coming Next Week: Superman!