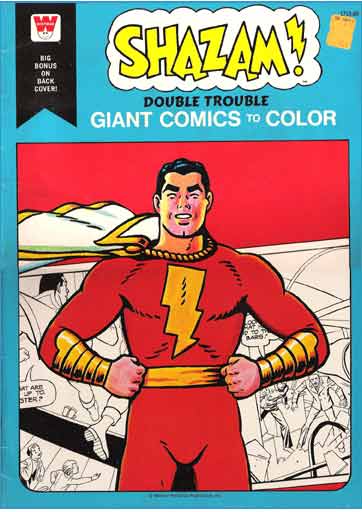 Shazam was one of my favourite characters as a kid, it probably didn’t hurt that I was like 3 years old when he made his return/merchandising blitz.

I got this in a lot of Treasury Comics, it had been used somewhat so I gave it to my son and from what I can see, he coloured two pages and it got put away.

The book is very well done, trying to emulate that classic C.C. Beck art style and tone, which was always a shock for a kid who got introduced to the character via the popular Filmation TV series. 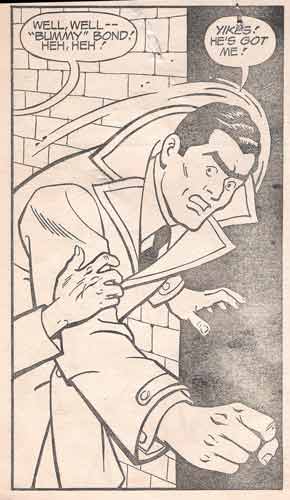 The book opens with Captain Marvel beating the snot out of some bank robbers, one escapes but is found by Cap’s evil nemesis, Dr. Sivana. Sivana puts “Bummy” in a device (that no doubt shaves uni-brows) and he’s a dead ringer for cap. Great nickname, “Bummy” I’d be thrilled with that title. 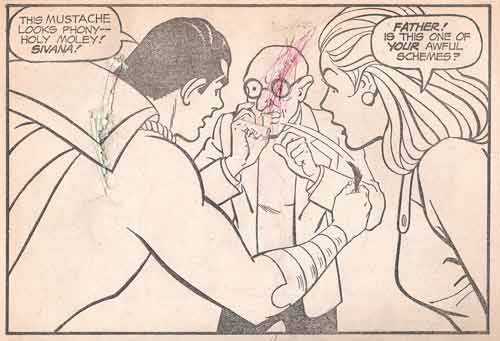 So Sivana kidnaps a girl with the help of his Bummy Marvel and the real Cap investigates. Budget concious Sivana has made use of the discarded Eye brow hair from earlier.
T 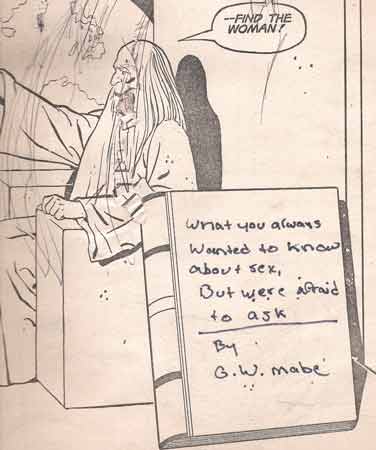 Cap is now a wanted man so he consults the Wizard for advice, note that somebody has decided to add a little hilarity to the situation.
T 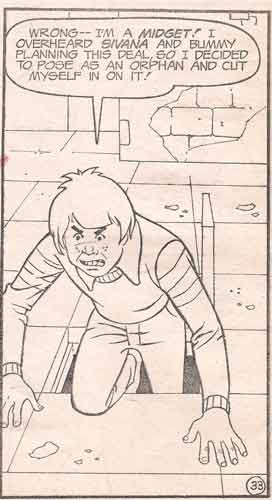 Out of no where an orphan boy shows up but wrong, he’s a midget looking to cut himself in. I have met many a little person in my life and none have ever fooled me into thinking they were a ten year old.
T 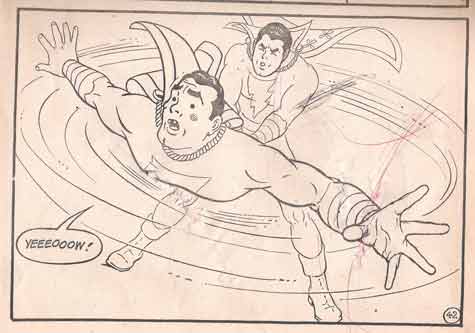 Cap shows up finally and to prove who the real Cap is, he lays a royal beating on Bummy. It goes on for three pages! I would have never suspected Captain Marvel had anger issues.
T 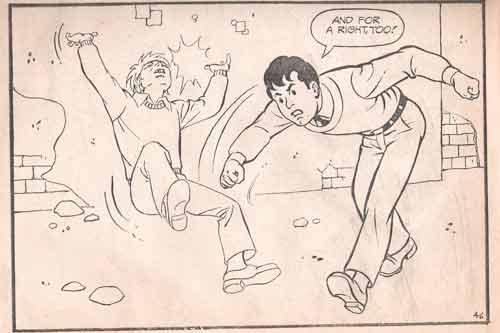 Cap then turns into Billy, who then takes on the bad guy midget for two pages, what the hell? This is more violent than the Batman book. Billy then comments how easy it was and turns into Captain Marvel to bring his carcass back to the authorities.

Got a colouring book you’d like to guest review? Drop me a line!