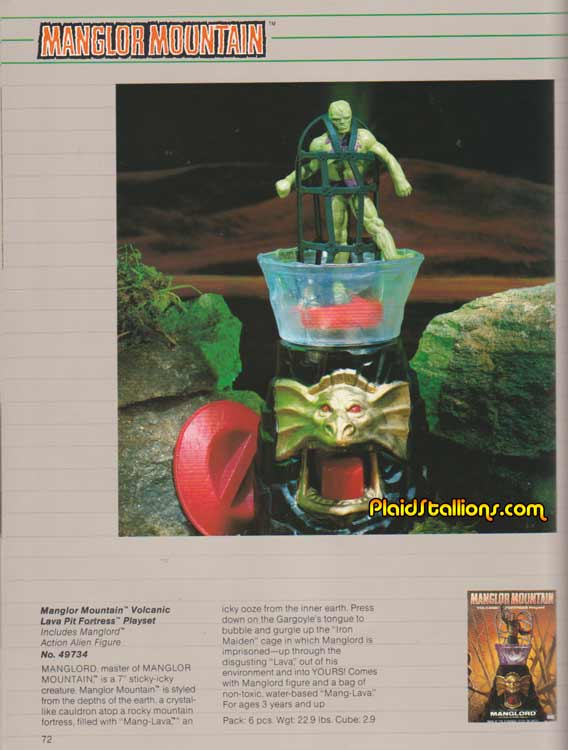 Manglors were a pretty interesting concept from Ideal and one you remembered seeing, first, everybody in the line was a monster, which is cool in itself. Secondly, the concept was that you hatched the figures from their eggs and then you could stretch, squeeze and even rip the body parts off the figures and attach them to other figures. An organic version of the Micronauts I guess.

The only problem was, it didn’t really work all that well and when it doesn’t work as advertised, people get upset, Manglors were a huge problem for Ideal. 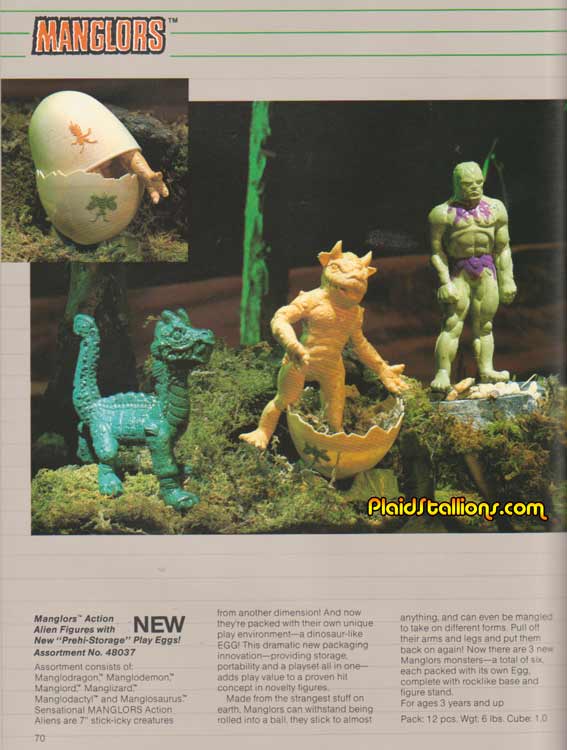 Here we have Manglodragon, Manglodemon and Manglord, who is in charge I guess. The catchphrase here was “made from the strangest stuff on earth”, as I recall it also had a weird smell. Each of the figures came in a “Prehi-Storage” Play Egg in 1984, although figures also came in window-less boxes with stands. One of the biggest problems with the line was kids wanted to test the amazing claims made in the commercial while they were in-store, resulting in a lot of damaged goods. 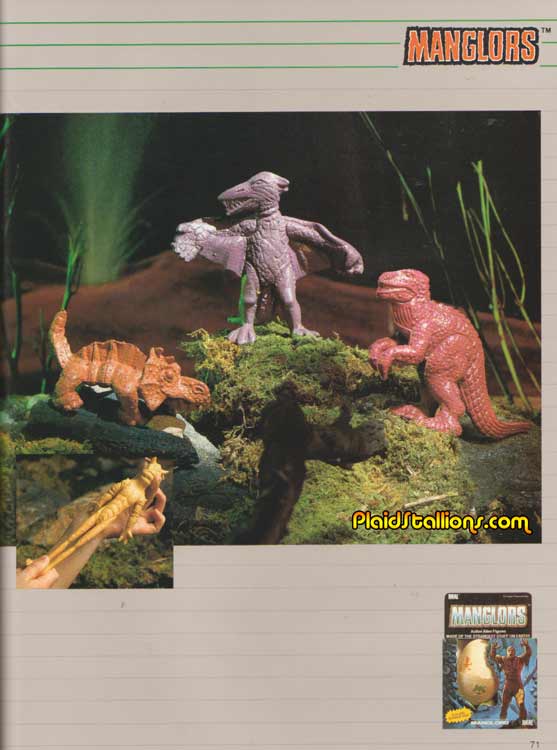 Manglizard, Mangldactyl, and Manglsaurus round out the set of creatures from another dimension. The striking packaging art was done by artist Ken Kelly, best known for his album art for KISS and his Mego Micronauts packaging.

Manglor Mountain seemed to be a pit of “Lava” (very close to Mattel Slime) and you raised Manglord up and down into it using an Iron Maiden like device. Not sure if you were helping him or torturing him here, it didn’t matter, it all resulted in some carpet staining, I am sure..