In the late seventies, Kenner did some experimenting and released a line of action figures based on the movie “Butch and Sundance: The Early Years” which was a commercial failure. Kenner had done such a nice job on the toys that they attempted to repackage the line as “The Real West” in 1980.

The Real West would have included characters from the movie and new Western Legends such as Geronimoe, sadly the line never saw full release and only a few items made it to the market place 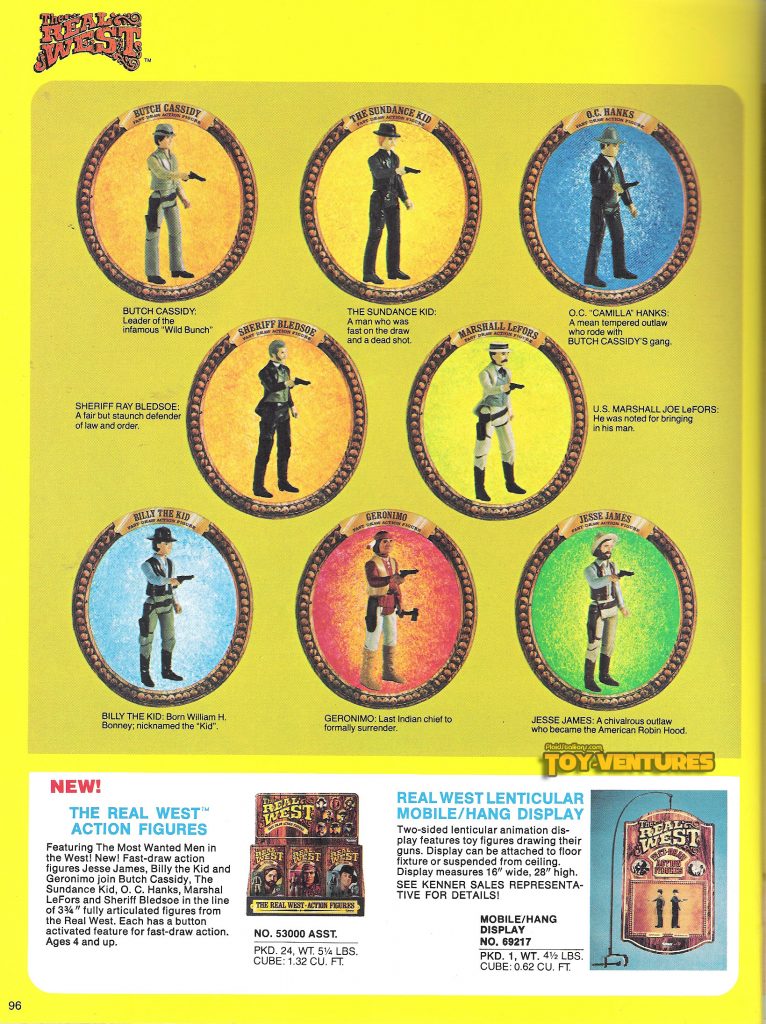 Each of the well-made figures had bendable knees (so they could ride horses) and quickdraw action when you squeezed their legs, kind of a precursor to the Kenner Super Powers figures. If these characters look familiar, Kenner reused a few of the molds to create the Indiana Jones line.

The unproduced figures from this line were Billy the Kid, Geronimo and Jessie James. 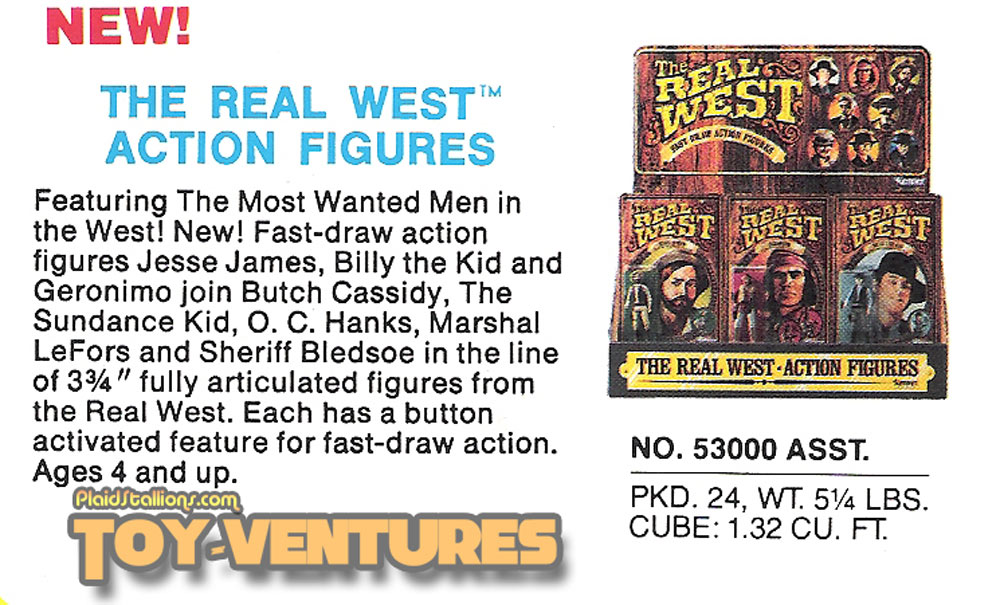 How a display of action figures would have looked. 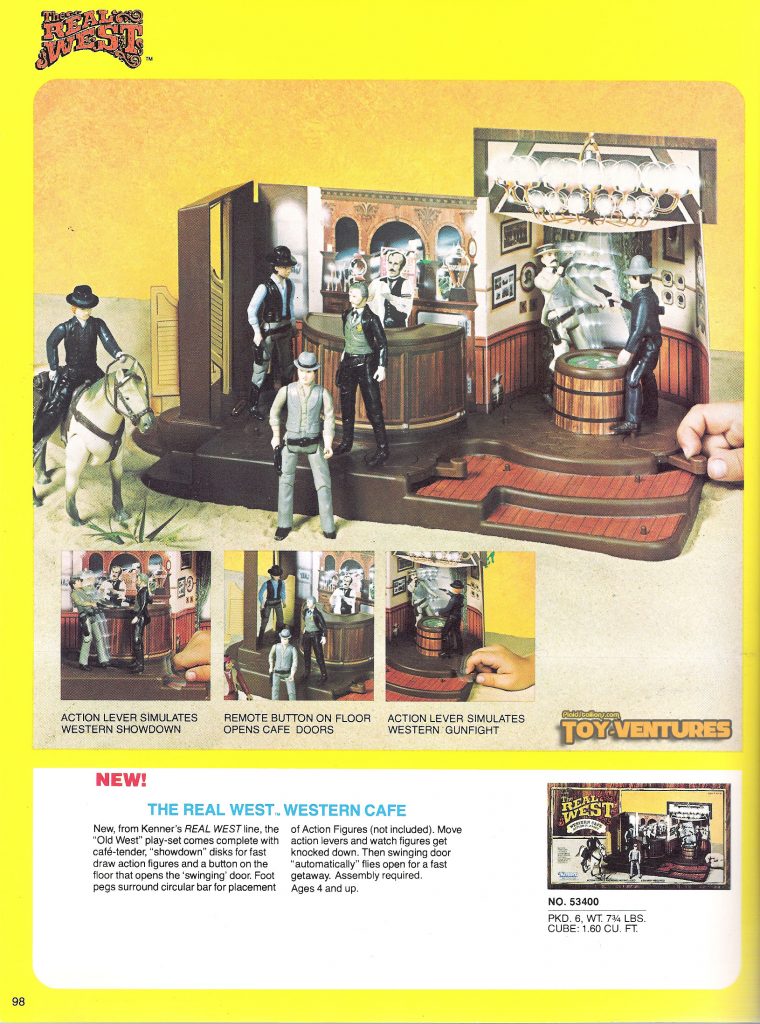 Butch and Sundances horses were also repackaged and released in the Indiana Jones line (I need to do a piece on that wodnerful series). 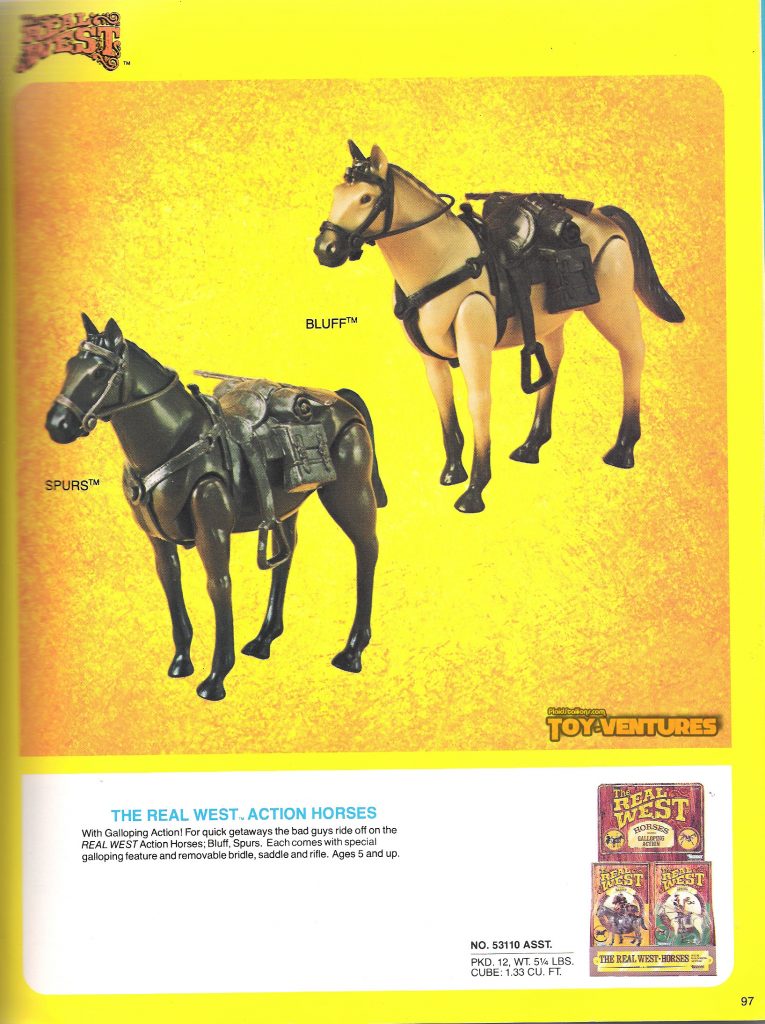 Does the Western Cafe look familiar? It ought to, it’s a redecorated Star Wars Creature Cantina. 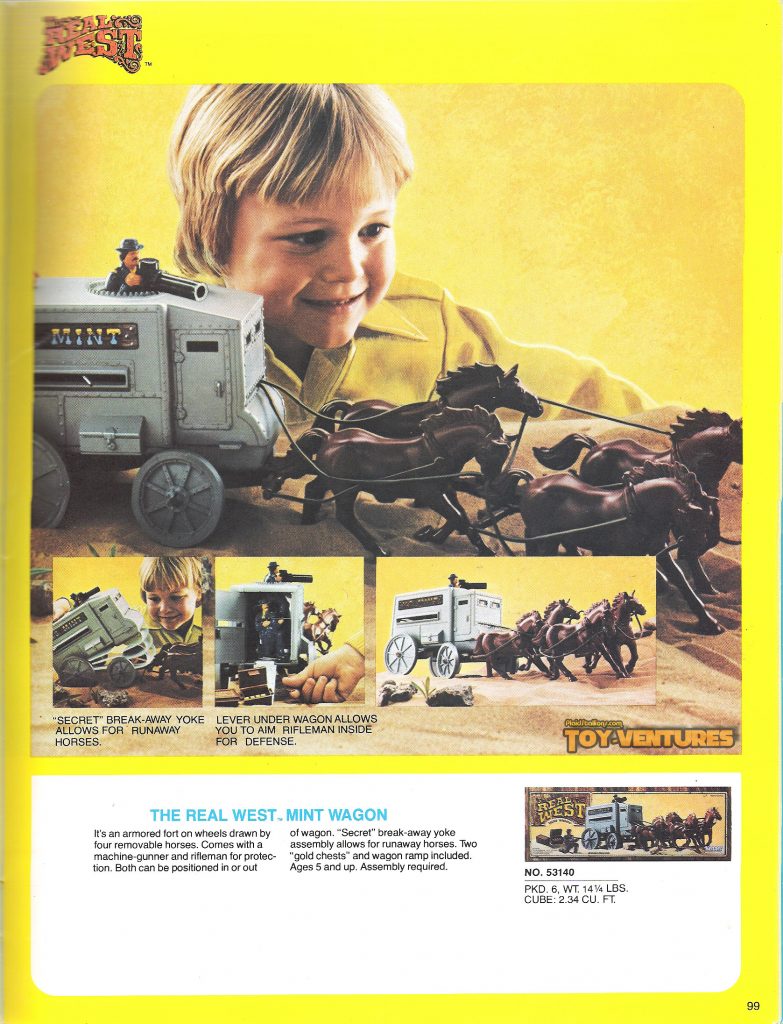 The stagecoach made it into more than one toy catalog during the late seventies/early eighties, I say this a great deal around these parts but this is one nicely made but highly overlooked line of action figures.