Tomland Toys are kind of a mystery to many toy collectors, a member of the Marx family of companies, they were known for producing cheap but fun toys that sometimes kind of skirted copyright laws.
They are perhaps most famous for their 1978 line of action figures called “Star Raiders” and it’s follow up line “Star Command: Starroid Raiders” both of which seemed to have been inspired by a certain George Lucas film (hint it’s not American Grafitti). In 1979, Tomlands lines seem to have been carried in the United States by a company called Calfax, here is their spacey 1979 selection: 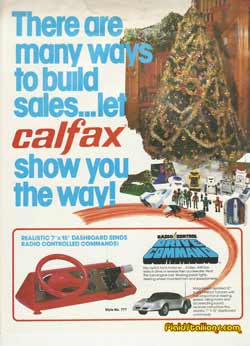 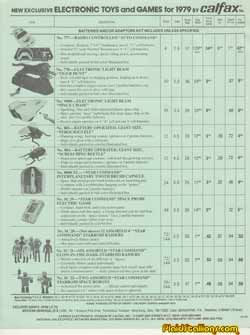