One of the biggest splashes in the toy industry is when game (and nerf) giant Parker Brothers decided to make an action figure.
Not just any action figure but an electronic space hero with bells and

whistles not seen before. Rom was truly a toy ahead of his time and while he didn’t prove to be the smash that Parker Brothers hoped, thanks to a relationship with Marvel comics, he became a much beloved comic book character. 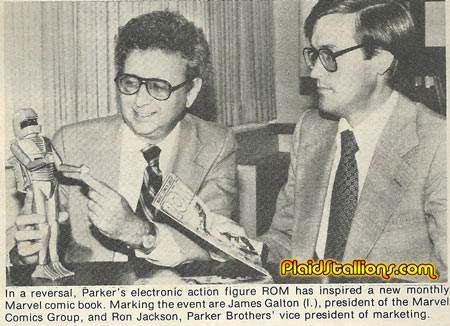 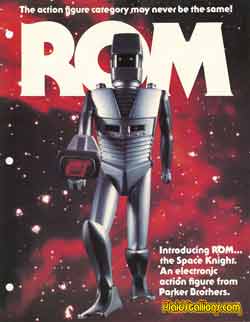 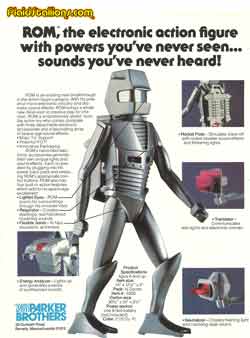 Click Here to read all of the 1979 ROM Press Kit
More ROM stuff: