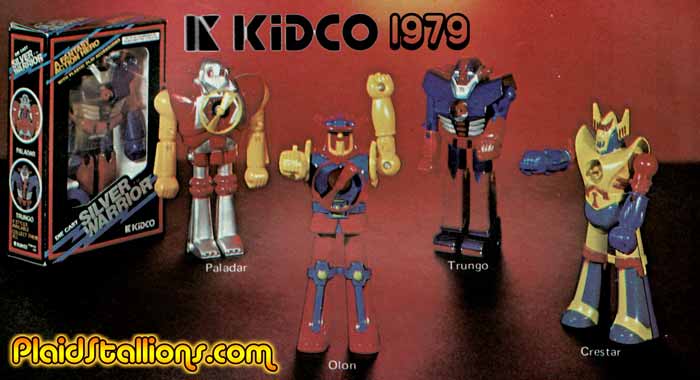 Kidco (a pretty logical name for a toy company) made some pretty unassuming toys during the 1970s, the most interesting items they produced in 1979 are not one but two different lines of Shogun Warriors inspired toys.

Sliver Warriors and Space Defenders are the things you find at toy shows or in lots and have no idea as to what they are. Hopefully, this catalog solves some childhood and/or toy collector mysteries 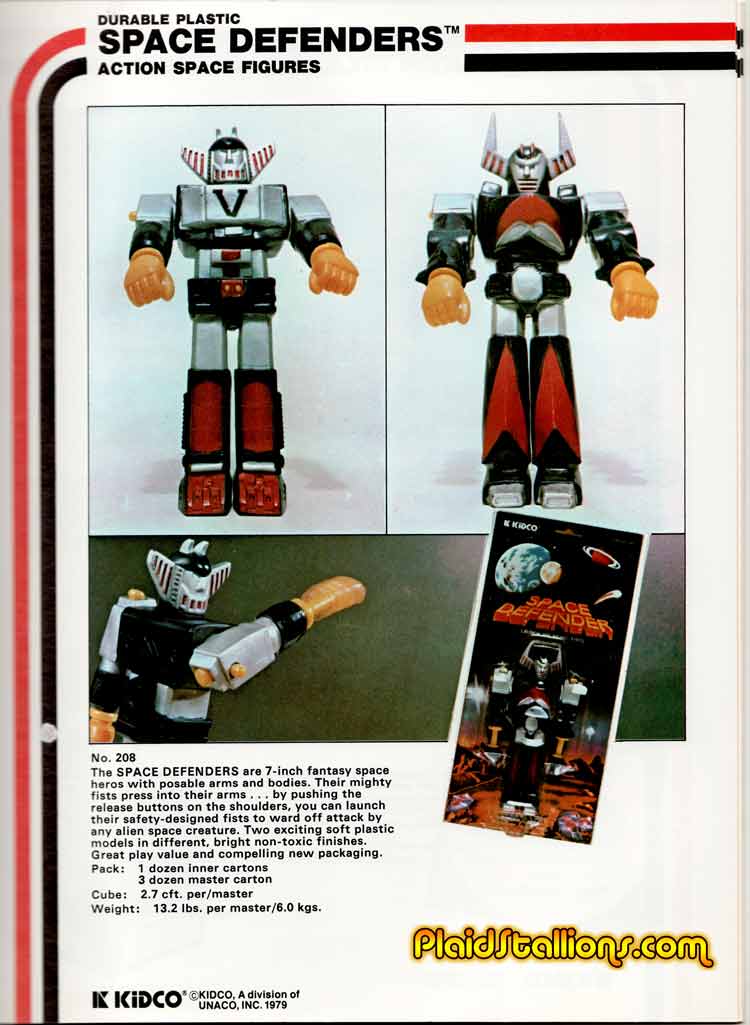 At 7 inches, the Space Defenders would tower over most action figures in 1979, save for Mego Superheroes. 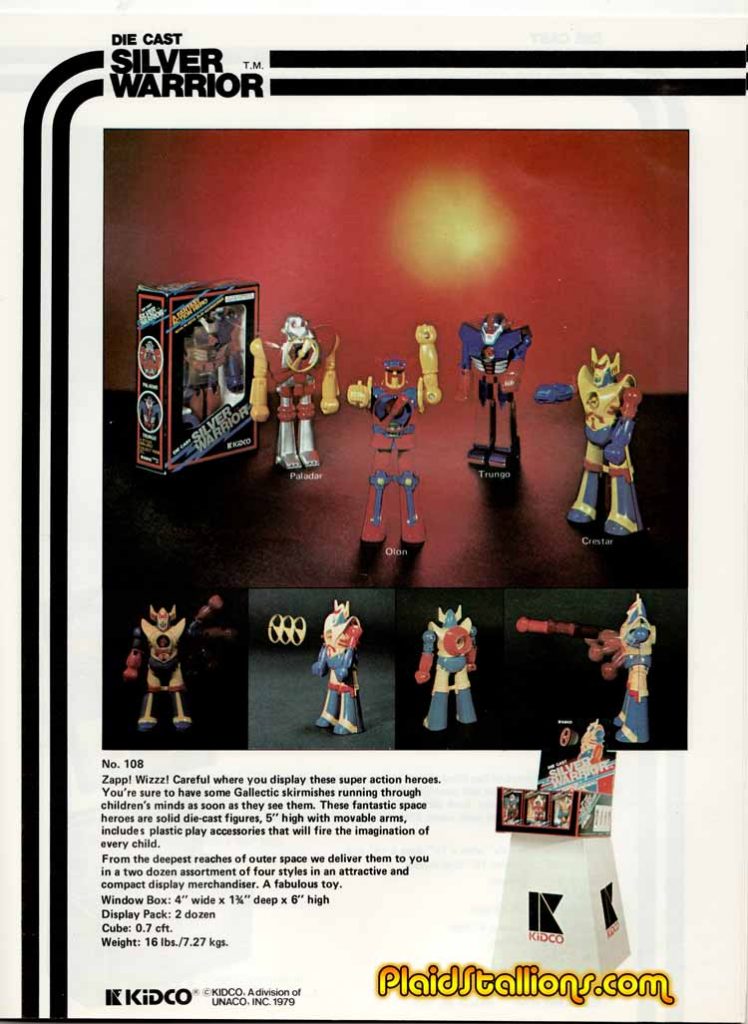 The diecast five-inch Silver Warriors (an inspired name) would slip in quite easily with your SHOGUN Warriors.