The 1976 TV debut of Charlie’s Angels was somewhat reviled by TV critics but a runaway hit with the audience which not only included men but young girls who saw the crime-fighting trio as role models. This lead to merchandising and in 1977 “Angel Mania” hit toy shelves, Farrah Fawcett and Jaclyn Smith signed their likeness to Mego for celebrity fashion dolls (such a clever workaround) but the main event was the Hasbro line of 9″ figures based on the series.

Toy fair 1977 saw the launch of the Hasbro Charlie’s Angels toy line, the line would grow in 1978 and actually include cast member changes. 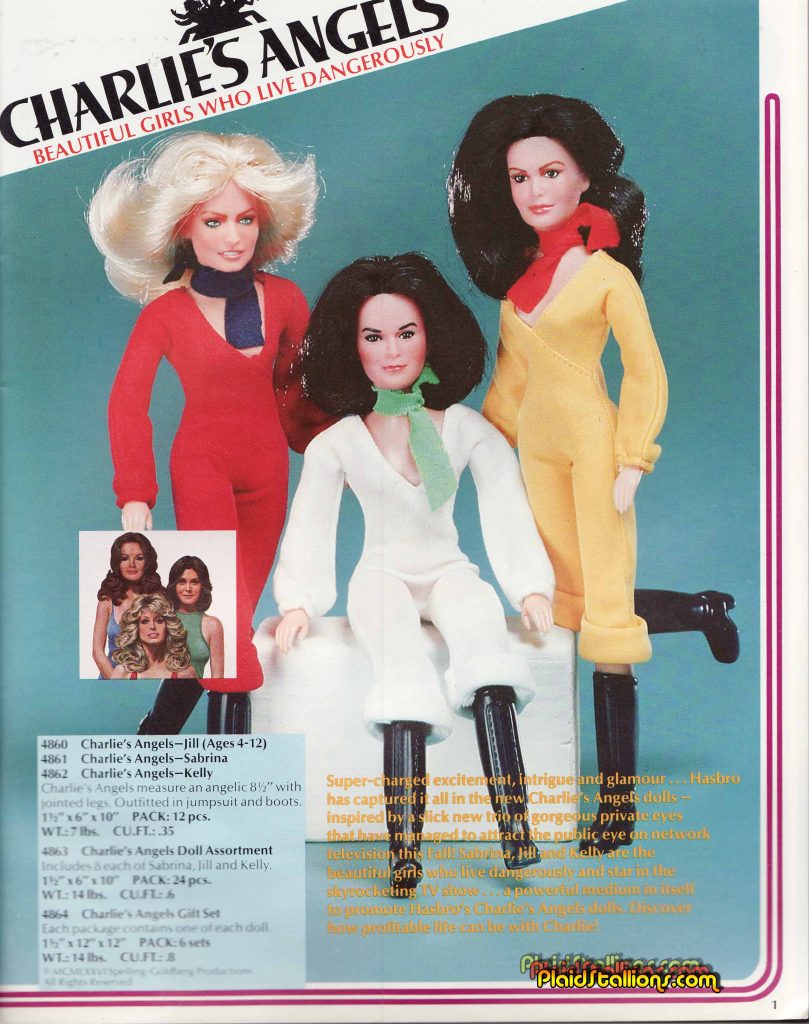 Hasbro gave Angel’s jumpsuits and neckerchiefs, which is something ABC should have done. 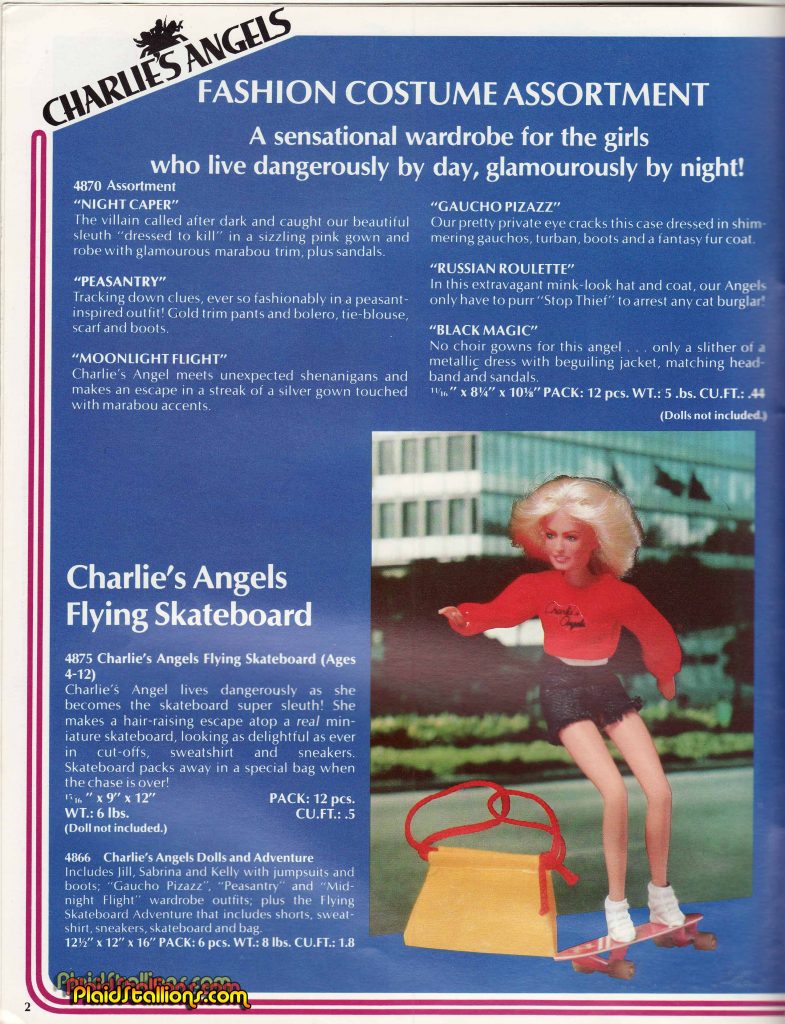 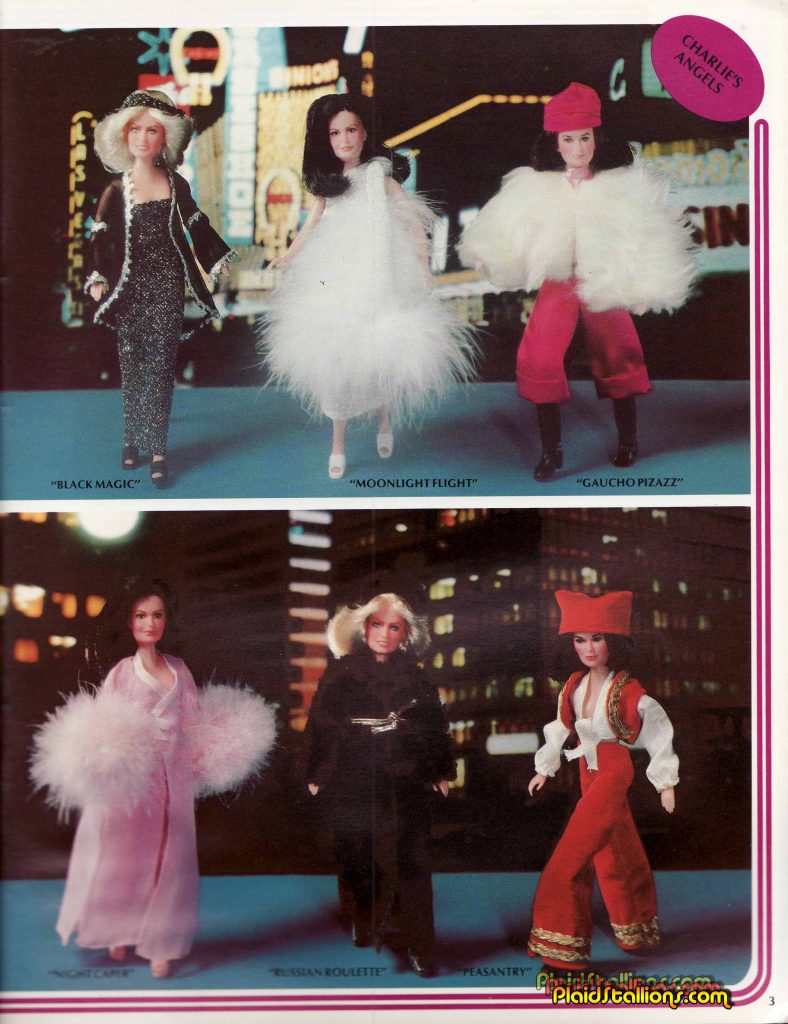 Some of this stuff was also sold for Superjoe the same year.. 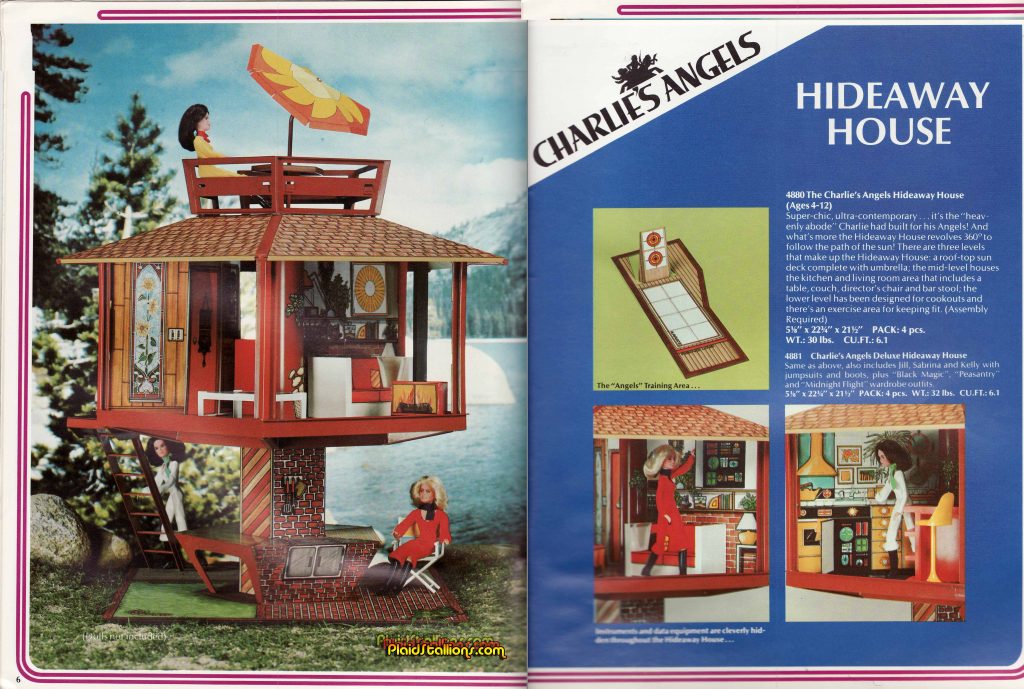 The Hasbro Charlies Angels Hideaway House is the typical dollhouse/playset that I wish was more common these days. Bosely not included, you’ll have to use your Mego Friar Tuck.