The Fighting Furies were introduced in 1974 by Matchbox (Lesney) and were the creation of legendary toy design firm, Marvin Glass and Associates. The line at this time centred around a series of Pirate action figures with “duelling action” which was a lever on their backs allowing them to engage in sword play.

The Fighting Furies line enjoyed some success in 1974 and Matchbox attempted to expand the line in ’75 with a new character, a boat and two proposed playsets. 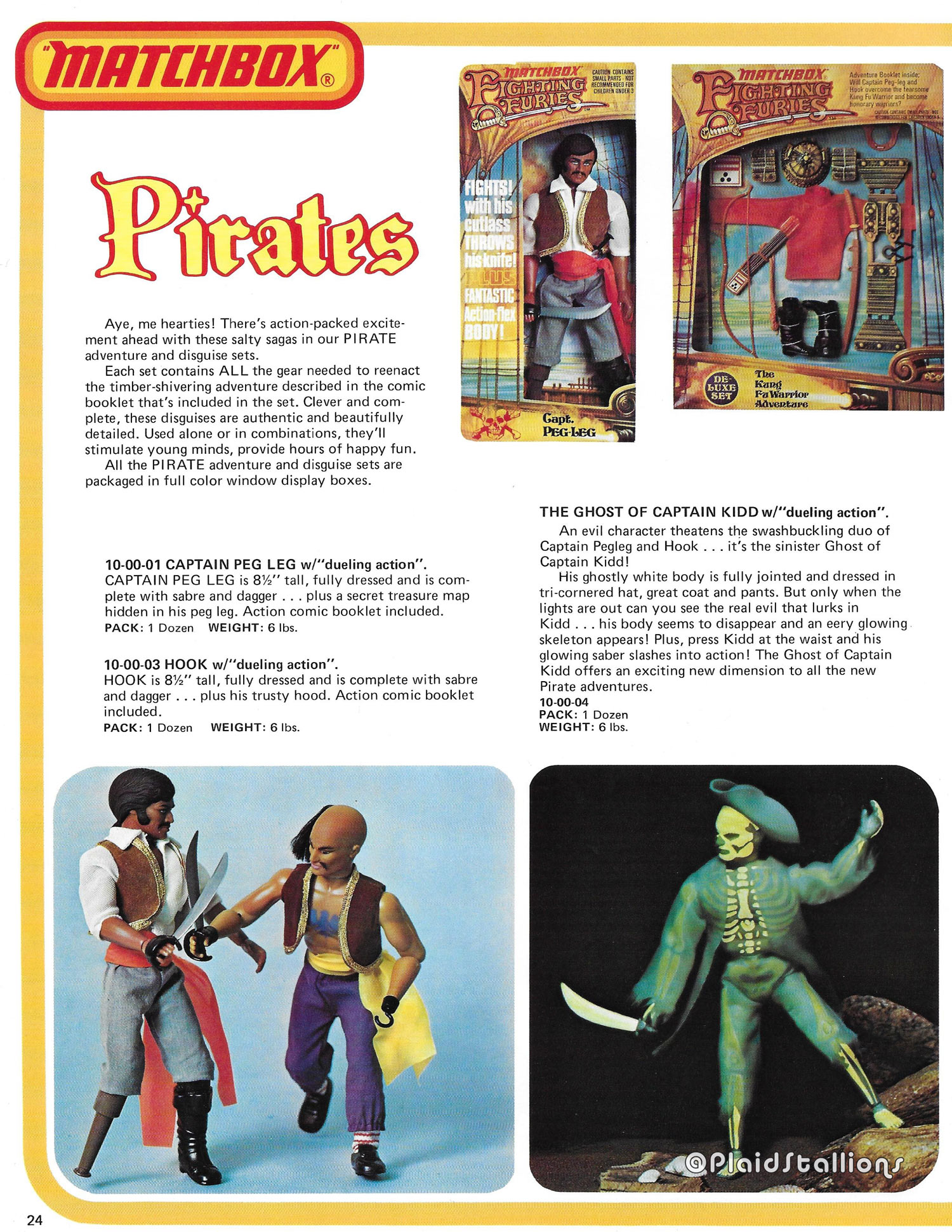 The new character for 1975 is the Ghost of Captain Kidd and he is glorious! A ghostly glow-in-the-dark figure that reveals a skeleton image, he is the line’s benchmark figure. Sadly, he was also the last figure in the pirate range. Europe would see the Fighting Furies expand into western themes but the pirate range wouldn’t see any further growth. 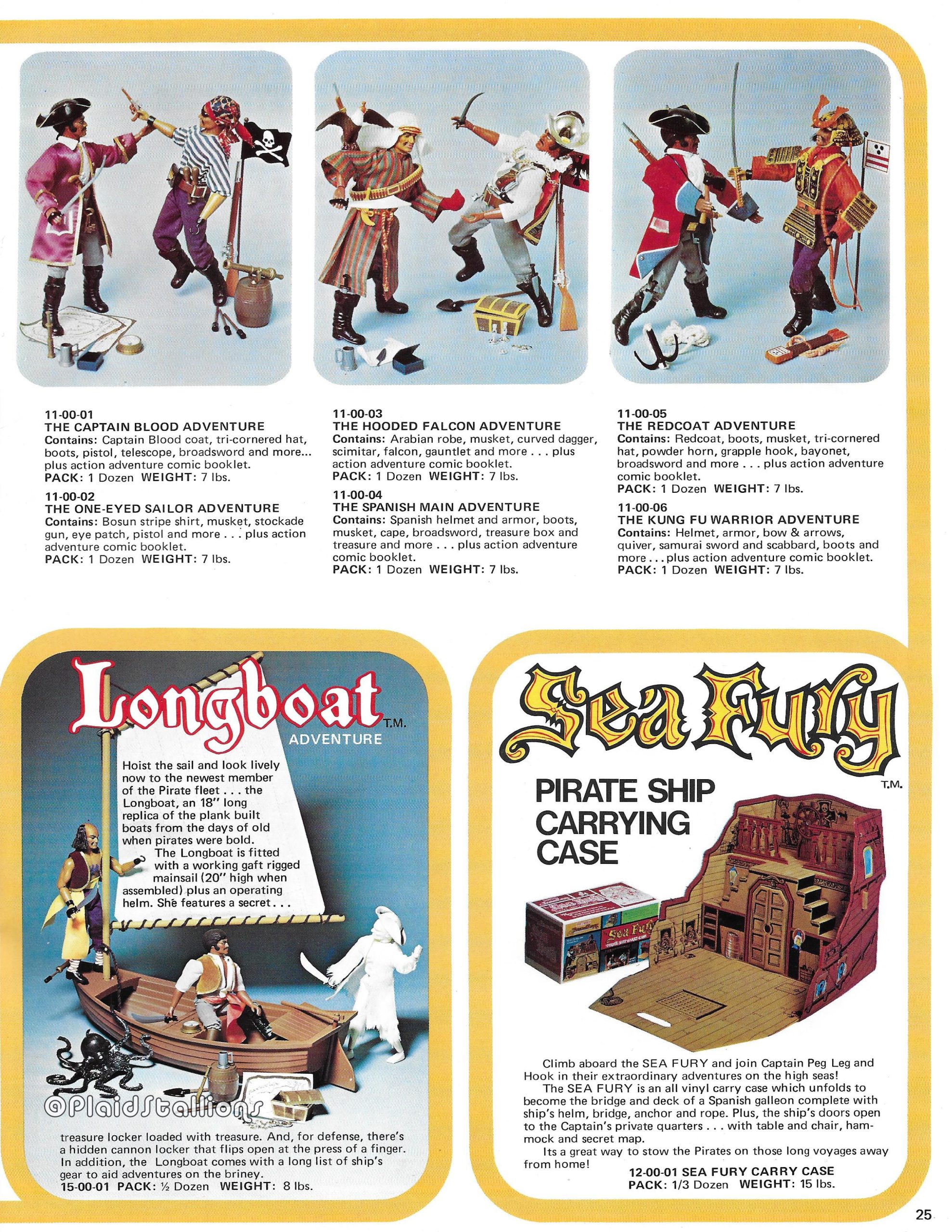 The Fighting Furies longboat adventure was proposed for 1975 and looks like a lot of fun. However, it likely did not see production, a complete shame. That little octopus! 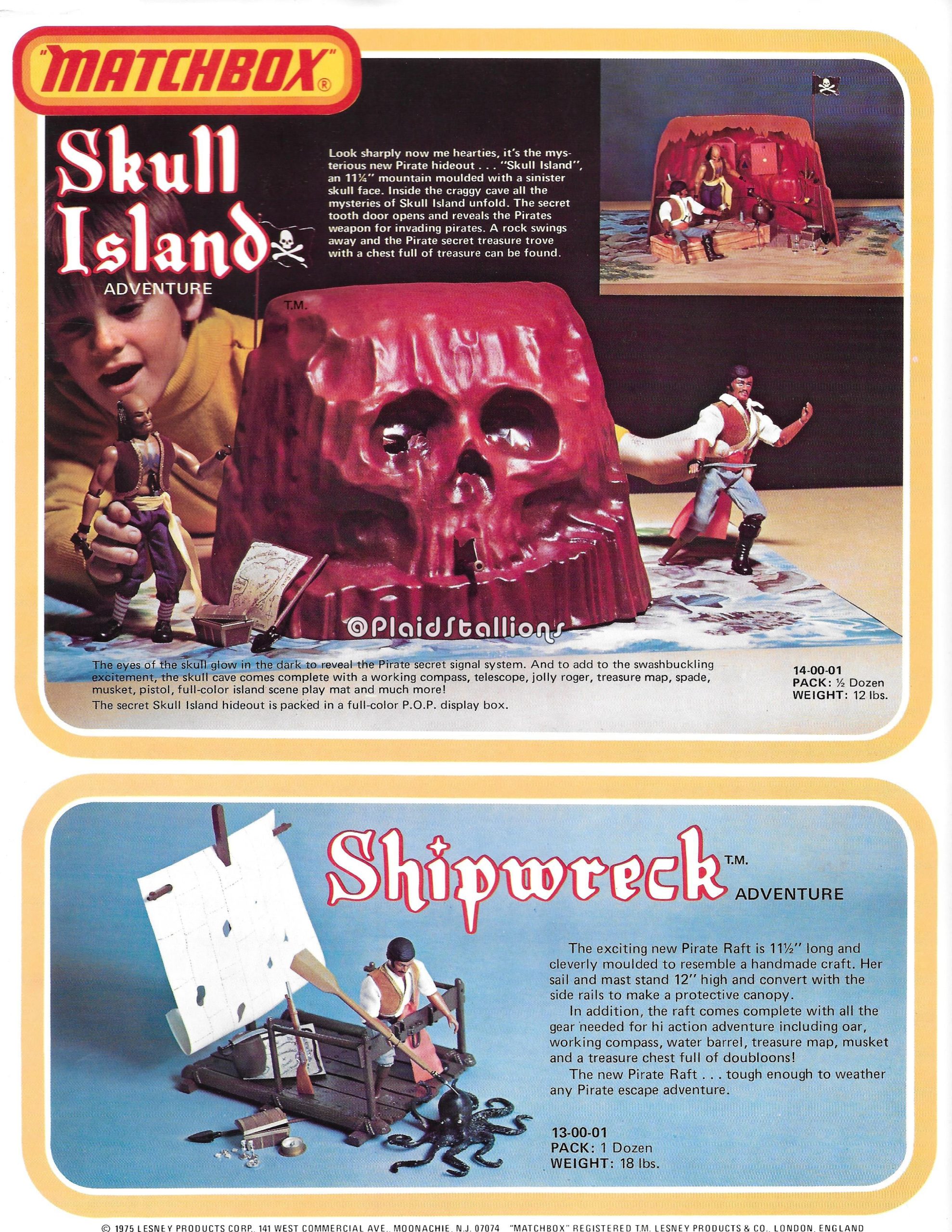 The Skull Island Playset is another tragedy of the catalogue as it never saw production. I don’t think the Phantom would appreciate those pirates in the Skull cave though, they don’t allow smoking there.  Shipwreck adventure was another vehicle that didn’t see production and I mourn that little Octopus yet again…. 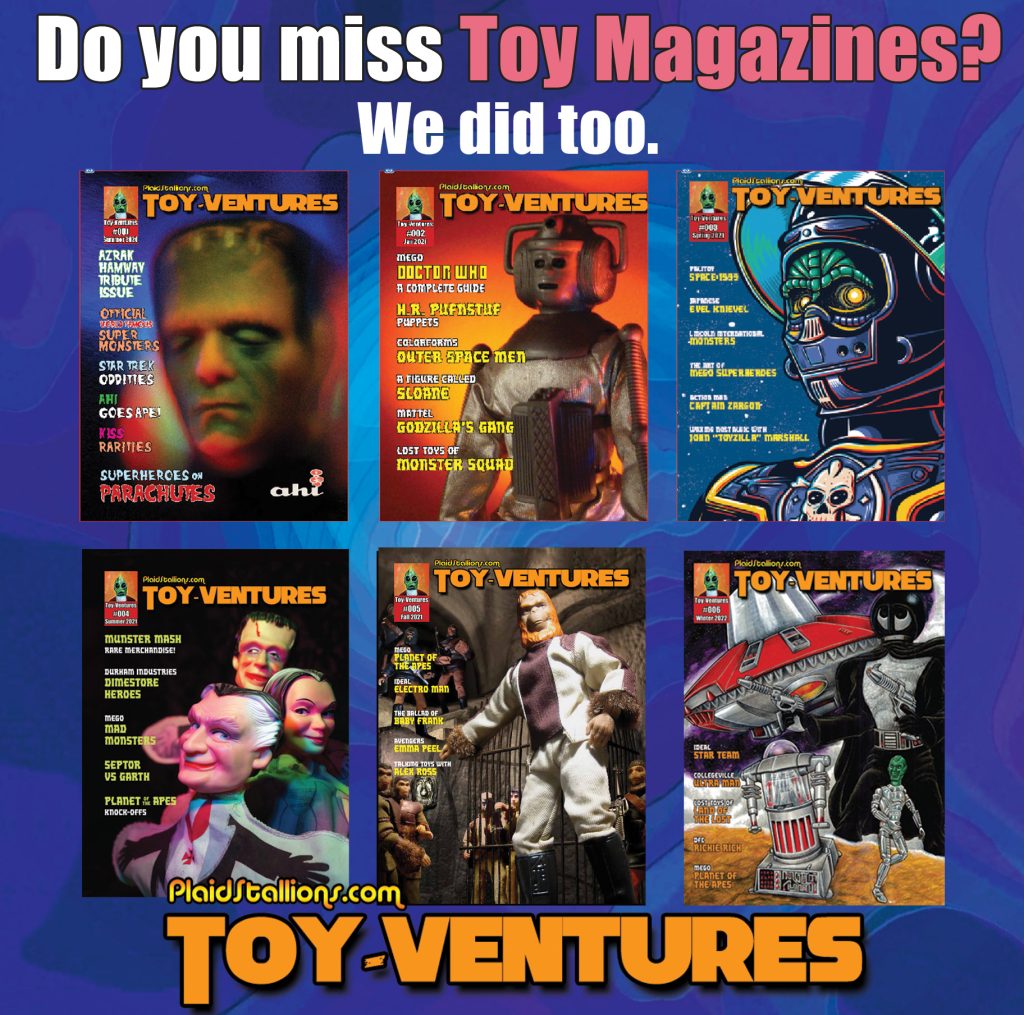