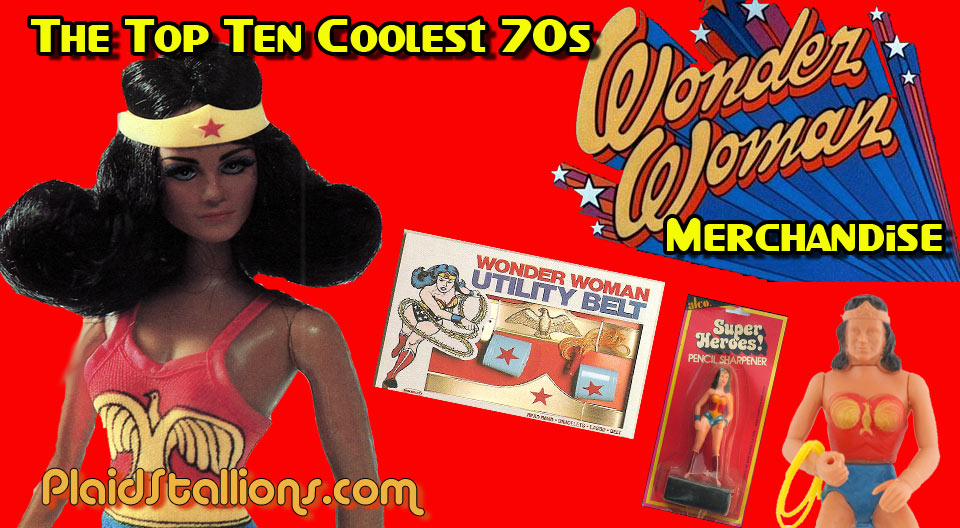 The 1970s were a good time for female heroes, between Jaime Sommers, The Angels, Police Woman and Diana Prince, sisters were kicking butt like never before.

Wonder Woman was not only on prime time but a Saturday morning fixture with “The Super Friends”, this combined with her comic title made her very popular with licensors in the 1970s.

Here are ten of our favorite pieces of Wonder Woman merchandise.