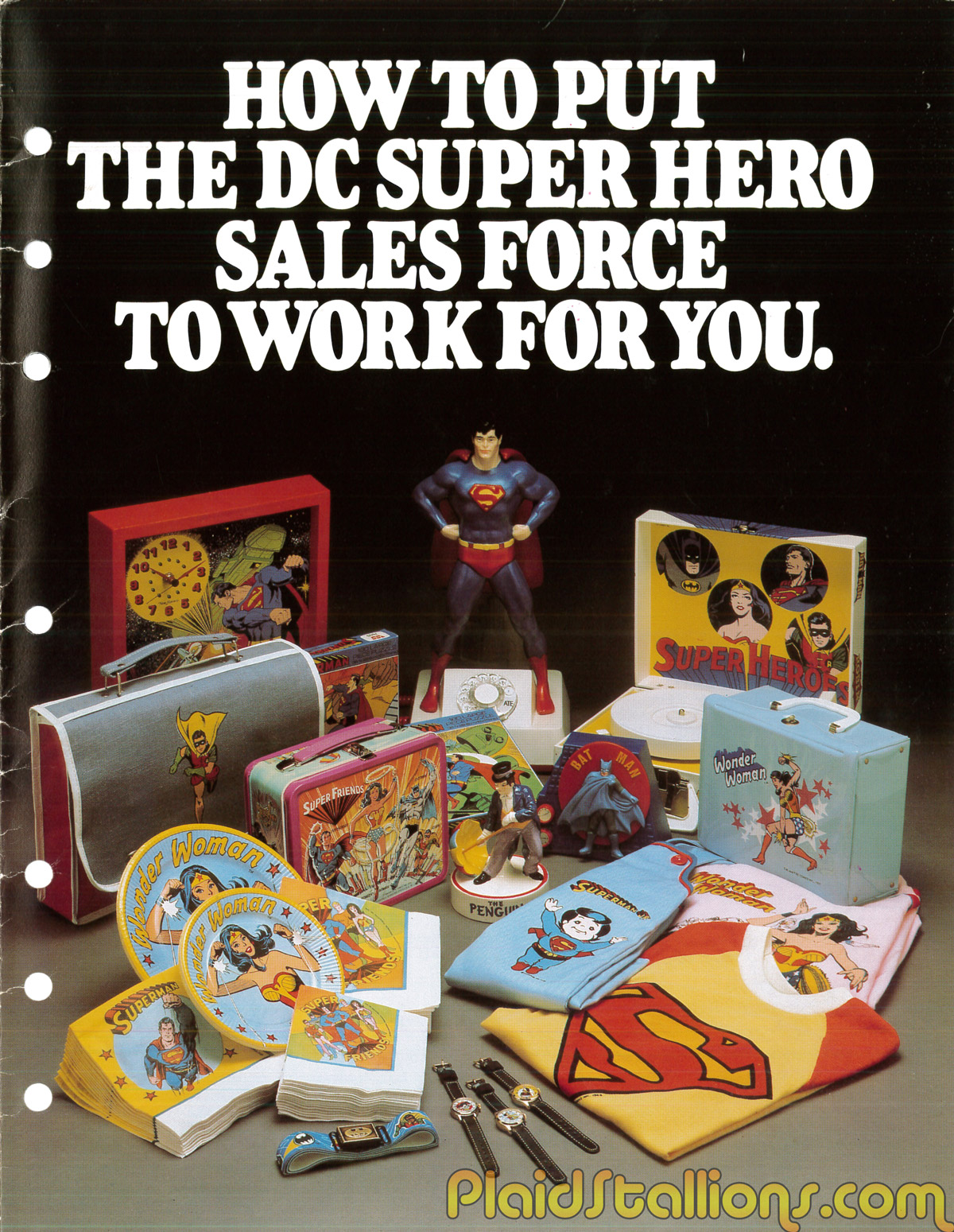 Another cool sales piece from LCA (licensing Corporation of America) extolling the virtues of DC comics superheroes. LCA was the engine that drove the superhero merchandise explosion of the 1970s, so it’s safe to say I’m a big fan. Click on any of the images to see them larger. (Thanks to Corey for the scans) 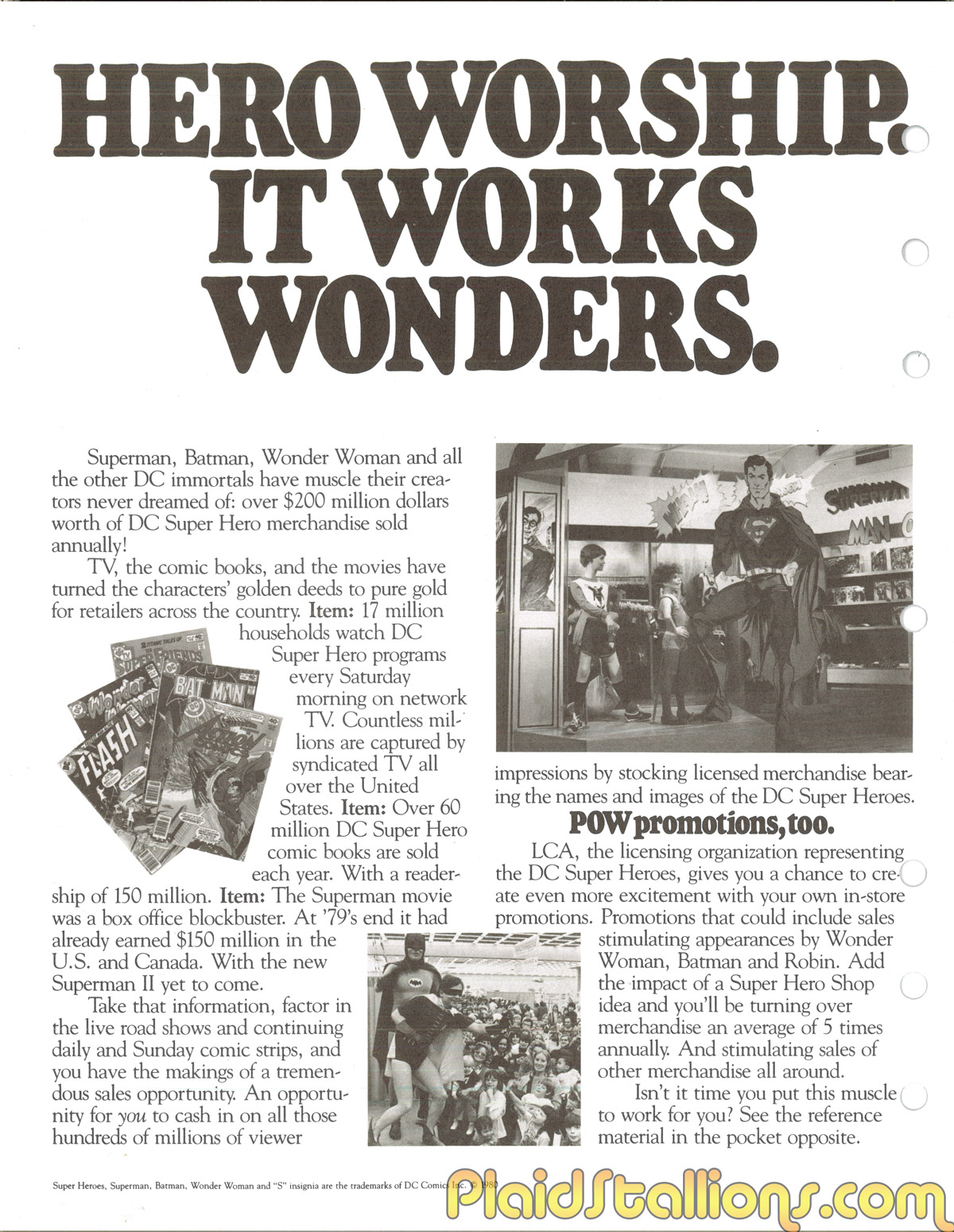 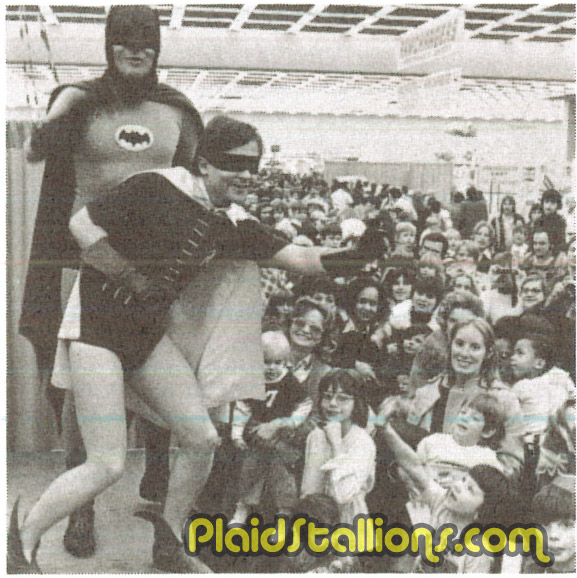 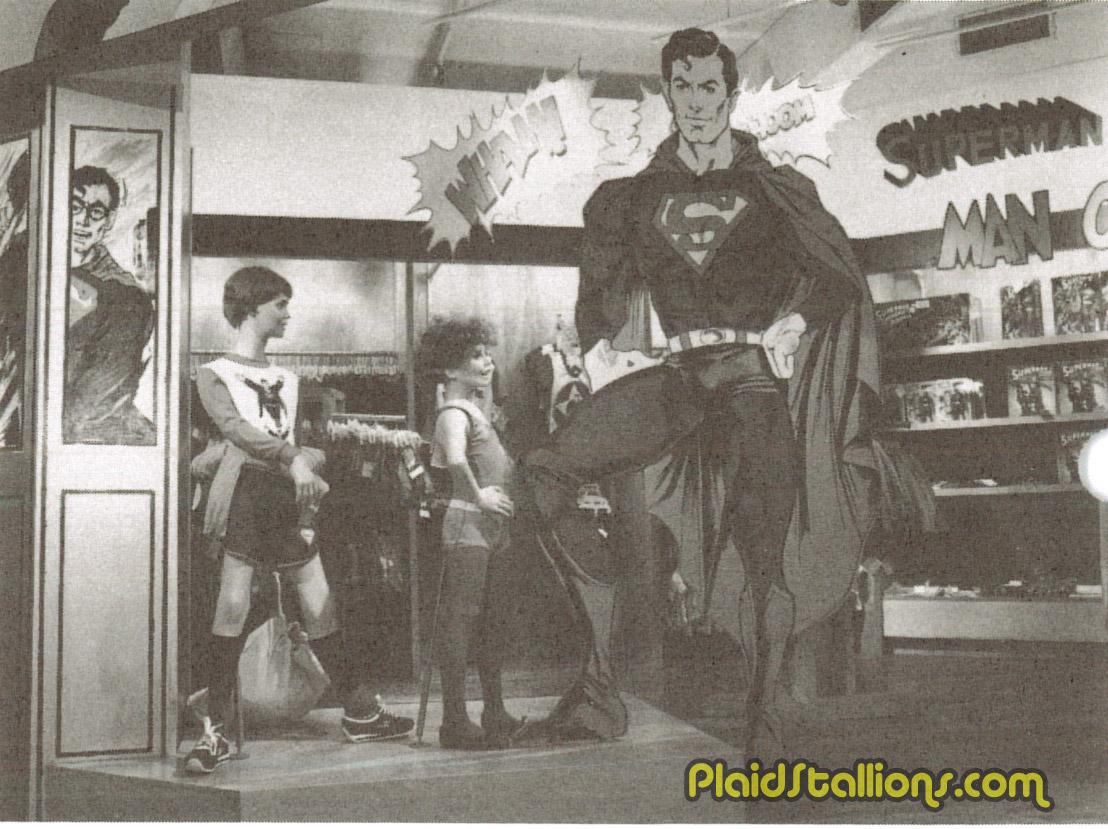 This is the Superman boutique at Macy’s, we’ve previously featured it in the booklet below: