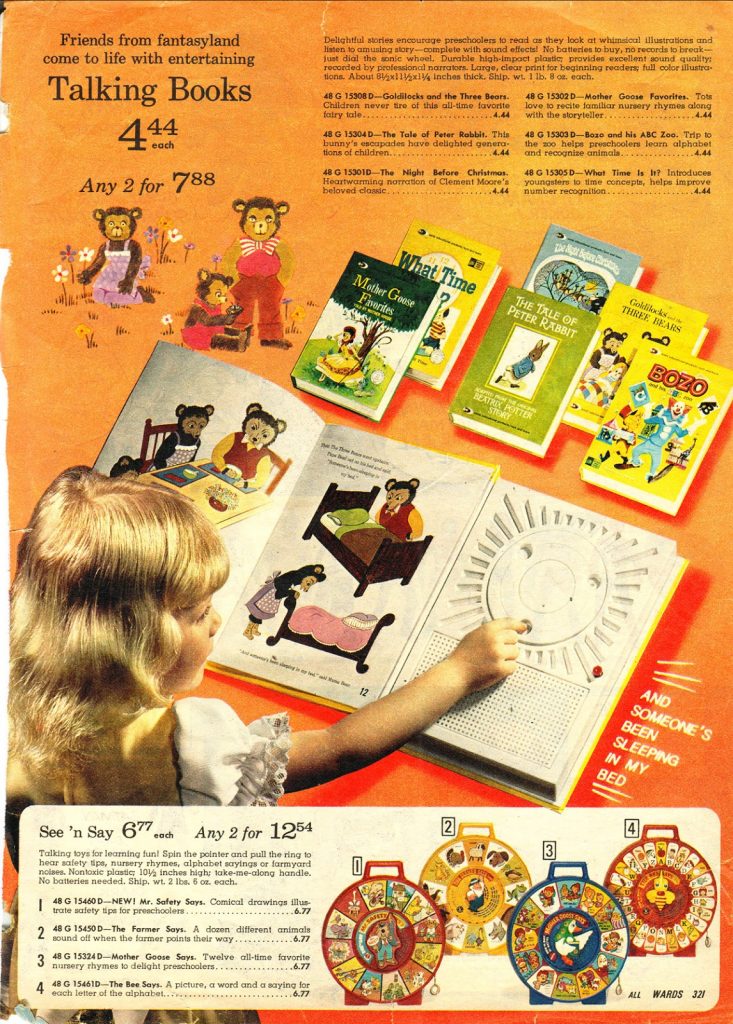 I honestly don’t remember talking books but i love it’s “low tech” concept of it basically being a talking doll in book form. I’d love to play with one now.