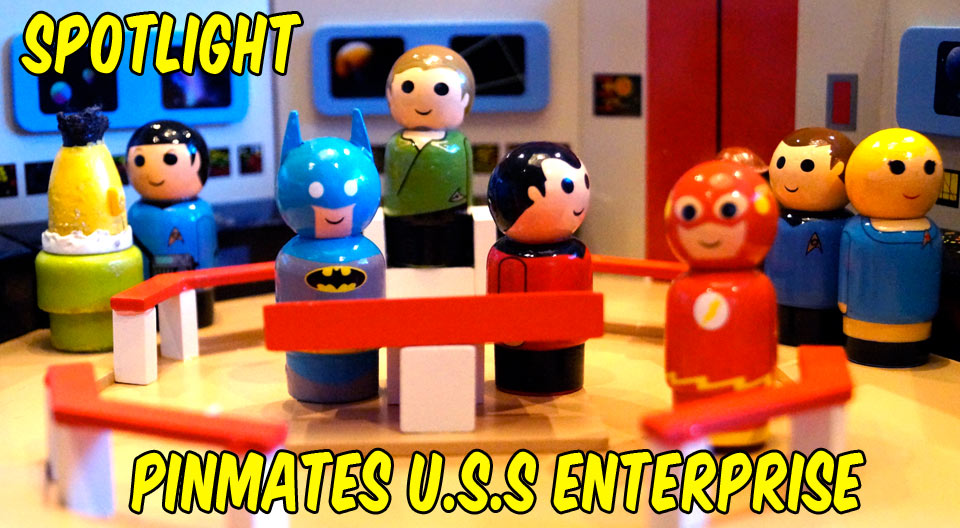 Time for a rare un-boxing and photo review of a modern toy. While I mainly try to avoid modern stuff, some of it embraces my inner child wishlist that it demands to be purchased.

Such is the case with Pin Mates which mix the vintage Fisher Price little people with the hottest licenses today into something that just makes me deliriously happy.

I had a very happy childhood playing with my Sesame Street set and an even happier second one letting my kid’s play with it (I may have gotten heavily involved with that play time as well)
Today, I’ll be looking at the first Pin Mates play set and they’ve started with a bang, the U.S.S Enterprise from classic Star Trek, beam down after the jump!
For full disclosure, my friend and Podcast co-chair Jason Lenzi is one of the principles behind Bif Bang Pow! the company that produced this. So I am a little biased, however I do counter that we’re friends because we both dig stuff like this. Anyway, let the pictures do the talking and not me.
This set is an Entertainment Earth Exclusive and if you buy it through this link, i got a nice kick back, which I use to buy more PinMates. EE is having a “Buy one get the other at 40% off today too) 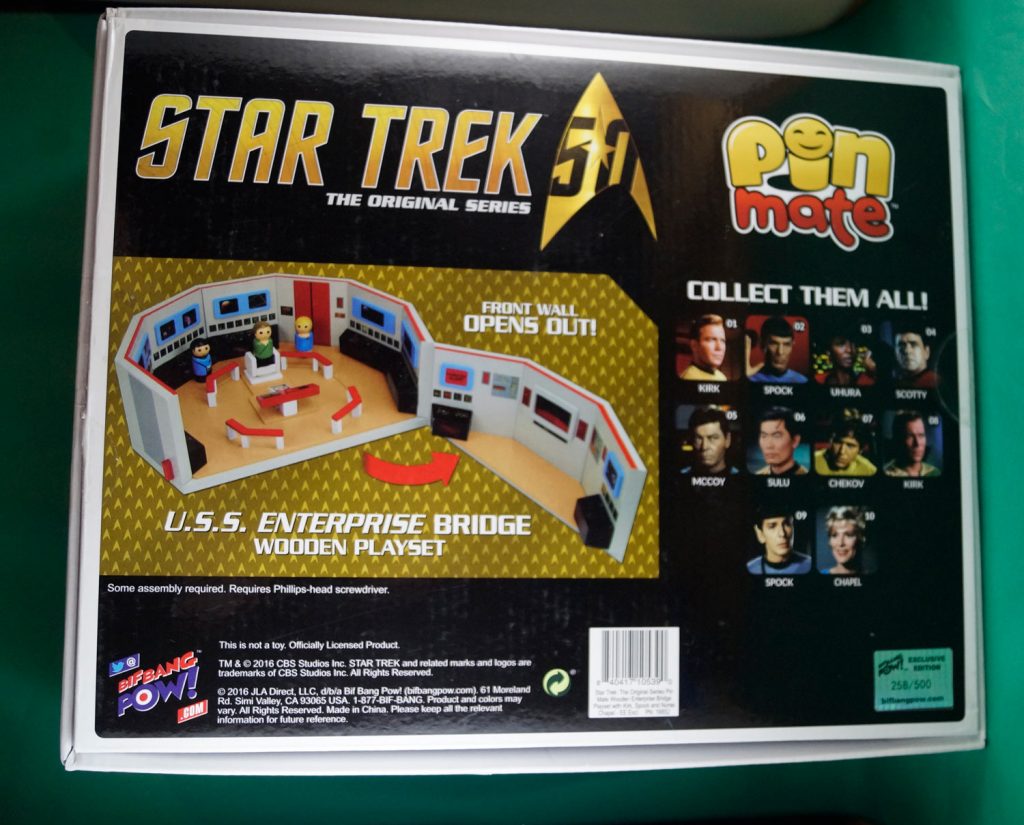 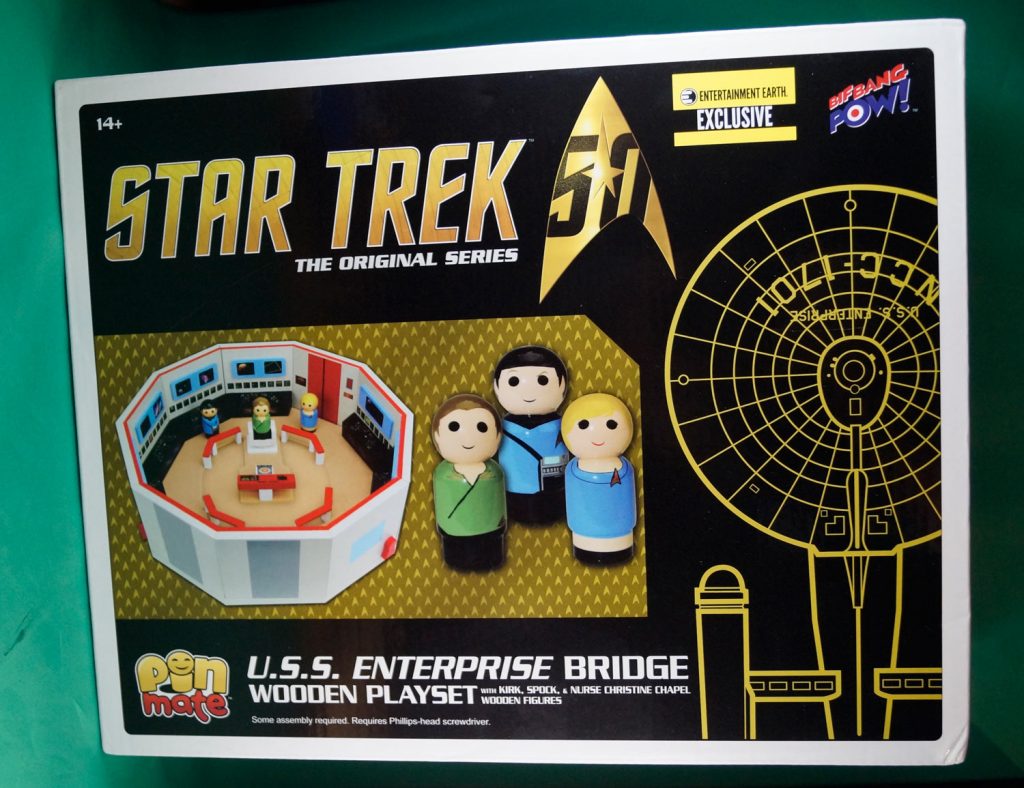 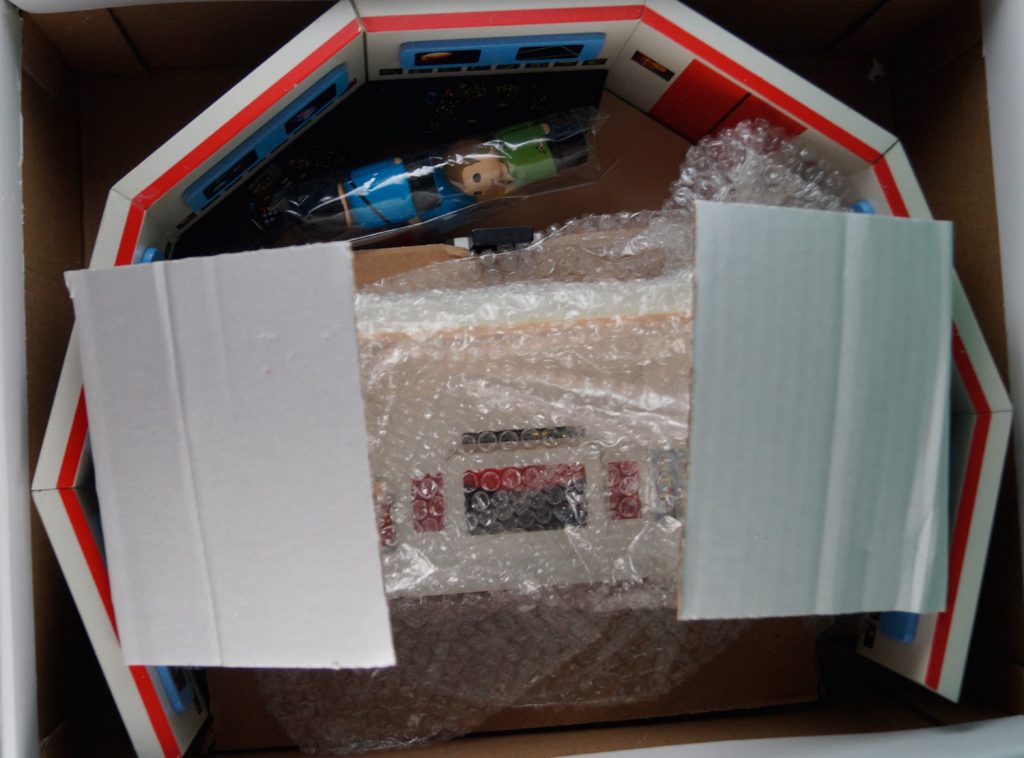 The box said something about light assembly but i didn’t have to do anything. 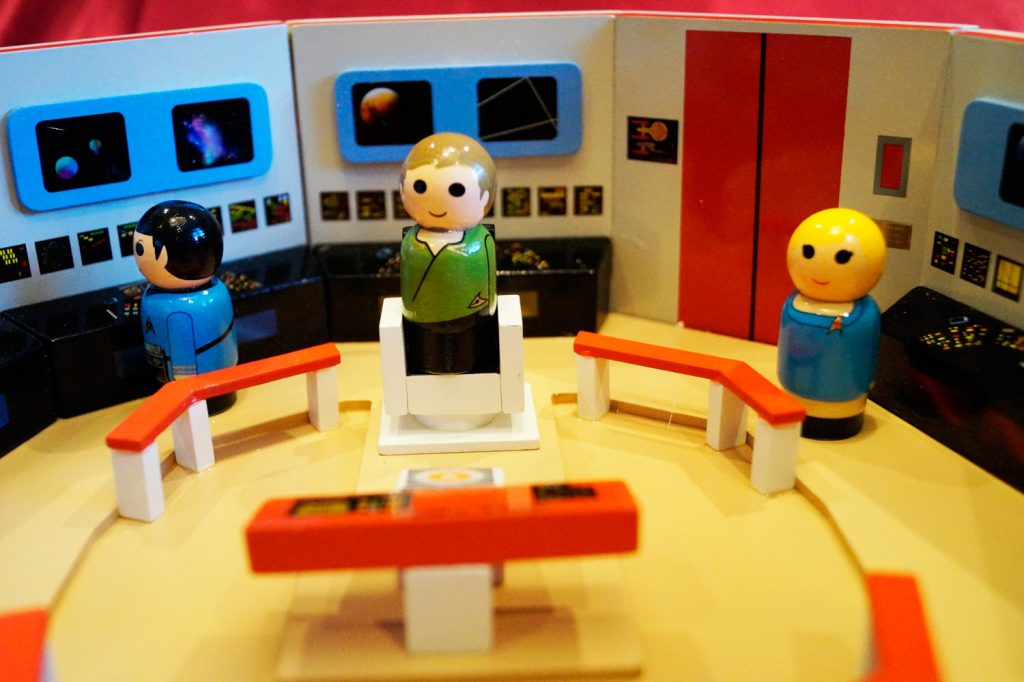 The set contains three exclusive Pin Mates, Spock with Tricorder, Captain Kik with his green tunic and Nurse Chapel. The rest of the crew is already available as well. 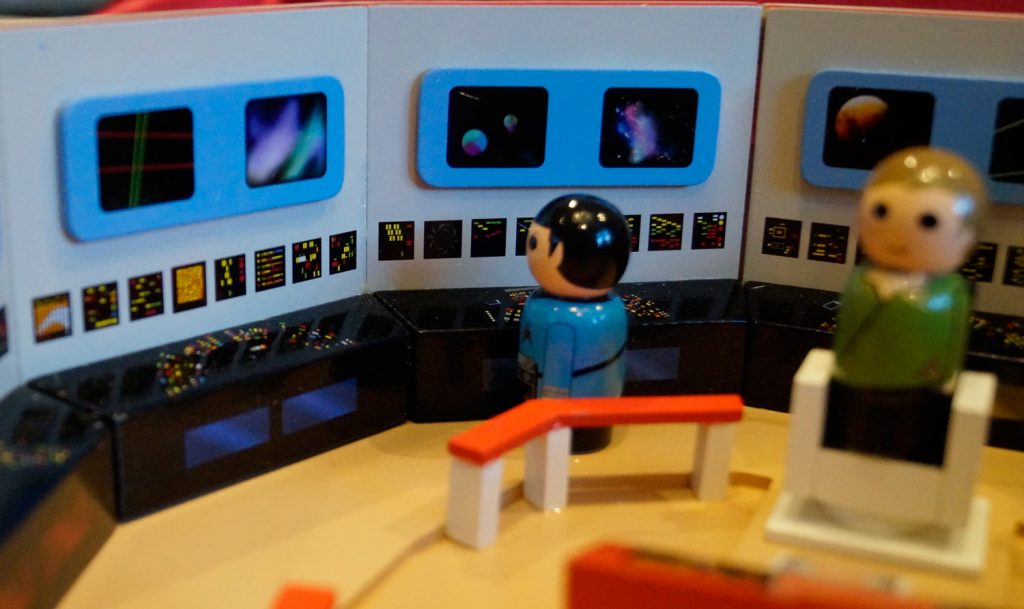 The set itself is wood (just like the real Star Trek Bridge set!) and comes in two pieces, the view screen area is detachable to add play value. 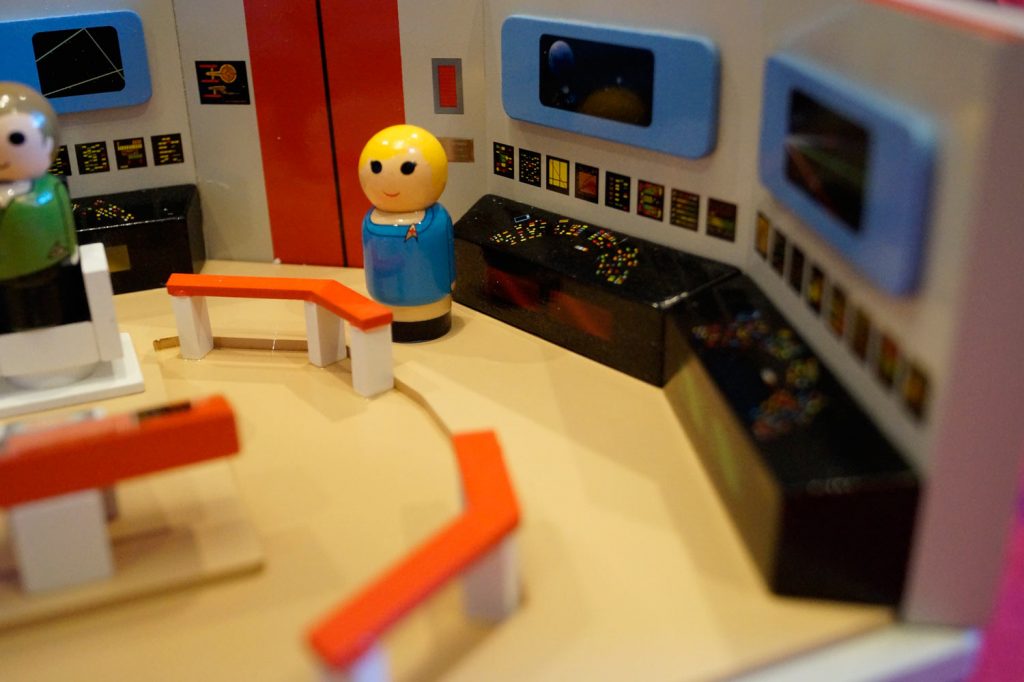 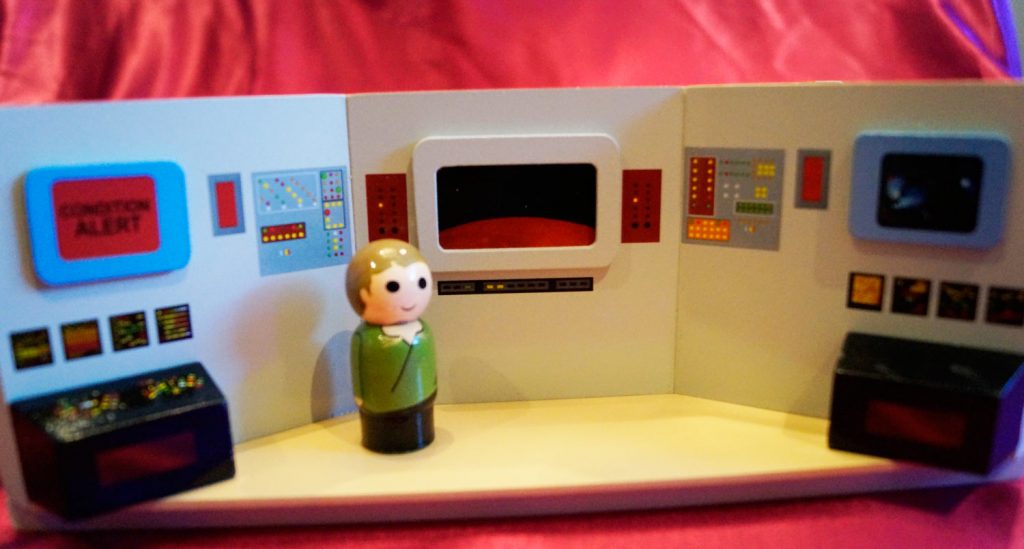 The view screen area can also be used as a play set. 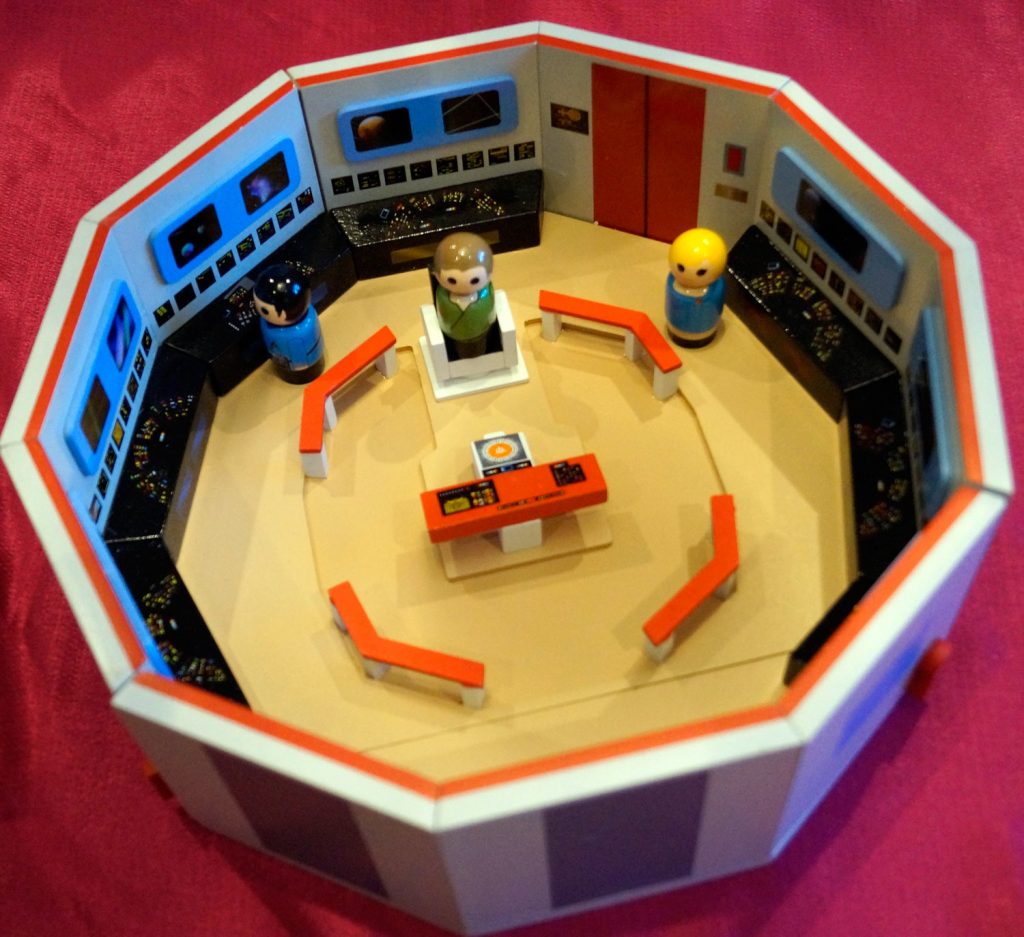 The beauty of this set is just like Mego action figures, you can create this whole universe of characters from Marvel, DC comics, Star Trek, Twilight Zone, 1966 Batman, Dexter and KISS or even better, vintage Fisher Price Little People. I couldn’t find my Oscar the Grouch but Bert and Sherlock Hemlock will have to do.


Everybody is so happy. I just wish my kids were five years younger.