It’s no secret that I love Space:1999 toys although I don’t own many these days. An opportunity came up to own an item I have never even held before, I couldn’t pass it up.


This wonderful diecast Space Eagle was made by Japanese toymaker Popy and as we’ll explore they’ve wonderfully left some cultural fingerprints.

First off, this is an awesome package. No pictures of the cast, not even an official logo, just the goods! 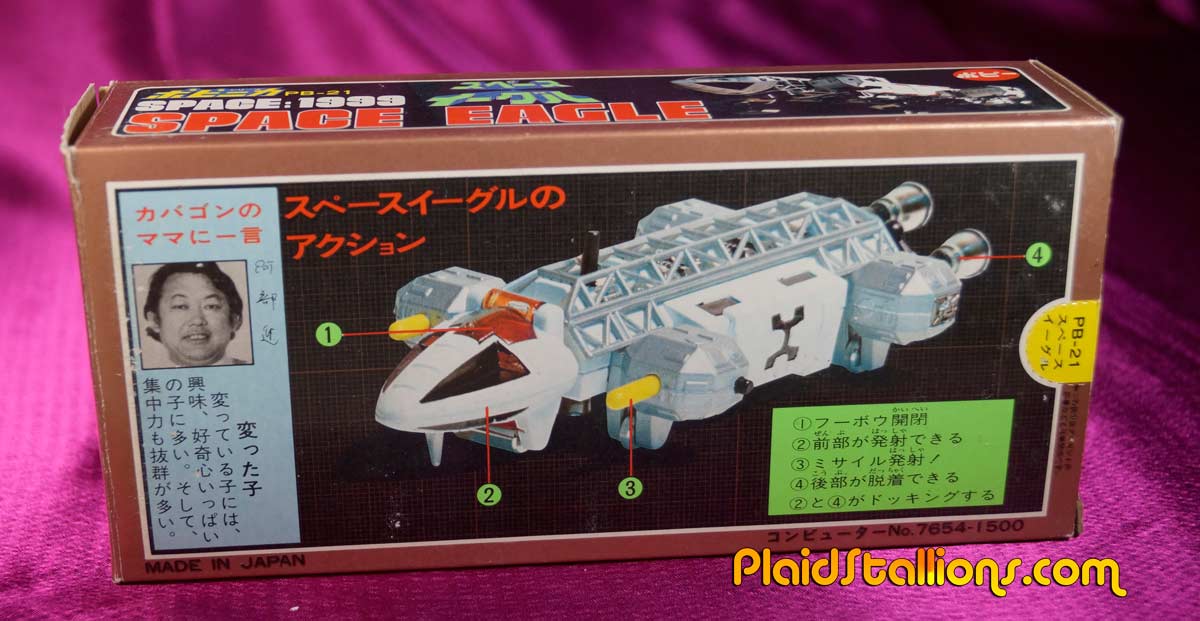 I don’t know who the gentleman pictured on the box is but I assume he designed the toy because he doesn’t look like Martin Landau.

The toy itself takes liberties with the design, such things are done to inject fun and one of the reasons I love toys. 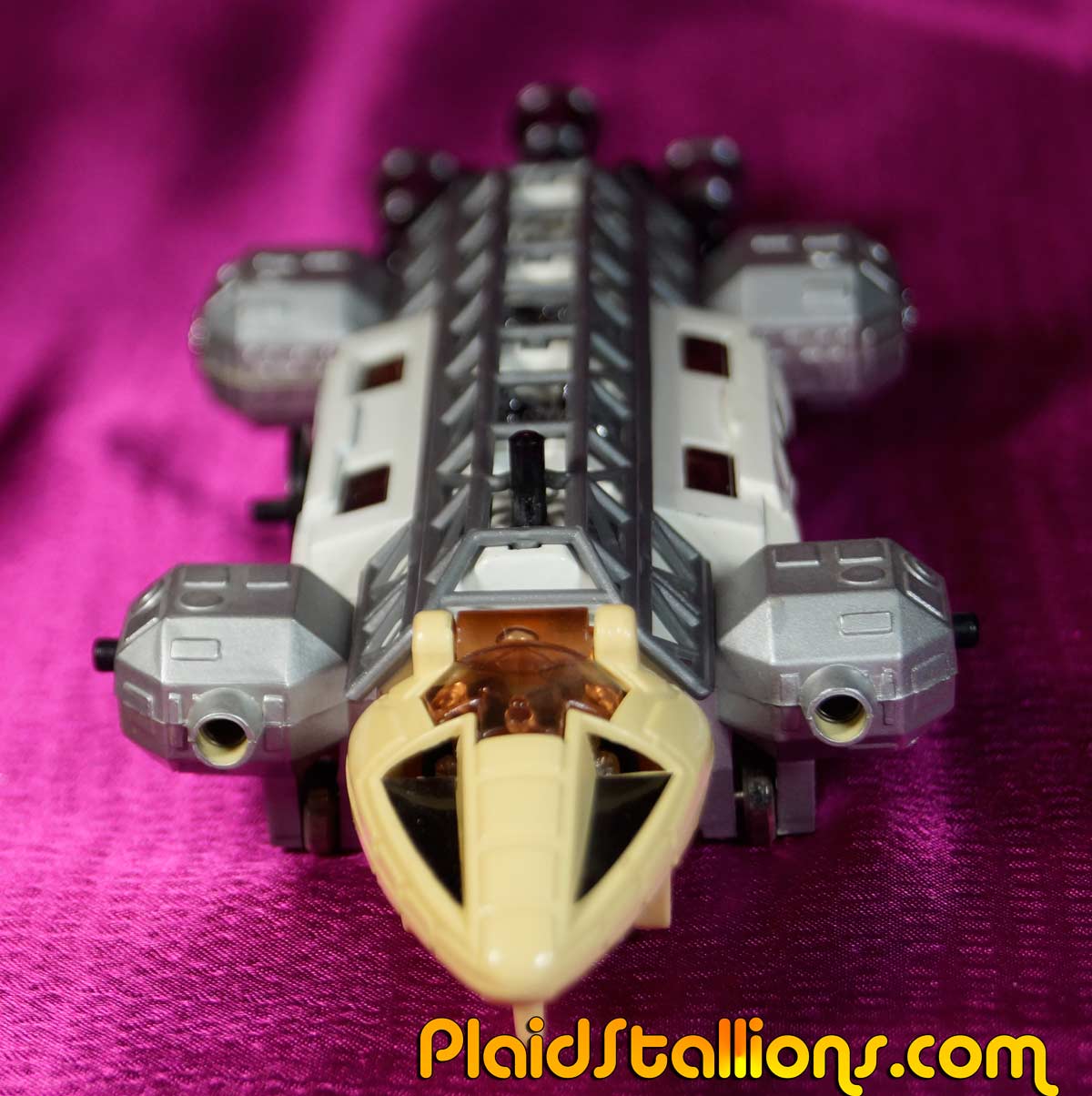 The Canopy on the eagle lifts up just like one of my favourite Eagle toys, the Mattel giant Eagle.

Yes, it has a working winch to pick up a piece that is included, more on that below. 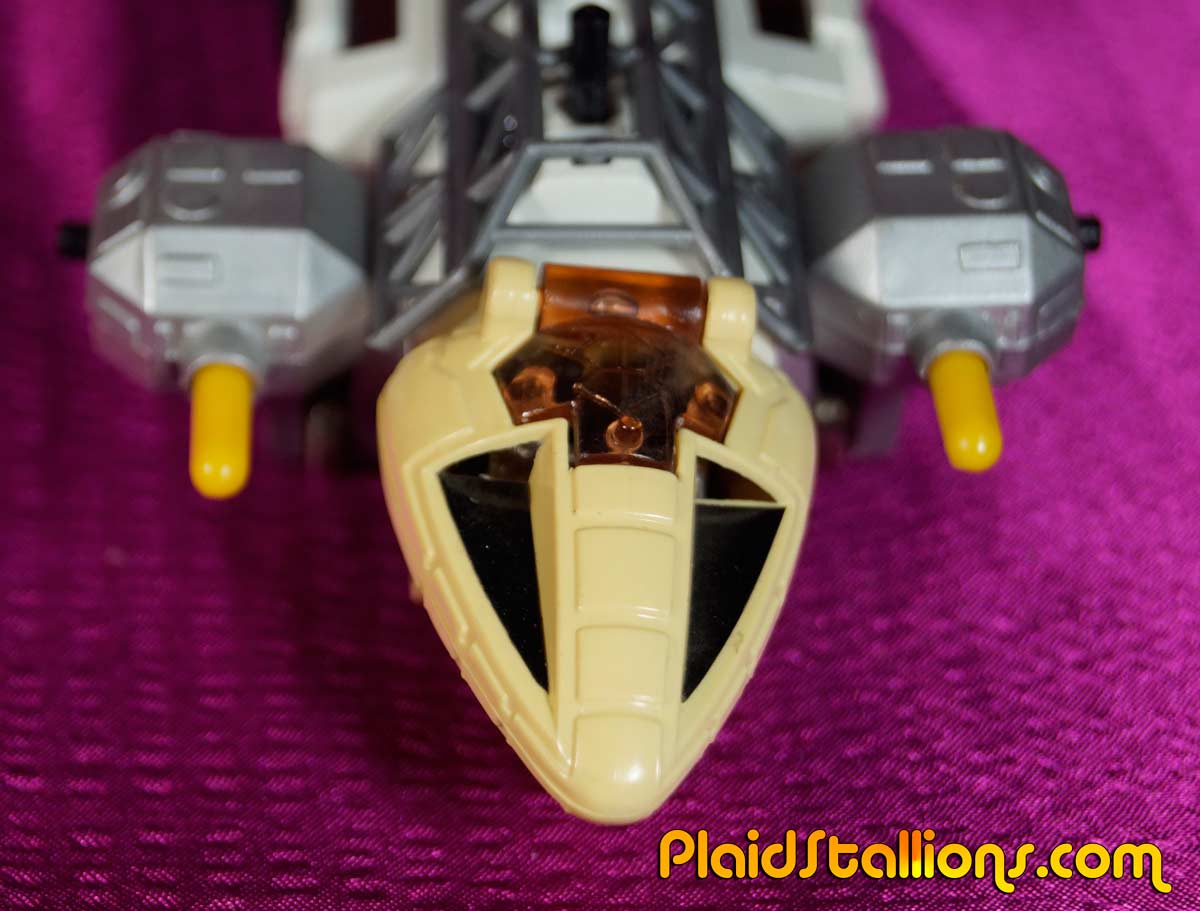 And this being Japan, the Eagle fires missiles. There is no way we’d have gotten these tiny missiles in North America, they are killer. 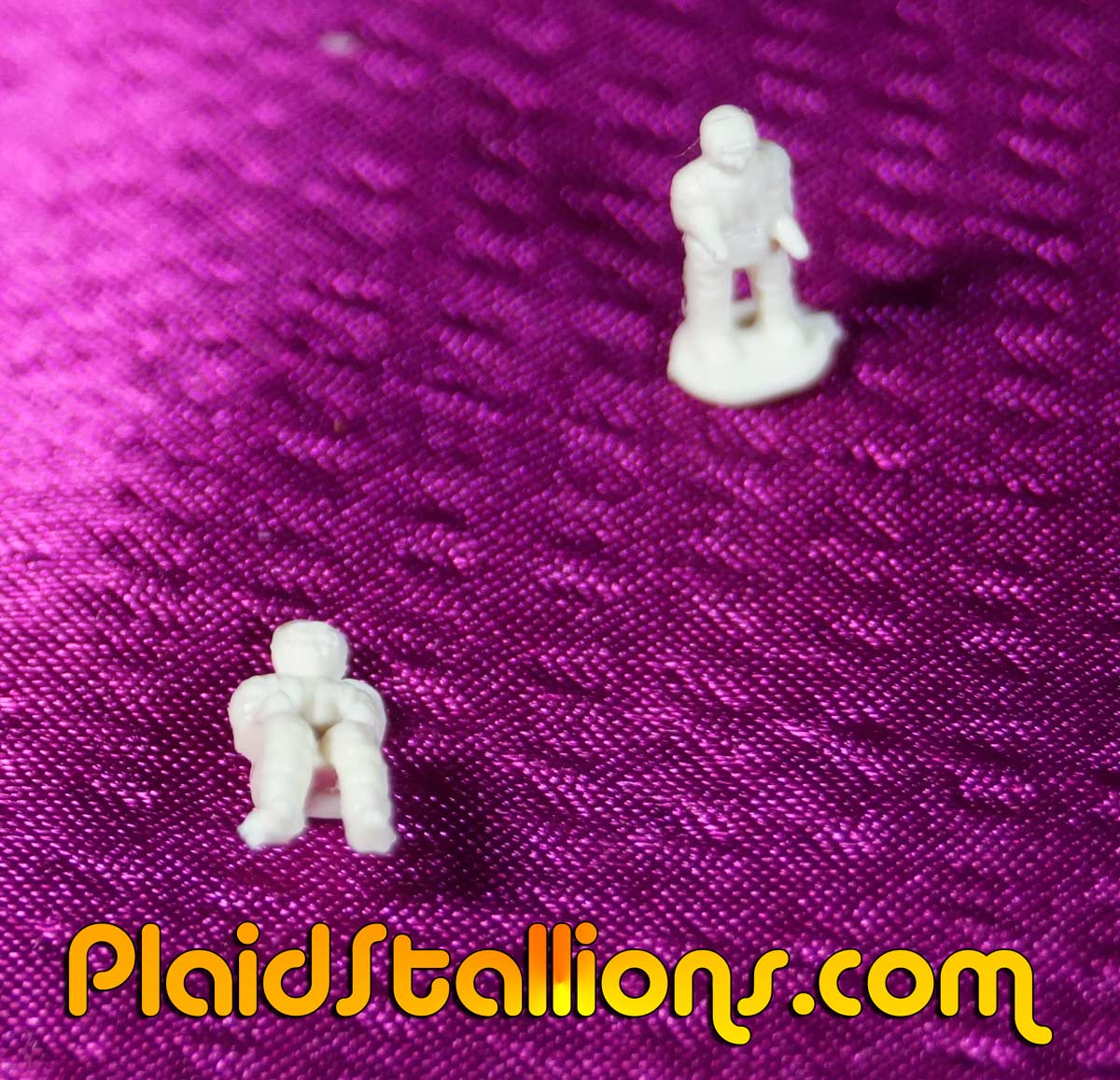 It also comes with these teensy astronauts. I don’t know how children, in the age of shag carpeting, wouldn’t have lost these in six seconds. I’m in my mid forties and I almost lost them taking these photos! 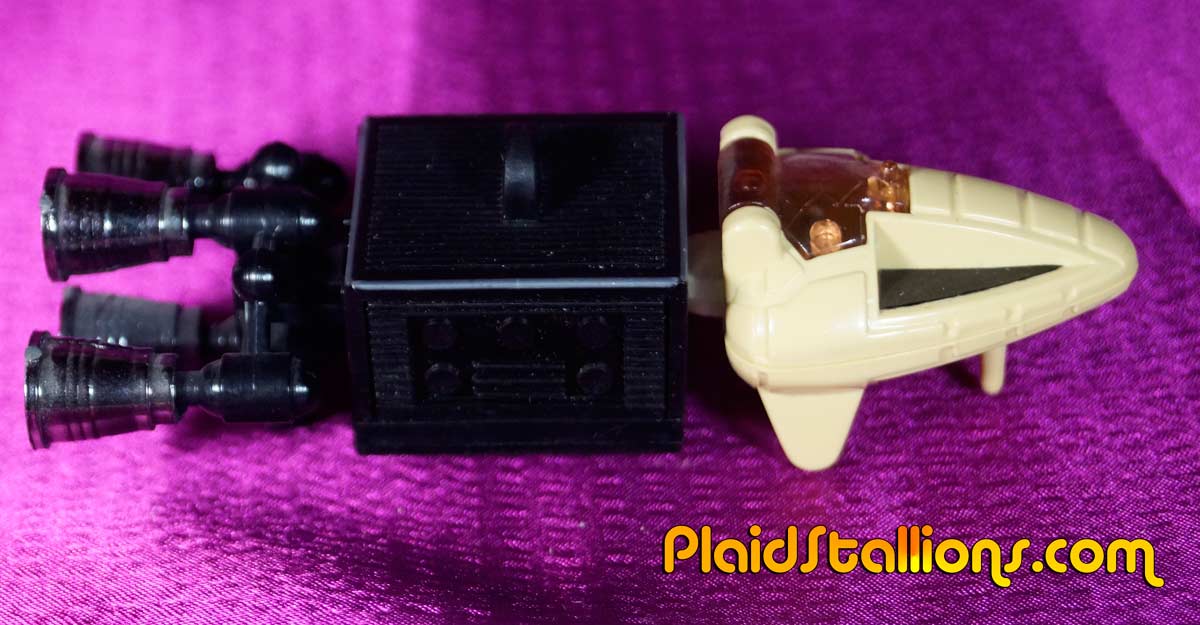 The fun doesn’t end there, the Eagle comes with this piece that you can either pick up with the winch or use to form a new kind of ship. 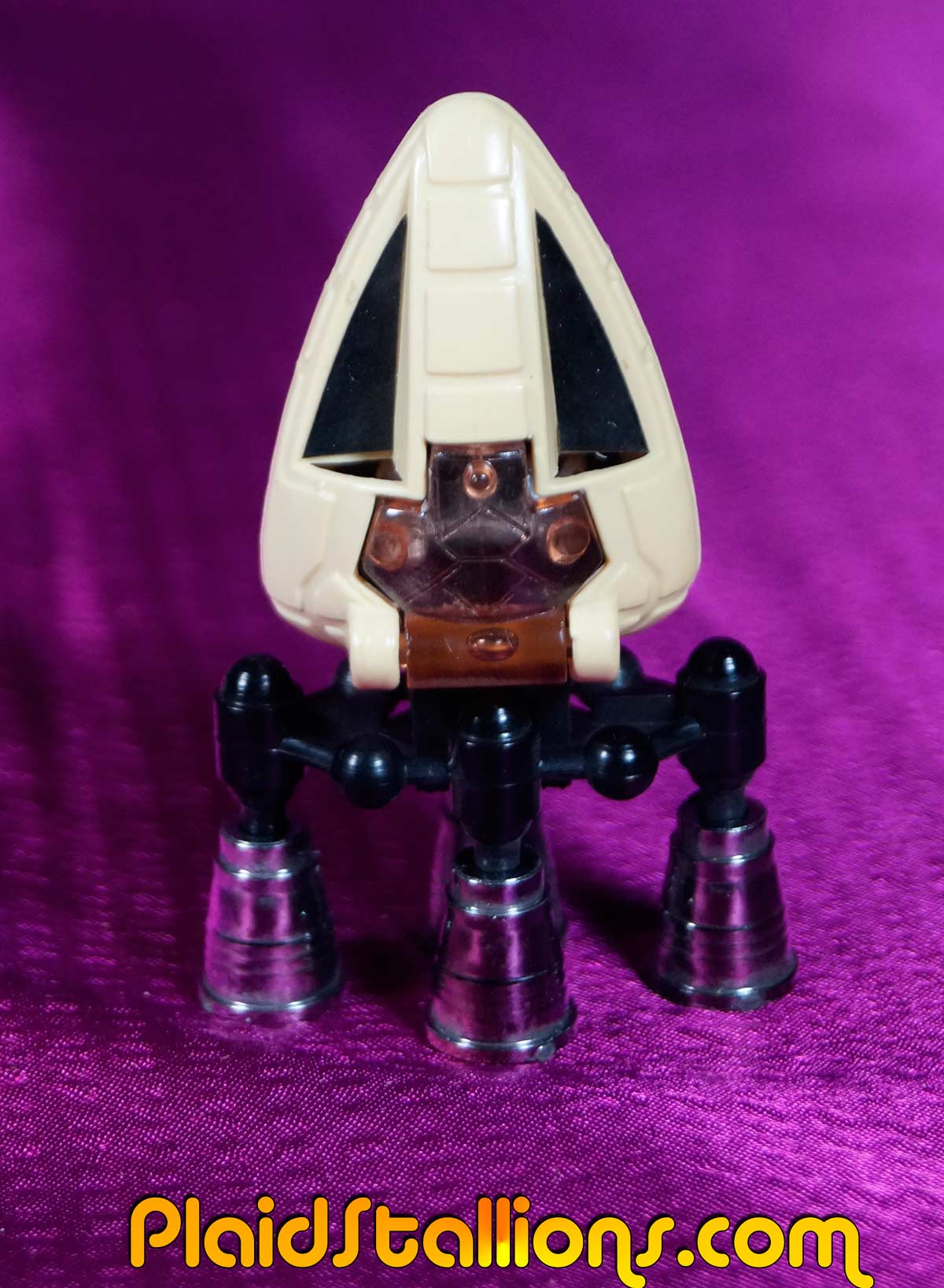 And just like the Mattel Eagle, you can put the pod and the rockets together, just like they should have done at least once on the series…..

The bay opens and you can stash the impossibly small Alphans inside. 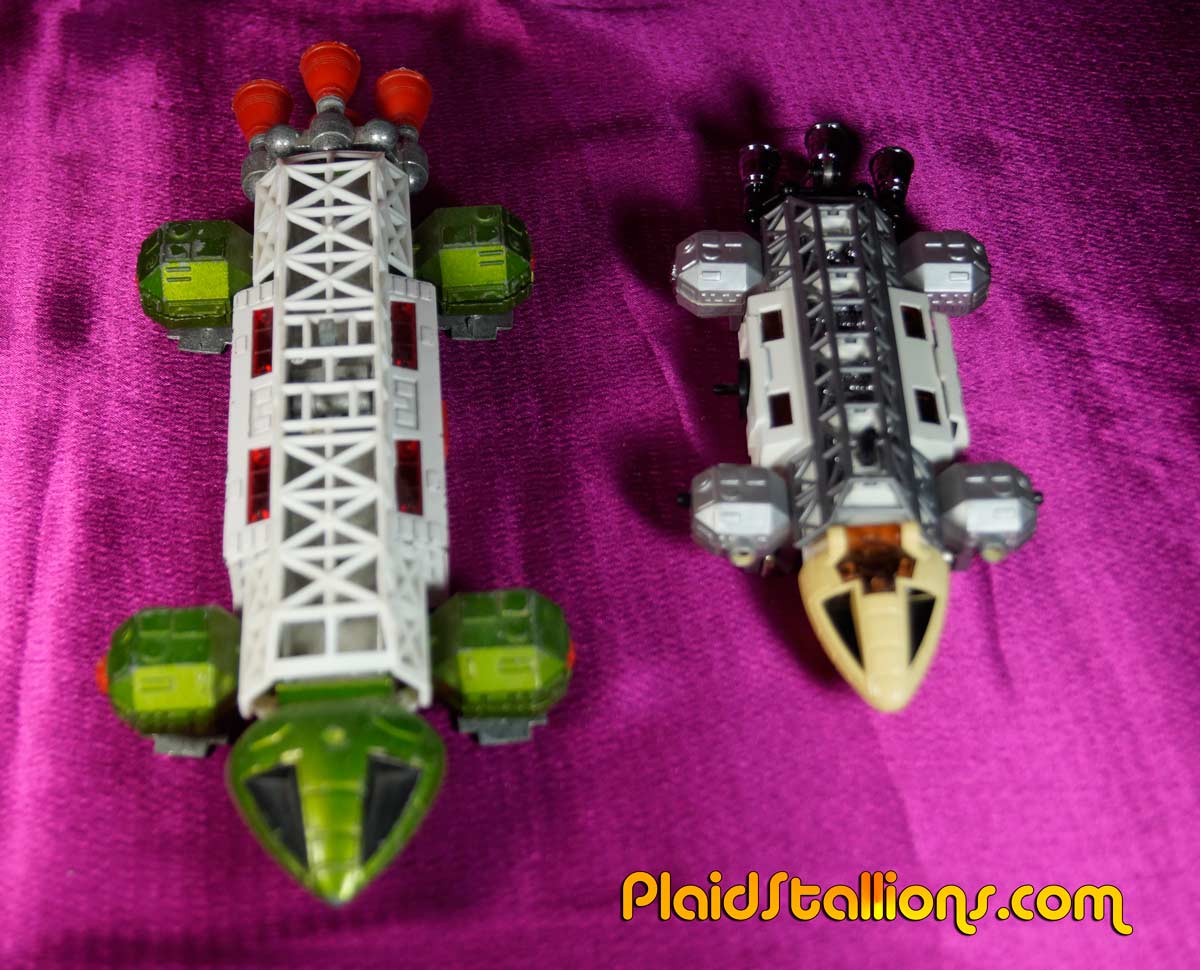 Just for size comparison, here it is alongside the Dinky Space:1999 Eagle. 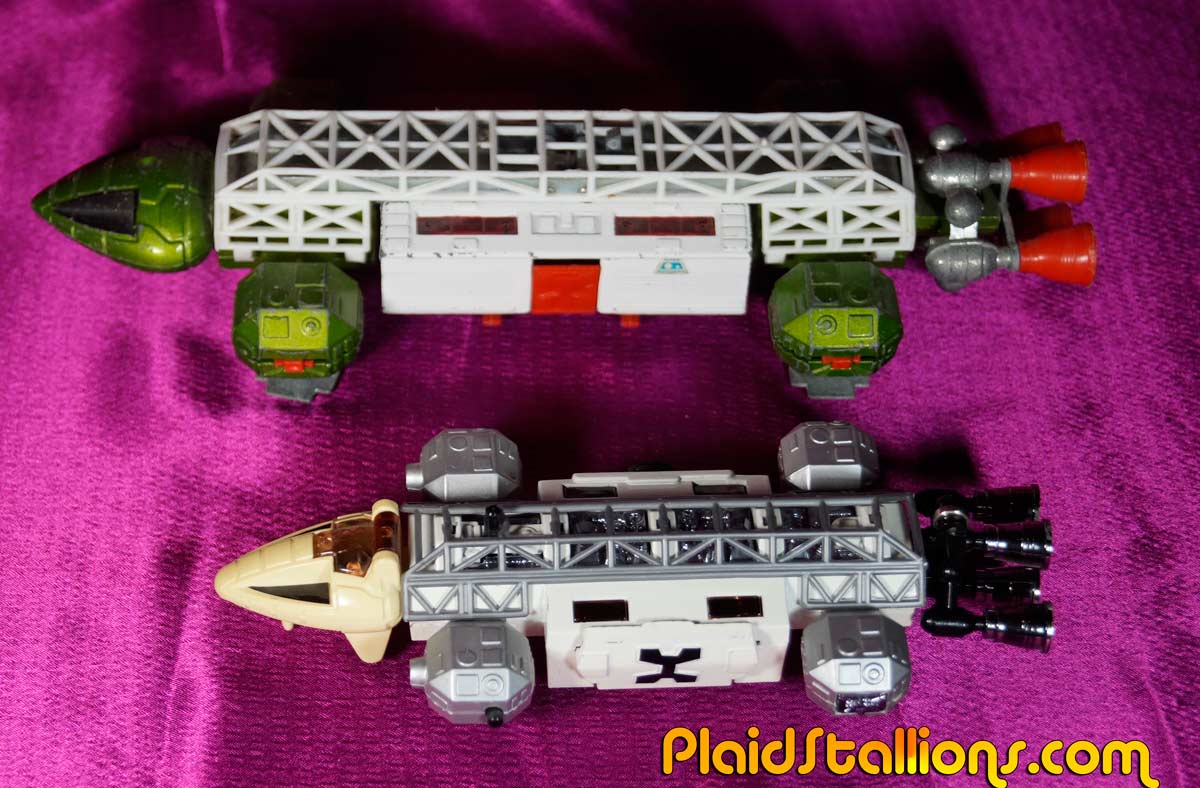 I love this toy.