This is a piece I wanted to add to Rack Toys but it got a little wordy and too insider, so I saved it for here. Most Space:1999 fans are at least slightly aware of the fundimensions “The Alien” model kit, which  has no connection to the show. It is in fact, a revamped Goerge Barris concept car (more on it here). Fundimensions was good for that sort of recycling, that same year they re-released the Monkee’s car as “Fonzie’s Hot Rod” but what is cool, is the story doesn’t end with that.

You see, the above black and white image comes from the AHI archives and it shows that the company handling the licensing of “Space:1999” shared information among their licensees and well, this happened: 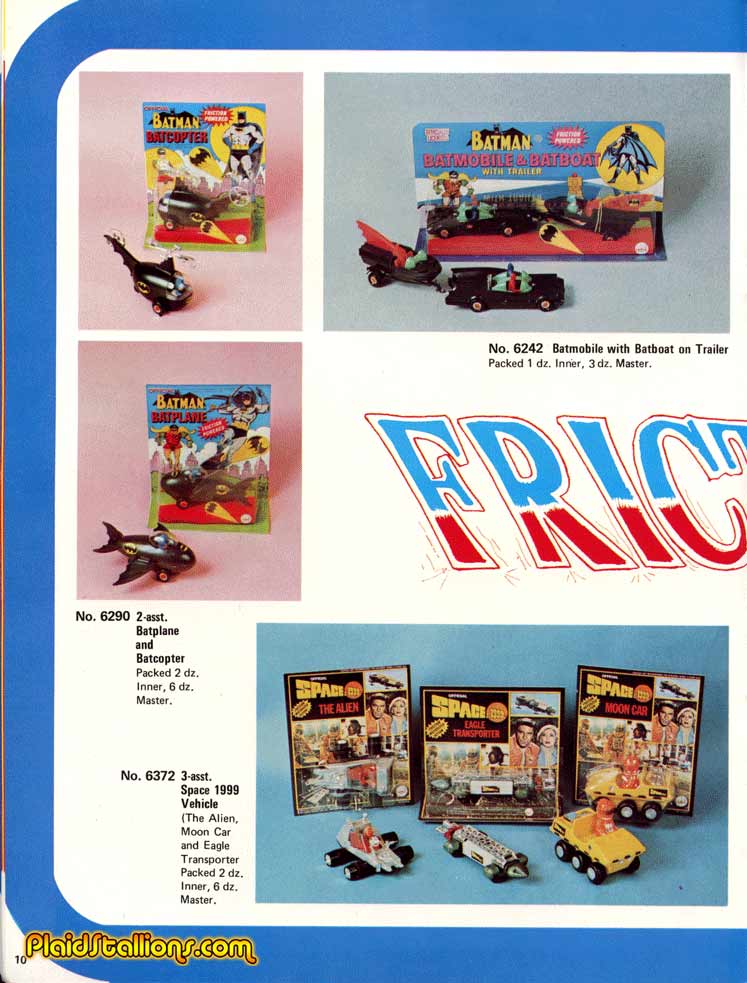 AHI copied the kit, right down to it’s weird 2001 inspired pilot and made it a rack toy a year later. It didn’t matter that it had no relation to the series , let’s get it on some slat wall people! Here is an Italian carded version of said Alien, I like that the imagery is a mix of season one and two. Toys like this exemplify why I love Rack Toys, there is no attention to detail or research done, it’s done purely on the level of “will a child like this?” and nothing more.

We’re in an era where there are literally hundreds of places that a new toy gets scrutinized and reviewed (sometimes joylessly), no doubt this piece would be lambasted were it new today. For me, it represents a simple joy and how I prefer to look at the hobby in general…