Shindana (a Swahili word roughly meaning “to compete”) toys was formed in 1968 after “Operation Bootstrap” was created. Their goal was to improve black self image by producing ethnically correct toys. According to their literature, they did this to promote understanding and love.

I’ve always wanted to do a feature about Shindana on Plaidstallions as their actions truly changed the face of toys. Before Shindana children of color often had to make due with crudely repainted toys if they could find any at all. Any look at a toy catalog in the early 1970s will see the dramatic impact Shindana had on the marketplace.

1976 was a hot year for the company, they were running with their successful baby dolls, had hot celebrities in the form of Jimmy Walker and OJ Simpson and they created IMO one of the most awesome action dolls ever, SLADE! 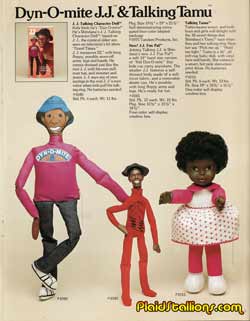 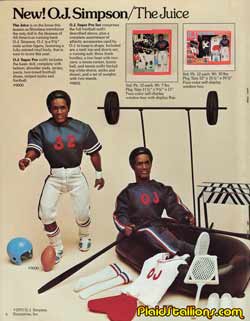 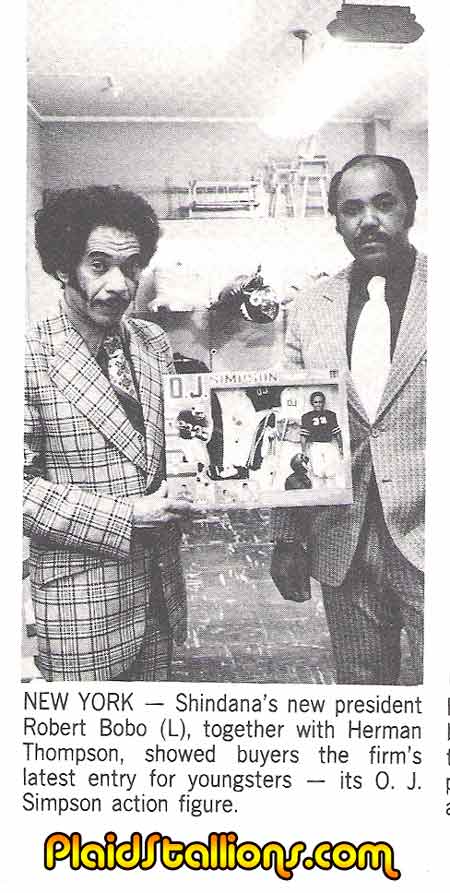 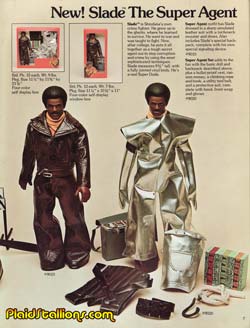 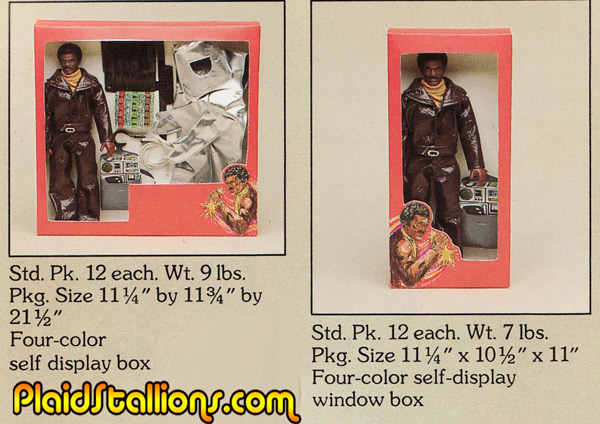