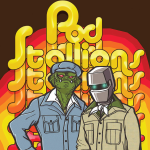 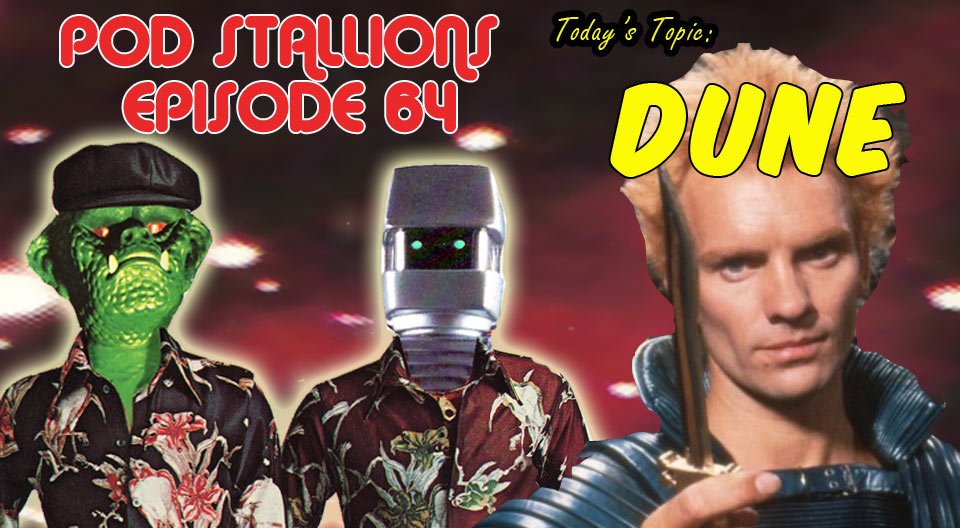 Long joked about as a “never gonna happen”, the Dune show became our #1 listener requested episode and well, give the folks some spice!
We’ve brought in our pal and uber fan David Weiner of the awesome It came from Blog to join us and discuss not only the film but the book series.

David and Jason carefully explain why they love the film to Brian, who isn’t quite taking the spice if you know what i mean.
Along the way we talk about the director, the cast, the upcoming remake, the TV mini-series, Saturn 3, the horribly misguided attempt to sell Dune products to children and Yor the Hunter from the Future frisbees (seriously).

It’s actually one of our best shows ever, who’da thunk it?
Please join us on the Pod Stallions Facebook page and let us know what you think!