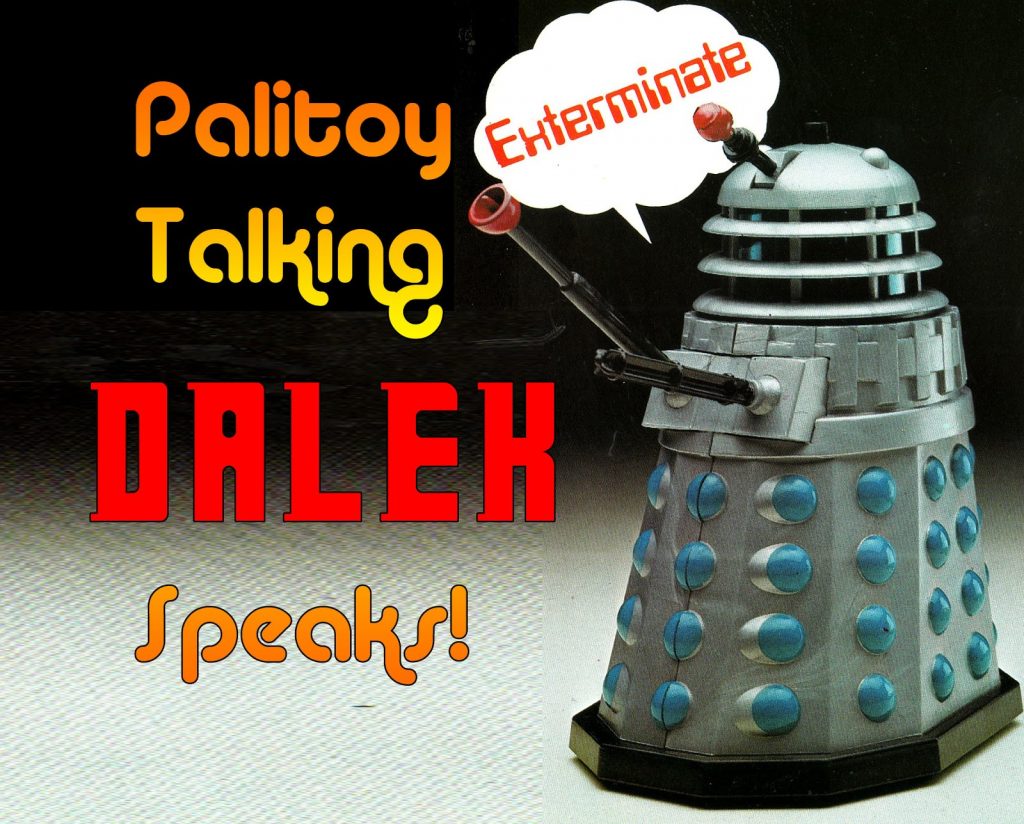 I was rather excited to reunite with a working Palitoy talking Dalek this past month.

This toy was my first “Big boy collector mail order purchase” at the yonge age of 13, I innocently sent $25 (US!) to a classifed ad in the back of Starlog. 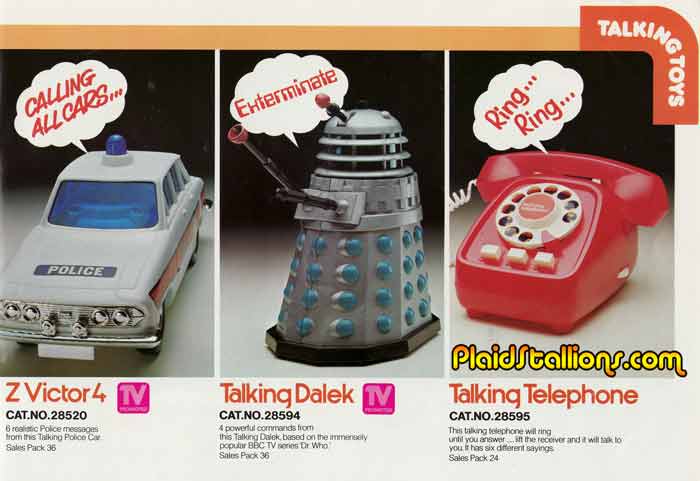 The next three months of waiting were nerve wracking as I largely assumed it would never come but three months later, it did arrive and was glorious.
While I did sell that one for food money in college, it sparked a life long love of collecting and getting packages.
Below is a video I’ve thrown together to hear him speak and as a bonus, I threw in the original commercial.
Welcome home old friend.
Tags: 1977, Doctor Who, palitoy, talking dalek, Toy Love