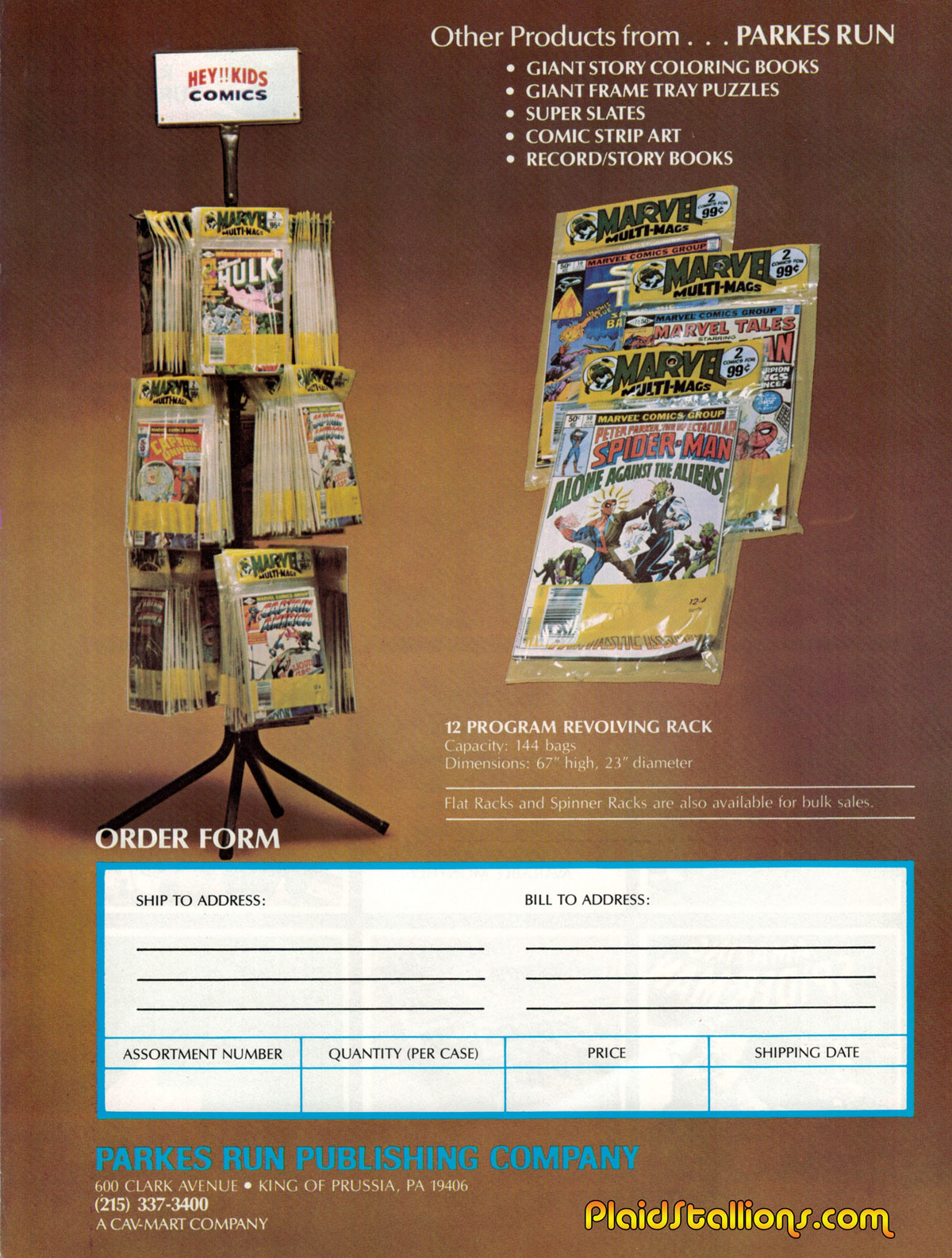 As readers of this blog know, I have a fondness for comic multi packs especially the Whitman ones for things like Micronauts or the Shogun Warriors.


That’s why this 1981 ad from coluring book publisher Parkes Run (more on them later this week) intrigues me. 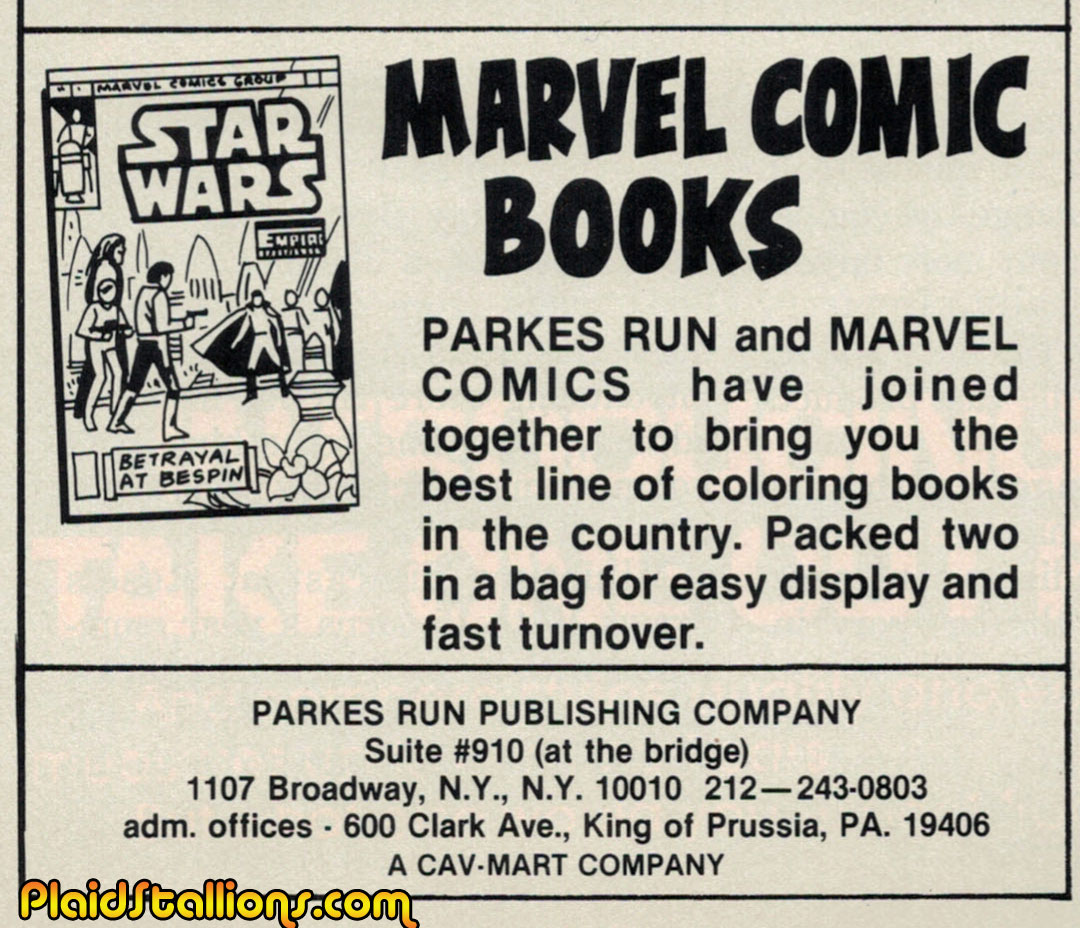 It seems that 1981, Marvel dumped Whitman in favour of Parkes Run and the format changed from 3 comics to 2, thanks inflation! 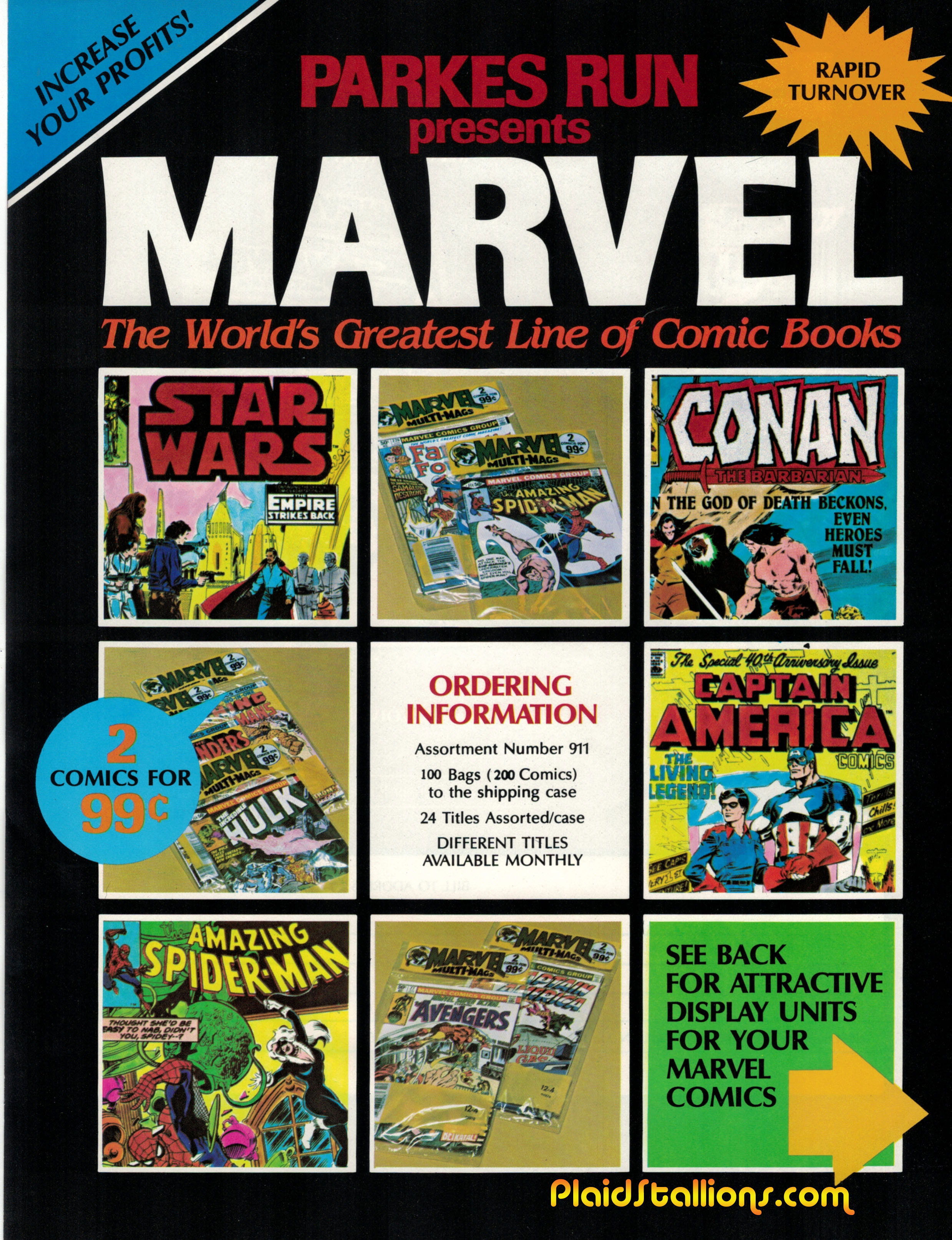 As a side note, my dad knew a distributor of these back in the early 1980s. I remember seeing a whole skid of these two packs in his warehouse. The man said to me “take as many comics as you want!” but my dad’s face suggested that I should probably be happy with one…..