Ideal’s JJ Armes has to be one of the more interesting licensed action figures of the 1970s, mainly because it’s not based on a TV or comic series but on a real person.

Armes is a Texas area private investigator with a single acting credit (a Hawaii Five-O episode) but his autobiography and subsequent talk show appearances made him a national celebrity.

I vividly remember seeing the commercial for this line and WANTING this van for a Saturday, it was quickly forgotten and I don’t think I ever saw JJ or his killer vehicle in a store.

Ideal had planned a playset that was never released, see below: 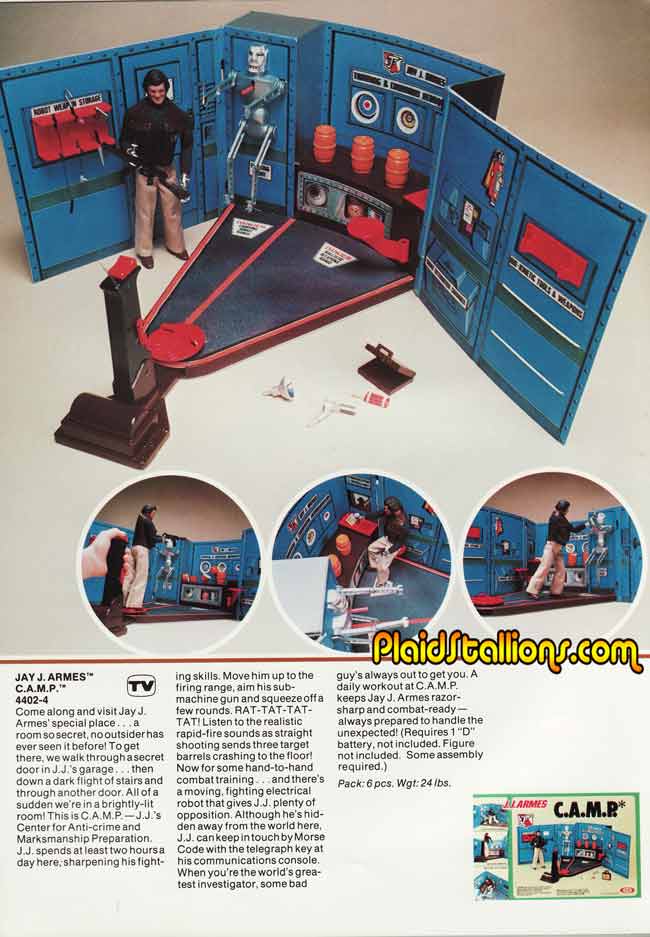