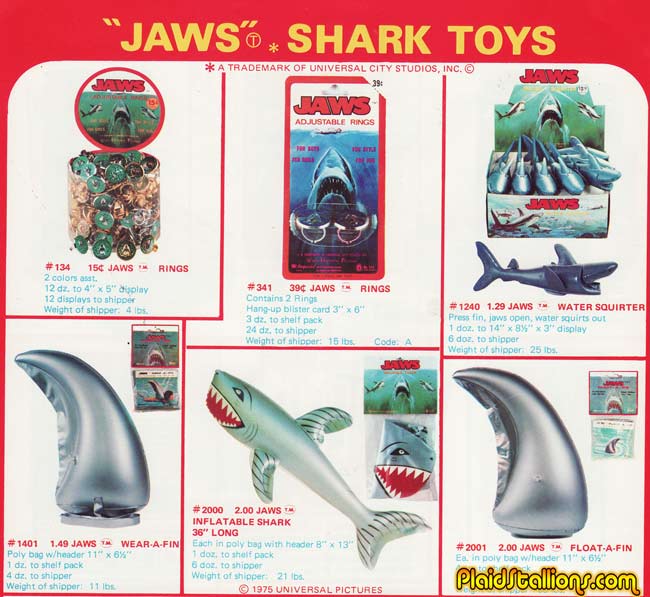 I think one of the scariest things in the 1970s had to be the notion of a giant shark eating you. I’m slightly ashamed to admit this kept me out of lakes and occasionally pools as a pup. It’s kind of hard to merchandise a shark seeing as he doesn’t have any cool accessories or a vehicle of any sort but Imperial toys came up with a pretty neat selection for 1976.

Of course, even Imperial could resist the odd generic rubber animal and why not? To a kid, all sharks were Jaws! 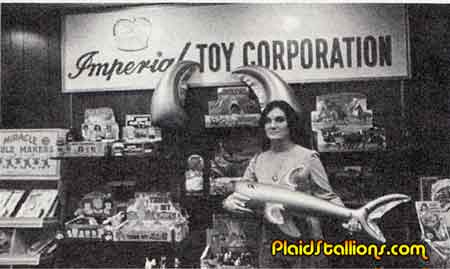 Here is the Imperial Toys booth at th 1975 Toyfair, as you can see Jaws was a pretty big deal.
Tags: Imperial, jaws, Rack Toys