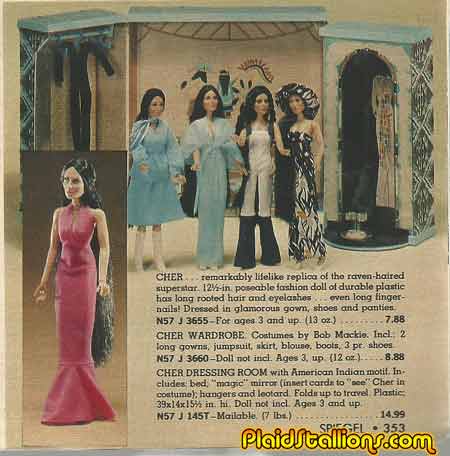 You know here and in my other life at the MegoMuseum, I’ve often ignored the Cher toy line which is odd because a) She was huge in the 1970s and b)Cher was a huge freaking deal for Mego. It’s a glaring oversight seeing as I’ve never known a world without Cher and I promise to give her (and girl’s toys in general) a little more exposure in the future.
Tags: Cher, mego, Toy Love