Colouring Book Theatre: The Sword and the Sorcerer 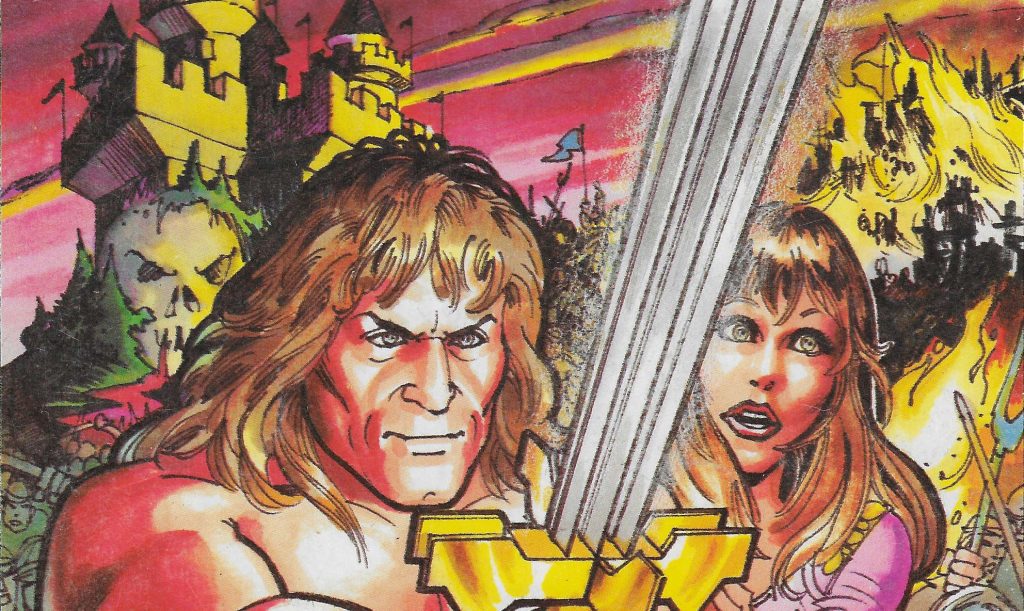 The Sword and the Sorcerer Coloring and activity book (1982) by Modern Promotions is one of the more curious colouring books I’ve reviewed on here mainly because I think it’s the first one I’ve encountered based on an R rated movie.

This movie got a series of Rack Toys as well,  Albert Pyun movies usually don’t get a lot of merchandise especially ones with gore and nudity in them.

The cover is by an artist named James Sherman and it’s quite nice,  the pages are credited to four different people and let me tell you one of those people really had no future in illustration. The book skips the movie’s intro of resurrecting a demon, so there is no horrific wall of faces to colour in. It starts with Talon’s family being murdered by Cromwell, his father is the only victim shown, the rest are just mentioned in passing. Stuff like this amuses the living heck out of me. This may be your one chance in life to colour character actor Richard Lynch, SEIZE THE DAY PEOPLE! Even though I’ve seen this movie a half dozen times I can barely remember the plot, I get the plots of this, “Hawk the Slayer” and “Beastmaster” all mixed up.  This is not a problem i plan to resolve. That is not how the movie ends, all in all, this was a pretty fun one and I’m glad I picked it up although I was hoping for some complete lack of good judgment like the series of “Dune” colouring books this team wisely shied away from controversy other than making something for kids based on a movie they couldn’t see (until it came on cable).

Limited Edition Gift Sets Available Now!
Rather than crowdfund the next issue of the magazine, I thought I’d whip up these gift sets full of merch we’ve created in the past. Just that thing for the retro fan in your life. Thanks for indulging me, more content soon!
OUR STORE: http://www.megomuseum.com/odeon/store/products/