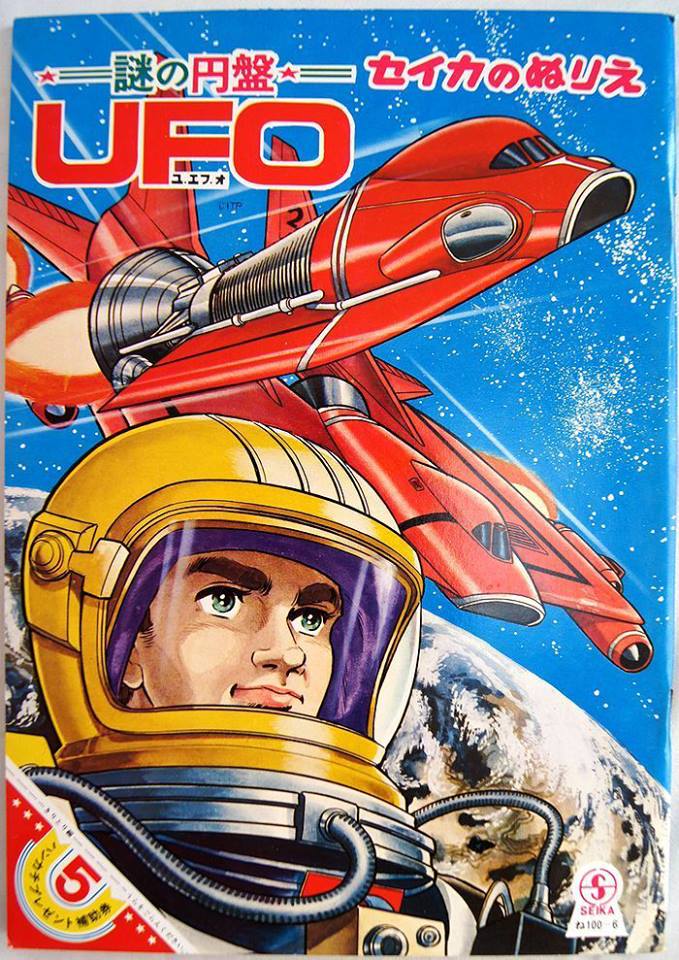 
Anyone who has read this blog might know that I am more than a little obsessed with this short lived SF series from the UK.


While this Gerry Anderson show enjoyed popularity world wide, it seemed to really catch on in Japan where its vehicles and colourful cast still enjoy merchandise.


Merchandise that I must buy.

I am not fortunate enough to own one of these cool Japanese colouring books (I would like to!) but fortunately for me Jim of the S.H.A.D.O U.S.E.C.C facebook group shares with us a look between the covers.

Whats inside is a wonderful mash up of UK design and Japanese style, I love it! Unlike a lot of colouring books we look at, this one was made with care.

Red alert after the jump… 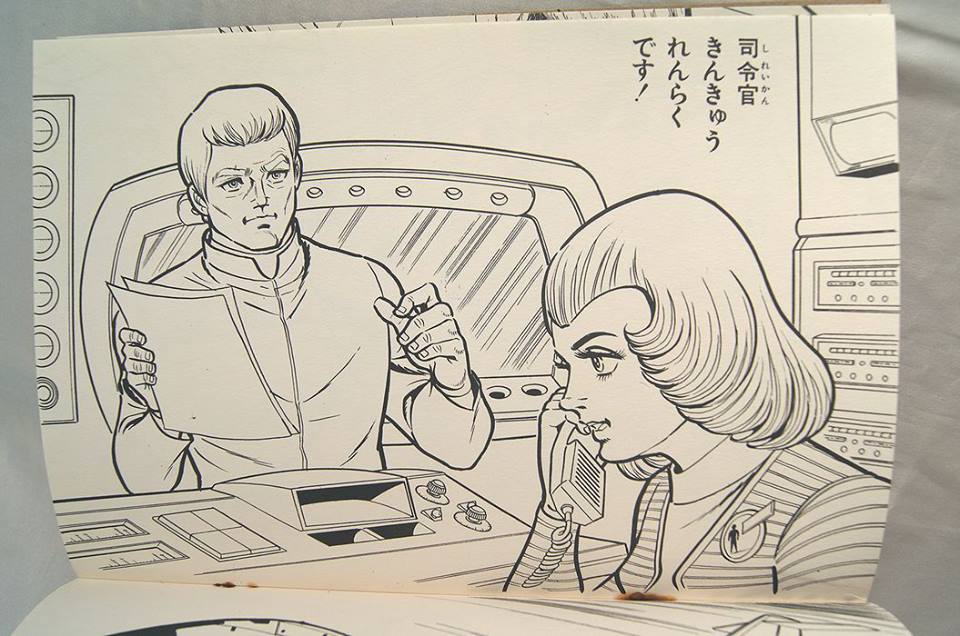 Commander Straker and Lt Gay Ellis on the moon. I love the strong anime look to the characters, it looks like some forgotten cartoon version I wish was real. As a side note, this is the only image of Straker smiling I have on record. 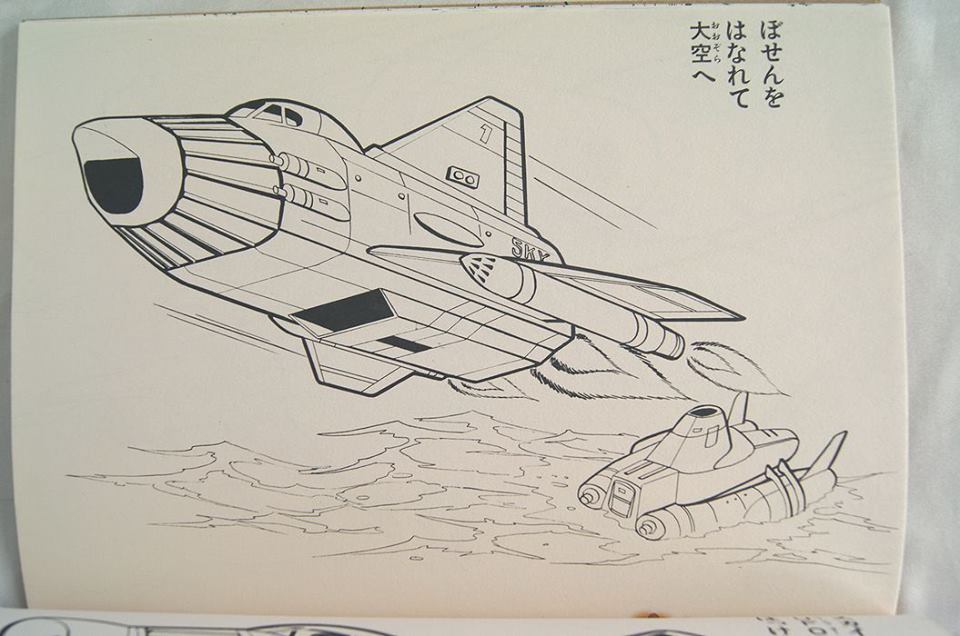 An awesome drawing of the Sky Diver vehicle, its a sub and a jet! One of the reasons I think the series is so popular in Japan is the cadre of cool vehicles, SHADO really does use all the toys in the back yard. 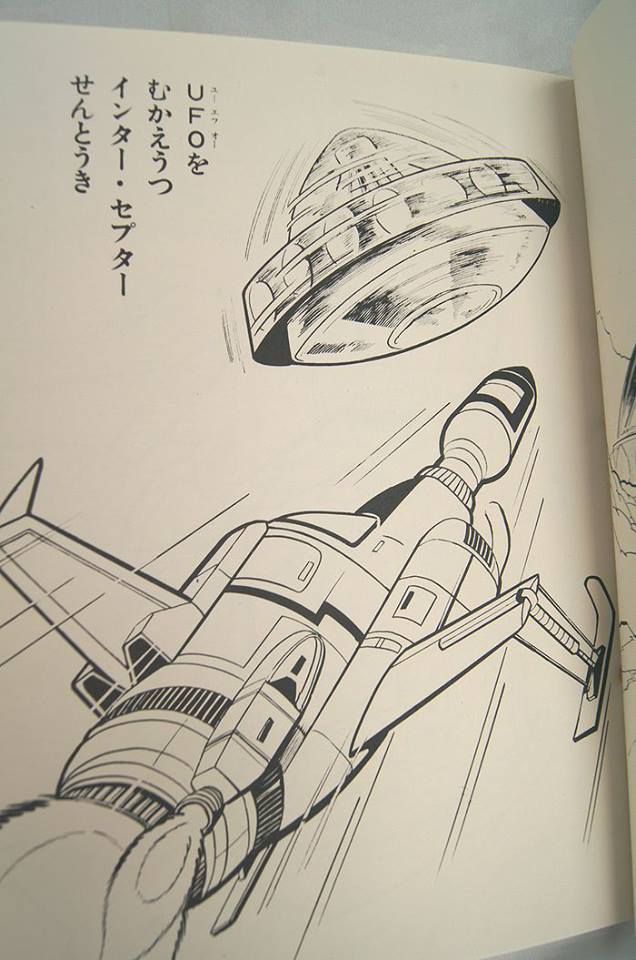 An interceptor takes on the titular invading ships. 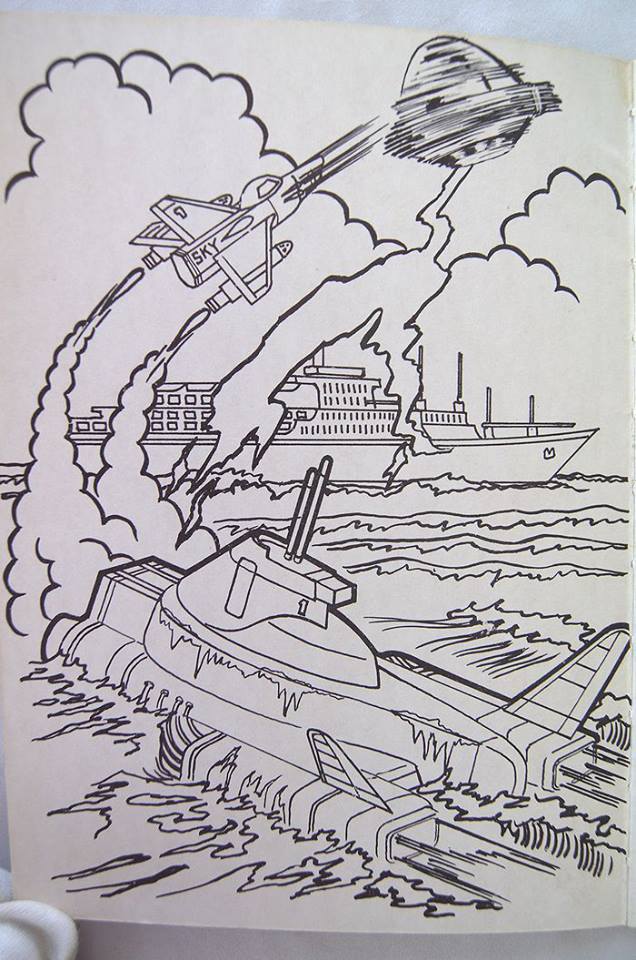 Another epic battle, UFO did not scrimp on the special effects. 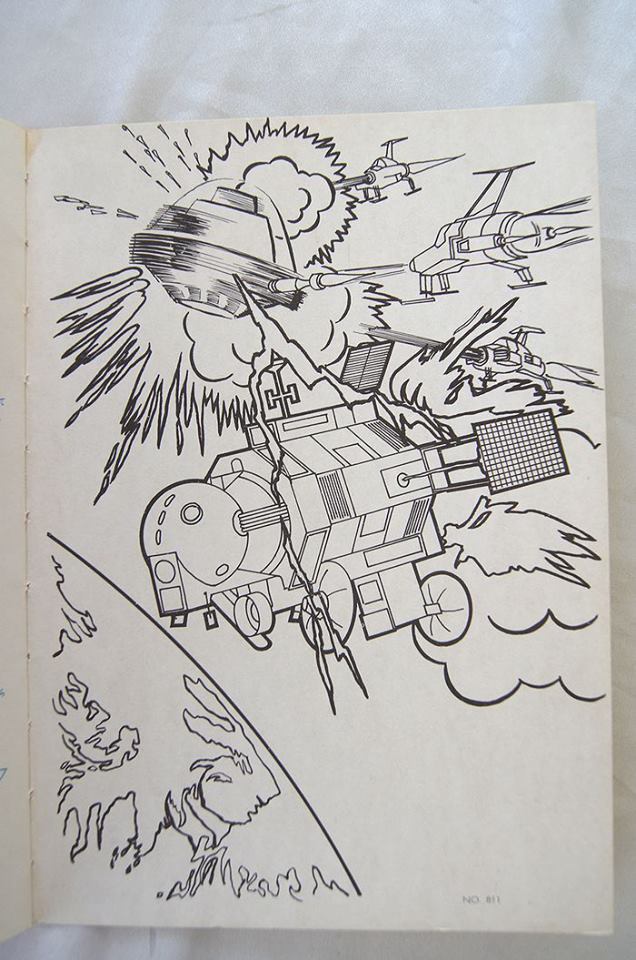 UFO battles take place on land, sea, air and in space on the series. Pictured (very accurately) is the SID which stands for Space Intruder Detector. 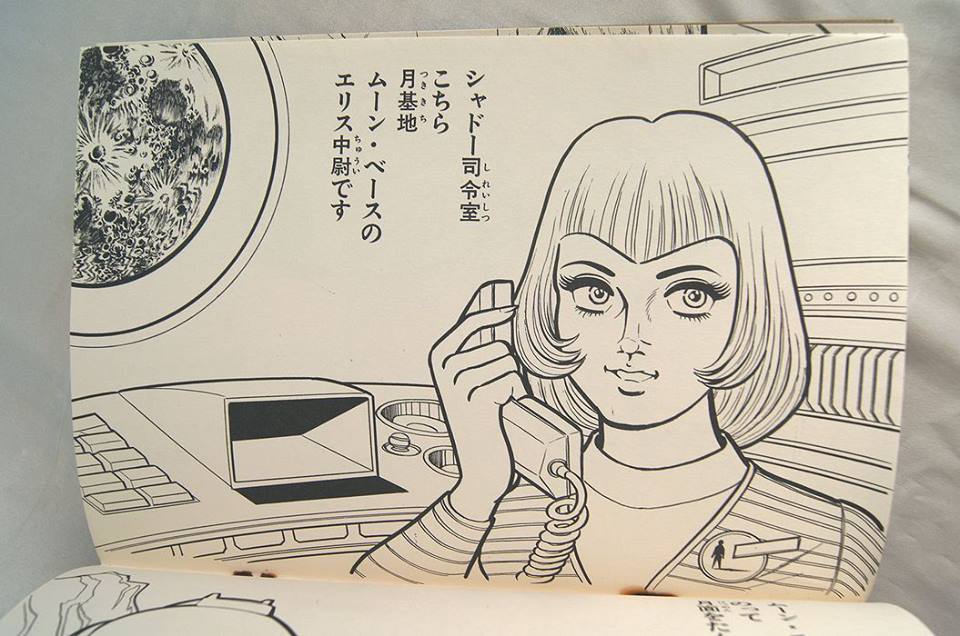 Lt Gay Ellis and he purple hair are one of the more memorable features of the series, at least if you are me……

Thanks for the look inside Jim!  If you are a big fan of all thing SHADO be sure to check out the
S.H.A.D.O U.S.E.C.C facebook group.