UFO by Purnell (1971)
One of the nicest things I received at Mego Meet was this colouring book, which frankly, I didn’t know existed until it was placed in my hands.


The one caveat my pal Corey had was that he hoped it would be featured on CBT. Wish granted!  (One little bit of trivia, the striking woman on the cover is Dr. Strange’s real life mother)

While filled with colourful costumes, purple wigs and cool tech, Gerry Anderson’s UFO is also a show that featured dark story lines and adult themes. It doesn’t exactly scream “Children’s colouring book” which of course, makes it all the more delicious to me. (See Dune)


Grab your crayons and join me after the jump. 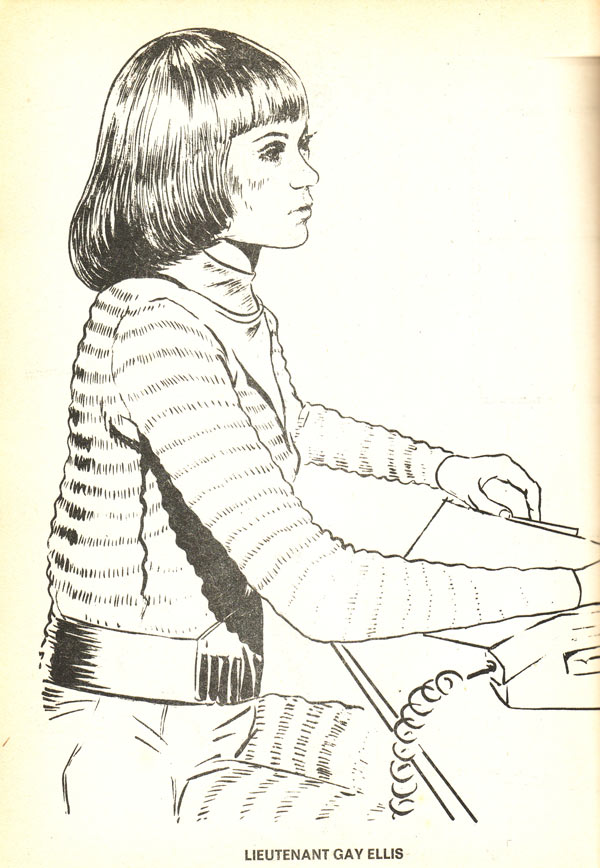 Not surprisingly the book is done by a mix of artists, mostly working from stills. Artistically it goes from attractive to kind of phoned in.  The hilarity stemming from the editors complete lack of knowledge/caring about UFO.
The picture of “Gay Ellis” above is actually Joan Harrington. This is the kind of detail kids probably ignored and only upsets middle aged dorks like me. 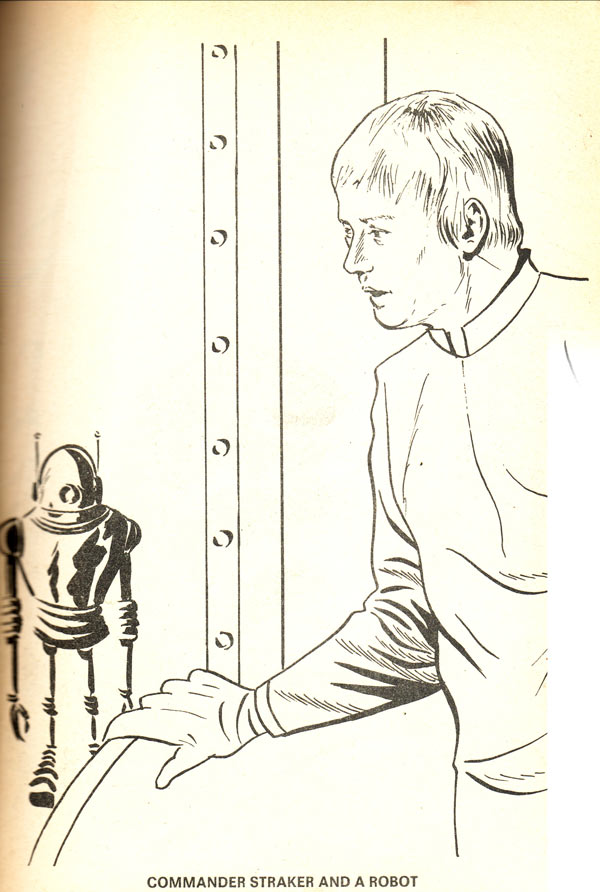 Commander Straker and a robot, I think it’s funny that although the show has moon bases, space ships and other bric-a-brac that they needed to add a 1950s robot to spice it up. 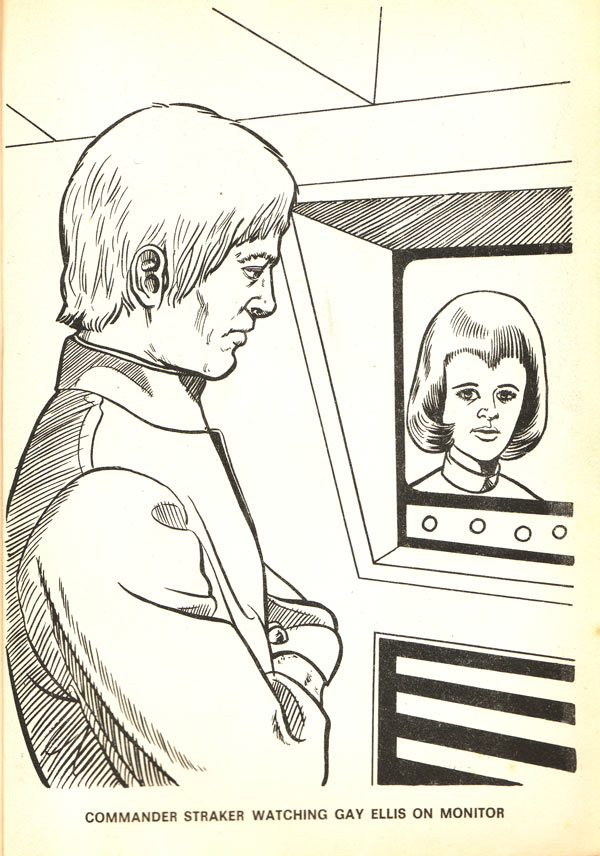 Straker was a lonely, lonely guy. Nope that’s Gay Ellis, which the book gets right half the time. There is also three versions of this portrait in the book. 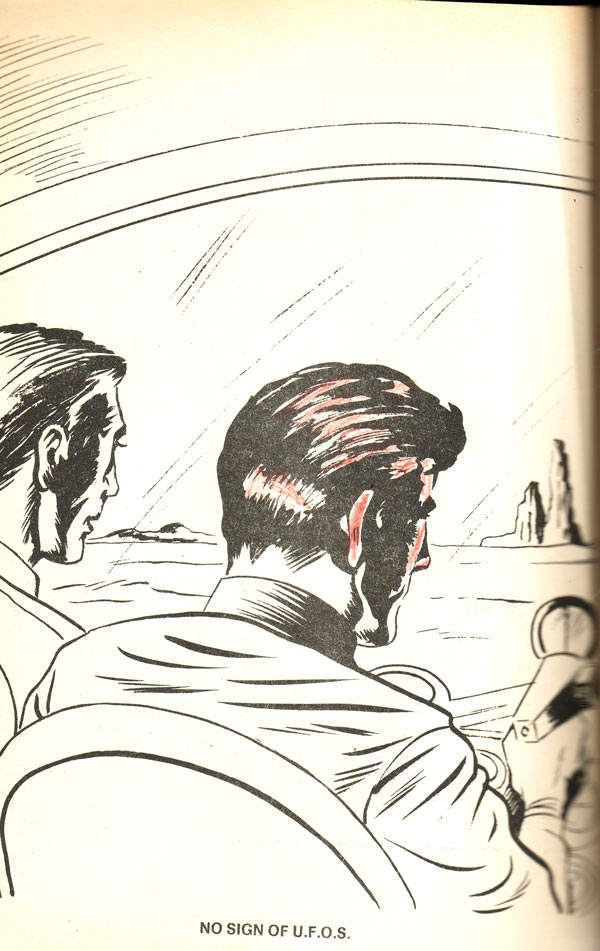 And thank goodness, wouldn’t want to colour something interesting. 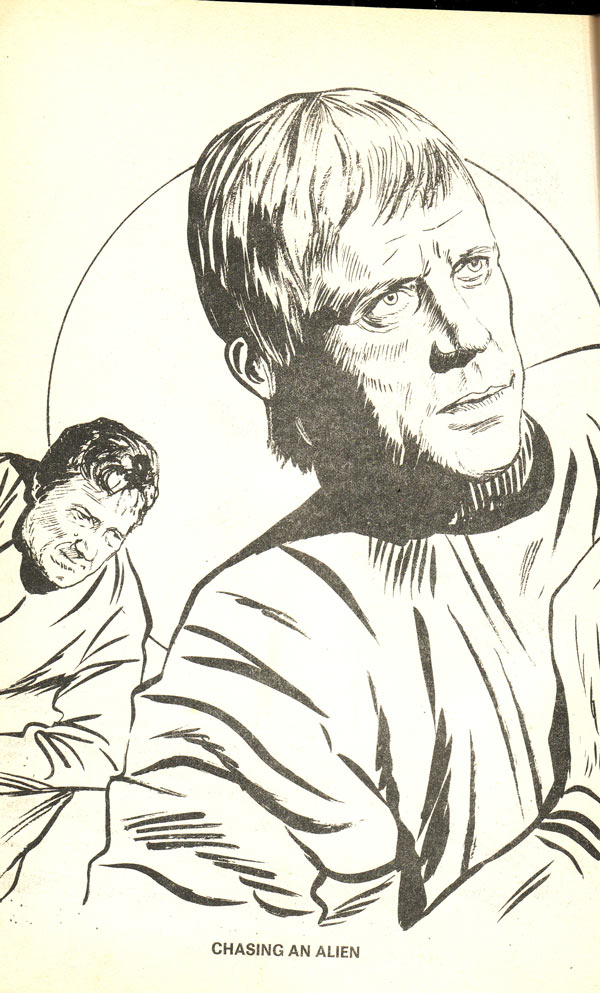 They look more like me getting off the couch than running. 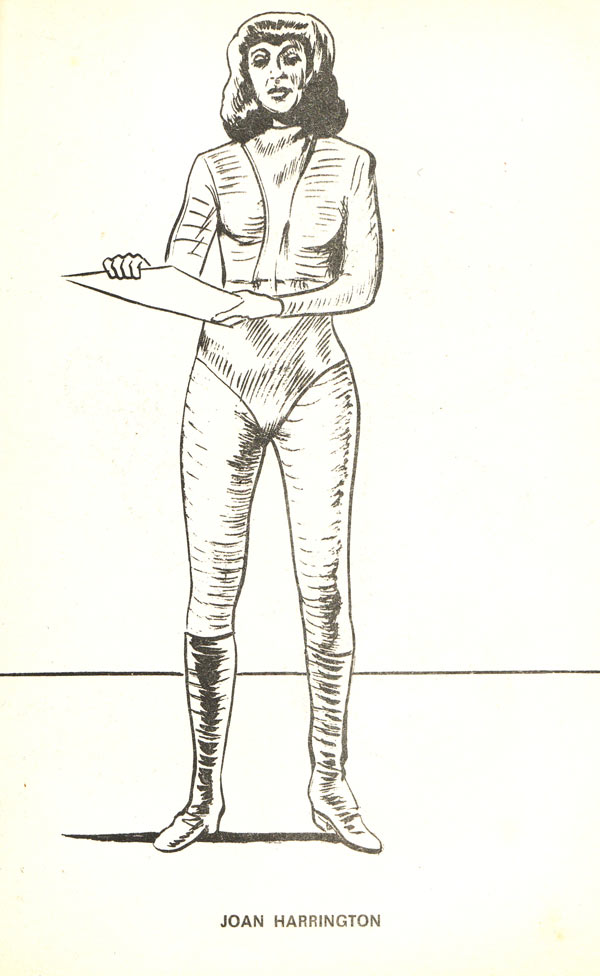 Ok Colouring book, this is lazy, even for you. Not everyone on the moonbase is named Joan, that’s Nina. (trust me, I know my purple haired moongirls!) 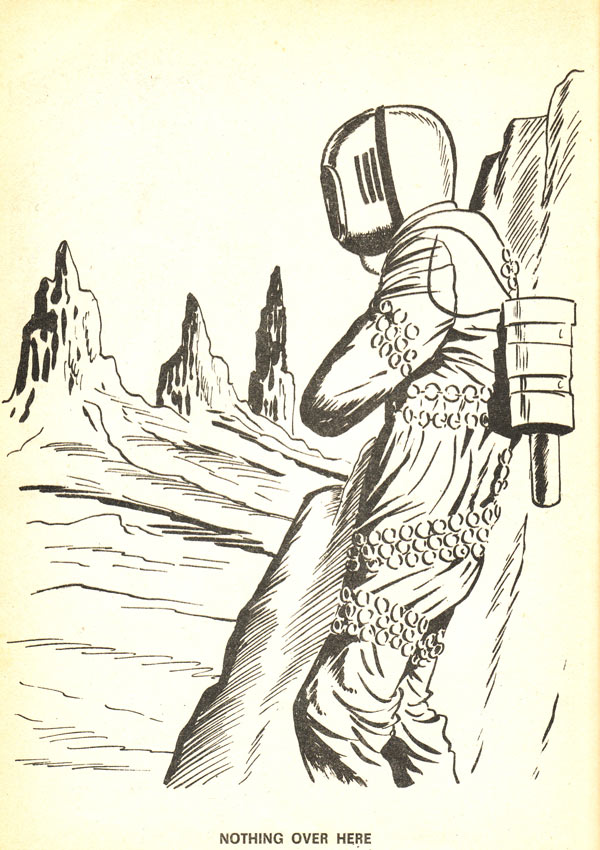 Nope, certainly no flesh hunting aliens looking to harvest your organs. Move on….

This book seems to not realize who the bad guys are, the aliens are called “Astronauts” and so are the actual astronauts. 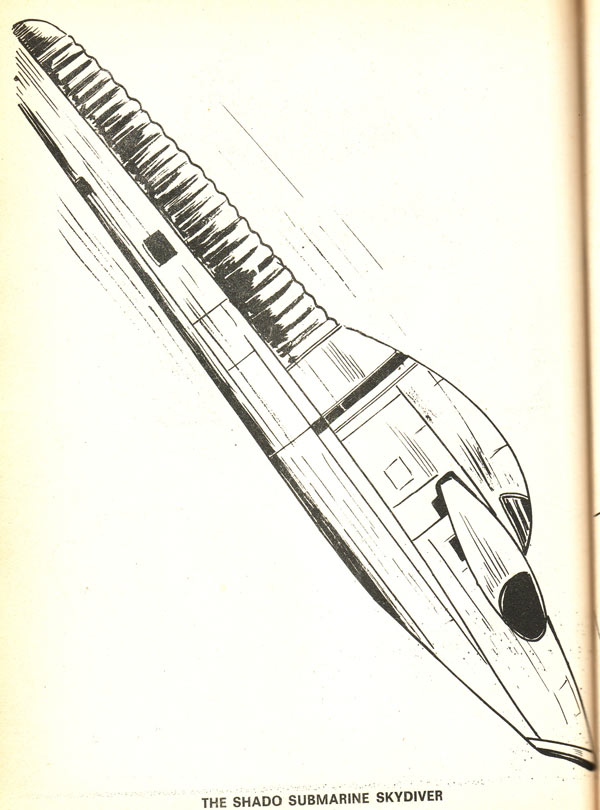 The book features a lot of drawings of the lunar module in space, they always call it a submarine. Submarines are spaceships now. The book never shows the real submarine.
I don’t know if it shows but I seriously adore this book, it’s awesome.