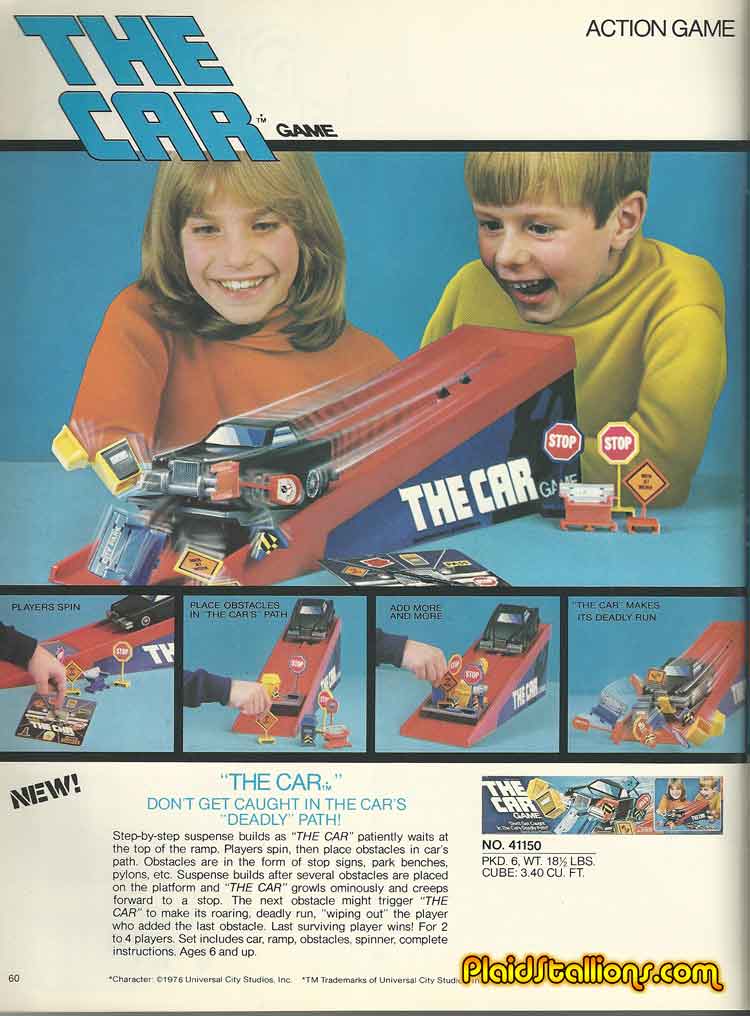 Kenner The Car Game
The folks at Kenner did some incredibly smart moves like the Six Million Dollar Man and Star Wars, we can’t forget they also thought up things Milky the Milking Cow and actually tried to market a game based on the 1977 Horror film “The Car“.
For those not in the know, this was a movie about a possessed car that runs people over, it starred James Brolin and it’s the kind of cheese you expect it to be. It’s basically “Jaws” but with a demonic car that can teleport around and kill people.
The Success of Ideal’s Jaws game probably had a lot to do with the inspiration to spin-off merchandise from this movie, but it’s a little dark for kids. The Car opened to poor reviews (although it’s found a cult following and earned a sequel in 2019) but to my knowledge, the Kenner The Car game never hit store shelves, which I am kind of bummed about, I would love to play this!