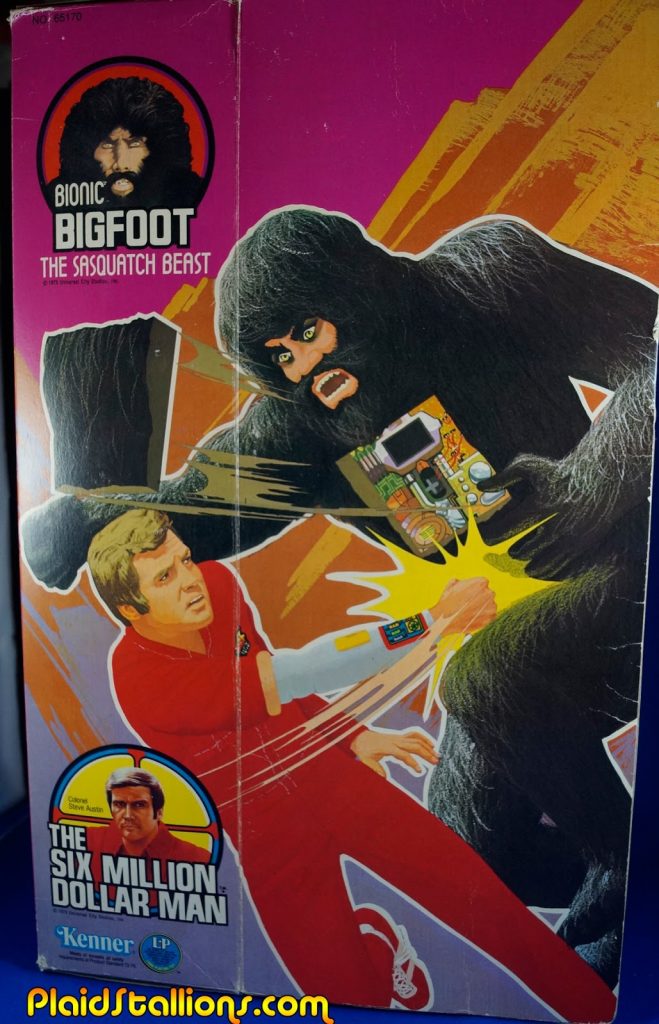 OK, so this isn’t the biggest toy to start off with but this toy inspired this week’s theme, so there.
I recently came across one of these at a semi-local comic shop called Big B. I never tracked down an affordable Bigfoot and the combination of the price being in Canadian dollars, a “Make offer” button and two cans of “Spaten” made this purchase a lock. 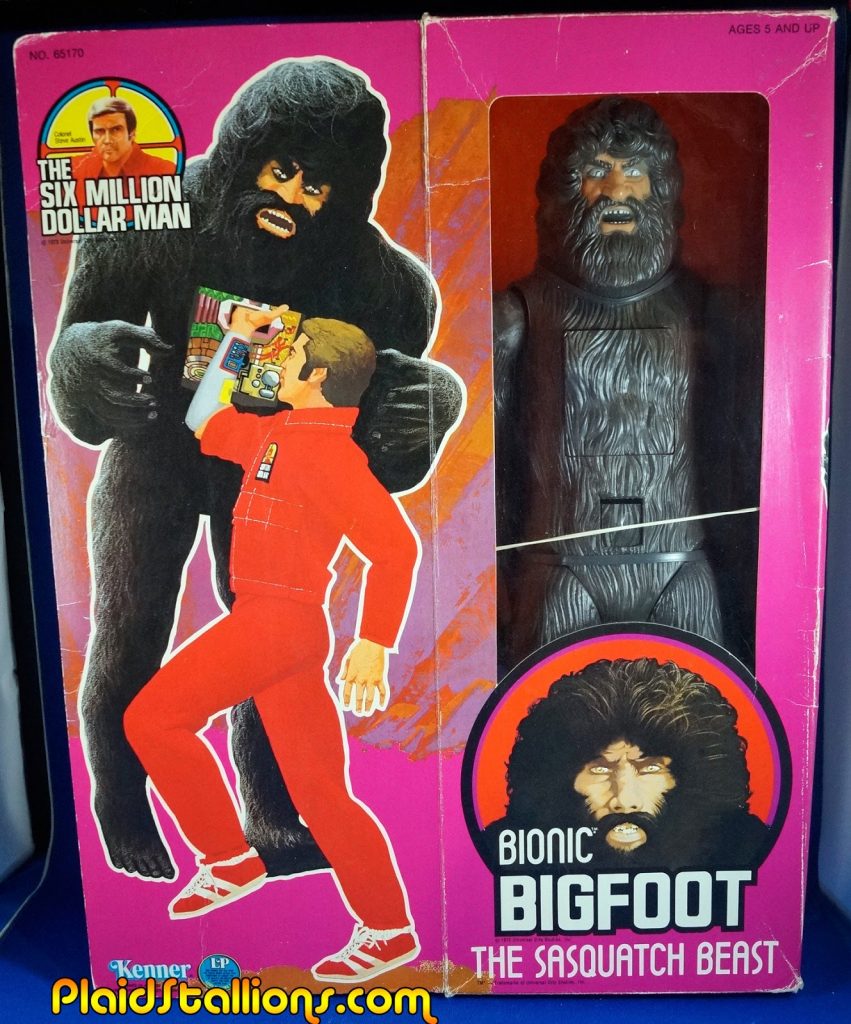 I think this is the first time I’ve really looked the box since Christmas 1978, in fact, that “Bionic Pink” is now tied to Christmas memories as it was a staple from 1975 to 1978.
It’s pretty obvious that this doll is based on the Ted Cassidy portrayal.
Its fun to reunite with an old childhood friend, like a lot of kids, Bionic Bigfoot would end up being my final Bionic Man toy.
He certainly was well made and one of my favourite characters from the show, however  I played with him a whole heck of a lot less than the other figures in the line. 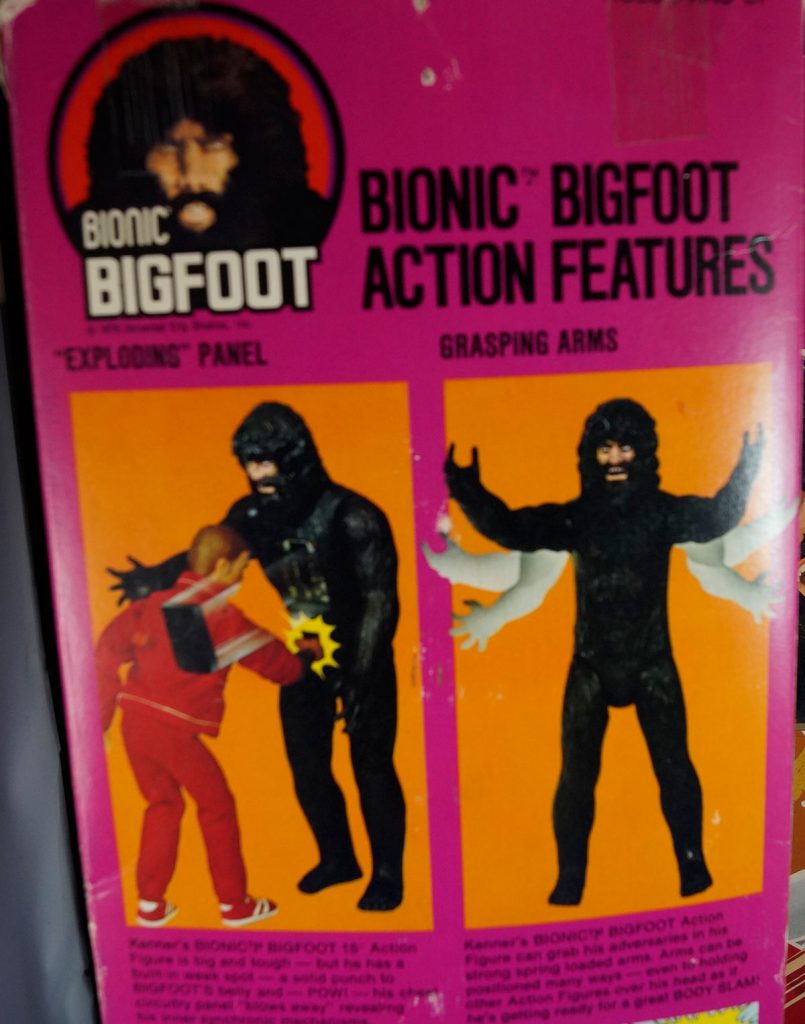 This probably had a lot to do with his lack of action features (Hey, Maskatron makes everyone look like a poor cousin here but “Grasping Arms” aren’t exciting) and the fact that he seemed to come so late in the game. The “Six Million Dollar Man” was in its fifth season and by Christmas 1978 I had already become enamored with Star Wars. 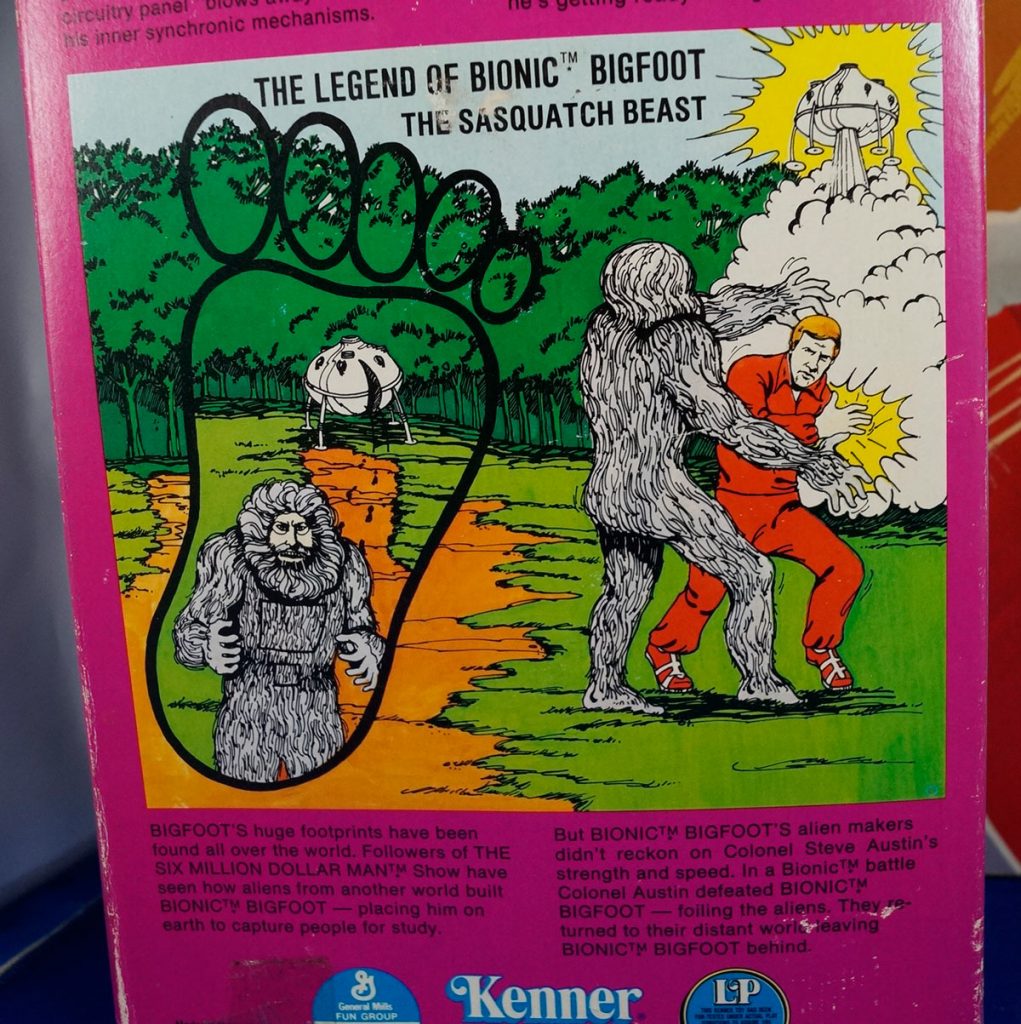 Much of my Bigfoot play was reserved to playing a “Giant Wookie” for the 3 ¾” line or later as a poor man’s Chewbacca for my 12” Han Solo doll.

Still, in mint condition in 1985, I sold my childhood Sasquatch at a yard sale for $2.00. That still kind of stings, it’s nice to be reunited.