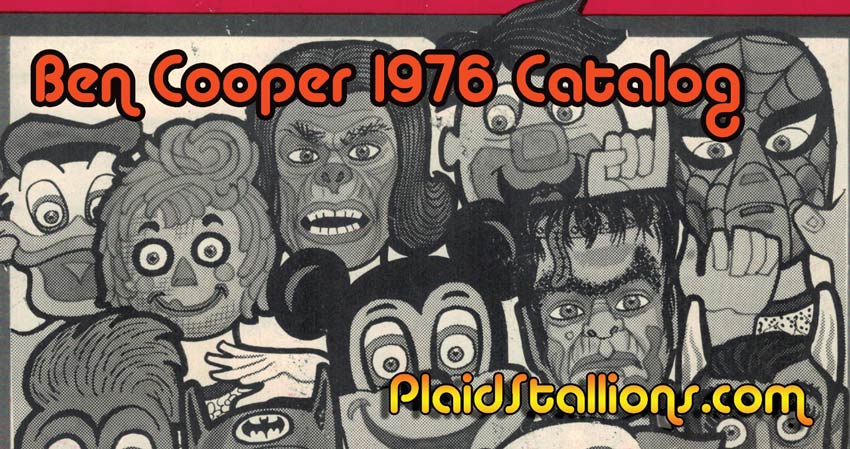 Ben Cooper was the leading manufacturer of Halloween costumes and Novelties in the United States during the 1970s. 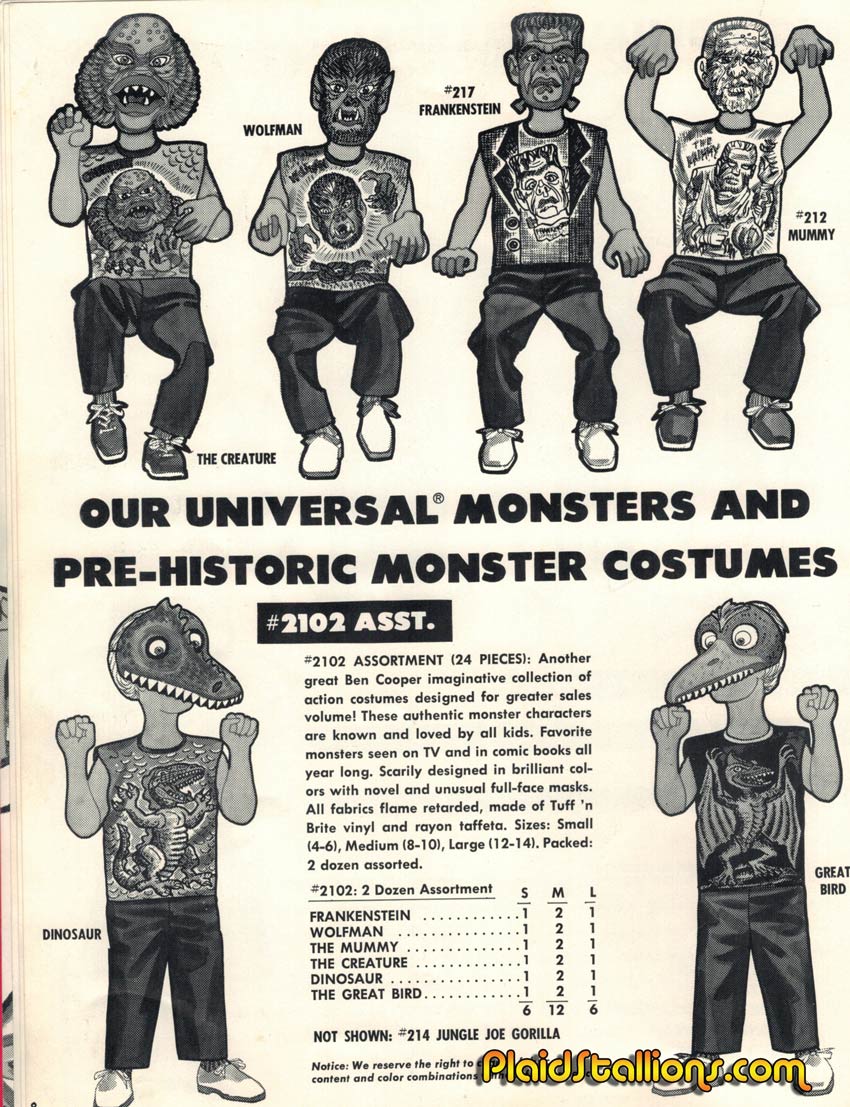 This extensive 1976 catalog really demonstrates the power house licenses they had from the Universal Monsters and Mickey Mouse, the Superheroes of both Marvel and DC to TV sensations like the Six Million Dollar Man and the Sleestaks, Ben Cooper had almost a stranglehold on what kids liked . 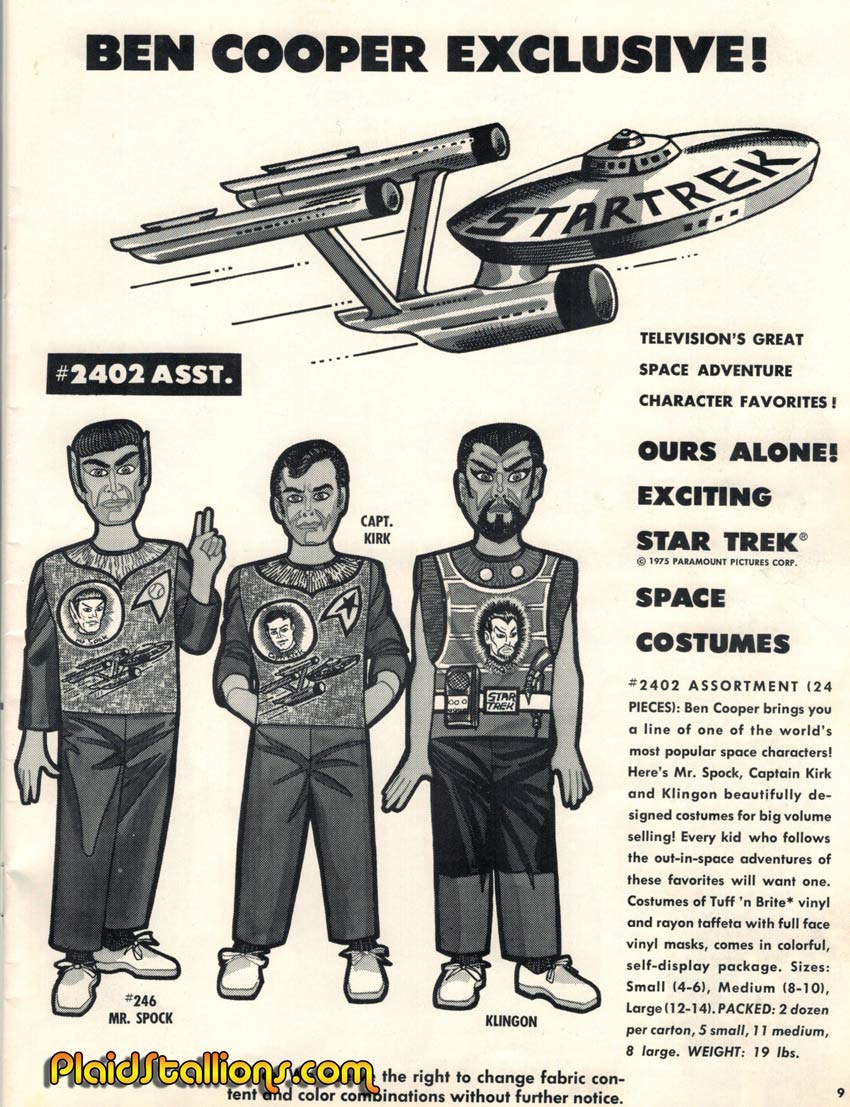 Dig into a true piece of 70s heaven with the 1976 Ben Cooper Halloween Catalog.