Arco Toys The Other World Catalog 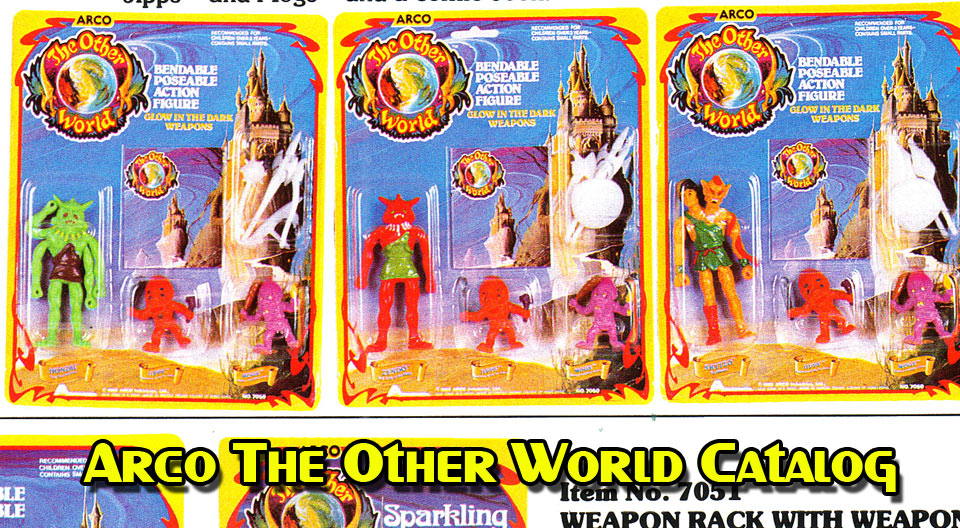 Arco’s the Other World was one of many fantasy toy lines that came out in the early 80s to cash in on the “Sword and Sorcery” craze lead by Mattel’s Masters of the universe.

Unlike many of it’s competitors the line had no cartoon to back it up (although comic books were included in it’s packaging) and the figures were all bendable. I seem to recall seeing these at lower cost shops, the Regal catalog and Woolco as a teen.


The Other World is also a colourful line filled with imaginative characters like Jipps and Moggs, well worth checking out.


Check out the Other World Catalog here.