AHI Dracula on the card

I had a nice contribution by a fellow named Bob last night of this Azrak Hamway Dracula on the card. I actually didn’t have this version in the AHI Monsters gallery so it was a welcome addition. 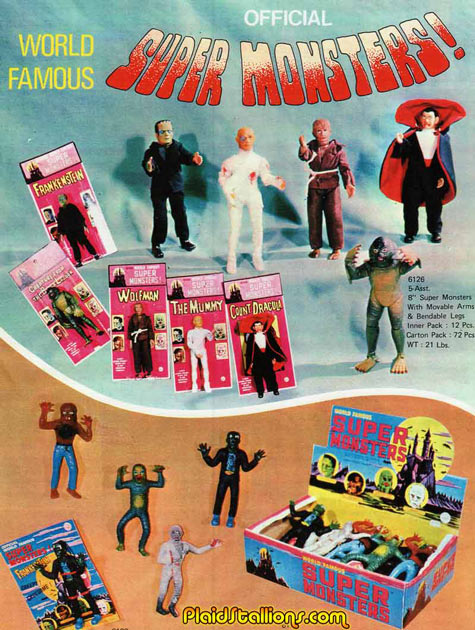 Dracula was sold in the AHI Official World Famous Super Monsters wave but in a way that distinguished him from the other monsters. The other monsters aren’t mention on the card, nor are the monsters, just a huge portrait of Dracula.


Dracula didn’t get a jiggler or a water pistol and his Bend N Flex figure looked more like Christopher Lee to be honest. 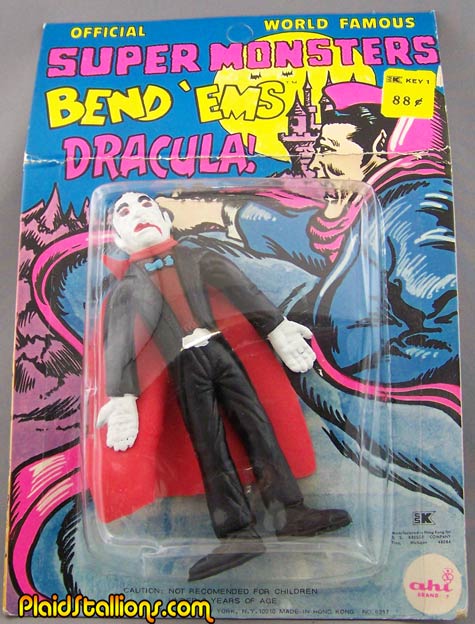 It’s largely assumed this was due to ongoing litigation between Lugosi’s estate and Universal Studios.


Most licensed 70s Dracula stuff is somewhat generic, the AHI Dracula is really no different

One of the more puzzling items is the presence of Bela on the card art.


I’m assuming that use of his likeness on packaging was somewhat undefined at the time because his does appear on packaging, trading cards and other items but never in figure form.