Kenner Sea Wees were introduced to the market in 1979 and were an immediate hit that would last six years. In the toy world, anything that runs for 3 is considered a success. The Sea Wees concept were a series of  small mermaid dolls packaged with a baby and a sponge item that encouraged bath time play.

Kenner was quick to change up the theme each year and for 1982, they introduced The Tropigals series of Sea Wees. While basically the same concept, the Tropigals now had grass skirts and a pet. In later years there would be changes to the formula including an Ice theme. 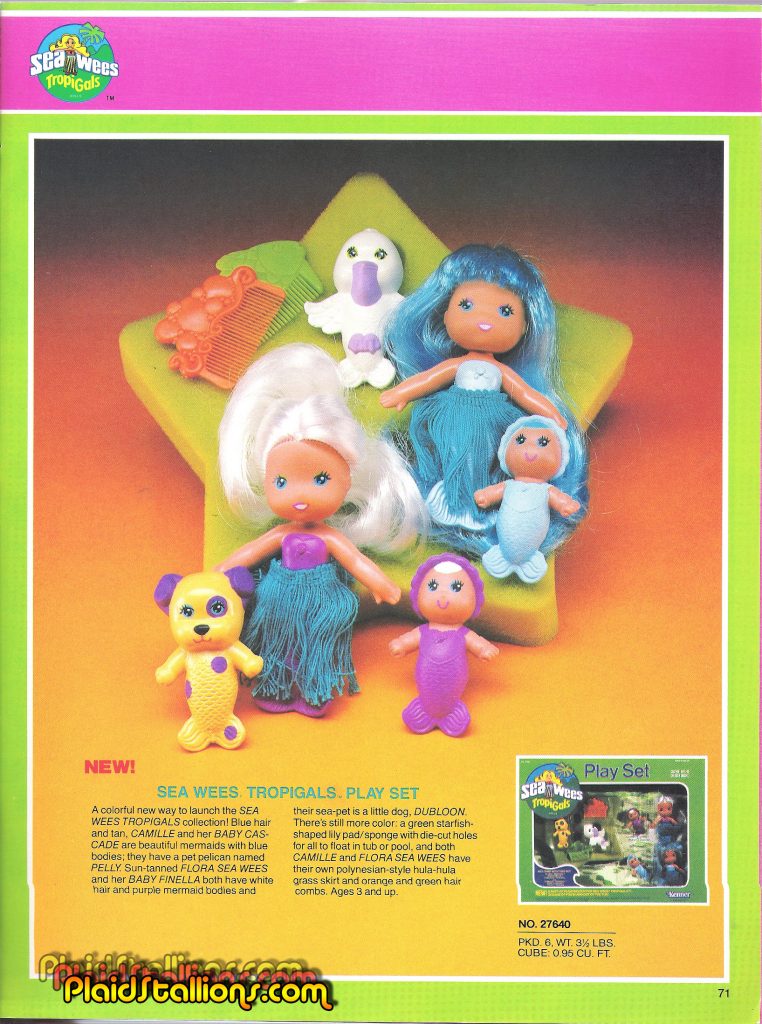 The Kenner Sea Wees Tropigal Playset appears to be more of a deluxe set, a bundle of items. 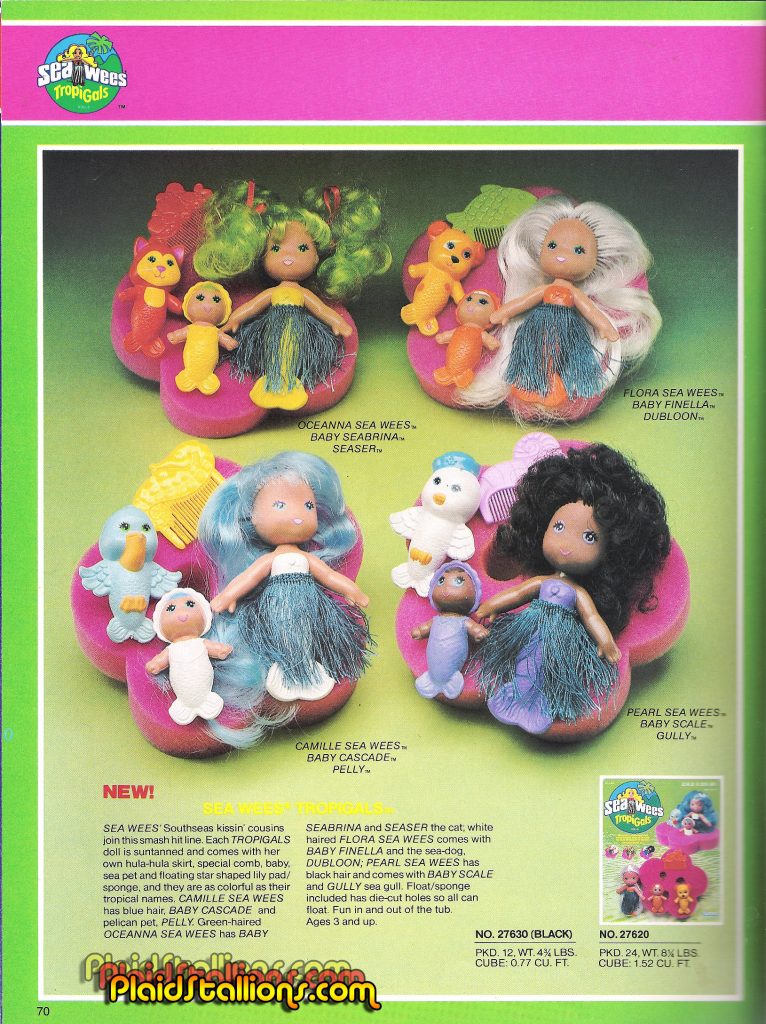 Four characters were introduced that year, Camille, Oceanna, Seabrina and Flora. I really want to work at the Kenner department of “Sea related puns”.