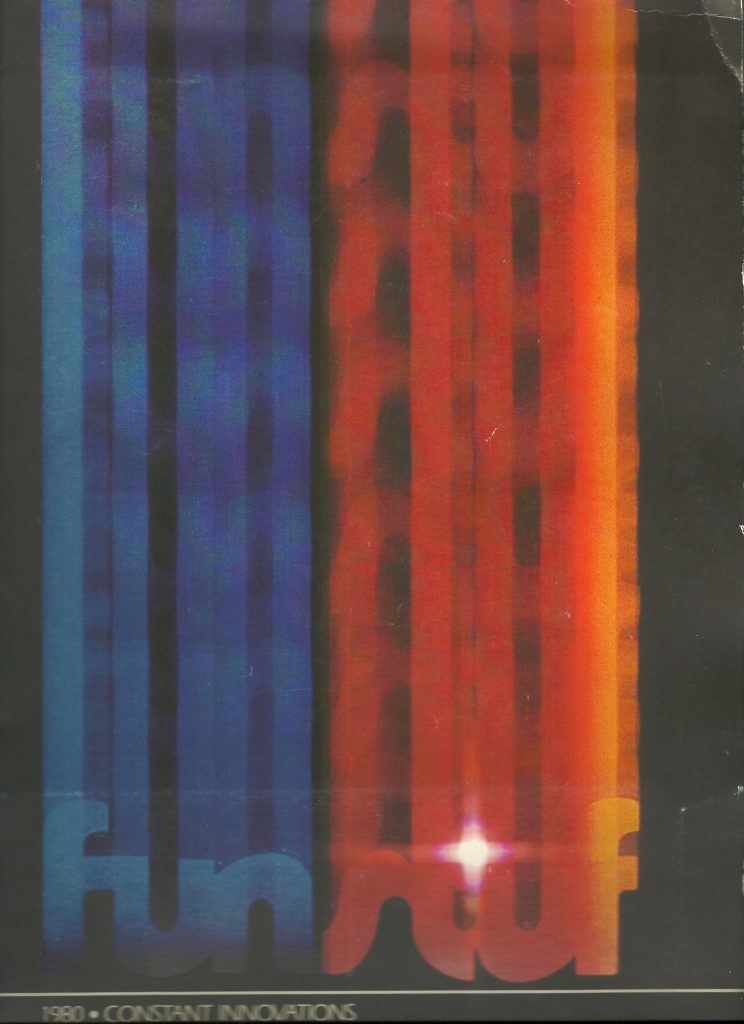 Funstuff utilized the hot licenses of the day including the Marvel Superheroes, comic strip characters and the Universal Monsters and managed to create some very fondly remembered items. He’s more “Grampa” than “Bela” but funstuf Dracula is a great looking toy. 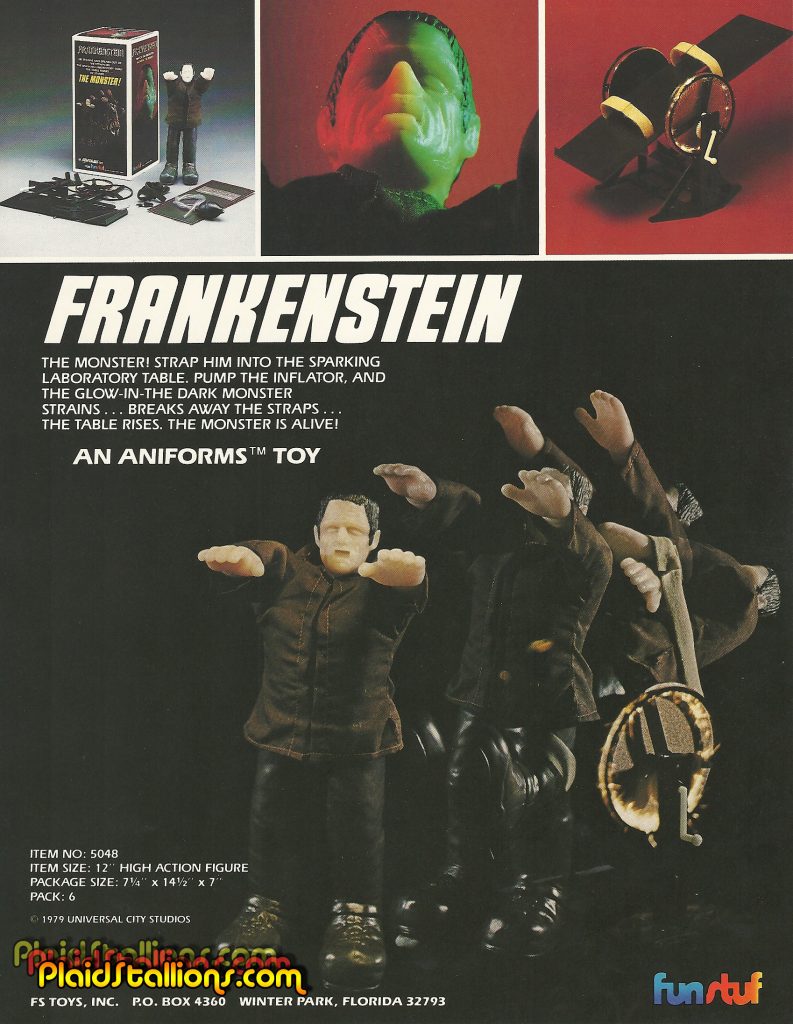 The Frankenstein Aniforms is a favourite among Monster collectors 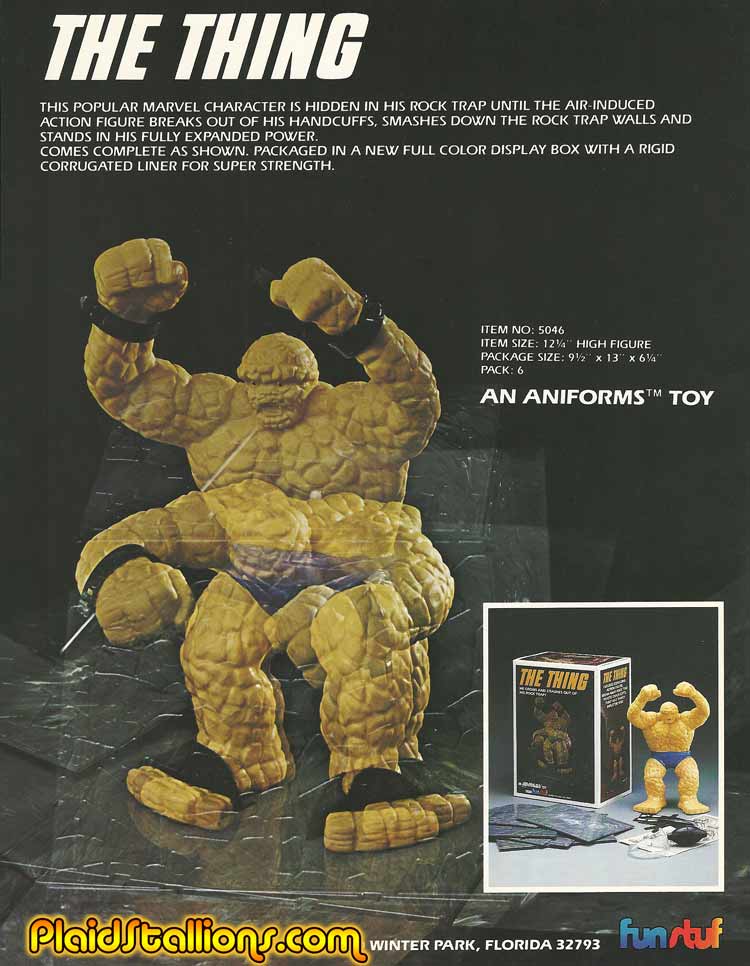 Can you believe that this is one of the very first figures ever produced of our blue eyed Benjy Grimm. Despite being a popular character for decades, he just didn’t see much merchandising. 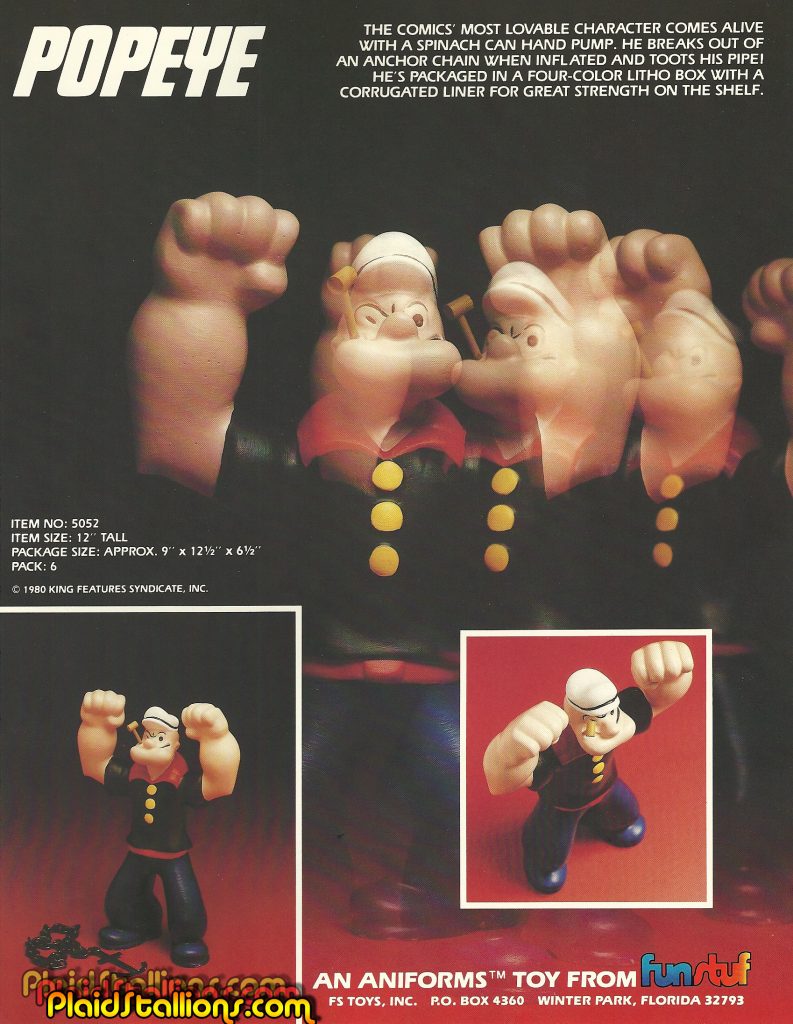 Popeye was likely included due to him having an upcoming major motion picture, Funstuf was wise to not make the figure look like Robin Williams. 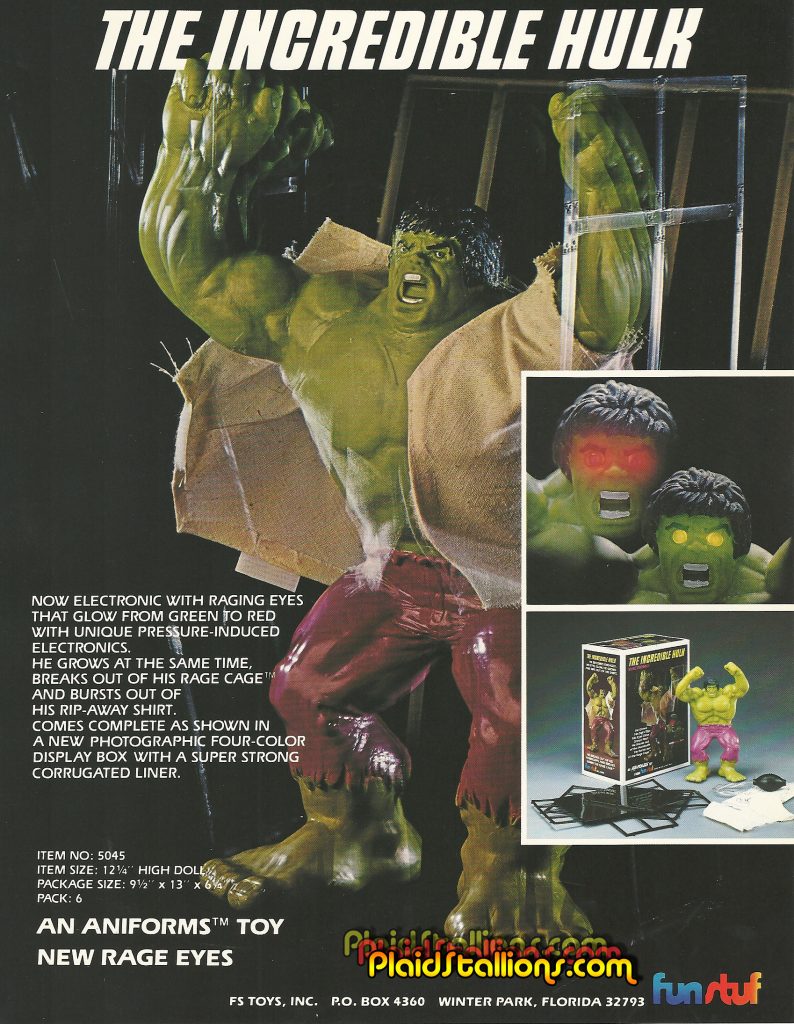 The Hulk was likely the best selling aniforms figure ever made seeing as he was still cresting on the popularity of his CBS TV series, 1980 saw the introduction of the creepy “Rage Eyes” on the figure. I have never seen this version in real life however. I kind of want this now, it would make my bathtime fun! 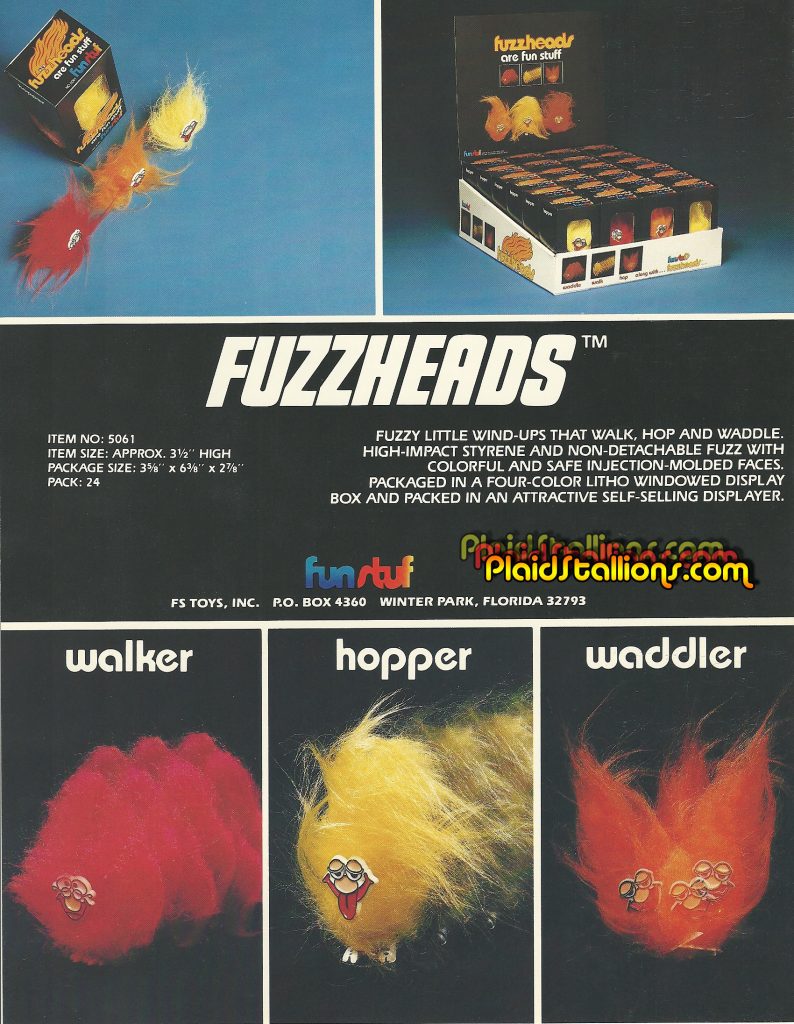 While I’m not sure the world needed walking Troll dolls, I also wouldn’t be surprised if these sold really well. 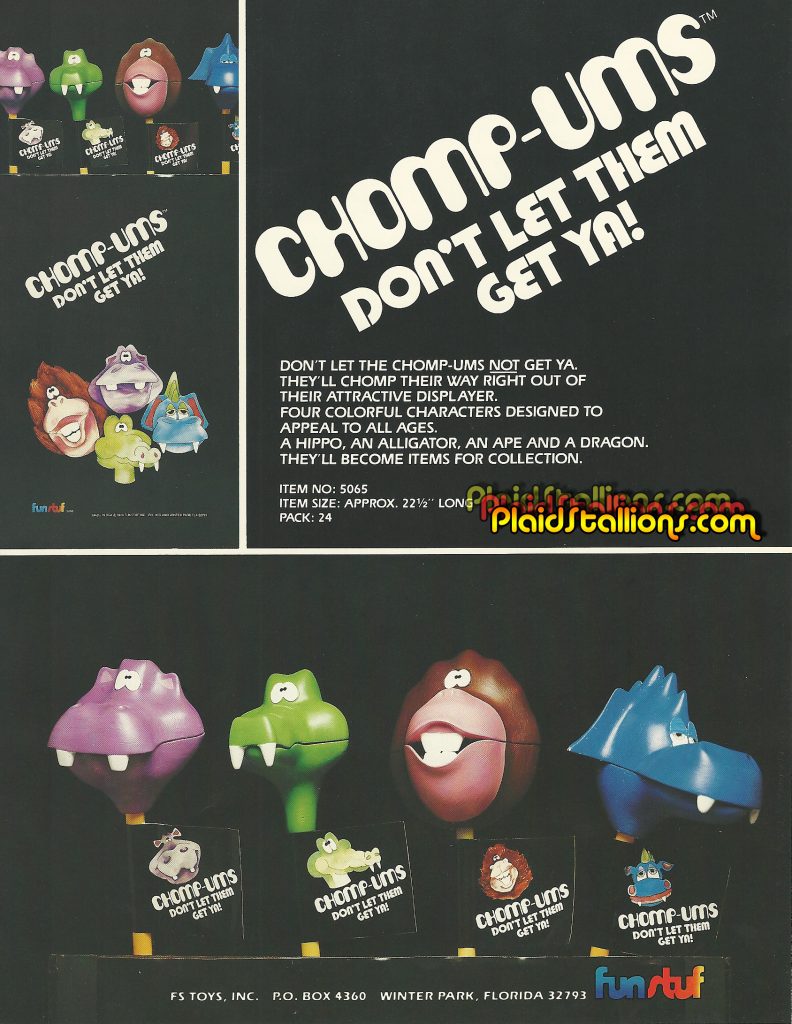 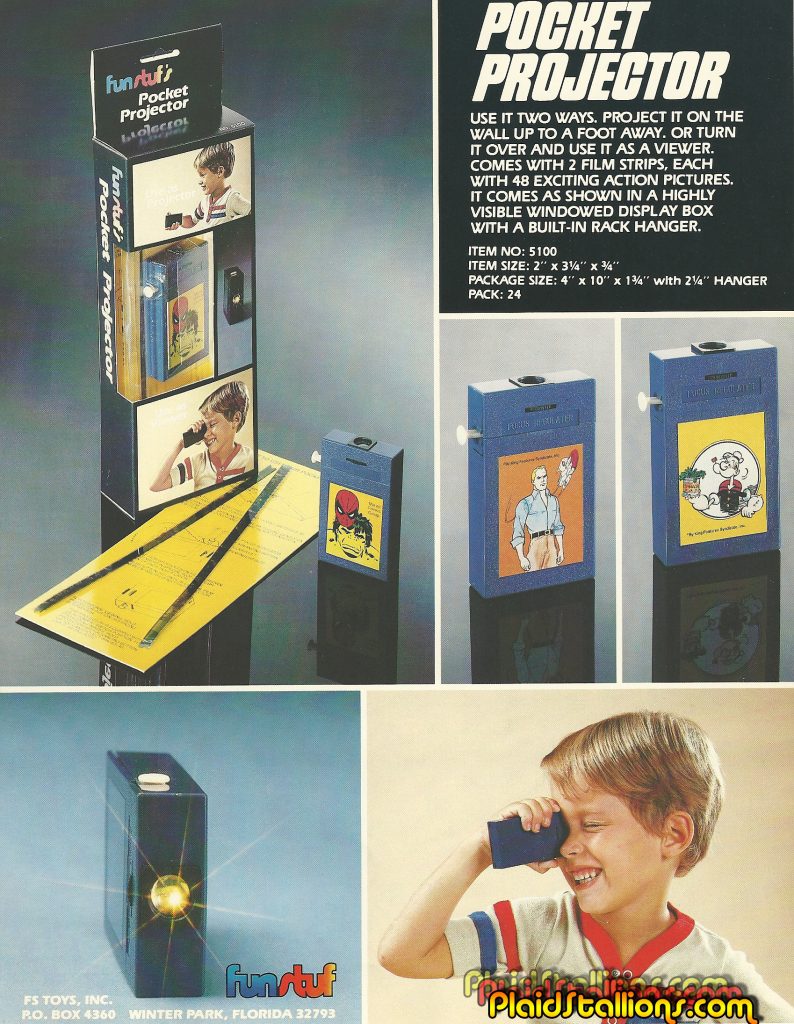 The pocket projector is one of those things that would likely amuse the hell out of me as an adult, let alone as a kid. 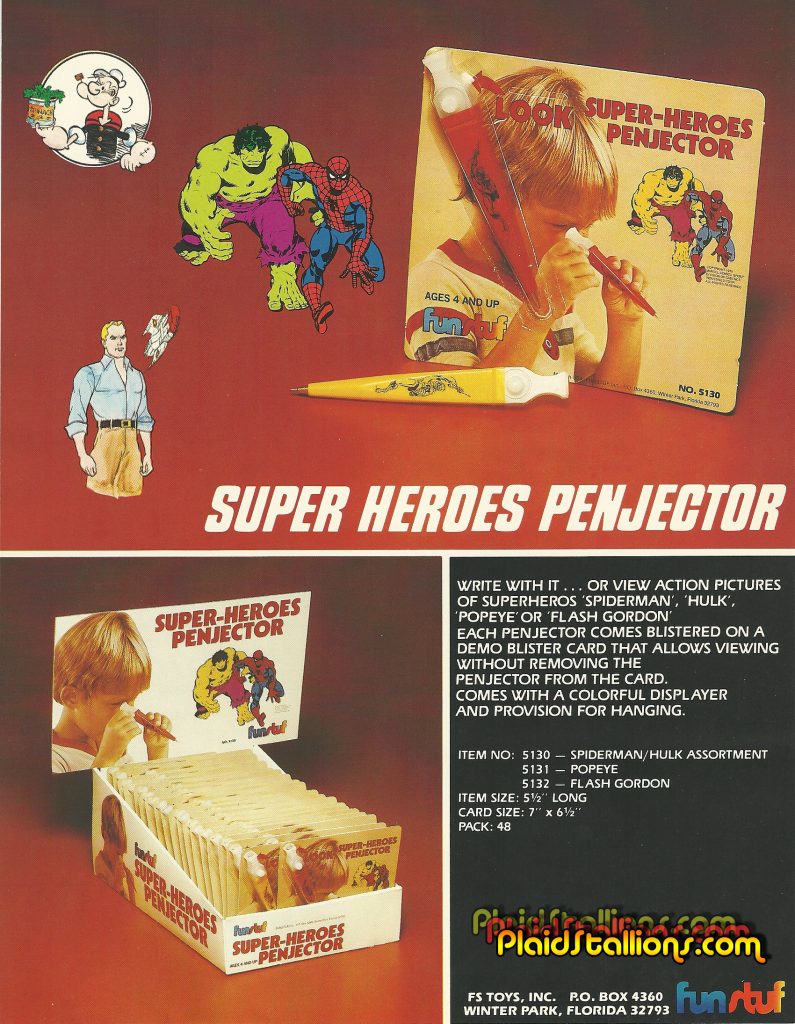 Penjector- Not quite a pen, not quite a projector. Nice to see Flash Gordon though.. 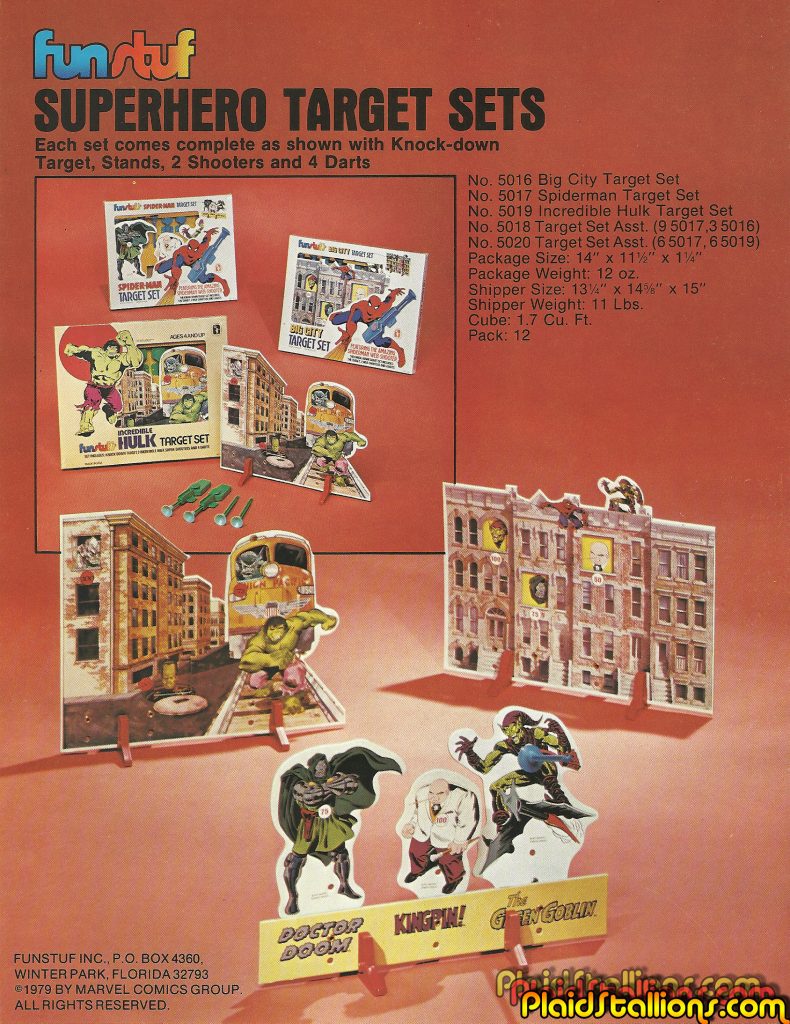 These target sets seem to be spun off from the webshooters that funstuf marketed for much of the 1970s.

Our book Rack Toys, Cheap, Crazed Playthings is now available again and if you order through our Amazon Affiliate link, it helps the site as well!